Samsung grabbed headlines at Mobile World Congress (MWC) with the S9 and S9+, but buyers on a budget still have something to get excited about.

Several sub-£200 phones have been shown off at MWC here in Barcelona, and we’ve had our hands on them for some initial impressions.

Features typically found on premium smartphones, such as dual lens cameras and facial recognition, are trickling down the price ladder. Below, we’ve rounded up the cheap phones that caught our eye at MWC.

This is the cheapest Alcatel smartphone of 2018, coming with a 5.3-inch display and 16GB of storage. It’s being touted as the first smartphone with an 18:9 screen that costs below €100.

As it has just 1GB of Ram, Android Oreo (Go edition) comes pre-installed. Android Go is purpose-built for smartphones with low amounts of memory: non-essential features are removed, making the Google apps on board run more smoothly. 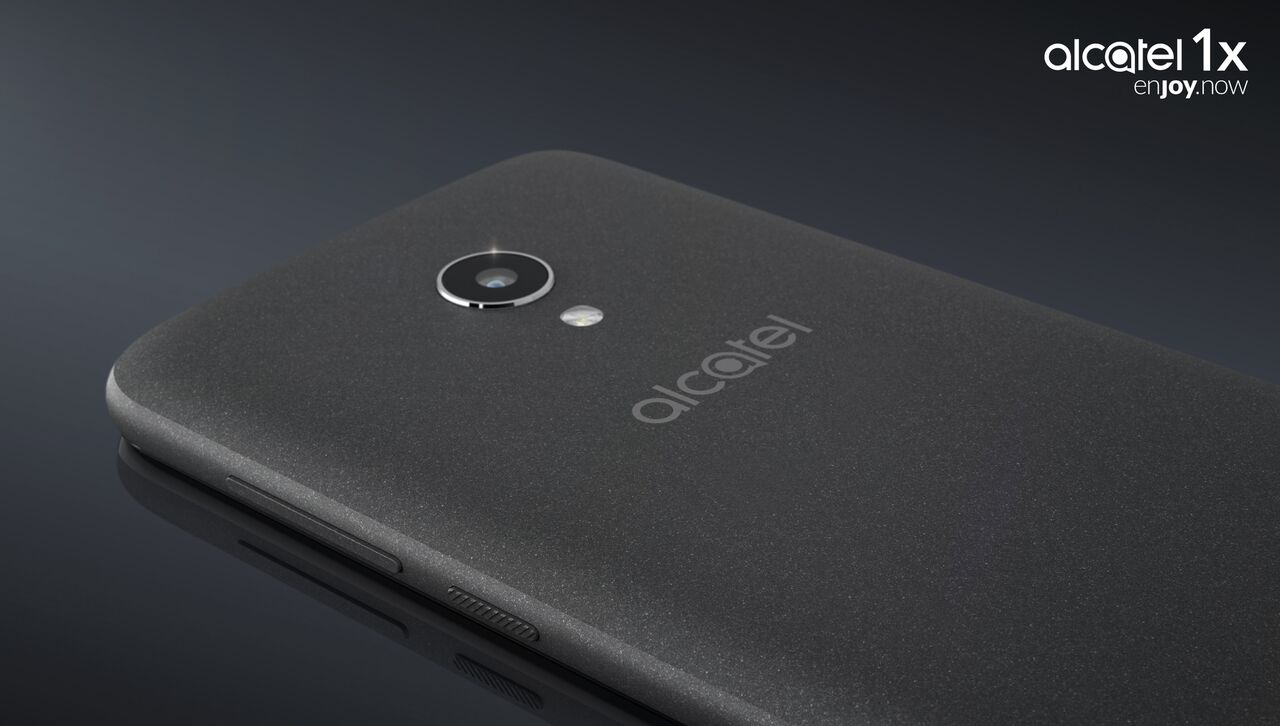 The 1X could be an option if you want a phone that can manage basic tasks and take decent pictures. It has an 8Mp rear camera and a 2Mp front camera.

There’s no fingerprint sensor, but it does support facial recognition. Alcatel refers to it as ‘Face Key’.

The Alcatel 1X will go on sale from April.

Also starring in Alcatel’s refreshed smartphone line-up is the 5.5-inch Alcatel 3. A 13-megapixel camera sits on the back of the phone, and on the front there’s a 5Mp camera for selfies and video calls.

You get only 16GB of internal storage out of the box, but there’s a micro-SD card slot if you need more space for pictures and videos. 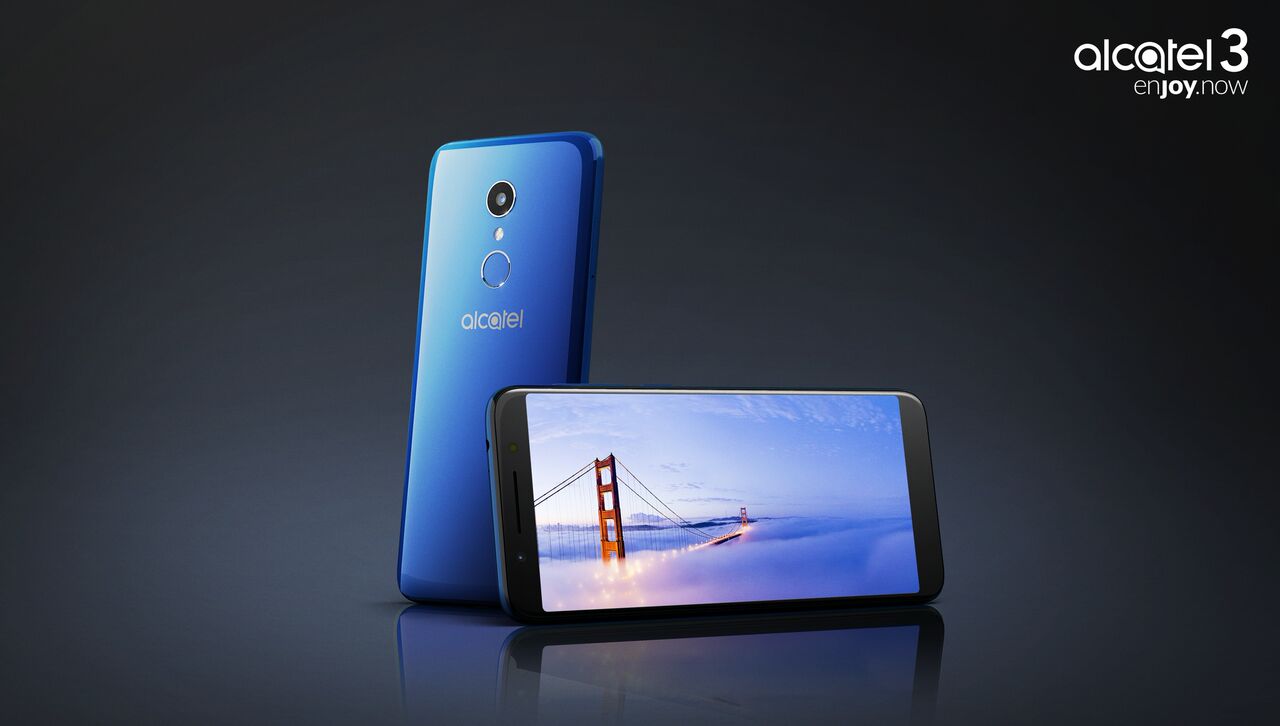 The phone runs on 2GB of Ram and has a fingerprint sensor on its rear. That should mean decent performance for most, but if you watch lots of video and enjoy gaming on the go, you might want to look for something more powerful.

We like the look of the Alcatel 3’s glossy back, but be warned: it’s a fingerprint magnet. Some may find themselves forever polishing it.

The Alcatel 3 is slightly pricier than the 1X at €150. It goes on sale in March.

Previously, Nuu has kept its focus on selling smartphones under £150. But now, it’s launching its priciest smartphone yet, and the company is hoping a feature-packed spec sheet will turn some heads. 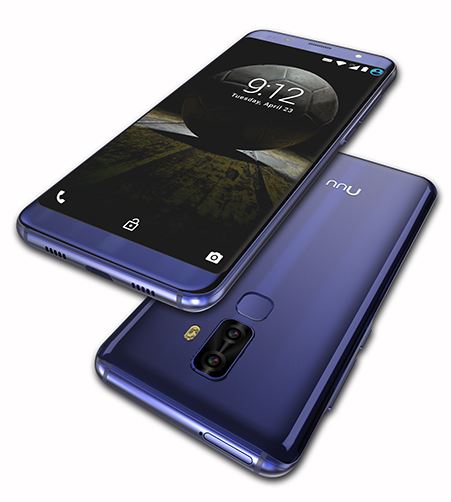 The Nuu G3 has a 5.7-inch 18:9 display. We got a chance to try it out at MWC and were impressed by the vibrant colours on screen.

The G3 runs on 4GB of Ram (good enough for running multiple apps at once) and comes with facial recognition. There’s also a 3,000mAh battery tucked inside.

On the back of the Nuu G3 you’ll spot two lenses, comprising a 13Mp main camera and a 5Mp depth-sensing camera. The 13Mp front-facing camera is wide-angle, so you’ll be able to capture yourself and plenty of the background.

Nuu told us to expect the G3 some time in April, when it will be on sale online for £199. 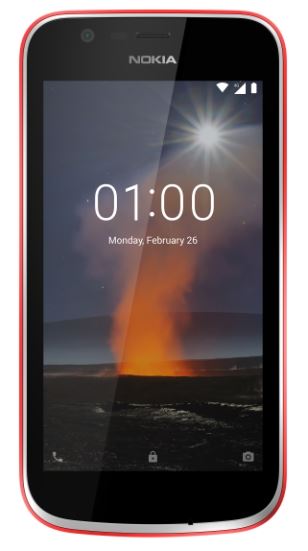 Shopping for a smartphone under £100? The new Nokia 1 is battling rivals for a spot in your pocket.

The 4.5-inch mobile fits snugly in the palm of your hand, and you can inject some personality into it by clipping an Xpress-on cover onto the back.

It ships with 8GB of internal storage, a 5Mp rear camera and a 2Mp front camera, so don’t expect crystal-clear shots from the Nokia 1.

See how we score Nokia mobiles with our Nokia smartphone reviews.

Not everyone wants to splash out on the latest flagship mobiles from the likes of Apple and Samsung. But as our rigorous lab tests prove time and time again, you don’t always need to spend big for a capable mobile phone.

To see our full line-up of affordable smartphones on test, see our guide to the best cheap mobile phones.