Secondary ticketing websites have been told ‘the price you see at the start should be the price you pay at the end’.

The watchdog stepped in after finding the resellers weren’t upfront with people about what the end cost of the tickets were.

Additional ticket fees and charges added at the end of the booking process meant customers were stung with hefty fees, the ASA found.

Secondary ticketing sites are now banned from not making the total ticket price, VAT-inclusive booking fee and delivery fee clear at the start of the booking process.

The ASA also banned Viagogo from:

The ASA found there was a reasonable risk customers could be denied entry with a ticket bought from a secondary site.

ASA chief executive, Guy Parker, said the message from their rulings should be simple and clear.

‘The price you see at the start should be the price you pay at the end.’ He said many of us will recognise the frustration of being happy with the initial price of tickets on a secondary website only to be stung by hefty fees when we come to book.

‘The sector must be scrutinised’

Which? managing director of home products and services, Alex Neill, said it is ‘absolutely right’ the ASA stepped in to prevent secondary ticketing websites from misleading people and potentially leaving them disappointed and out-of-pocket.

‘With people increasingly finding that they have to buy tickets through secondary sites, the sector must be closely scrutinised and action should be taken against companies that aren’t playing by the rules. 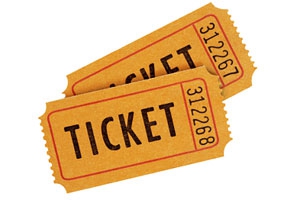 One in four tickets end up on secondary ticketing sites

A Which? investigation published in July last year found more than a quarter of tickets for comedian Jack Whitehall’s Eventim Apollo show ended up on four secondary sites – GetMeIn!, Seatwave, Stubhub and Viagogo.

The investigation also found 17% of tickets for Lady Gaga at the O2 Arena in London and 15% of tickets for the first night of the BBC Proms at the Royal Albert Hall were listed for sale on secondary sites.

Which? found that the way tickets are re-sold makes it difficult for consumers to make an informed decision about what they are buying.

Don’t get ripped off by a secondary site

We have a free guide about how to protect yourself from dodgy ticketing selling online and how to claim your money back if it goes wrong.