Britax Römer has today issued a voluntary recall of its Dualfix car seat over safety concerns. Anyone with an affected seat should stop using it immediately.

Only models made between 3 November 2017 and 22 March 2018 are being recalled. Britax Römer says that the component identified has only been used on the Dualfix, not on any other Britax Römer car seats.

The problem was identified during routine tests and the company has not received any reports of incidents relating to the issue.

We’ve put the Britax Römer Dualfix through our rigorous tests that go further than the manufacturer’s – discover what we found.

What to do if you have a Britax Römer Dualfix

Each Britax Römer seat has a unique serial number. If you’ve bought a Dualfix since November 2017, enter the serial number into the checker tool on the Britax Römer website to confirm whether it is affected: www.dualfix-check.com

To find the serial number, you’ll need to: 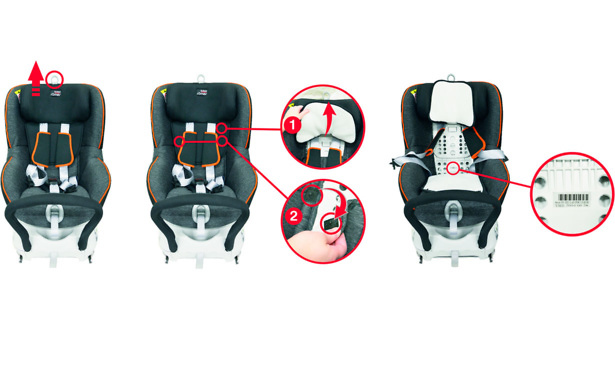 If you’re unsure whether your seat is affected, or if you have a question about your car seat, you can email the address specifically set up for this recall: dualfix-check@britax.com.

Which? tests go further than the standard, as we believe it’s not rigorous enough. Our car seat tests are more representative of real-life crash situations.

We thoroughly test each car seat in a front crash that’s equivalent to a head-on collision at 40mph. But that’s not all, we then perform a side crash, comparable to two cars crashing into each other at 30mph.

These tests are repeated with each seat installed in all the different permitted ways. Using state-of-the-art crash test dummies and sensors, we can accurately pick up precisely how well a car seat will protect your little one in a crash.

We’ve been testing car seats since 1967, and our test results reveal big differences between the seats we test. Some are excellent and will shield your baby or child from serious injury and even death.

But our testing has also found some serious safety issues and problems with installation, meaning they won’t hold up well in a crash.

Make sure you read our car seat reviews and test results, and check out our video below, for advice on buying the best baby or child car seat for your little one.