Some passengers have since been compensated, while others have seen nothing. Which? asked the airline why.

Almost an hour before the plane was set to take-off from Lisbon to Heathrow, staff announced at the gate that the flight was delayed, then cancelled.

What happened next has been described as shambolic by passengers.

Many were forced to spend the night in the terminal, book their own hotel rooms and in some cases had to arrange their own flights back. 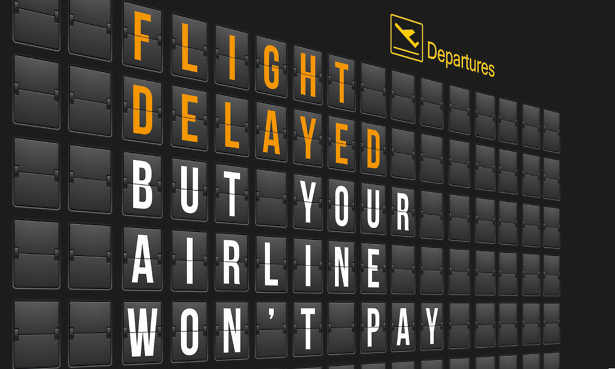 More than four months later, some passengers have been paid compensation, others offered flight vouchers and some who have filed claims for more than €1,000 heard absolutely nothing from the airline.

It wasn’t until Which? Contacted TAP Air Portugal to ask why these passengers’ rights had not been upheld that passengers were finally contacted by the airline.

The airline first offered the passengers flight vouchers which were double in value to the flight cancellation compensation and the accommodation reimbursement owed.

Passengers should be paid cash under the Denied Boarding EU Regulation (Regulation 261/2004 EC).

What happened to flight TP358?

We asked six passengers on the TP358 flight which was due to depart at 19:05 on 12 April 2018 about their recollection of what happened. They all corroborated this version of events.

18:15 – Passengers were told at the gate that there was a problem getting the crew together, so the flight would be delayed.

21:00 – The flight is cancelled and passengers are told someone from TAP Portugal would be with them soon to tell them about hotel arrangements for the night and put them on alternative flights the next day.

Between 23:00 and 00:00 – TAP Portugal staff said they couldn’t find any accommodation, so people would need to look for themselves and the airline would reimburse them up to €60 per room.

After 00:00 – Staff start to re-book flights for different times the next day. Everyone is told there are no direct flights to Heathrow available.

Some passengers are taken to a gate area which had cot beds, while others were forced to sleep in the terminal. Some were able to find accommodation themselves on the outskirts of Lisbon.

Passengers were directed to file compensation claims via the TAP Air Portugal website.

What are your rights when a flight is cancelled?

If an airline cancels a flight and it wasn’t caused by an extraordinary circumstance, passengers are entitled to be reimbursed or re-routed.

This is your right under the Denied Boarding EU Regulation (Regulation 261/2004 EC).

Additionally, if you arrive at your destination more than three hours later than the originally scheduled flight, the airline has to pay compensation.

There are a couple of exemptions to this rule which include by extraordinary circumstances such as extreme weather or civil unrest.

The TAP Air Portugal flight TP358 from Lisbon to Heathrow was medium haul (between 1,500km and 3,500km) and the airline was at fault for the delay.

Passengers were each owed €400, and the airline should pay this in a lump sum, not in vouchers.

If you’re in the same situation as the TAP Air Portugal passengers, you also have the right to assistance in the form of two free phone calls (or emails), food and drink vouchers and overnight accommodation if you’re unable to fly that night.

And if you have to pay for these things yourself you can claim back those costs from the airline. 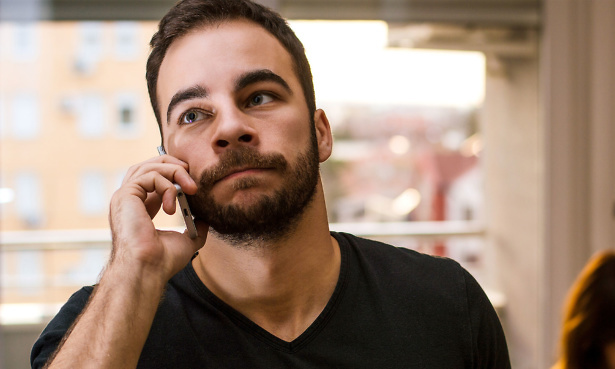 On 22 August 2018, we contacted TAP Air Portugal and asked why it hadn’t rightly compensated and reimbursed their customers.

And we asked why in some cases it had ignored all its passengers’ claims and had not been in touch.

Within hours, all the passengers had an email from a TAP Air Portugal representative, offering either compensation or vouchers.

To those who were offered vouchers, we thought the email looked misleading. The recipients we spoke to told us that they felt they were only being offered vouchers – not the cash they’re entitled to under the Denied Boarding EU Regulation.

Mrs Crew said she believed the instruction from staff was that it would be easier for people to find their own alternative flights, so she booked another TAP Portugal flight for the following day herself. That cost £181.

She then returned to her son’s apartment via taxi and taxied back the following morning. These rides cost roughly €10 combined.

Mrs Crew has emailed TAP Portugal and filed a claim for compensation but has had no response from the airline.

After Which? contacted TAP: She got an email offering €800 in vouchers, which she declined in favour of cash. She’s now waiting to see if they’ll pay out. 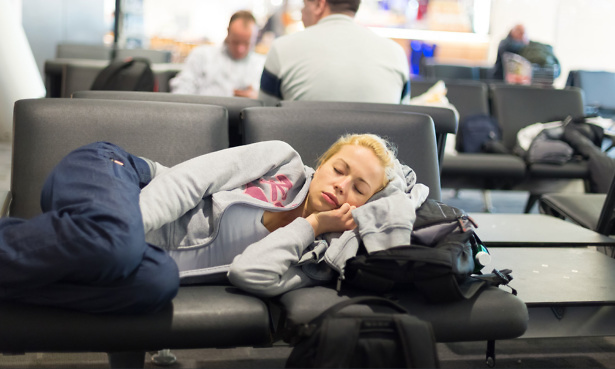 Mrs Morgan, her husband and her 10-year-old son were put on a flight for the following day. They found their own hotel room for the night, which they taxied to. In total, they spent €238.98 including refreshments.

She has called them four times and they’ve promised to put a note on their system to accelerate her complaint, but nothing has happened.

After Which? contacted TAP: Mrs Morgan was offered €800 in vouchers for each member of her family and €491 in vouchers for their expenses. She will be seeking a cash payment.

Mr Dinsdale and his wife were booked flights for early the next day, so opted to stay at the airport.

They missed a family funeral in Devon which was held the day after TP387 was due to depart. They also lost the deposit on the hotel rooms they’d booked to attend it.

After Which? contacted TAP: He was offered vouchers worth €800 per person, but not cash or miles on their Victoria Programme. He declined and is waiting for cash compensation.

Mr Thomas was quietly given two direct flights to Heathrow for him and his wife for the next day. He was told not to say anything to the other passengers.

He booked a hotel for the evening and took a taxi there and back. In total he spent €134.74 on the room, hotel transfers, a phone charger and contact lens solution.

Mr Thomas filed a claim for compensation and a refund of his expenses through the TAP Air Portugal website.

They responded by offering €400 in flight vouchers, which he declined. He said a couple of weeks later €400 ‘appeared’ in his account without any contact from TAP Air Portugal.

He contacted them again to say that wasn’t what he was owed but has not heard anything back.

After Which? contacted TAP: As he’d previously been offered and declined vouchers, he was told his compensation claim would be paid shortly.

After it had been arranged for him to be put on another flight for the next morning, Mr Duggal booked a hotel room for himself outside of Lisbon.

He submitted claims for a refund and compensation through the airline’s website and another online claim service.

After months of no contact, Mr Duggal escalated his complaint to the Aviation ADR.

A month later TAP Air Portugal got in touch to offer him €800 in flight vouchers and €170 to reimburse him for his expenses. He declined as he had ‘no intention to fly with TAP Air Portugal again’.

The airline has requested the original invoice for his hotel room (despite him having already sent it to the airline electronically) and have refused to pay for his taxi due to the evidence not being sufficient.

After Which? contacted TAP: As he’d previously been offered and declined vouchers, he was told his compensation claim of €484.24 (including hotel cost) would be paid shortly.

After the flight was cancelled, passengers were told they would be found hotel rooms. At midnight TAP Air Portugal staff announced all hotel rooms were full, but said passengers could try to find their own.

With just €60 at their disposal, Mr Palmer and his family opted to stay in beds at the airport.

Mr Palmer filed a compensation claim through the website, but said he found it ‘clunky’ and struggled to get through to anyone on their claims phone-line. 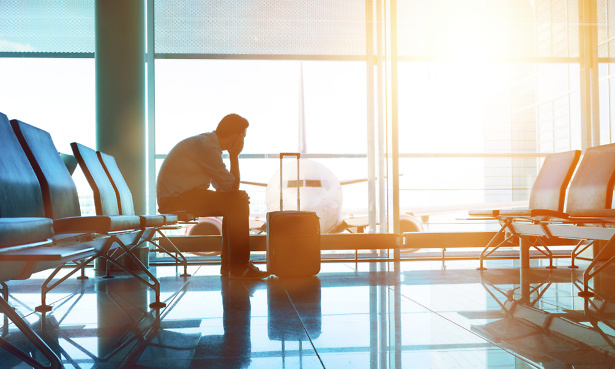 Within four weeks, TAP Air Portugal had paid Mr Palmer €400 in compensation per passenger for the cancelled flight.

Mr Palmer takes issue with the airline’s failure to provide care and has sought compensation for that.

He said: ‘I strongly feel that they need to provide compensation. We suffered 24 hours in an airport with 2 children (aged 11 and 14) who were tired and grumpy, simply because TAP ‘chose’ not to find us a hotel.’

After Which? contacted TAP: Mr Palmer had already been fully compensated.

A spokesman from TAP Air Portugal said: ‘We can confirm that all the passengers affected by the delay of flight TP358 on 12 April 2018 have been contacted and offered the possibility of receiving compensation in the form of a voucher or cash as well as other expenses incurred as long as they can provide original receipts.

‘TAP offers the same compensation to all affected passengers and, when a travel voucher is suggested, its value is an increase of up to 100% of that of the compensation established on regulation EC (261)/2004.

‘The reimbursement in travel vouchers is optional and all passengers may opt to get the compensation paid in cash, via a bank transfer.

‘TAP would like to apologise for any inconvenience caused.’

After suffering long and stressful delays and cancellations, we don’t think airline passengers should be made to jump through hoops or be totally ignored when trying to get the back the money they are owed.

Some affected passengers can lose out on significant sums in additional hotel and taxi costs, as a result of airline delays.

That’s why we’re calling on the Government to bring in automatic compensation.

This will eliminate the hassle of claiming and remove the risk that an airline will inconsistently pay out compensation, ensuring all passengers get the money they’re entitled to.

Sign our petition to persuade all airlines to automatically compensate for flight delays.