The Suzuki Ignis is a Which? Don’t Buy car, following major safety concerns for the driver and any child passengers after crash tests. Our latest tests have also revealed new Best Buy cars from the UK’s most popular SUVs – cars we’ve reviewed include the Volvo XC60 and Volkswagen Touareg.

More deaths and serious injuries result from head-on car crashes than any other type. In a crash that replicates a head-on collision, safety organisation Euro NCAP discovered the Suzuki Ignis has high risk for serious injuries for the driver and child passengers – scroll down to find out more.

This month we’ve also reviewed some of the UK’s most popular SUVs, including the Volvo XC60 – which was the most viewed car review on Which.co.uk last month. Plus we have full test results for the Volkswagen Touareg, Volkswagen T-Roc and Hyundai Santa Fe.

Our experts have also driven the latest generation of the world’s best-selling car, the all-new Toyota Corolla, following its major UK launch.

Find out what we thought of these cars through the links below.

Looking to buy a new car? Find out which are the best performers from our expert lab tests – see the top cars for 2019.

Why the Suzuki Ignis is a Which? Don’t Buy car

Watch the Euro NCAP video, below, to find out what happened when the safety organisation crash tested the Suzuki Ignis.

Keep reading for our verdict on this car.

The biggest problem with the £10,462 Suzuki Ignis is its poor safety in a front-on crash. Euro NCAP’s replication of a frontal collision, where the car is crashed into a deformable bar slightly offset from centre, revealed high risk for serious injury.

The Ignis did provide full body protection in the side barrier impact test and the more severe side pole test – where a deformable barrier is mounted on a trolley and driven at 50km/h into the side of the car at a right angle.

But due to its poor performance in the front collision crash tests, Euro NCAP gave the Ignis just three stars out of five for safety. At Which?, we take safety seriously. Any car that receives three stars or fewer in Euro NCAP tests is automatically a Which? Don’t Buy car.

The key problem for the Suzuki Ignis is that Suzuki’s safety pack, the dual-camera brake-support system (which automatically brakes if it detects an imminent collision at low speeds), is not fitted as standard. If it were, the car would score five stars out of five in Euro NCAP’s safety tests.

We don’t think safety is an option– and those that buy the entry-level version don’t even have this option:

So our recommendation would be only to consider the SZ5 – that is, if the car is any good for driving, reliability and practicality. 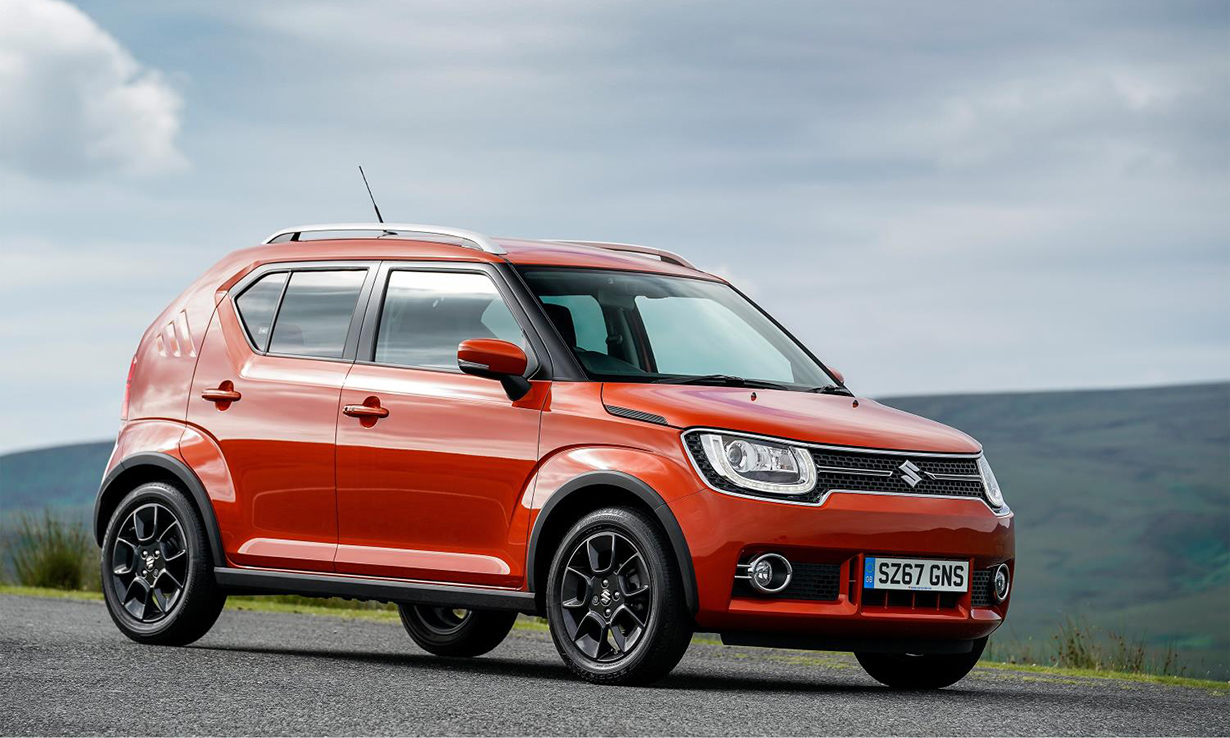 While the Suzuki Ignis takes trendy styling cues and a more spacious interior from SUVs to the city car market, the fun stops there. It simply doesn’t drive as well as its rivals.

It’s fine in the city, but will quickly get breathless if you ever take it out of town. This means you’ll need to rev it hard, and it rapidly runs out of puff in fifth gear up hills.

Somewhat bizarrely for a city car, the Suzuki Ignis is available with Allgrip four-wheel drive as an alternative to the standard front-wheel drive – not that you should ever attempt to take this underpowered car off-road.

There’s lots of road and wind noise, and the manual gear-change action is pretty notchy too. Steering is slow to react when you change the steering wheel and the steering lacks precision – it doesn’t even self-centre.

What’s more, driving isn’t fun – it has a bumpy ride at virtually all speeds (even after Suzuki altered the suspension a year after launch to improve this). There’s a lot of body roll as you turn corners, with the rear end pushing outwards.

We could go on. And we do – in our comprehensive Suzuki Ignis review. 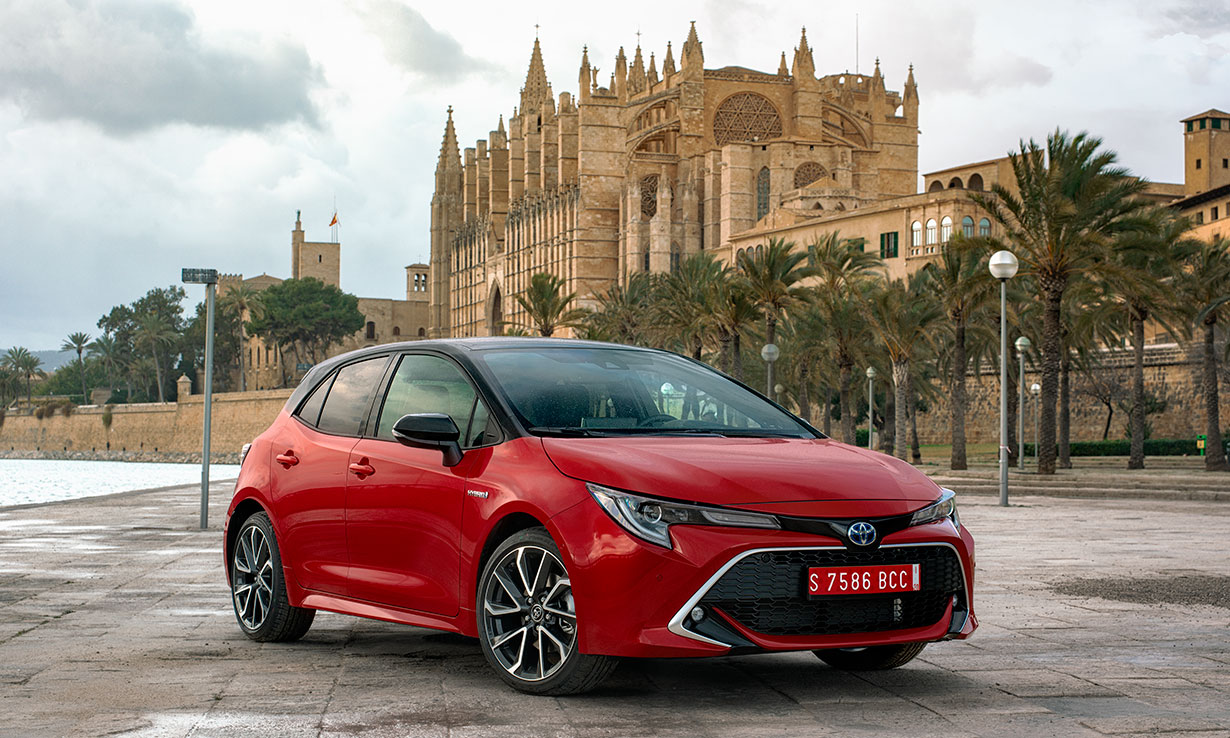 The Toyota Corolla has racked up more sales than any other car since the first model launched way back in 1966. It’s a name that hasn’t been seen in the UK for more than a decade, but now it has undergone a major relaunch – and we have high expectations.

The Corolla name may have been missing from UK showrooms, but you could have still bought it under a different name – the Toyota Auris. The new Corolla is available as a five-door hatchback, a small saloon and an estate.

It’s a seemingly humble medium hatchback and a direct rival to the popular Ford Focus.

There’s now a choice of a more powerful hybrid engine, the 2.0-litre hybrid, in addition to the 1.8-litre already available on the famous Toyota Prius. This slight addition in capacity makes all the difference, making it 58hp more powerful, taking the total to 178hp.

All models are front-wheel drive and the hatchback is also available as a conventional 1.2-litre six-speed manual petrol with 114hp.

So what have UK buyers been missing? Our experts give all the details – find out more in our first look Toyota Corolla review. 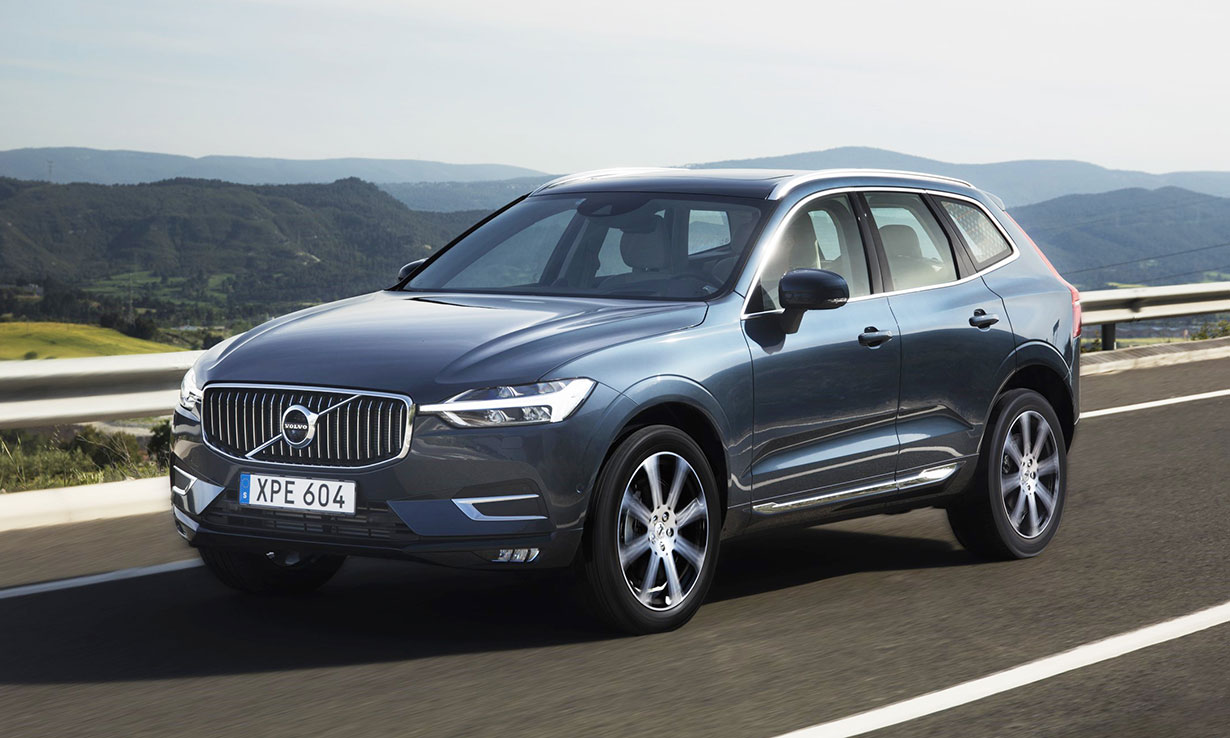 The Volvo XC60 five-seat mid-sized SUV is one of the last Volvos available with a conventional petrol or diesel engine, as well as a plug-in hybrid. As Volvo has now committed all its new models launching from 2019 to be either hybrid or all-electric.

It’s smaller than the large Volvo XC90 and comes with avant-garde, non-aggressive styling. Which is refreshing when so many SUVs tend to be on the brash side.

XC60 UK drivers have four 2.0-litre turbocharged engines to choose from. This includes a plug-in hybrid option, alongside a petrol and two diesels.

So is this a worthy SUV to buy, or is it outclassed by rivals? Find out how it performs – and whether it lives up to Volvo’s reputation for safety – in our definitive Volvo XC60 review. 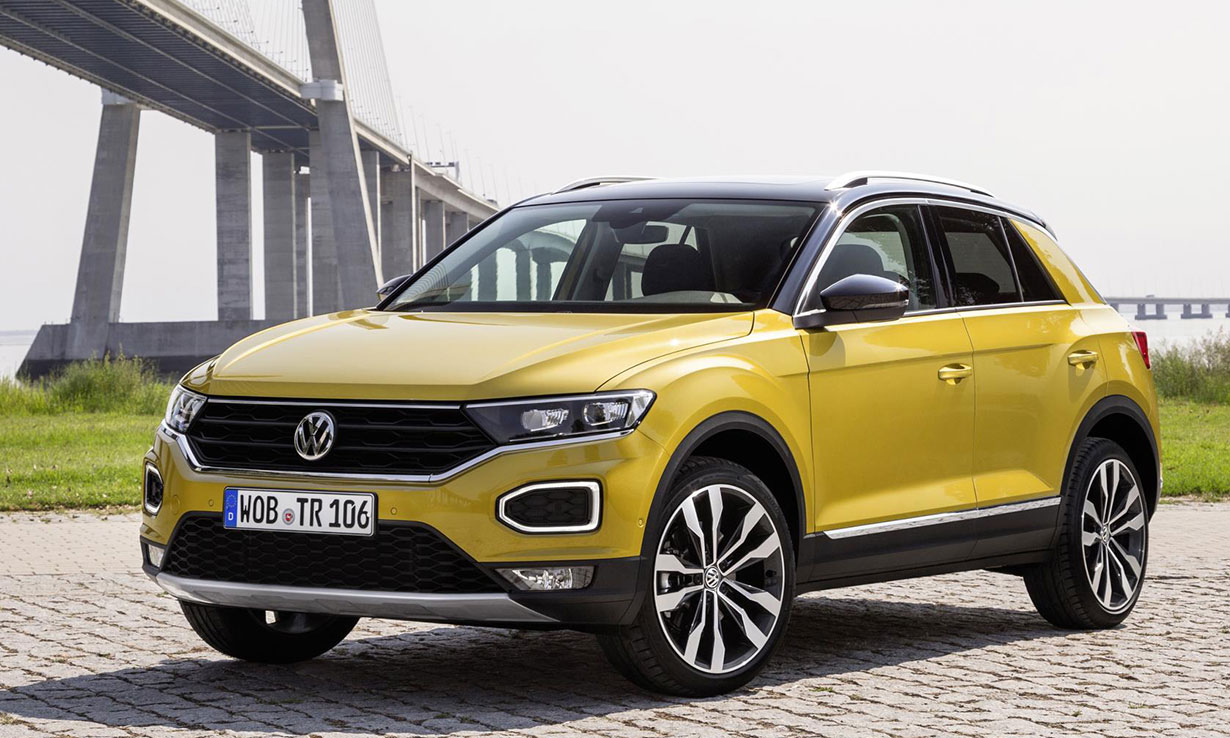 The Volkswagen T-Roc has modern, yet understated, looks. This compact SUV takes elements from both the ever-popular VW Golf and VW Polo, with exterior dimensions roughly the same as the Golf medium hatchback.

It used to be the German firm’s smallest SUV, but now VW is making yet another, even smaller SUV – the Volkswagen T-Cross.

VW T-Roc drivers have the choice of front-wheel drive or all-wheel drive, and a wide selection of engines:

Depending on engine, there are choices of a seven-speed twin-clutch automatic or six-speed manual transmission.

So is this an impressive package, or does the T-Roc have something to hide? Find out in our full Volkswagen T-Roc review. 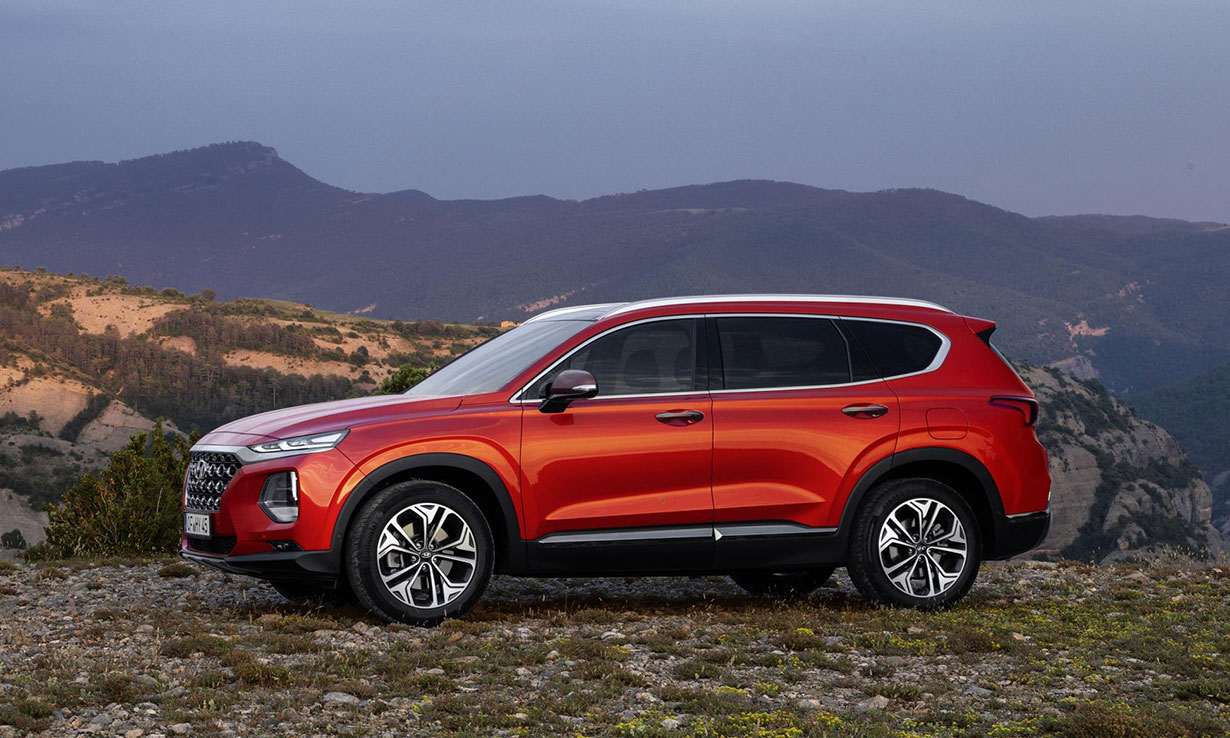 The Santa Fe name has been around for a long time, and 2018 saw the launch of the fourth generation of this range of large SUVs which is right at the top of Hyundai’s range.

With room for seven seats and premium features, the Santa Fe competes against popular rivals the Skoda Kodiaq, Peugeot 5008 and the sister-brand Kia Sorento.

There’s only one engine available: a 2.2-litre CRDi diesel with 200hp. You choose between either front-wheel drive or all-wheel drive, and a six-speed manual or eight-speed automatic.

Could this be the ideal car for you? We put it to the test in our extensive Hyundai Santa Fe review. 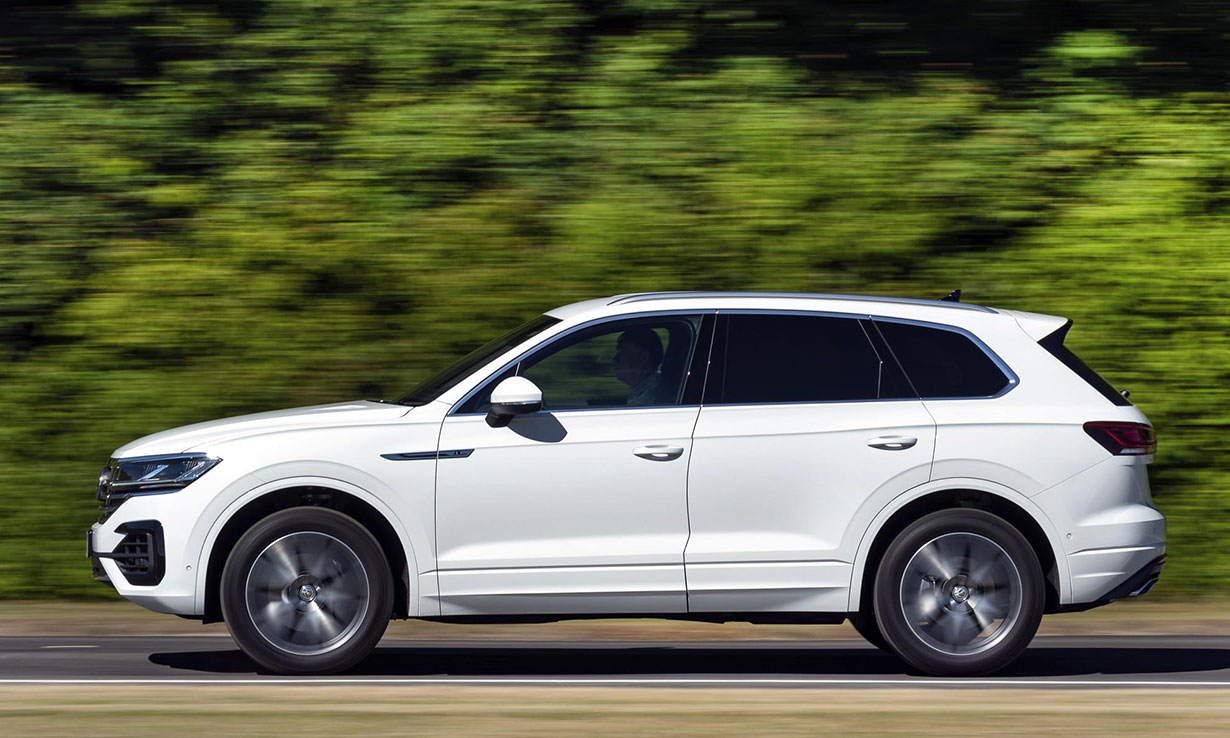 The giant of Volkswagen’s SUV family, the all-new third generation Volkswagen Touareg 4×4 has grown even larger than its predecessor – now being both wider and even longer.

It launches with just one engine, a 286hp 3.0-litre V6 diesel. This is being joined by a lower-powered 231hp 3.0-litre in the first half of this year. A 367hp hybrid version is also on the cards, which we’ll review separately after it launches.

All Touaregs come with an eight-speed automatic gearbox and all-wheel drive.

The Touareg aims to be the ideal choice for practicality and comfort, with a huge boot, loads of space and the option of an air suspension system. It aims to please drivers with tenacious handling – we see whether a bulky car like this can really deliver.

It’s certainly not cheap either. See whether it’s worth the investment in our thorough Volkswagen Touareg review. 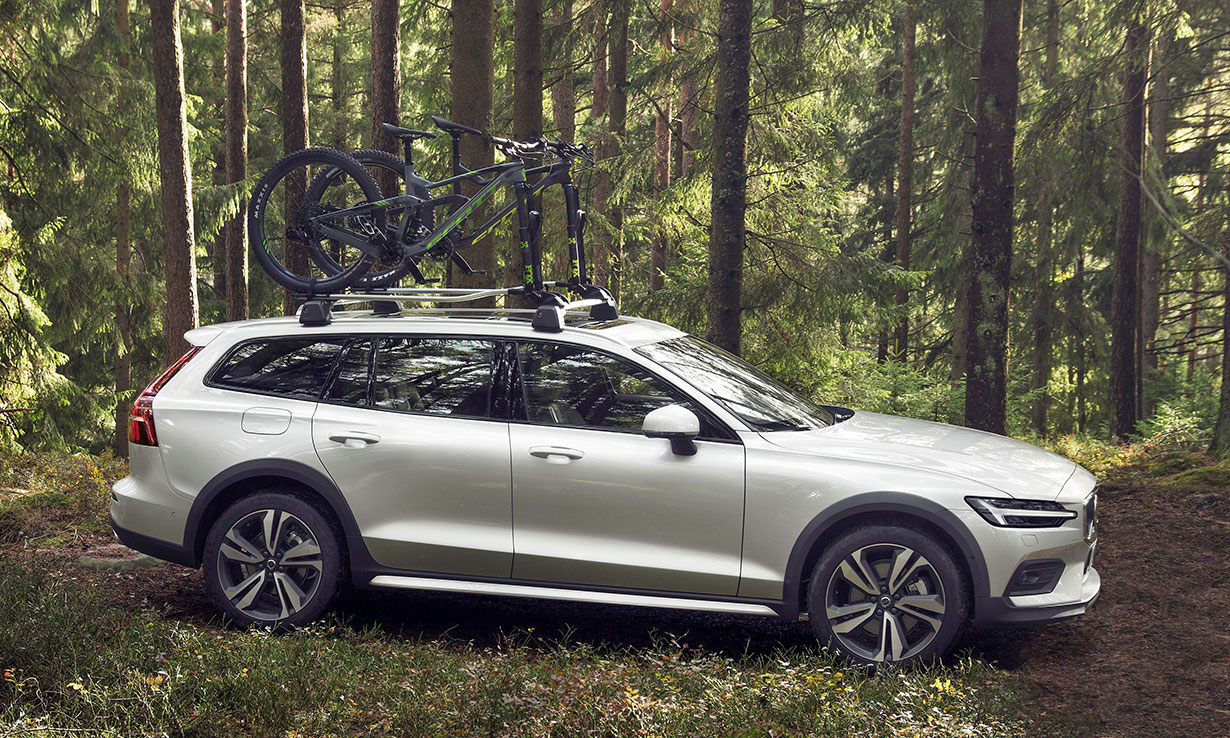 There’s a tradition, dating way back to 1997, of Volvo offering ‘Cross Country’ mild off-road versions of its practical estate cars. The all-new Volvo V60 Cross Country, coming at a premium over the standard V60, sports four-wheel drive and a raised 6cm-higher driving height to travel across rough ground with ease.

In the UK, there’s only the option of a 190hp 2.0-litre turbo diesel engine and an eight-speed automatic gearbox. Volvo claims it has the grunt to reach 62mph from standstill in only 8.2 seconds. Braked towing capacity is also claimed at an impressive two tonnes.

But is it worth the added cost over the standard V60?

We put it through its paces in our first look Volvo V60 Cross Country review. You can also check out the final verdict of the all-new standard estate in our definitive Volvo V60 review.