We’ve tested a new wave of medium and large SUVs, plus some estate cars for those looking for plenty of space for people and luggage. We compare the latest Toyota RAV4 Hybrid, Volvo V60 Cross Country, BMW Z4 sports car and more – find out how they scored through the links below.

We’ve also reviewed even more SUVs, including VW’s largest – the Volkswagen Touareg – as well as the Seat Ateca and Alfa Romeo Stelvio, an SUV aimed at keen drivers. If you’re looking for something even more practical, we’ve reviewed the Mini Clubman mid-sized estate and the huge Volvo V60 Cross Country large estate.

With such a wide range of SUVs now available to buy from nearly every mainstream brand, it’s becoming really difficult to tell them apart on looks or specs alone.

However, rigorous Which? tests expose huge differences under the hood – the worst SUV this month scored a woeful 53%, while others aced our tests as Best Buys. Find out which models performed best by clicking the links to our reviews below.

Best cars – skip straight to the full list of the best performers in our definitive lab tests. 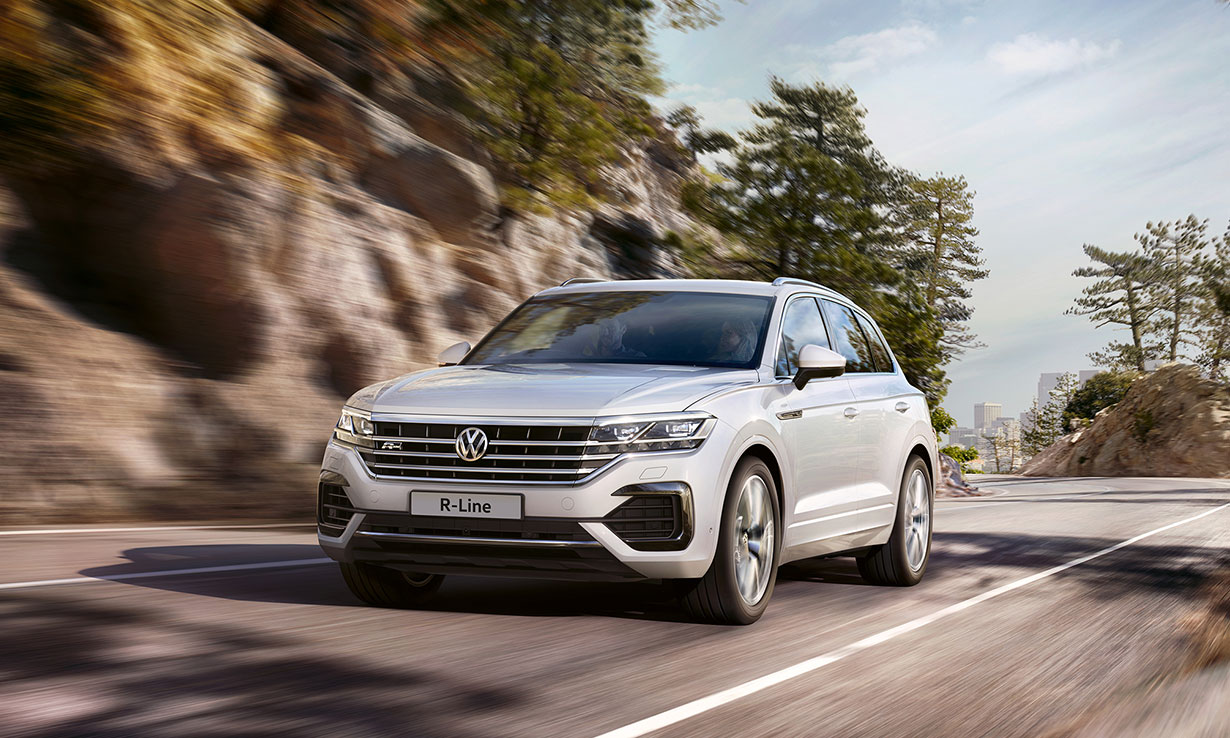 Looking for a large SUV? You’ve now got plenty of options.

The Volkswagen Touareg is the biggest in VW’s range, sitting above the Volkswagen Tiguan. The third generation launched in 2018, and is even longer and wider than previous models. It aims to be both practical and have a premium feel to match its high price.

Originally launching with only one engine, the full line-up is now a 231hp, 286hp or 340hp 3.0-litre V6 diesels. There are no petrol models currently available.

All Touaregs are equipped with an eight-speed automatic gearbox and all-wheel drive.

Does this sound like the perfect car for you? Find out how it performed in our extensive Volkswagen Touareg review. 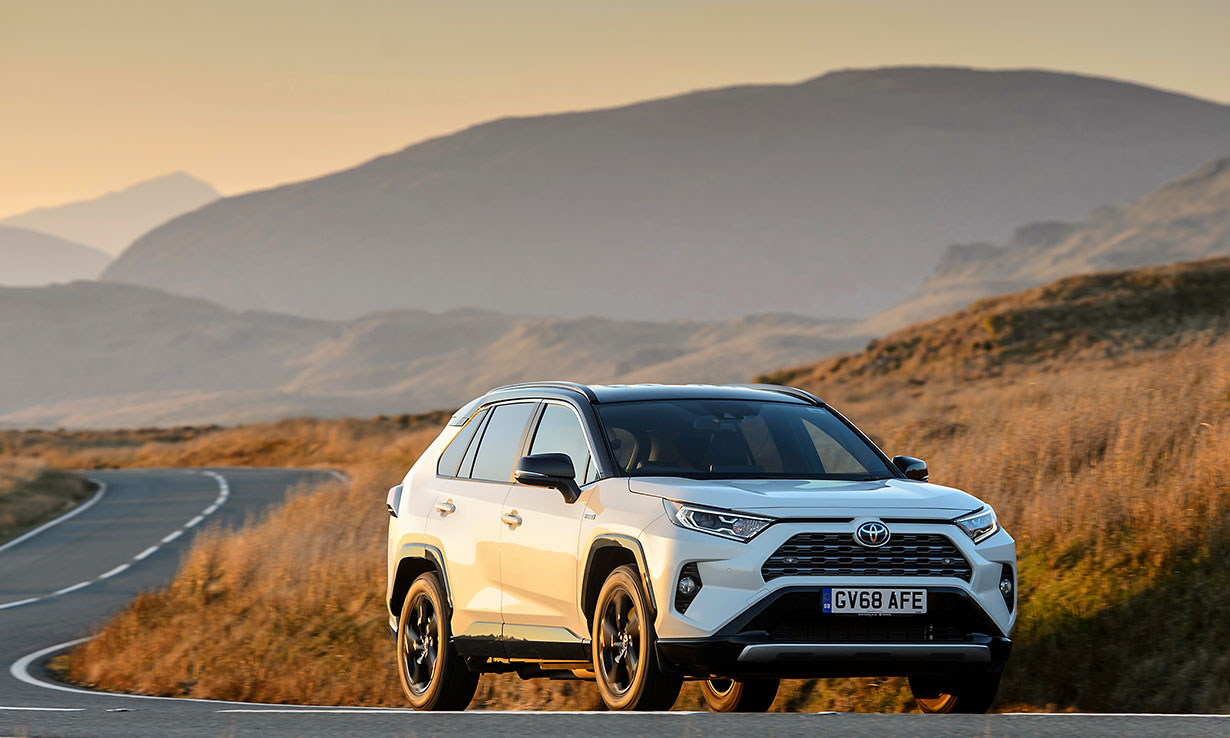 The Toyota RAV4 is a veteran SUV name that’s been around since 1994, before crossover SUVs became wildly popular. Now in its fifth generation, is it still ahead of the pack?

The RAV4’s petrol-hybrid engine certainly sets it apart from rivals, and could give it the potential for strong fuel economy around town – our real-world tests see whether it delivers.

There are three trim levels available, but even standard kit is extensive. it includes dual-zone air conditioning, a rear-view camera and parking sensors, automatic lights and wipers, 17-inch alloy wheels and an 8-inch touchscreen media system.

Could this be your ideal car? Find out how it performed in our comprehensive tests – see our Toyota RAV4 Hybrid review. 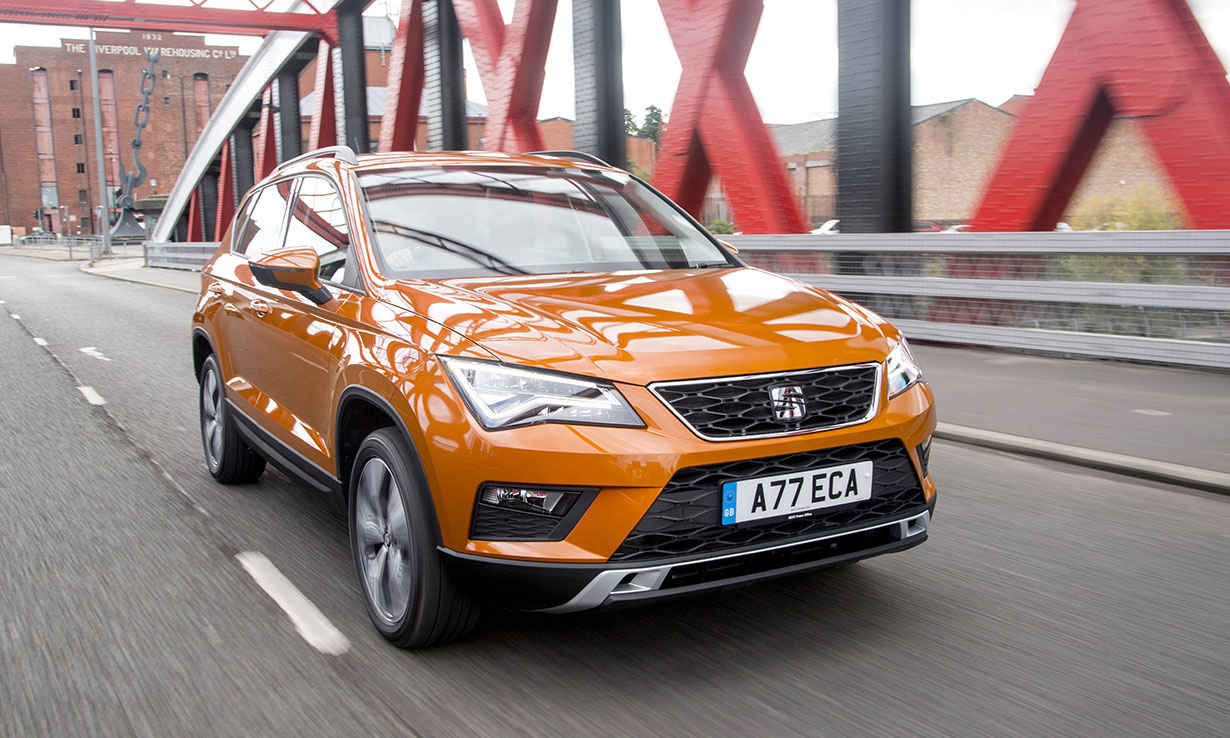 Launched in 2016, the Ateca is the first-ever SUV from Seat. It’s based on the Volkswagen Tiguan, but is priced lower.

The Ateca certainly looks appealing, with its sharp, premium styling, and aims to offer plenty of space for families.

There’s a broad selection of petrol and diesel engines to choose from, plus you can opt for four-wheel drive, with a choice of six-speed manual or seven-speed DSG twin-clutch automatic gearboxes (the latter on all bar the smallest petrol engine).

Pique your fancy? See whether it has what it takes in our thorough Seat Ateca review. 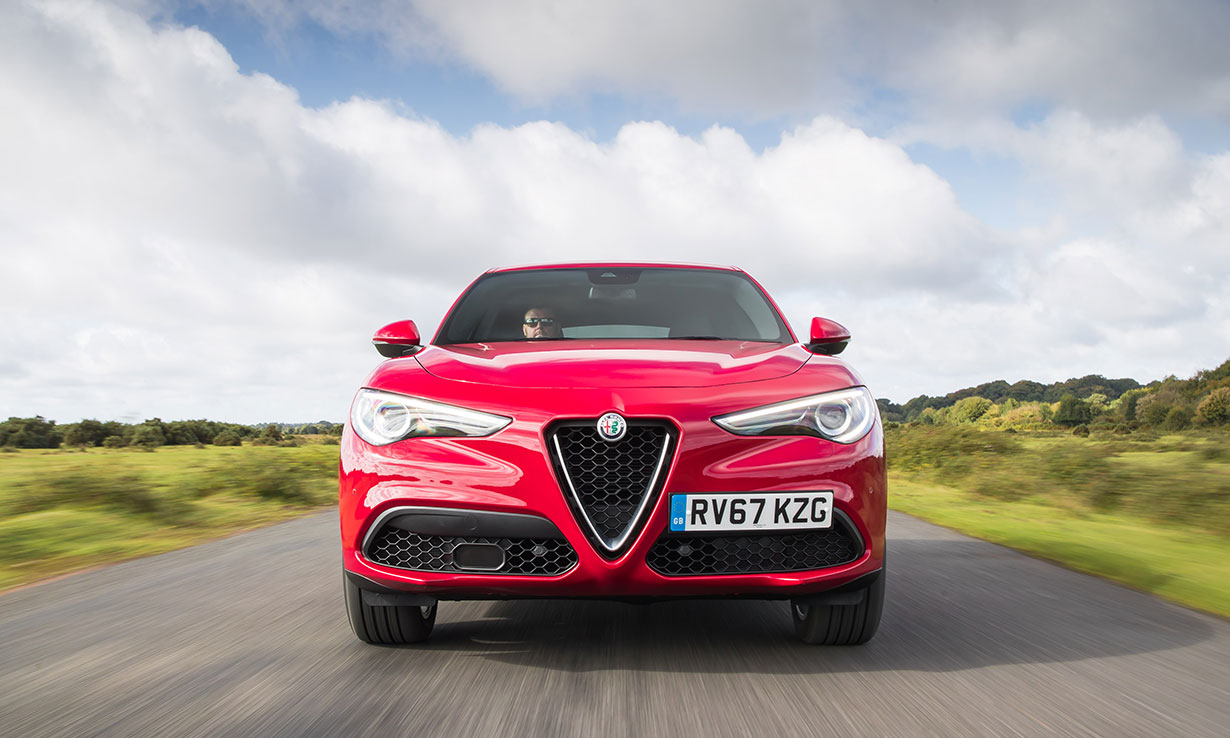 Like Seat, Alfa Romeo took its sweet time to release its first-ever SUV, with the medium-sized Alfa Romeo Stelvio SUV launched in 2017.

As you’d expect from the brand, it aims to deliver engaging sporty driving – which is a contrast to what you’d usually expect from an SUV.

The Stelvio shares its platform with the Alfa Romeo Giulia saloon. There’s even a high-performance version badged ‘Quadrifoglio’ – it’s powered by a turbocharged 2.9-litre petrol engine, promising an incredible 510hp.

Looking for a racy SUV? Our expert lab and road tests reveal whether this is the car for you, in our definitive Alfa Romeo Stelvio review. 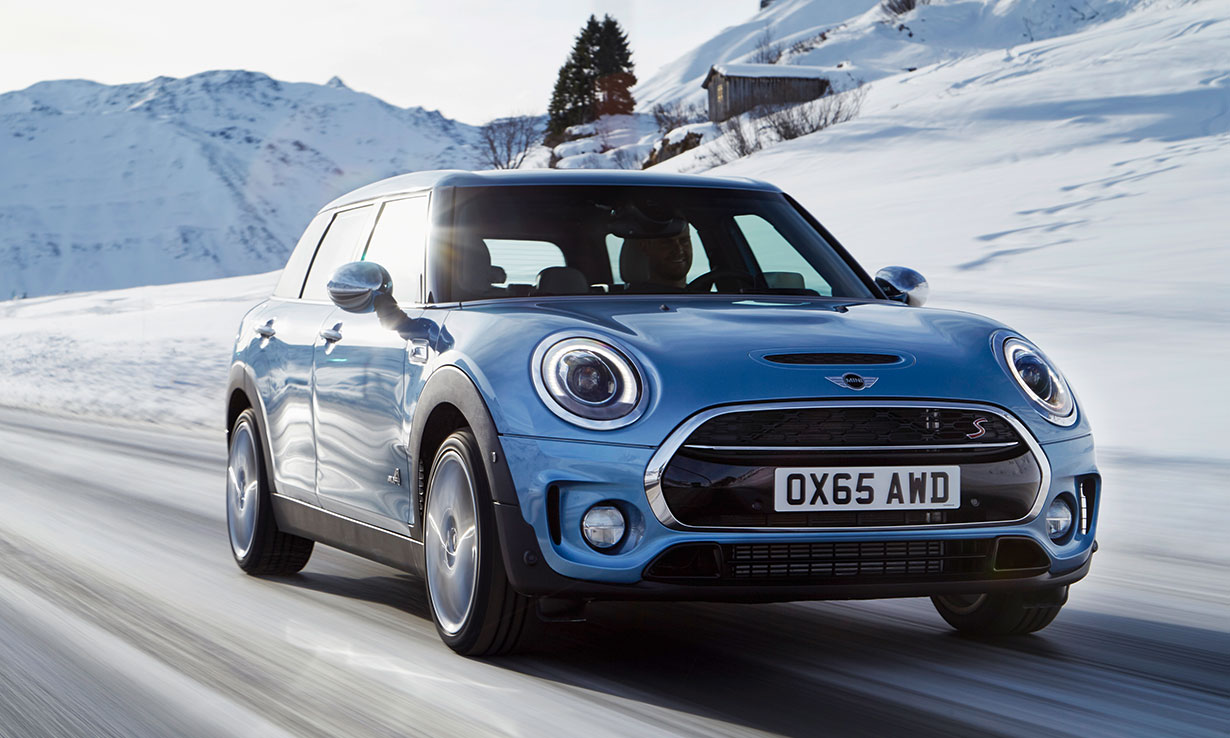 The 2019 facelift of the second-generation Mini Clubman, originally launched in 2015, moves the Mini brand even further towards practicality over its traditional dinky dimensions. However, it also aims to preserve the sense of fun and style that Mini is known for.

Unlike the first generation, which had a rear passenger door only on one side, this larger Mini Clubman is a conventional five-door estate. It’s around the same size as the rival Seat Leon ST.

The 2019 facelift brought in a new front-end design, new LED lights and cabin upholstery. There’s also extra equipment as standard to broaden its appeal – including a sat nav and Apple CarPlay.

Not a fan of SUVs? You’d be hard-pressed to find an estate with more style – see what our independent lab and road tests revealed in our exacting Mini Clubman review. 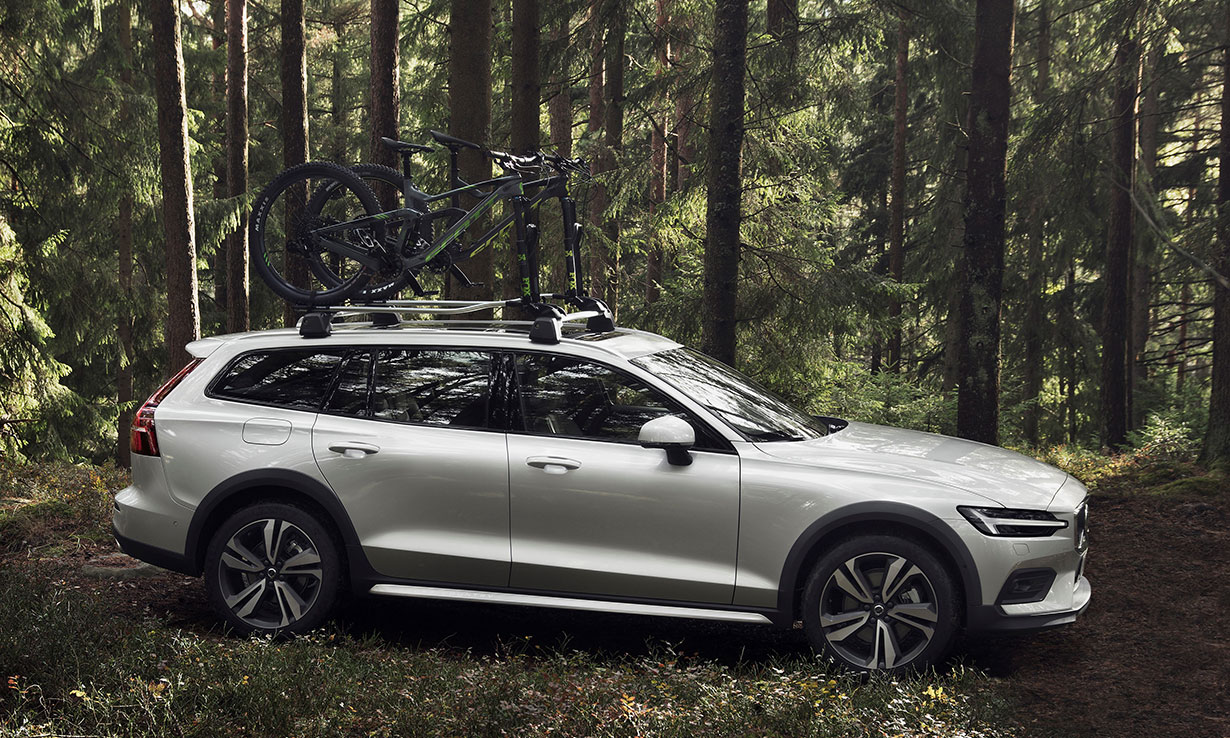 The V60 Cross Country continues Volvo’s long tradition of offering a mild off-road version of its practical estate cars. For this latest 2019 model, Volvo has raised the ride height of this four-wheel-drive car for improved agility off-road.

But is it worth the premium over the standard V60 estate? It adds a dedicated off-road mode and now rides 6cm higher than the standard estate, so there should be fewer instances of scraping bumpers or side-skirts over rough ground.

There’s two engines to choose from – a 190hp 2.0-litre turbo diesel or 250hp 2.0-litre petrol engine. An eight-speed automatic gearbox is as standard.

If you’d like to pair it with your caravan, braked towing capacity is a hefty 2,000kg for the diesel, and 1,800kg for the petrol model.

Looking for a practical car with a real degree of off-road capability? See whether Volvo has what you’re looking for in our Volvo V60 Cross Country review. 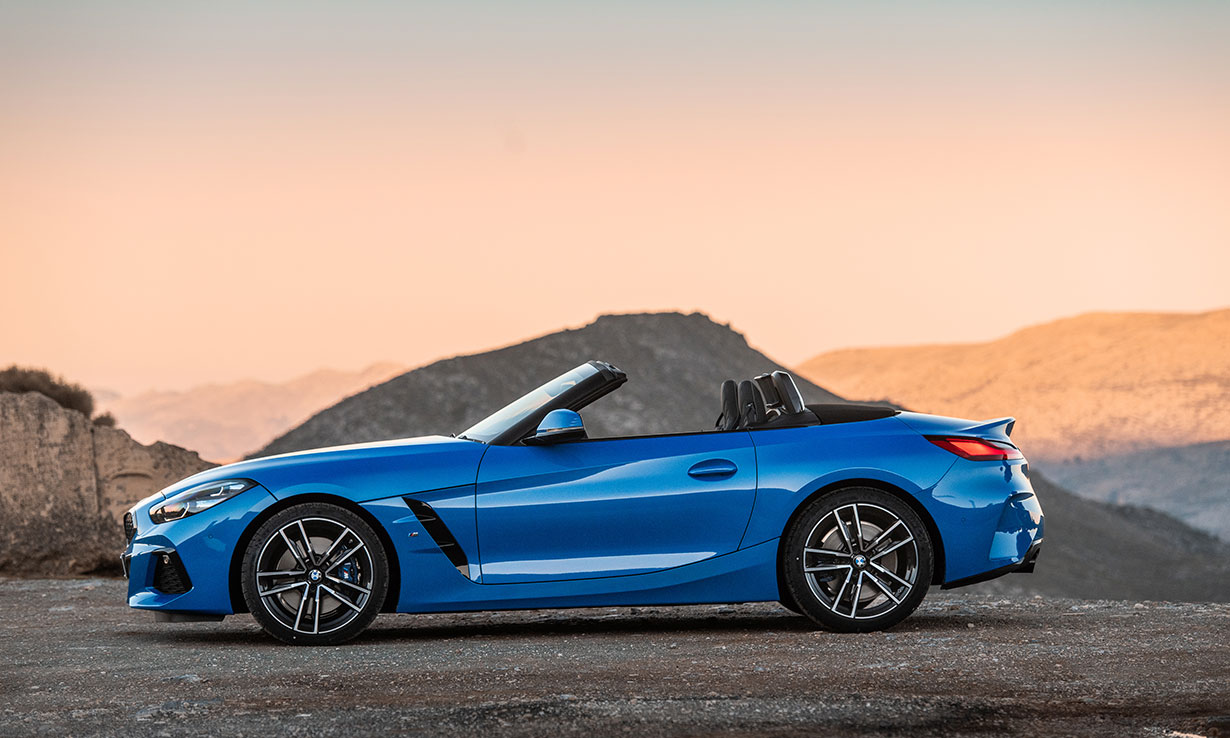 This veteran sports car range from BMW started with the Z1 back in 1989, and the Z4 itself is now in its third generation. It follows the traditional roadster recipe, with a folding roof and rear-wheel drive, and is reasonably practical as well.

The BMW Z4’s traditional rivals are the Audi TT and the Mercedes SLC. But with the sports car market in decline, the Z4 premium two-seater sports car could have slim pickings for direct competition at this price.

Dreaming of driving off into the sunset? Discover whether this car is both a fun and wise choice in our exclusive BMW Z4 review.