When it comes to OLED TVs, LG is king. That’s not to say its models of television are better, but it’s the brand that manufactures the Organic LED panels and kickstarted the surge of OLED TVs that now dominate the top end of the market.

Sony and Panasonic followed suit and now OLEDs top their ranges, too, but neither company has an OLED as cheap as LG’s B9 range of TVs. 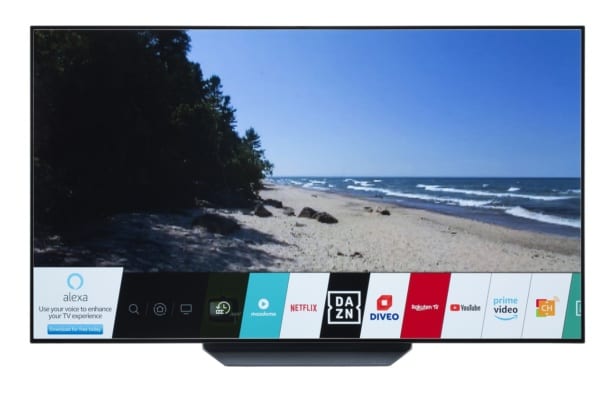 A tale of two processors

Just like in a computer, the processor is the beating heart of a TV. It plays a part in many aspects, from picture quality to running speed, but it has more of say in the former. A superior processor will do a better job of upscaling content, which is where standard-definition (SD) and HD footage are sharpened to as close to 4K as possible.

We’ve tested TVs where the most basic SD content is free from blur and each line is sharp and defined, like steel cable pulled taut. This is largely thanks to the prowess of a processor. Detail is only part of the story though: the Alpha 7 in the B9 needs to keep colours in check. Balance and nuance are important, but this can’t come at the expense of vibrancy. Bold colours are essential for a TV to make a good impression. They should pack a punch, but be as believable as the view through your window. It’s almost an oxymoron, but the best TVs manage to tread this tightrope.

Can the B9? The processor is the same one as in many of its top-tier LCD TVs, some of which aced our tests, while others didn’t do quite so well.

One area where LG TVs rarely disappoint is its operating system. It’s accomplished and intuitive, as is the remote control. It’s clever and has a unique feature that’s as useful as it is unconventional. Point the remote at the screen, and a motion-controlled cursor appears. You can move this wherever you like, which makes selecting things on screen a breeze. All of LG’s 4K TVs have the same brilliant operating system, and most of them have this great remote, including the B9 OLEDs. 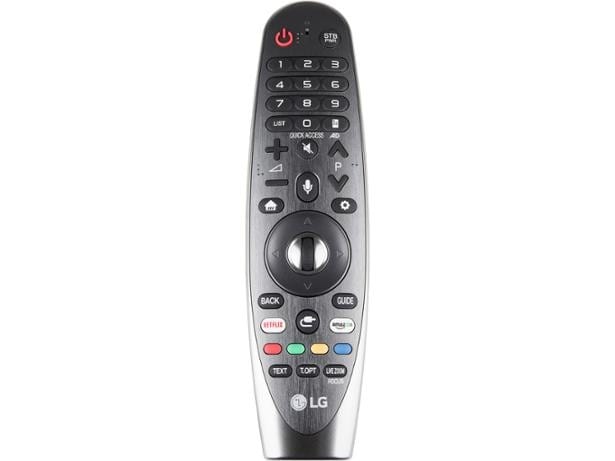 These OLEDs are so cheap that even some of LG’s LCD TVs are more expensive, which is unusual. So are OLED TVs better than LCD ones purely by the virtue of their display?

OLEDs don’t have backlights, but LCD ones do; that’s the difference. Each bulb in an OLED is self-emitting and the enormous number of them grants greater control over what parts of the screen are lit. Each bulb can be individually dimmed and even switched off entirely, which means deeper contrast is possible. LCDs have an array of larger bulbs illuminating patches of liquid crystals. Since the bulbs control larger portions of the screen, contrast control isn’t as good.

So OLEDs are the better choice then? Sort of. LCD models can be brighter and can have more vibrant colours as a result. This is true of Samsung’s high-end QLED models, which use backlights, but the light hits quantum dots rather than liquid crystals. Some QLEDs have the most sumptuous colours we’ve seen on a TV.

OLEDs have their benefits, but they aren’t automatically better than backlit models. The display has no bearing on the quality of other aspects of a TV either, particularly sound; we’ve found several OLEDs that missed out on Best Buy scores.

Our verdict on the B9 OLEDs

LG has laid down a gauntlet here. The B9 OLEDs, particularly the 55-incher, are astonishingly cheap. £1,099 is a challenge to Panasonic, Samsung, Sony, and, for the first time, cheaper brands Hisense and Philips.

Regardless of how these TVs did in our tests, the big manufacturers will need to react. OLEDs are known for their quality, and many people will be tempted by such a cheap high-end TV from a brand with such pedigree.

Is LG banking on the perceived quality of OLED to get its cheap models off shelves, or are the B9s the real deal in terms of quality and price?

One of Samsung’s high-end TVs with a quantum dot for the richest colours a Samsung is capable of.

It’s an LCD TV from the lower end of LG’s lineup, but it still has the same operating system and remote as the B9 OLEDs.

Panasonic’s cheapest OLED is £200 more than LG’s, but with the promise of picture tuned by Hollywood experts it could be better.