Everyone wants a bargain when buying a TV. Problem is, they also want a good one. The two things can go hand in hand, but with store-brand TVs, such as JVC from Currys PC World and Bush from Argos, which are usually the cheapest around, can you expect any real quality?

With Black Friday fast approaching, these budget TVs are going to get even cheaper. But with Brits spending hours a night in front of the box and with most people keeping them for more than six years, you need to consider more than just the price when choosing a new TV.

We’ve picked out TVs from the store brands to try and identify what makes them so cheap, and whether they are worth buying.

Take a look at the best cheap TVs to find something special in your price range. 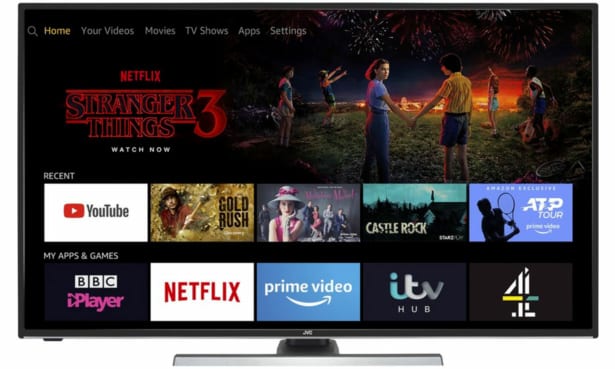 It used to be available all over the place and even sponsored Arsenal for a while, but now JVC is exclusive to Currys PC World and isn’t in the same league as LG or Samsung for TVs.

JVC has partnered with Amazon to add its popular Fire TV smart platform to the TV, so when you’re browsing streaming apps it will be as if an Amazon Fire TV Stick were connected.

Alexa is built in too, and a microphone in the remote lets you make requests, such as searching for shows. Our tests of Fire TV Sticks has found that these voice features only work in certain apps, but are good when they are available. We can’t say for certain whether the JVC TVs will have the same limitations, but it’s possible.

Dolby Vision is an advanced HDR format not commonly found on cheap TVs. It’s a welcome addition because it adjusts contrast dynamically to suit each scene. This helps prevent what you’re watching appearing too bright or dark.

Quite an appealing package, then? There’s more to a TV than a list of features. It’s window-dressing – and the most beautiful curtains in the world won’t improve a filthy window.

We haven’t tested these new Alexa-equipped TVs, but we have looked at the C890 range. See our expert JVC C890 reviews. 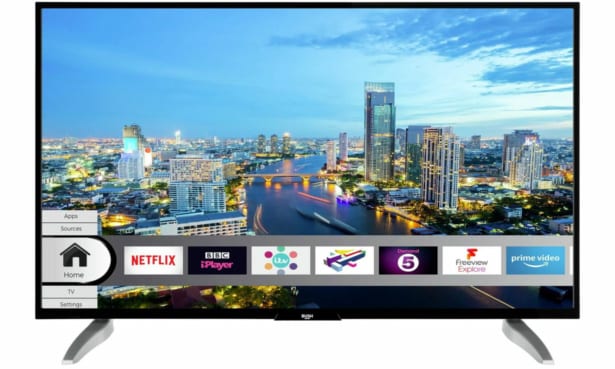 Many of Bush’s TVs are only HD, but it does have two cheap 4K sets to choose from. Since it’s owned by Sainsbury’s, you’ll only find Bush sets for sale there and in Argos.

Unlike the JVC above, Bush isn’t interested in throwing any advanced features at its TV. It is HDR compatible, but the specific formats aren’t listed. That means it probably supports HDR10 and HLG, as these are ubiquitous among HDR-ready TVs.

It’s smart too, so catch-up and streaming apps will be available, but this is a TV at its most basic, hence the low price. Basic doesn’t mean bad of course: Samsung has stripped back the features on its entry-level TVs and the loss of non-essential features doesn’t matter too much. Quality is essential and it’s here that Bush TVs have been found wanting when we’ve tested them in the past. 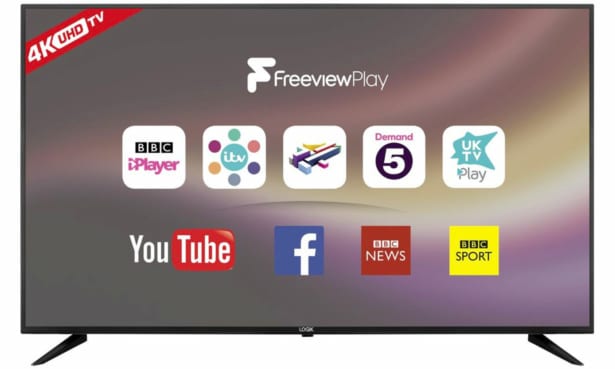 It doesn’t have HLG, but Dolby Vision is nice to see. HLG will likely be the broadcast standard used by the BBC and others when they launch HDR channels. Not supporting it could mean you miss out when these channels do appear. Dolby Vision is an advanced format that adjusts contrast to suit each scene and it’s rare to see on budget brand TVs, unless you’re exclusive to Currys PC World, it seems.

Unlike the JVC TV, there’s no voice control, even via an Amazon Echo or Google Home. It’s still smart, though, so on paper it can do what TVs from LG and Samsung can. We haven’t tested any Logik TVs this year, but the ones we’ve reviewed in previous years haven’t fared so well. The addition of Dolby Vision is good, but it will need to improve on the basics to make this a TV worth buying.

The big-brand TVs get cheap too

You may have noticed that in most cases there’s a TV from a bigger brand for roughly the same price as a store-brand one. In previous years this wouldn’t be the case, but we’ve seen some startlingly low-cost TVs from the likes of LG and Samsung.

It makes the case for buying a store brand TV even harder. Still, in trying to match budget ranges it’s possible that leading brands have cut the same corners that help the store brands stay cheap.

Your options for a cheap TV are broader than ever. Thankfully, we’ve reviewed almost all of the latest 40-inch to 65-inch TVs released by Hisense, LG, Panasonic, Samsung and Sony, so you don’t need to take any risks.

See all our TV reviews.