It’s not uncommon to see 4K TV ranges launching in time for Black Friday, but they’re usually very basic in the drive for the lowest possible price. LG’s new budget range ticks the basic boxes, but the brand has also released a more high-end Nanocell range.

The brand’s more high-end Nanocell range – the NANO796NE series – also has TVs of these four sizes, but tops off the range with a super-sized 75-inch TV. Nanocell TVs are typically at the pricier end of the market, but this is LG’s cheapest Nanocell range, so might appeal to those looking for great picture quality on a budget.

As these TVs were released so recently, we haven’t been able to test them in our lab. However, we’ve tested hundreds of other LG TVs, and almost all the models LG released in 2020. This means we have a good idea of how good these TVs will be, based on the technology inside them and the features they share with similarly priced TVs that we have tested.

Looking for a cheap TV this Black Friday? Take a look at our top TV deals and our favourite TVs under £500 and £1,000. 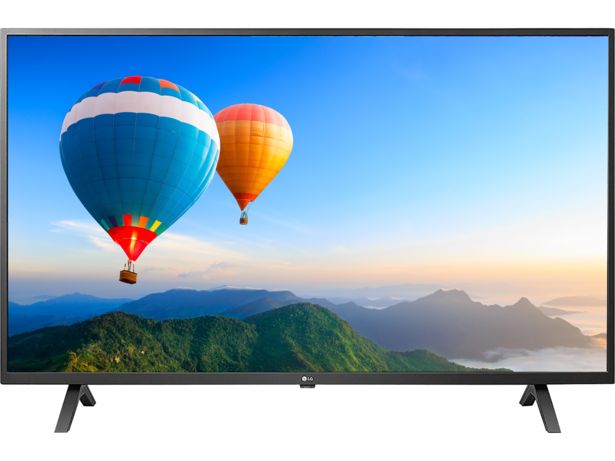 The first thing to catch your eye with this range is the price. At time of writing, the 43-inch 43UN70006LA is just £319, making it one of the cheapest TVs from a big-name brand.

The next thing you’ll notice is the chunky black bezel surrounding the screens – but you can’t really expect a flashy design when prices are so low. It’s not an ugly TV by any means, but not quite as streamlined as some of LG’s other ranges.

It does have some things in common with its flashier, thinner, more expensive cousins, though, including:

Generally we find that the value of HDR is more to do with how well the TV implements it rather than which formats it supports, so don’t discount a TV for not having HDR10+ or Dolby Vision.

LG’s cheap series isn’t as pared back as some Black Friday ranges (we’re looking at you, Samsung). It still has a single-tuner PVR for recording one channel at a time on to a USB hard drive, and with both a satellite and Freeview tuner you can watch channels with a satellite or an aerial. With Samsung’s equivalent TU7020 range you lose the PVR, satellite tuner and Bluetooth, and it has one fless HDMI input (find out more about Samsung’s cheap Black Friday TVs).

One noteworthy omission: LG’s 70006LA TVs don’t have the brand’s superb Magic Remote, unfortunately, but you can buy this separately if you want.

On paper, LG’s cheap Black Friday range has a few big plusses – but really that’s all window dressing. Picture and sound quality are key here. Our non-tested product reviews give our impressions of the product based on their similarities to other ranges, their tech, and our years of experience testing LG TVs.

Is LG’s cheapest Nanocell range worth a look? 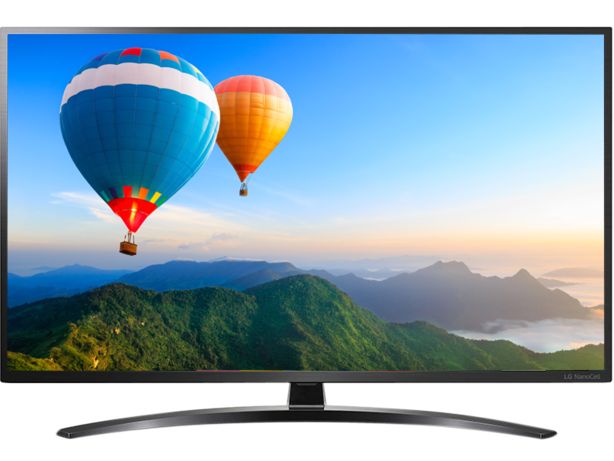 A basic, bargain set for Black Friday is nothing new, but a more high-end one trying to capitalise on the shopping frenzy is.

Nanocell TVs are still LCD models, so they use a backlight shining on liquid crystals to create the picture, but they have an extra layer of nanocells. This extra layer is supposed to filter and improve colours, removing unnatural ones – a bit like a sieve straining unwanted lumps from gravy.

What’s especially interesting about LG’s NANO796NE range is the inclusion of the only 43-inch Nanocell TV. Although small by modern standards, 43-inch sets are perfect for some living rooms, which makes this size a notable omission from many mid to high-end TV ranges.

Manufacturers seem to be starting to address this shortfall. First we saw Samsung introduce some 43-inch QLED TVs, and now this from LG. It’s a good sign for anyone looking for smaller sets.

There are some technological differences between the 796NE range compared with LG’s next level up, the 816NA range. There’s no local dimming, which could limit contrast control, and the TVs lack Ultra Luminance. In theory, this affects the vibrancy and brightness of the image – although it sounds like the sort of tech that our experts often find doesn’t make a vast amount of difference to the picture.

TVs from the 796NE range also have only three HDMI inputs in total (aside from the 75-inch, which has four). LG’s more expensive Nanocell ranges all have four.

Should you buy a TV from LG’s cheap Nanocell range?

Much of the appeal of LG’s new range may lie in the price – so just how much has LG managed to shave off by ditching local dimming and Ultra Luminance? Since there’s no comparison for the 43-incher, we’ve looked at the 50-inch model. At time of writing the 50NANO796NE is £479, while the 49-inch 49NANO816NA from LG’s next-cheapest Nanocell range is £100 more.

You can see our impressions of these TVs by heading to the non-tested reviews.

We expect these TVs to be on offer on the big day, as well as Samsung’s TU7020 range.

You can keep track of the best TV deals we find on our best Black Friday deals page.