If you’re looking to save money on nappies and reduce waste, you might be considering swapping to reusable nappies.

But they can be a big change if you’re used to disposables, as they need to be washed and dried after each use.

Take a look at our guide to the best reusable nappy brands to see which brands parents rate best.

Reusable nappies: what you need to know

We used disposables initially when he was born and I’m glad we did because he was my first child and it’s so tiring – you don’t have capacity when you’ve got a newborn to be washing lots of nappies on top of everything else. 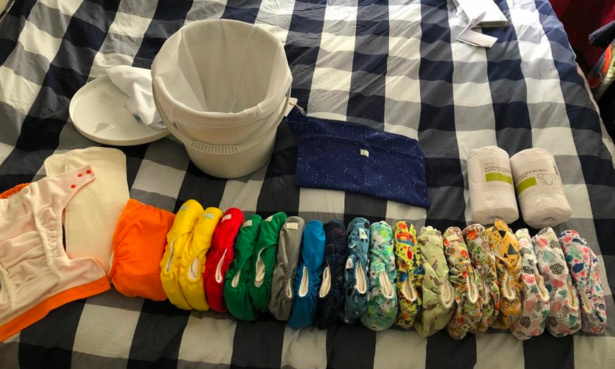 After doing some research, I saw that you could get different sizes of reusable nappies. I opted for the ‘one size’ rather than the ‘newborn’ nappy as they would be used for longer and be more cost effective in the long run.

My son was three or four weeks old the first time I tried them on him to see if they would fit, but he was far too small for them.

He was six to eight weeks old when they finally started to fit him and I felt ready to begin using them and dealing with all of the washing.

My partner and I practiced putting them on him to get the right fit because it takes a little while to get used to doing it up securely.

When we first started using reusable nappies, it was a constant cycle of washing and hanging up nappies to dry. But now he’s four months old, we get through a lot less nappies – around 10-12 during the day and one at night. We just do one nappy wash a day.

It’s easy to chuck them in the nappy bin throughout the day, and then in the morning I wash them and hang them out to dry.

I prep all of them with the bamboo liner insert, so they’re ready to use the following day – you don’t want to be doing that while changing your baby. You can use one or two liners, depending on how wet your baby gets. I use two if he’s going down for a nap for extra absorbency.

Read our reviews of the best washing machines to find out which models clean most effectively. 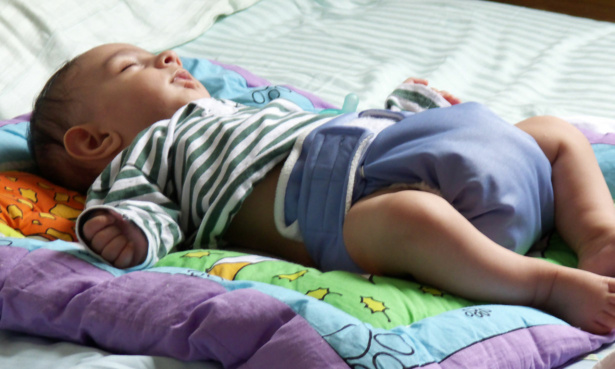 During the day we had no problem using reusable nappies, but at night he was changed less regularly which led to leaks, so I went back to using disposable nappies for nighttime.

When he was about three months old, we switched to a nappy designed for night use that comes with a booster to give an extra layer of absorbency.

It was a game changer because it meant we were able to use reusable nappies overnight without having any accidents at all and he wasn’t having a meltdown from being in a wet nappy. He’s so much calmer at night now and it’s made our lives a lot easier, as well as increased our sleep.

It pays to keep persevering with reusable nappies. Although I can see why some people would just give up because it can be exasperating, I’m really glad we stuck with them.

Head to our reusable nappy buying guide for advice on the key things you need to know when buying reusable nappies, including which type to choose, how to wash them and how much they’ll cost.

Which? warns parents to be vigilant when buying toys online this Christmas