First-time buyers have been handed a boost, with a flurry of low-deposit mortgages returning to the market.

The COVID-19 outbreak saw nine-in-10 90% and 95% deals withdrawn by lenders, meaning buyers faced needing a deposit of at least 15% to get a mortgage.

Now though, things are changing, with major lenders such as Yorkshire Building Society and TSB relaunching their 90% deals.

Here, Which? takes a look at how these new mortgages compare with those on offer before the pandemic, and explain whether first-time buyers should apply now or play the waiting game.

What’s happened to 90% mortgages since COVID-19?

At the start of March, a whopping 779 90% mortgages were available, before the COVID-19 outbreak saw banks withdraw almost all their low deposit-deals.

In the last few months, it’s been a waiting game to see if these deals return, but the biggest banks have largely remained risk-averse.

In August, Nationwide was the only major lender to offer 90% mortgages, albeit with strict rules, including limiting the percentage of the deposit that could be gifted by a family member.

In September, we began to see more movement, with Virgin Money launching a 90% seven-year fix, and lenders including TSB, Accord and Coventry Building Society conducting ‘flash sales’, where mortgages were available for between 24 and 72 hours.

In the last couple of weeks, a handful of lenders have returned to the market. Data from Moneyfacts shows 78 90% mortgages were available on 1 December, compared to just 56 on 1 November.

The graph below shows how the number of 90% deals is slowly beginning to increase after significant drops over the last six months.

Which lenders are offering 90% mortgages?

Yorkshire Building Society (YBS), TSB and Atom Bank have all relaunched 90% deals in the last week, adding their names to a list including Nationwide and a handful of smaller building societies.

Lloyds Bank and Halifax will also reintroduce 90% mortgages from 8 December. The maximum loan amount will be £500,000 and the maximum loan-to-income ratio will be capped at a multiple of 4.49. New-build properties will be excluded.

The new launches coincide with Nationwide lifting its caps on how much of an applicant’s deposit can be gifted by a family member, and opening out 90% deals to home movers and remortgagers.

How do the new deals compare?

As we mentioned earlier, there are currently 78 mortgages available at 90% loan-to-value, but many borrowers will be excluded from the best rates.

That’s because the smaller building societies offering chart-topping deals place strict rules on who’ll they lend to. For example, Stafford Railway Building Society will only offer loans in local postcodes, while Penrith’s deals are only available in Cumbria.

This means most borrowers will need to look to the bigger lenders – but those expecting rock-bottom rates might be disappointed.

Platform’s 3.24% is the lowest nationally-available rate on a two-year 90% fix, followed by Nationwide (3.49%), Accord, YBS and TSB (all 3.69%). Rates aren’t yet available on the new Lloyds Bank and Halifax deals being launched next week.

It’s been a difficult year for the mortgage market, and that’s reflected by the high cost of these deals.

At the start of March, the cheapest initial rate on a 90% two-year fix was 1.59% (from Halifax), but you’ll now need to pay at least double to secure a deal.

The table below shows how the current rates on 90% two-year fixes compares to each provider’s best rate back in March. As you can see, deals are around 1.4%-1.9% more expensive than before the pandemic. 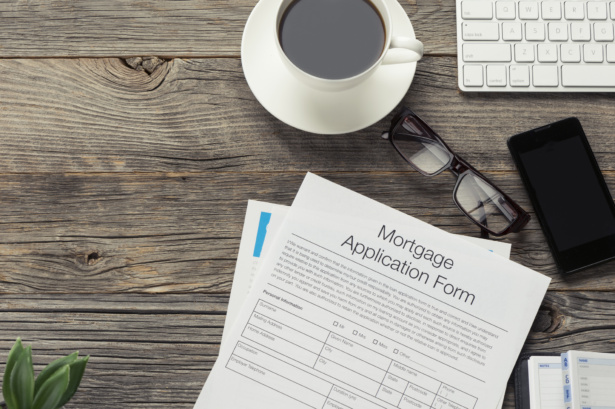 Would you be better saving for longer?

As we’ve explained above, the return of 90% mortgages is good news for first-time buyers, but the high costs mean you may be better holding off until more lenders return to the market, or consider saving until you have enough for a 15% deposit.

85% mortgages are also considerably more expensive than before the pandemic, with the cheapest two-year fix now priced at 2.69% (Platform), compared to just 1.42% (Halifax) in March.

Despite this, deals remain around 0.7-1% cheaper than 90% mortgages, meaning you could make a substantial saving on your monthly payments if you can stump up a bigger deposit.

Lenders are slowly returning to the 90% market, but there’s little sign that 95% mortgages will follow suit any time soon.

At the start of March, 391 95% deals were available for first-time buyers, but as of this month that figure has dropped to eight – the lowest number recorded this year.

This means that borrowers will small deposits may need to save for longer to get on to the ladder, or consider schemes such as Help to Buy or options such as guarantor mortgages.

If you’re looking to buy your first home, we’re here to help.

As a starting point, check out our step-by-step guide on buying a house, which takes you on the journey from saving for a deposit to exchange and completion.

If you’re struggling to get to grips with how mortgages work, we’ve got lots of advice on the types of mortgages, how much you can borrow and how to boost your chances of being approved.

Finally, why not check out our mortgage lender reviews for 2020, which combine customer ratings with our expert analysis to identify the UK’s best mortgage lenders.