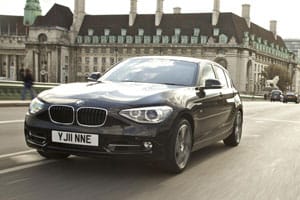 BMW’s new 1 Series impressed Which? Car when we road tested the 118i petrol model. And now that Which? Car has put the latest BMW 118d diesel through its paces, we can also confirm that it is super-economical. In fact, it’s the most economical 2.0-litre medium car we’ve ever tested, averaging a remarkable 62.8mpg.

Up to 76.4mpg – better than the official claim

Under the strict lab conditions of a Which? Car test, we put the new-generation BMW 118d through three economy test cycles and recorded average fuel consumption of 62.8mpg. That exactly matches BMW’s claim for combined fuel economy.

This makes the 118d the third most economical medium-sized car we’ve ever tested, behind the Volkswagen Golf 1.6 TDI BlueMotion (which averaged 68.9mpg in our tests) and the Audi A3 1.6 TDI 99g/km (67.9mpg). However, both these cars have 1.6-litre engines with considerably less power.

Our independent testing also revealed that the 118d actually manages to beat the official figures in two fuel economy cycles. In our hands, the 118d’s urban economy averaged 57.7mpg, beating the official claim of 51.4mpg. And, remarkably, its extra-urban (out of town) average was 76.4mpg, better than the 72.4 claim.

Impressively, the 118d isn’t a hair-shirt kind of car to drive: it remains great fun for the driver. Its 2.0-litre engine boasts a healthy 143bhp, much more than the super-economy rivals mentioned above (the VW Golf and Audi A3 1.6 TDI both have only 105bhp).

In our test, we found that the 118d accelerates keenly and, despite economy-orientated gearbox ratios, it remains eager through the gears. The driver can switch between engine modes to select optimum fuel consumption (in Eco Pro mode) or keener driving.

The only significant downside we identified during road testing was a rather unrefined engine note.

We test fuel economy under strict lab conditions – using realistic test cycles – to reveal the facts behind the figures. Unlike the official mpg test, we measure economy with both a hot and cold engine, and on the motorway.