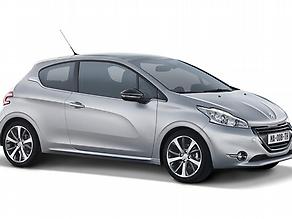 The new Peugeot 208 has just emerged from the Which? Car lab, where our team of experts measured, prodded, poked, and tested the supermini to its limits. Unfortunately, the 1.4 e-HDi version failed to match Peugeot’s impressive claims for fuel economy.

The 208 we tested was a 68bhp 1.4-litre e-HDi diesel, fitted with Peugeot’s EGC automatic gearbox. This model is likely to be a popular choice in the UK, and the French manufacturer claims average fuel economy of 83.1mpg for it.

Our more realistic tests, however – which, unlike the official EU test, include warm and cold starts and motorway driving – produced a result of just 61.4mpg.

And it was the same story with CO2 emissions. According to official figures, all diesel-powered 208s (and indeed the 1.0 petrol) emit less than 100g/km of CO2, meaning they are exempt from car tax. 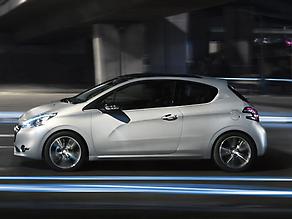 But the 208 1.4 e-HDi EGC couldn’t get close to Peugeot’s 87g/km figure in our lab, emitting a markedly less ‘green’ 146g/km. Lucky for owners that car tax bands aren’t based on the results of Which? Car’s tests…

Our verdict on the Peugeot 208 was by no means all bad. In fact, the car is a big improvement on the outgoing 207, with chic styling, a roomy cabin, nippy handling and plenty of high-tech gadgets.

Chief among the latter is an iPad-style colour touchscreen, standard on all models except the entry-level Access. You can add built-in sat nav for a reasonable £400, plus a variety of Peugeot Connect apps for traffic news, parking and local fuel prices.

Safety is another strong point. The 208 performed exceptionally well in our emergency-stop braking tests, and gained a full five stars for crash protection from Euro NCAP. 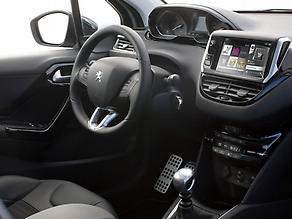 Obviously, we’re disappointed that the 208 performed so poorly for economy and emissions. It fell shorter than most, but it’s certainly not alone in failing to match the official figures.

In the supermini class, the similarly-powerful Ford Fiesta 1.6 TDCi Econetic diesel returned 62.8mpg in our tests – way off Ford’s 76.3mpg claim. And the Mini Cooper 1.6 diesel managed just 53.3mpg, versus an official 72.4mpg.

Even the most frugal car Which? has ever tested, the 83.1mpg Toyota Prius Plug-In, was a very long way off the EU tested figure of 134.1mpg.

The moral of the story? Be sure to check the hundreds of in-depth car reviews on the Which? Car website before you buy your next car. Or you could end up spending rather more on fuel than you expected.