Hybrid and electric cars, otherwise known as alternative fuel cars, are becoming more popular. Sales rose by 31% in March ahead of the car tax changes, while diesel car sales only saw an uptick of 1.6%.

March was a bumper month for car sales, with 562,337 new cars registered. The increase in sales of electric, hybrid and plug-in hybrid cars means alternative fuel vehicles now have a market share of 4.3%.

Tax incentives and promises of better fuel economy had previously pushed buyers towards low CO2 diesels. But it seems the tide is turning against diesel cars. London Mayor Sadiq Kahn has announced that drivers of diesel cars that do not meet emissions standards will face a £12.50 charge to drive into London, on top of the £11.50 congestion charge.

4.3% of the market is still low when compared with fossil fuel cars. But the increased public awareness of harmful emissions from diesel cars, and electric cars being exempt from car tax, means the popularity of alternative fuel vehicles is only going to increase.

Is now the time to bite the bullet and show petrol and diesel the door? Or are the drawbacks of alternative fuel cars still too great to make them a realistic alternative?

Electric and hydrogen are now the only models to be completely exempt from car tax. Coupled with low running costs, an electric car could save you a lot of money each year. Take a look at these Best Buy electric cars to see if they suit your driving needs. 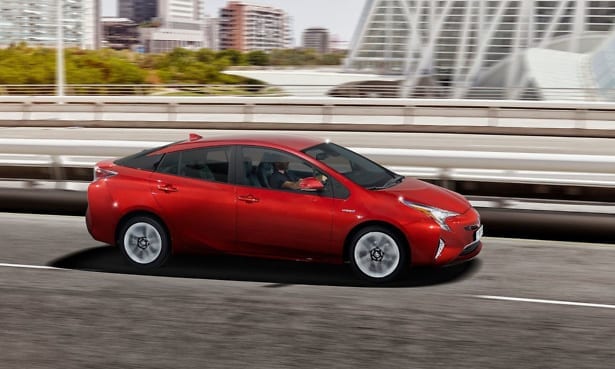 Hybrids have a regular combustion engine, an electric motor and a battery pack. Unlike electric vehicles, hybrids produce some emissions since they rely on petrol or diesel, as well as a battery, to power the car.

The most popular hybrid car is the Toyota Prius, which works like a normal car, while using ‘recuperation technologies’ to use what would be wasted energy from the engine to charge the battery. This battery, in turn, helps the petrol engine when accelerating and can power the car alone if you’re driving at low speeds over short distances.

Plug-in hybrids have larger batteries, which can be charged through the mains. You can expect to get 10-30 miles of emissions-free driving from a fully-charged battery before the car reverts back to the petrol or diesel engine. Many plug-in hybrids are eligible for a government grant of £2,500.

Why should you buy a hybrid car?

Since you can fill up a hybrid car at any fuel station, they aren’t limited by range in the same way as electric cars. They excel in cities, where slower speeds means the electric motor is used to power the car more often. This increases fuel efficiency.

What are the reasons not to buy a hybrid car?

Hybrids still use fossil fuels and create harmful emissions. This means, unlike electric and hydrogen cars, you’ll need to pay car tax on them. Realistically, you’ll only see efficiency benefits if you do most of your driving around town. At motorway speeds, fuel economy is normally no better than comparable diesel and petrol cars.

Is a hybrid car right for you?

If you find yourself driving short distances or you have a stop-start, traffic-packed commute, then a hybrid’s electric motor will get more of a workout and it will save you money at the fuel pumps. If you’re used to long stretches of open motorway, however, you won’t see the same benefits.

Head to our reviews of the Toyota Prius, Mitsubishi Outlander PHEV and Toyota Yaris Hybrid to see whether these cars scored highly in our tests. If you need a hybrid with seven seats, you could try the Toyota Prius+.

If those models don’t tickle your fancy, check out the Prius-rivalling Hyundai Ioniq. It’s available as a hybrid, plug-in hybrid and an electric car. Or try the stylish Lexus RX SUV. 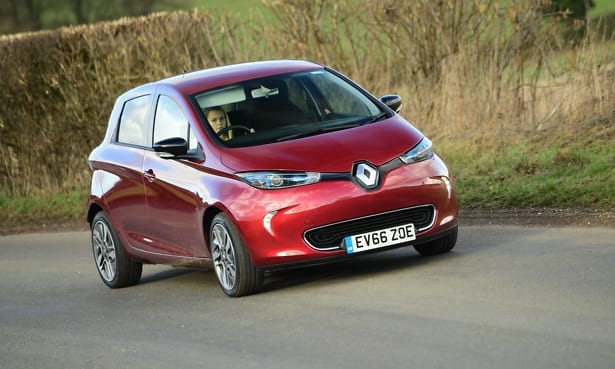 Electric vehicles or EVs, unlike hybrid cars, forego fossil fuels entirely. They run on electricity and that means there are no emissions to speak of, unless you count the creation of the electricity.

Electric cars can be charged at home from a standard wall outlet. But most owners opt to have a dedicated high-voltage outlet installed, which cuts charging time from 24 hours to 3-8 hours.

On a full charge, most electric cars will go for between 90 and 115 miles. But other models will go for over 200 miles. Tesla owners can make use of the dedicated ‘supercharger’ network, giving an 80% charge in around an hour.

Why should you buy an electric car?

Electric cars are, typically, easy to drive. Since there are no gears to shift through, electric cars accelerate quickly and feel nippy.

Electric vehicles give off no harmful emissions – you won’t pay any car tax unless the car costs more than £40,000, in which case you’ll need to pay £310 from years two to six. You’ll also receive a £4,500 government grant.

What are the reasons not to buy an electric car?

Electric cars are also expensive when compared with similar petrol and diesel cars.

Is an electric car right for you?

There is now plenty of choice when it comes to electric cars. But the high costs, limited range and logistics of charging still limit their appeal. If you do most of your driving over short distances and have a solid network of local charging points, you could enjoy the benefits of low fuel costs and a £0 tax bill.

Our full reviews of the BMW i3, Renault Zoe and Volkswagen e-Golf reveal just how accurate those manufacturer-claimed max ranges are. You could also consider the small-sized Nissan Leaf. If you need the space of a medium car, there’s the Mercedes-Benz B-Class Electric Drive and the Ford Focus Electric. You can also read our full verdict of the Tesla Model S.

What about fuel-cell cars?

Electric cars are getting the biggest push from manufacturers, but it’s fuel-cell hydrogen cars that could be the best option for emission-free driving in the long term. Hydrogen cars work by combining hydrogen gas in the tank with oxygen from the atmosphere to create electricity. The only by-product of this process is water.

Hydrogen is abundant and inexhaustible as a fuel, and hydrogen cars can be filled up in the same way as petrol or diesel models. This makes them more convenient than electric cars. Unfortunately, hydrogen filling stations are few and far between, and it will take some time before the infrastructure in the UK makes hydrogen cars viable.

We’ve driven the very first fuel-cell car available in the UK. For our impressions and more on whether hydrogen is truly the future of motoring, head to our Toyota Mirai first drive review.