The stylish Renault Scenic is one of seven new car reviews we’re unveiling this week. This includes the sporty petrol-powered VW Tiguan, the Seat Ateca (Seat’s first small SUV) and the powerful Audi SQ7 with its colossal and innovative 4.0 litre diesel engine.

We know how important it is that you choose the right car for your needs and budget. Make the wrong choice and you’ll be stuck driving something you regret. Not only will you be kicking yourself every time you see it outside your home, but you’ll have to pour money into it through high fuel and maintenance costs.

Make the right choice, on the other hand, and you’ll be driving a car you and your bank balance can be proud of for years to come.

Whether you’re looking for a small SUV, crossover, estate or family MPV, we’ve got you covered. Keep reading to make sure you’re in the know about the latest developments in the car market.

Just want to know which cars our experts recommend? Take a look at our pick of the best cars. 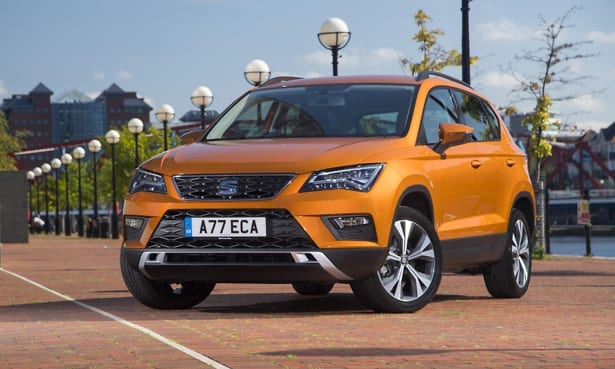 The Ateca is Seat’s first stab at an SUV and the Spanish brand has got the looks spot on. The Ateca is based on the popular Seat Leon – it uses the same basic structure while increasing the ride-height and creating more interior space. It’s got a lot in common with another SUV on this list too, the VW Tiguan and in the review we dive deeper into how the cars are similar and, most importantly, which is better.

The Seat Ateca has a range of engines available to choose from, including a 187 bhp 2.0-litre diesel and 1.4-litre petrol. But if you want more power, Seat is launching a 300 horsepower Cupra model in the future.

Seat’s cars are known for being sporty, particularly when put next to their fellow VW group models like the Golf and Tiguan. If the Ateca can bring some sporty flair to compact SUVs, then it may be able to pull people’s attention from the Nissan Qashqai and Citroen C4 Cactus.

To read all our test results and full expert verdict on Seat’s maiden SUV, then head to our full Seat Ateca review. 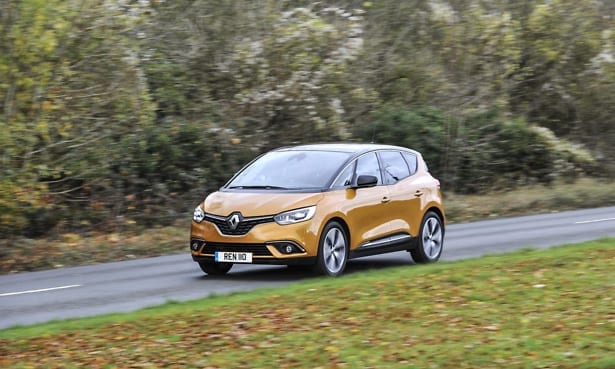 The Renault Scenic is one of the most popular MPVs on British roads, alongside the Citroen C4 Picasso and the Ford S-MAX. In its latest iteration, Renault has given the Scenic an impressive new look – this brings it in line with the Captur and Megane.

The new design blurs the line between crossover and MPV to try and capitalise on the increased growth of the small SUV sector. And we’re not complaining, as long as the striking curves don’t eat into the interior space.

Boot and cabin space are key to an MPV’s success and the Scenic will need to be comfortable and practical enough for the whole family. There also needs to be a wealth of in-car tech. The Scenic offers parking sensors, sun blinds, Bluetooth and a sat-nav. You’ll get an 11 speaker Bose stereo, too, if you fork out for the Dynamique S trim level.

The new Renault Scenic has all the ingredients of a successful MPV, but we have serious questions about the amount of emissions Renault’s cars produce. We found that Renault’s diesel cars produce significantly more NOx than most other manufacturers. To read more about high-polluting cars, see our guide on the dirtiest and cleanest car makers.

Find out if the French manufacturer has cleaned up its act – read our full review of the Renault Scenic review. 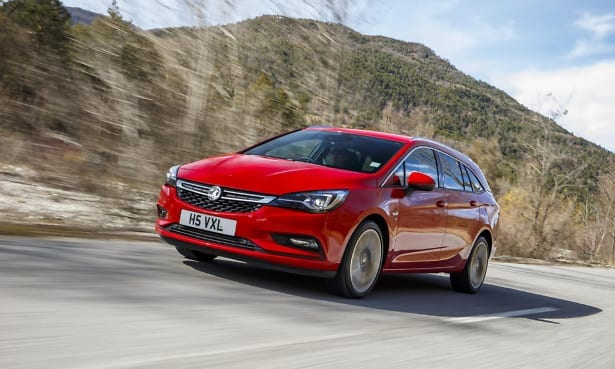 The latest Astra Sports Tourer estate will have Vauxhall hoping it can garner the same popularity and praise as the medium car it’s based on.

The new estate has more space than the outgoing Tourer. Vauxhall claims the capacity of the boot is 540 litres, a claim we put to the test in our lab.

The most recent Astra was agile and fun on the road. If Vauxhall can keep that sense of fun in the estate version, then the Sports Tourer may be able stand out next to the VW Golf and Ford Focus estates.

An impressive variety of engines will help, too. There’s five petrol engines to choose from – including two turbocharged ones, as well as three diesel engines.

To find out if the Tourer can replicate the success of the Vauxhall Astra, then head to our Vauxhall Astra Sports Tourer estate review. 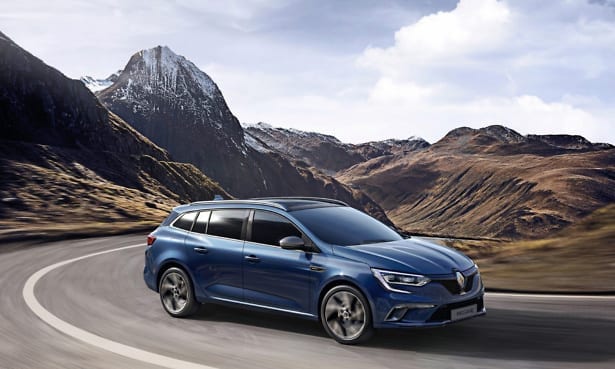 The Renault Megane estate is a direct competitor to the Astra Estate. It’s subjective of course, but we’d say the Megane has the edge when it comes to looks.

There’s an alluring curve to the car and unlike many medium hatchbacks that make the transition to estate, Renault’s attempt doesn’t look like a stretched out, boxier version of the car it’s based on.

The similarities between the Megane and Megane estate are more than skin deep. You get exactly the same engine options. There’s four petrol engines, including a sporty GT model that kicks out 202 horsepower. The 1.6-litre diesel is the most interesting of the bunch – Renault claims it gives 70 miles to the gallon.

To find out if Renault’s fuel economy claims are accurate and to see our final verdict, see our Renault Megane estate review. 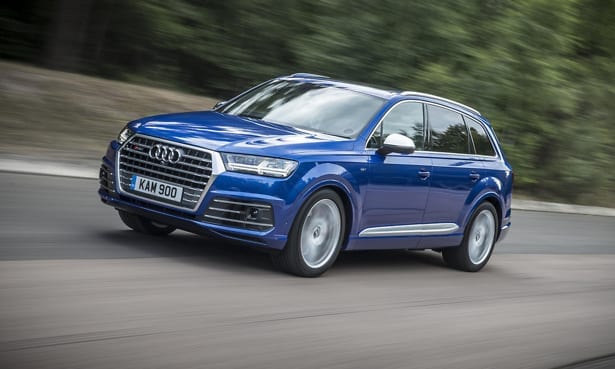 The electrically-powered compressor in the Audi SQ7’s 4.0-litre diesel engine is the first seen in a car. It works alongside two turbochargers, but acts quicker than both because it’s powered by electricity rather than exhaust gases.

All this adds up to a seriously quick 4×4 that will get up to 155mph – which doesn’t sound that impressive, until you learn the car weighs 2,405kg. It’s a seriously expensive one, too. It will set you back £71,000 before options.

Unique engine aside, the SQ7 is an Audi Q7 – a seven-seat SUV. You can pay extra for 22-inch alloy wheels, active roll bars and ceramic brake discs, which might useful if you plan to use the SQ7 to its full potential.

To see how the SQ7 and its unique new engine performed in our test lab, go to our Audi SQ7 review. 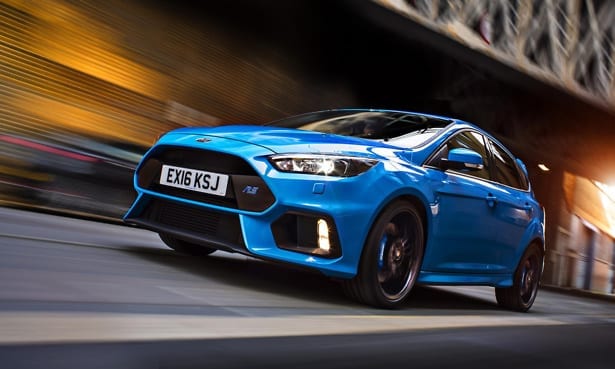 When Ford slaps RS at the end of Focus it means speed and performance, but, importantly, it shouldn’t come at the expense of practicality. The Focus RS is still a popular mid-sized hatchback albeit with a smaller boot, but the added spoiler and aggressive curves leave you in no doubt that this car was designed to look and drive fast. Body shape aside you’ll have to look under the hood to see why you’ll pay £11,000 more for an RS.

A 345bhp 2.3-litre turbocharged engine powers the RS. It’s the same engine found in the Mustang Ecoboost, but tweaked to give even more horsepower. The result is a car that gets to 60mph in 4.7 seconds – more than a second quicker than the Mustang. All that power is passed to all four wheels, but a clever transmission can shift more of the power to the back wheels, which means you get the stability of four-wheel drive and the agility of rear-wheel drive.

For more information on the Focus’s impressive engine and to see if the power-shifting transmission keeps all that power under control then head to our full review of the Ford Focus RS. 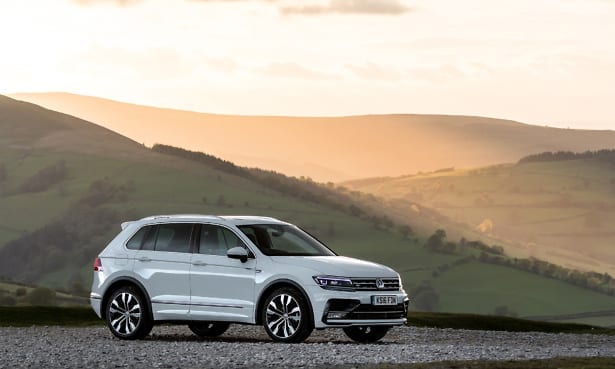 We’ve updated our review of the VW Tiguan to include our impressions of the 1.4-litre petrol engine. Sitting below the VW Touareg, the Tiguan is based on the Golf and offers four-wheel drive, though not with the petrol models. The range of 2.0-litre engines seems like the obvious choice for a car this size and it’s possible that the loss of power and the four-wheel drive could leave the Tiguan feeling under-powered.

The 125bhp petrol engine is turbocharged at least, but that be enough to recommend the petrol powered Tiguan?

Head to our full review of the VW Tiguan to see if the strong new engine is good enough to justify the steep price tag.

How much car tax will you pay?

It’s a time of upheaval for car buyers after the car tax changes that came into place on 1 April. If you’re considering a new car, make sure you know how much you’ll be paying.