We’ve put some of the most popular electric cars through our tough tests to see whether they lived up to manufacturers’ range claims, and found most of them to be lacking.

Our tests have found electric cars that fall far short of the ranges claimed by their manufacturer, with one falling 80 miles shy of the claimed figure. Only one managed to exceed the claimed max range.

You can see the startling differences between claimed and real ranges in the graphic below. With one electric car you’ll only get 62% of the promised range – that’s a measly 58 miles.

Keep reading to find out more about electric car ranges. We’ll also help you choose a hybrid alternative if you’re not yet ready to go fully electric. Still want to stick with petrol or diesel? Then find out what car manufacturers have in store for you.

We’ll help you find the best car for your budget – head to our top cars for 2017.

Electric car ranges: how far can you really go? 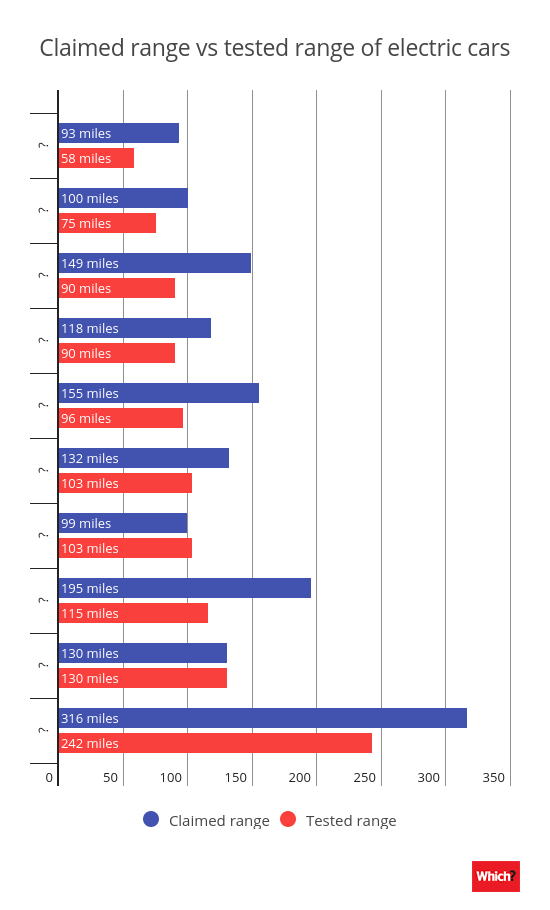 Want to buy an electric car? Use the results of our independent tests to choose wisely.

If you find out your shiny new car’s real range when your nearest charging point is a slow 3kW adaptor and you’ve got a long journey ahead, you’ll be left waiting for a good 6 to 12 hours while your battery recovers.

How about a hybrid car? 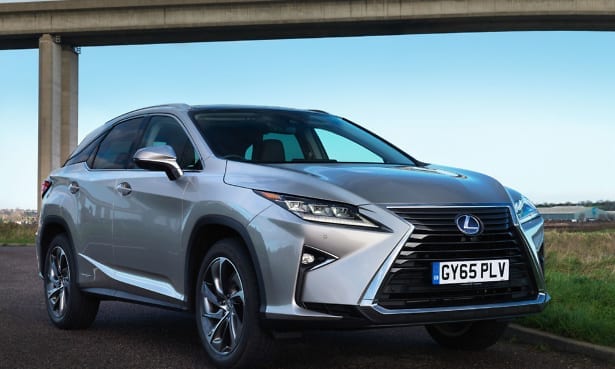 For most people, particularly those who don’t have off-street parking or live in a city with a wealth of public charging points, a sub-200 mile range isn’t going to cut it.

The government is lending support with its ultra-low emission vehicle (ULEV) grant scheme, which cuts up to £2,500 off a plug-in hybrid (and up to £4,500 off a new electric car).

To find out which models are best, see our:

What about petrol and diesel cars?

You can avoid the high tax costs on diesel by buying a car registered between 1 March 2001 and 31 March 2017. These get free annual tax bills if they emit less than 100g/km CO2.

If you’re considering a second-hand diesel, get one with the latest EU emissions limit designation: EU6. It’s the only way to future-proof your car against low-emissions zones.

However, our tests have shown this doesn’t guarantee that real-world driving emissions will match those on the statute book. So to avoid buying a polluter, check our new and used car reviews before you buy.

As for petrol, manufacturers such as Infiniti, Mazda and VW are working on frugal petrol engines with economy to match a diesel. Mazda’s new Skyactiv-X engine, for instance, has claimed power and efficiency gains of up to 30% over its current EU6 petrol engine. It’s available from 2019 and we’ll test it as soon as we can.

We can help you choose between the two fuels. See petrol vs diesel cars in 2017.

What are car manufacturers doing?

The government announced a ban on new diesel and petrol cars by 2040. So manufacturers have no choice but to pledge their support for electric and hybrid cars. Some have been more forthcoming with their plans than others.

Volvo and Jaguar Land Rover have pledged to electrify their entire range by 2020. BMW announced it would have 12 electric cars in its range by 2025.

Hyundai has released the first car to be available as a hybrid, plug-in or electric: the Ioniq hatchback. We’ve tested both the hybrid and the electric models.

There are already more than 12,500 charging points in the UK, but in the future all motorway service stations will be required to have an electric vehicle charging point.

For more information about charging, see how to buy the best electric car.

Are you considering buying an electric car?