‘Two for £3’, ‘only £1’, ‘was £3 now £2’ – the signs heralding discounts are familiar to thrifty shoppers up and down the country. In fact, in a recent poll, 43% of Which? members told us that supermarket special offers encourage them to buy more items. But beneath the bright colours and tempting signs, are the supermarket offers we see genuine? And do they give us value for money?

To get the facts behind the deals you see, we’ve analysed online pricing data for 223 of the most popular branded products on special offer in UK supermarkets. Scouring online prices at Asda, Iceland, Morrisons, Ocado, Sainsbury’s, Tesco and Waitrose, we put together a snapshot of their current pricing tactics, and found instances of misleading or confusing offers.

Our research identified three main deals that may catch you out:

Related: see the results of our most recent survey identifying the best and worst supermarkets

Supermarkets would like us to think that multibuys save us money, but that isn’t always the case. We’re often not really saving by buying in bulk, and we end up taking home more than we need.

Multibuys become misleading when supermarkets increase the price of a single item just as the offer begins. This means shoppers end up spending more per item than they would have done before the offer.

In the case of the Muller yogurt below, sold by Ocado, our investigation found that the price of a pack increased from £1.94 to £3.89 as the offer started, so despite being sold as ‘2 for £5’, shoppers were spending a total of £1.12 more for the two items than they would have done beforehand.

We found plenty of examples in which the price of the individual items increased just in time for the offer, and we’ve listed a couple more below: 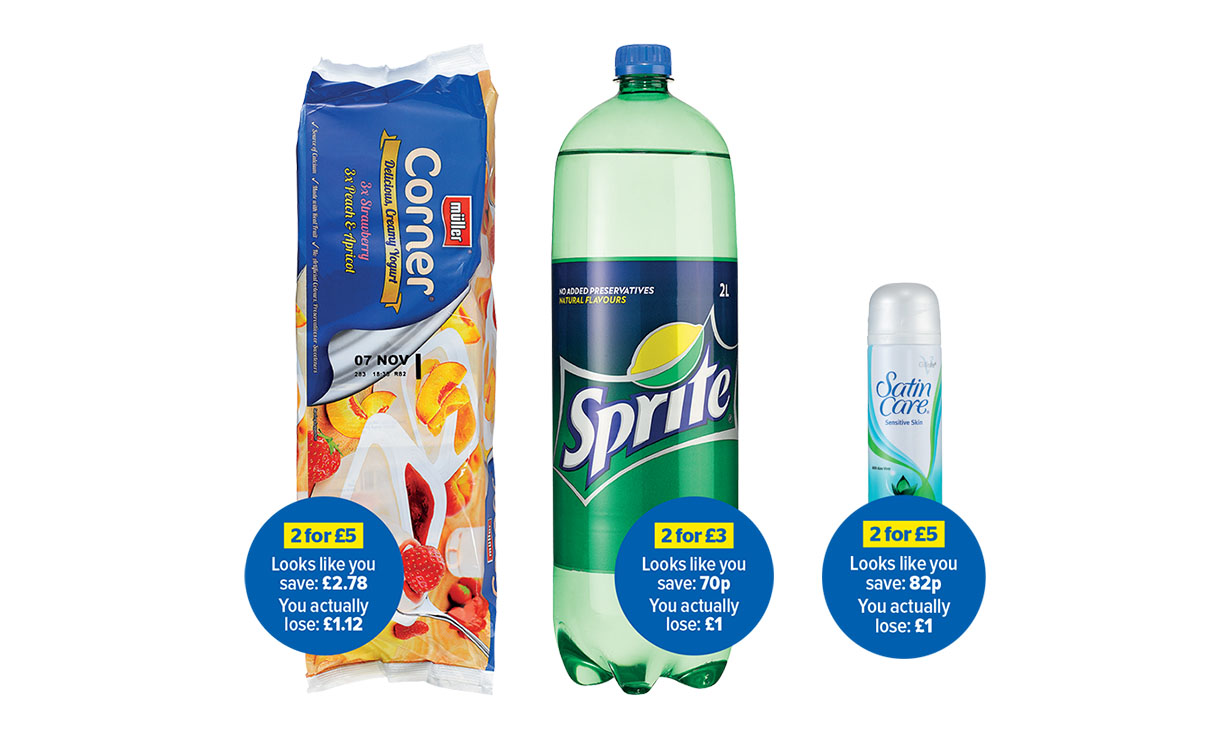 Special offers should be just that – special. Deals encourage us to buy particular products even if they are not much of a saving, or more expensive than other options, so if they’re advertised all the time, they could negatively affect our shopping decisions.

Our investigation found examples of ‘special offers’ that lasted for up to 333 days of the year. At this point, it could be argued that the offer price is just its normal price.

While this might be good news if the discounted product is something you would buy anyway, it means there’s a risk of being caught out when it reverts to the higher ‘normal’ price. In many cases, a cheaper brand may offer better year-round value. It’s easy to feel a sense of urgency around special offer prices, but that may mean you’re losing out.

Below, we’ve listed three examples of this type of deal: 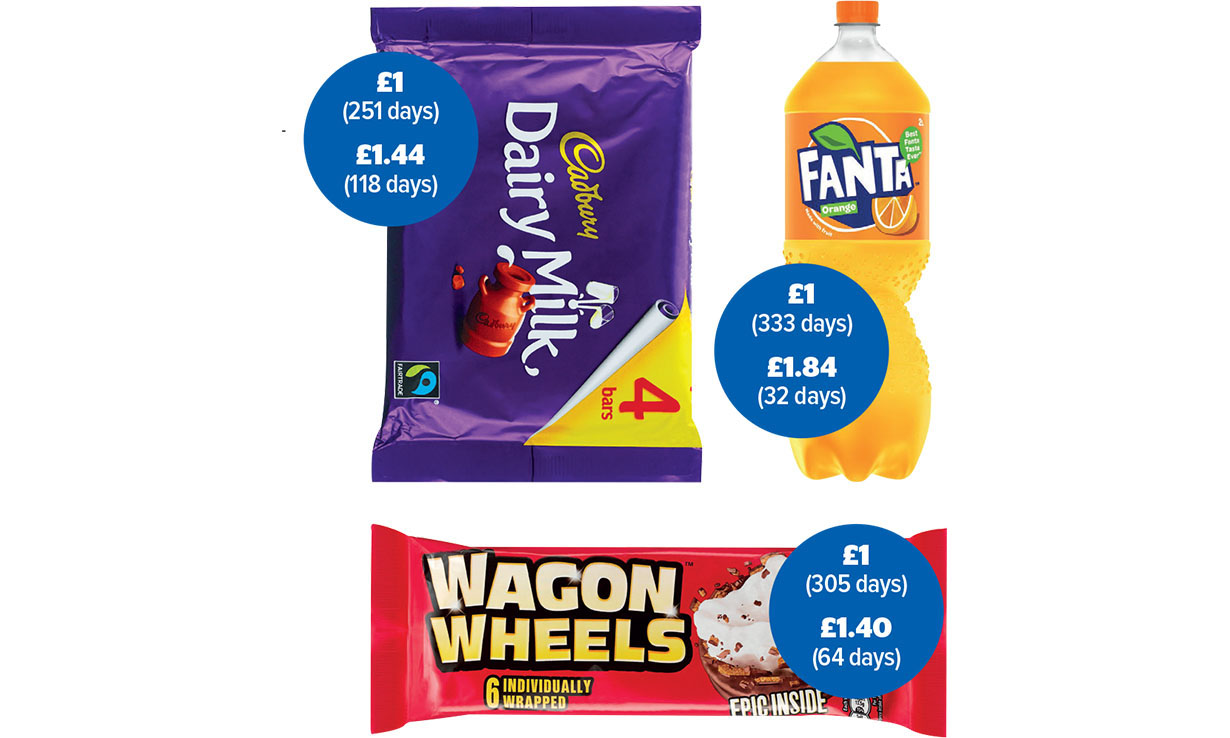 We all know that offers that seem too good to be true almost always are. It’s an adage that often rings true for supermarket discounts, particularly when it comes to ‘was/now’ price drops. If something is advertised as ‘was £5, now £3’ you’d expect the ‘was’ price to be most recent or regular previous price, but that isn’t always the case.

For example, we spotted a tub of Ben & Jerry’s ice cream that was sold at Morrisons for £3, labelled ‘was £4.47’, but only two days beforehand the same tub cost £2.50, and had done for over a month. While it looked like a good deal, you were paying more than you would have before the offer began.

This type of discount is popular with Which? members – 37% of the 1,410 members surveyed agreed they’d go for a ‘was/now’ deal over any other offer – so it’s worth being aware that they can be misleading. Here are more examples: 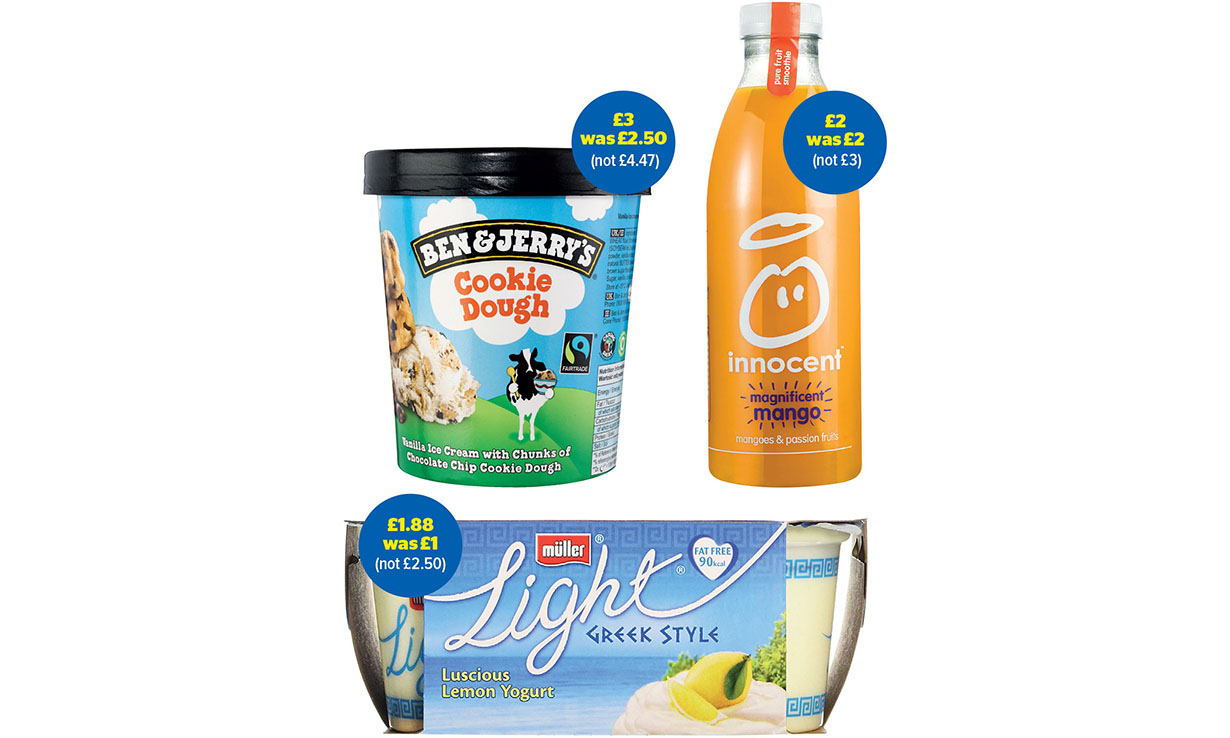 So what should shoppers do?

The ideal solution is that the supermarkets change their ways – and we’ve contacted the Competition and Marketing Authority (CMA) with our findings – but in the meantime we will keep digging into these offers and you should try to do the same. Be aware that the offers you see might not be as good as they appear. Think twice before you buy something and always do the maths. If you’ve seen any of these tricks on your own supermarket shopping trips, let us know in our Conversation community.

We analysed online pricing data for 223 popular branded products across seven supermarkets (Asda, Iceland, Morrisons, Ocado, Sainsbury’s, Tesco and Waitrose) between August 2016 and September 2017, using data collected by independent shopping website MySupermarket. This is snapshot research and doesn’t take into account own-brand supermarket products or non-grocery items, such as electricals. We conducted an additional survey of 1,410 Which? members asking for your feedback on special offers in supermarkets. We also went into stores to see their sales tactics in action and research the psychology of offers.