The outlook for the British high street seems bleak, with numerous retailers, including M&S, House of Fraser and Waitrose, announcing store closures, and others going into administration. But does it have to be this way? Maybe not, if high streets can adapt to what we want.

Town centre spending is set to increase by 4.9% (£5.3bn) in the next five years, according to retail research company GlobalData, with food and grocery spending set to rise the most. But how is that possible with so many gloomy stories about shop closures hitting the headlines?

The emergence of concept stores, an increase in automated shopping and the growth in coffee shops – our research has found that there are now around 22,000 coffee shops in the UK – could help revive our tired high streets.

Read on to find out more, and visit our guide to the best and worst high street shops to see what consumers rated highest and lowest out of 100 shops. 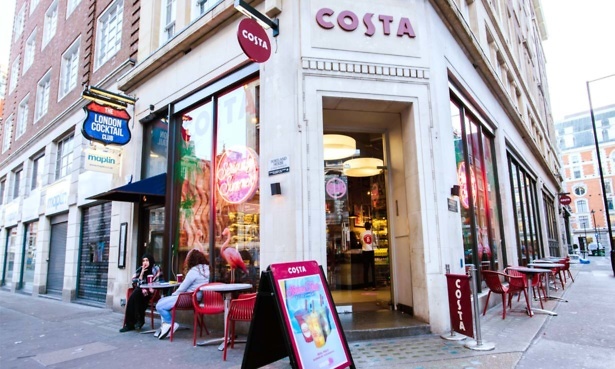 Socialising on the high street

The high street becoming a social hub, where people go to catch up rather than shop, is the future, according to expert Dr Cathy Hart, a senior lecturer in retailing at the University of Loughborough. ‘There is an assumption that shoppers have deserted the high street,’ she says, ‘but you have to look at the broader picture.’

Experts believe towns should be investing in community and leisure centres to draw people back to the high street. While we may see less traditional shops in the future, we’re likely to see more places to socialise.

We’ve already seen this happening with the rise of coffee shops – both independent and chains – which offer us a chance to catch up with friends and family. Costa Coffee, the biggest coffee chain in the UK, makes up just over 10% of the market, with 2,218 stores across the country.

We’re also seeing more restaurants, bars and beauty salons opening up in the spaces left by clothing and flooring shops, according to the Centre for Retail Research. See the table below for what’s popular on the high street and what’s disappearing.

A number of concept stores and showrooms, where brands can showcase their products and allow consumers to get hands on with them, already exist in the UK. Instead of simply offering somewhere for customer to buy, these shops are interactive, making them more of a destination store.

In London, there is a Dyson shop on Oxford Street, where you can try out its vacuum cleaners or get advice from a stylist on how to use its Supersonic hair dryer.

A few streets away, you’ll find the KitchenAid London Experience Store and Showroom, where you can watch free demos and take part in a cookery class – ideal for Bake Off fans keen to try out its kitchen gadgets before buying.

Also, online-only furniture shop Made.com has showrooms in London, Birmingham and Batley, near Bradford, where you can look at and try items before buying online. 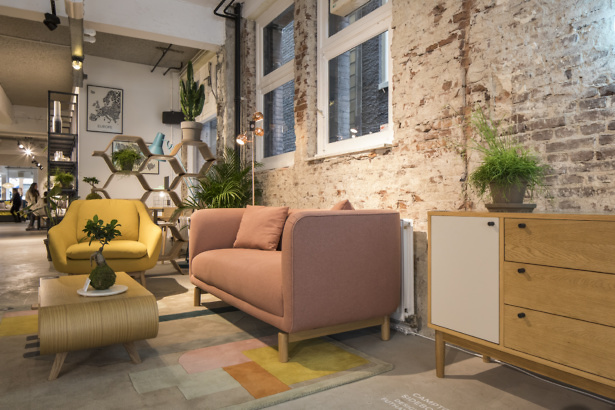 As shoppers turn more towards shopping online, concept stores are likely to expand, giving people the chance to ‘try before you buy’.

Technology is always evolving, and our high streets aren’t exempt from the tech takeover. We’ve already embraced contactless card payments across the country, but in the UK and around the world, technological shopping is being taken to new levels.

Tesco has just announced that is is trialling a checkout-free Scan Pay Go app that allows customers to scan and pay for items using their smartphones. This is currently being trialed by Tesco employees in one store, but could be rolled out if successful.

Tesco is not the first supermarket to do this – the Co-op has pay-in-the-aisle technology, while Sainsbury’s trialed a similar app in 2017. Find out how customers rate these three supermarkets in our guide to the best and worst supermarkets.

Amazon recently launched a queue-less shop in Seattle, completely automated and free from self-check-outs. Called Amazon Go, you simply pick up the item you want and walk out of the store. Its cameras will log what you’ve taken and charge your Prime account when you leave.

Amazon has trademarked Amazon Go in the UK, so there is a chance this will come to Britain soon.

But it might have competition. According to rumours reported by Reuters, it is said that Microsoft is also working on technology for automated check-outs.

Microsoft already enables retailers to sell online by offering technology solutions, such as cloud storage, but there is speculation that this new venture means it allow established grocery brands to use automated shops.

Chinese retail internet giant Alibaba has ‘walk-out’ supermarkets with no cashiers called Hema. Consumers buy their groceries in-store using an app and can have them delivered to their home within 30 minutes. Flick through our gallery below to find out how it works.

For a truly rounded service, customers can choose to have their groceries cooked in-store by Hema chefs and then delivered to them. The company recently announced that its delivery service will operate 24 hours a day in Beijing and Shanghai, and consumers can order cooked goods for delivery until 1am.

And it’s not just the US and China who are getting in on the action. French grocery store Carrefour has announced a partnership with Google France, which could create the country’s first grocery shopping experience through Google interfaces and is due to launch in 2019.