About 1.3 million passenger journeys were delayed by at least three hours last year, according to Which? analysis of Civil Aviation Authority (CAA) data.

We analysed Civil Aviation Authority punctuality data for the year to June 2018 and found the bulk of the delayed flights were with:

The three airlines had delay rates close to the industry average of 0.7% of total flights.

But the high volume of passengers they carried still meant that more than 630,000 passenger journeys were severely delayed.

We calculated this by using an estimated average of 102 passengers per flight.

In total, more than 13,000 flights flying to or from UK airports were delayed by at least three hours last year.

If you’ve been on a delayed flight, our free advice can help you to claim flight delay compensation. 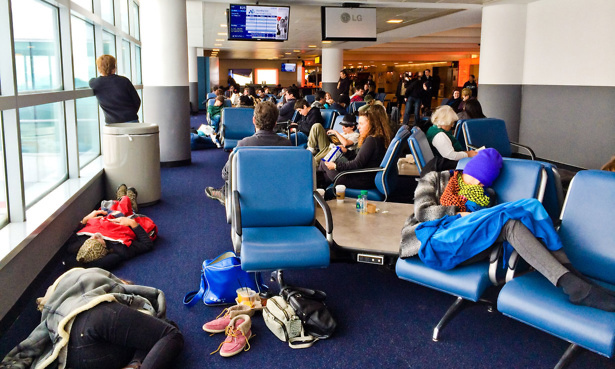 Combined, the number of passenger journeys which experienced a severe delay totaled more than 38,000 across the three airlines.

Thomas Cook, TUI and Saudi Arabian Airlines had the highest proportion of severely delayed flights for medium-haul flights – across the three airlines that equated to about 40,200 passengers held up by three hours or more. 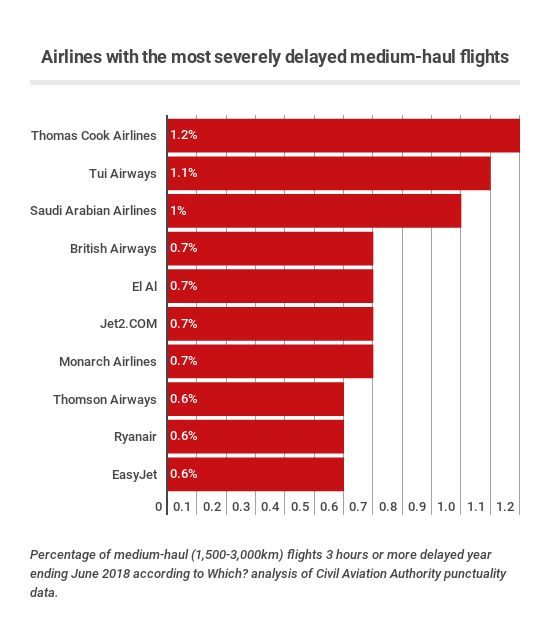 The Icelandic flag carrier has seen a three-and-a-half-fold increase in the proportion of three-hour delays in the past year. 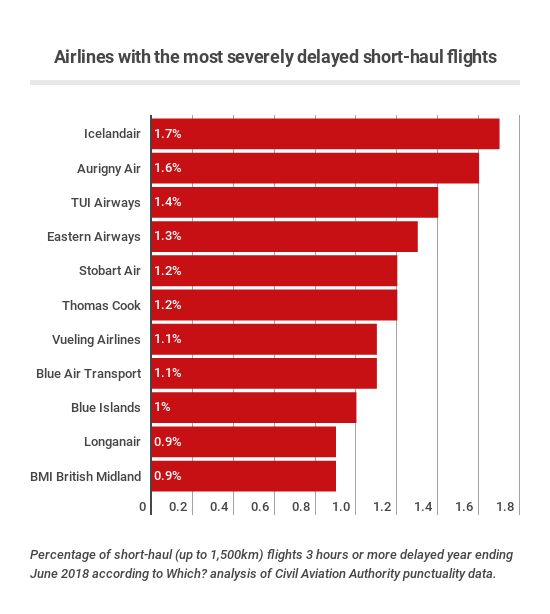 If your flight’s delayed by two hours or more, your rights under the the Denied Boarding Regulation – or EU Regulation 261/2004 – start to kick in.

If you’re delayed for two hours, the airline must offer you:

If you’re delayed for three or more hours, you’re also entitled to be paid compensation by the airline.

This can be between £220 and £360 compensation on short-haul flights, and up to £535 for longer flights, depending on the length of delay.

Work out how much you’re owed using our flight delay and cancellation compensation calculator.

Airlines are only exempt from paying out if they can prove that the delay or cancellation was caused by ‘extraordinary circumstances’ such as extreme weather conditions or strikes at an airport.

But because strikes by the airline’s staff are within the airline’s control, such as the Ryanair pilot strikes over summer, you’re entitled to claim full flight delay compensation. 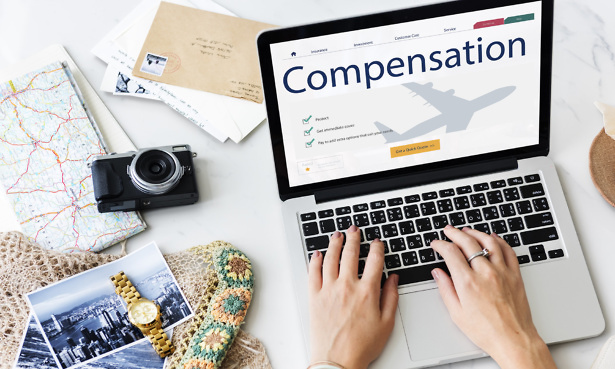 Automatic compensation must be introduced

Which? believes that it is time for airlines to start automatically compensating eligible passengers for delayed and cancelled flights, as the current process can be complicated and time consuming. 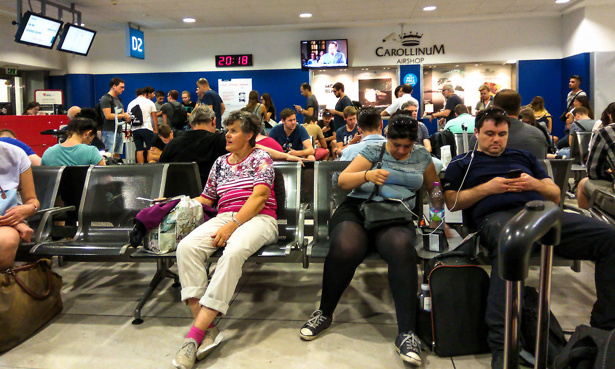 Which? managing director of home products and services Alex Neill said: ‘Severe delays can be a complete nightmare and totally wreck a long awaited trip abroad, especially if it means you’re stuck in an airport terminal for hours on end.

‘Passengers are often entitled to compensation when airlines get it wrong and it is vital that automatic compensation is introduced across the industry so that people no longer have to jump through hoops to get what they are owed.’

When you’re hit by flight delays and cancellations, we think airlines should step up and compensate you automatically. Are you with us?

Sign our petition to persuade all airlines to automatically compensate for flight delays.

These findings follow an analysis of Civil Aviation Authority punctuality data. We have included flight operators offering at least 1,825 flights per year, and included both arrivals to, and departures from, UK airports.