The Volkswagen Up!, Seat Mii and Skoda Citigo city cars, all based on a similar Volkswagen Group design, and the Jeep Renegade received only three stars out of five for safety in the crash tests. Any car that receives three stars or less in these tests is an automatic Don’t Buy. We round up the full results from more than 20 family cars crash tested below – find out which cars did score well.

The tests were carried out on the Volkswagen Up! – the other two Volkswagen brand cars, the Seat Mii and Skoda Citigo, received the same ratings since they’re nearly identical cars.

All four of these Don’t Buy cars have been re-tested to Euro NCAP according to its new tougher test programme, having received five stars when originally tested years ago by Euro NCAP closer to when the cars originally launched. Their three-star new results mean they are no longer up to the safety standards of many more modern cars (although are still legally safe to drive).

Find out how all the family cars performed in latest crash tests below.

Best cars – beyond safety, our comprehensive tests and expert verdicts reveal the most reliable, efficient and great to drive cars you can buy.

Why these models are Don’t Buy cars 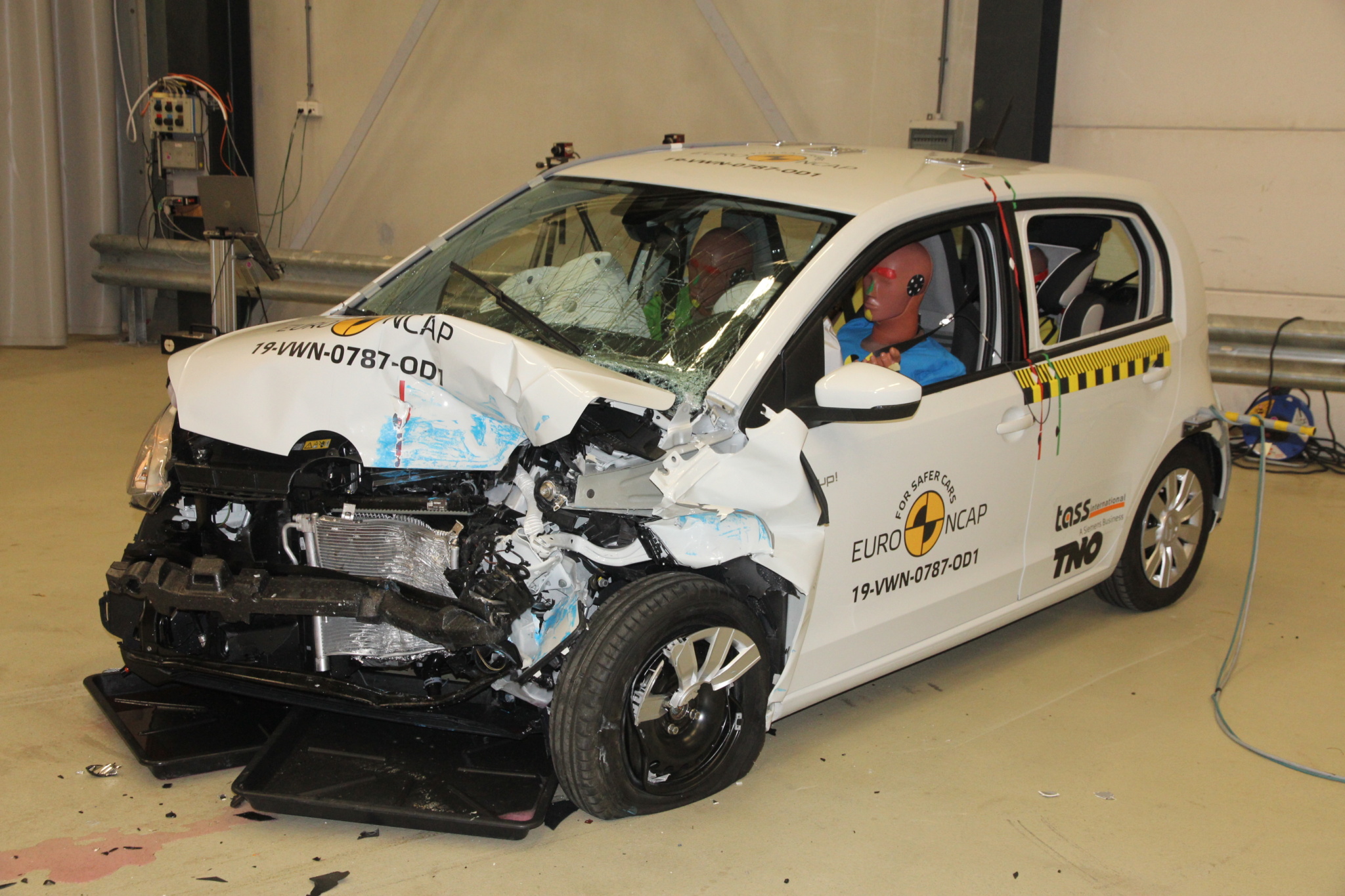 The crash test results revealed the Volkswagen Up! only offered ‘marginal’ protection for the chest of both driver and passenger in two of the crash tests.

The car was further penalised for a lack of an autonomous braking system, a safety feature that alerts the driver and automatically brakes to reduce the impact of an impending collision.

It’s widely available on the latest modern cars, such as the new Nissan Juke and Volkswagen Golf. Both of these cars received a full five stars in the latest results (scroll down to find out more). 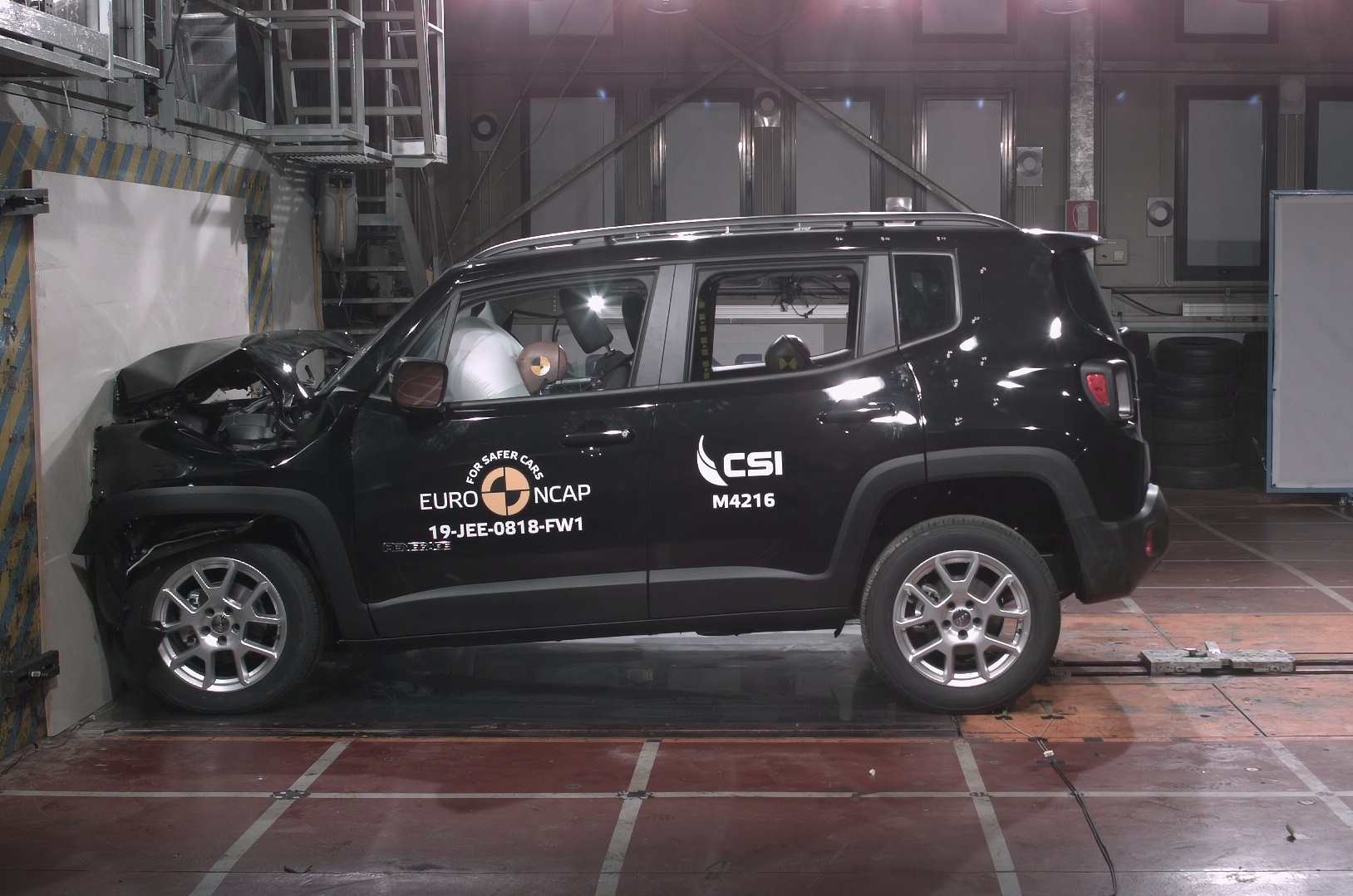 Meanwhile, the Jeep Renegade proves that seemingly reassuring, rugged 4×4 looks are no guarantee of top safety. When the car was crashed into a wide rigid barrier, protection of the driver’s neck and that of the rear passenger’s chest were rated as ‘marginal’.

The Renegade was also penalised for not having an autonomous braking system. While it’s available as an option on this car, we don’t believe safety should be an optional extra. Hence being made a Don’t Buy. 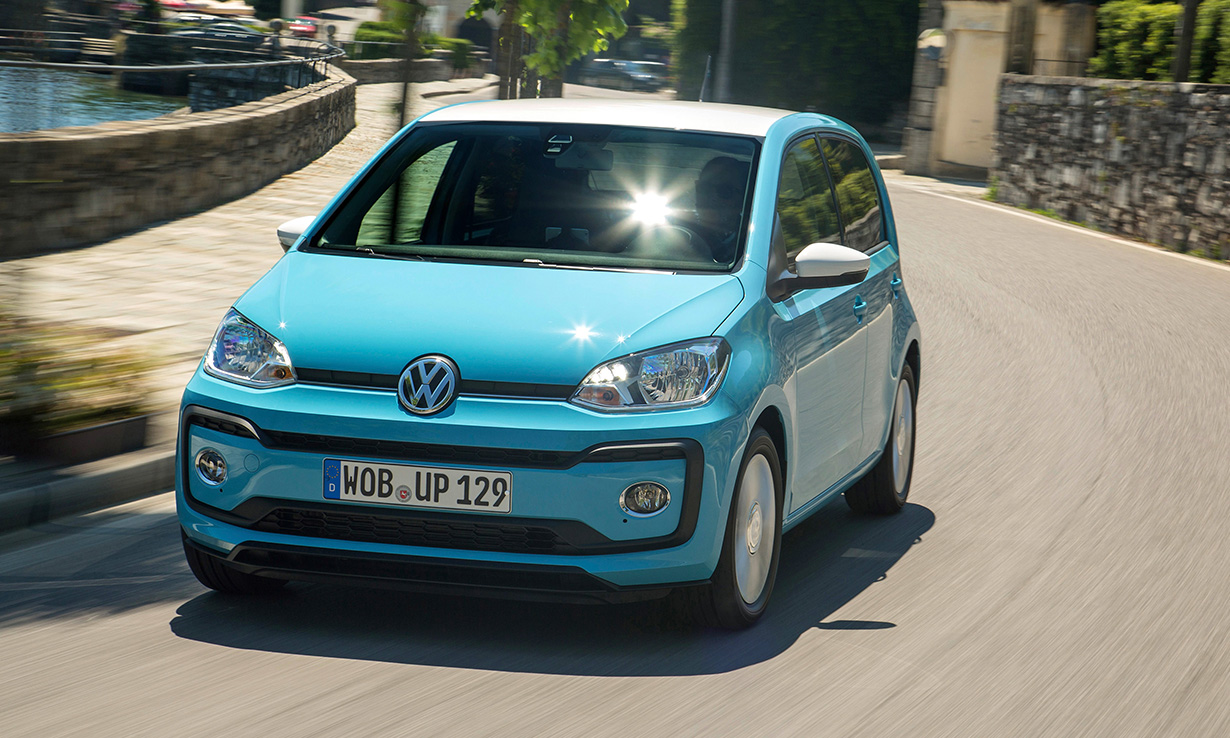 Designed to be ideally compact for urban driving, the Volkswagen Up! – and its very similar Volkswagen Group siblings the Seat Mii and Skoda Citigo – is a four-seat city car. It offers a surprisingly spacious cabin, despite its miniature outer dimensions.

The main differences between the three cars are the exterior styling and interior trim, with most other features very similar. In fact, they’re so similar Euro NCAP crash tested the Up! and determined the results could also apply to the Seat Mii and Skoda Citigo. 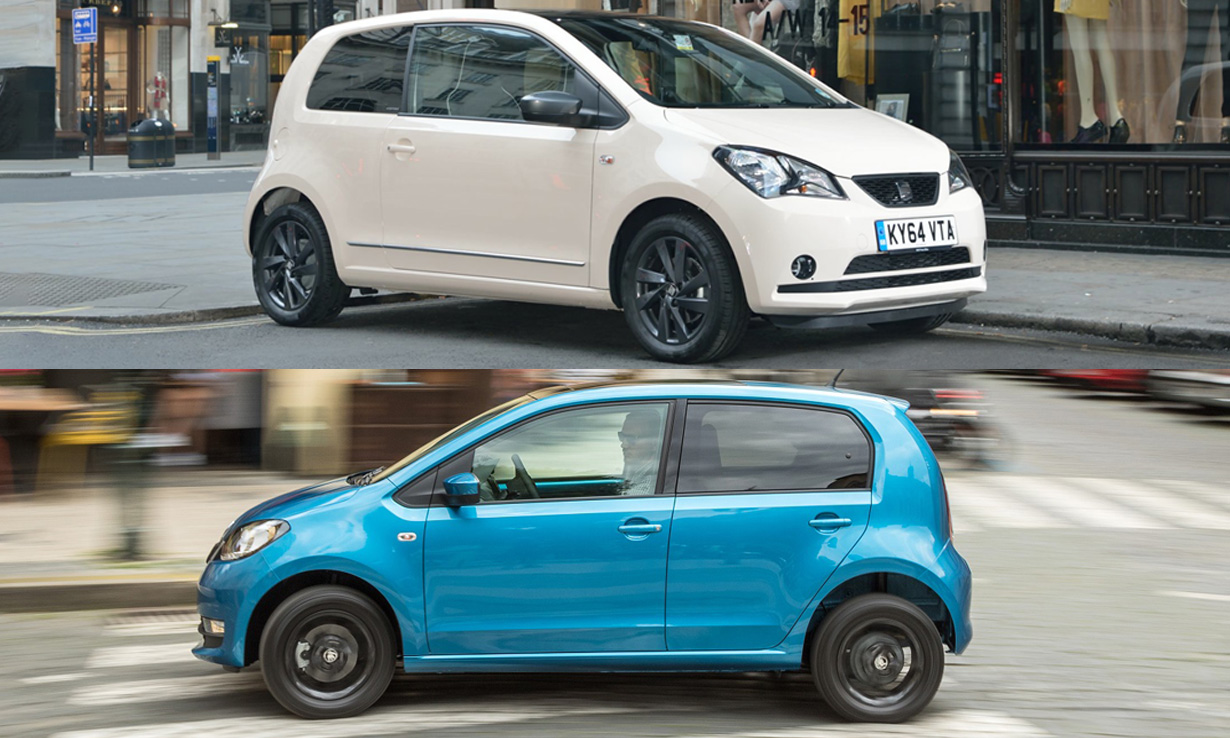 The Seat Mii and Skoda Citigo

However, with these cars originally launched way back in 2012, they’re now showing their age. Crash tests on the Up! included the front of the car crashing into a deformable barrier, slightly off-centre.

Another involved driving straight into a rigid full-width barrier (to reflect what would happen if, say, the car was driven into a wall). In both of these tests, protection of the chests of both the dummy driver and passenger were rated as worryingly ‘marginal’ for excessive rib compression.

The Up! had a 2016 mid-life refresh, which included the addition of extra safety equipment. But this hasn’t stopped it falling behind in safety tech.

In fact, the Up!, Mii and Citigo all lack an autonomous emergency braking system – it’s not available even as an option. This system triggers an emergency brake in the event of an imminent collision, reducing the force of the impact to help protect the family inside.

What did our expert lab and road tests reveal about other aspects of these cars, including fuel efficiency, emissions and how practical they are? Find out in our definitive reviews: 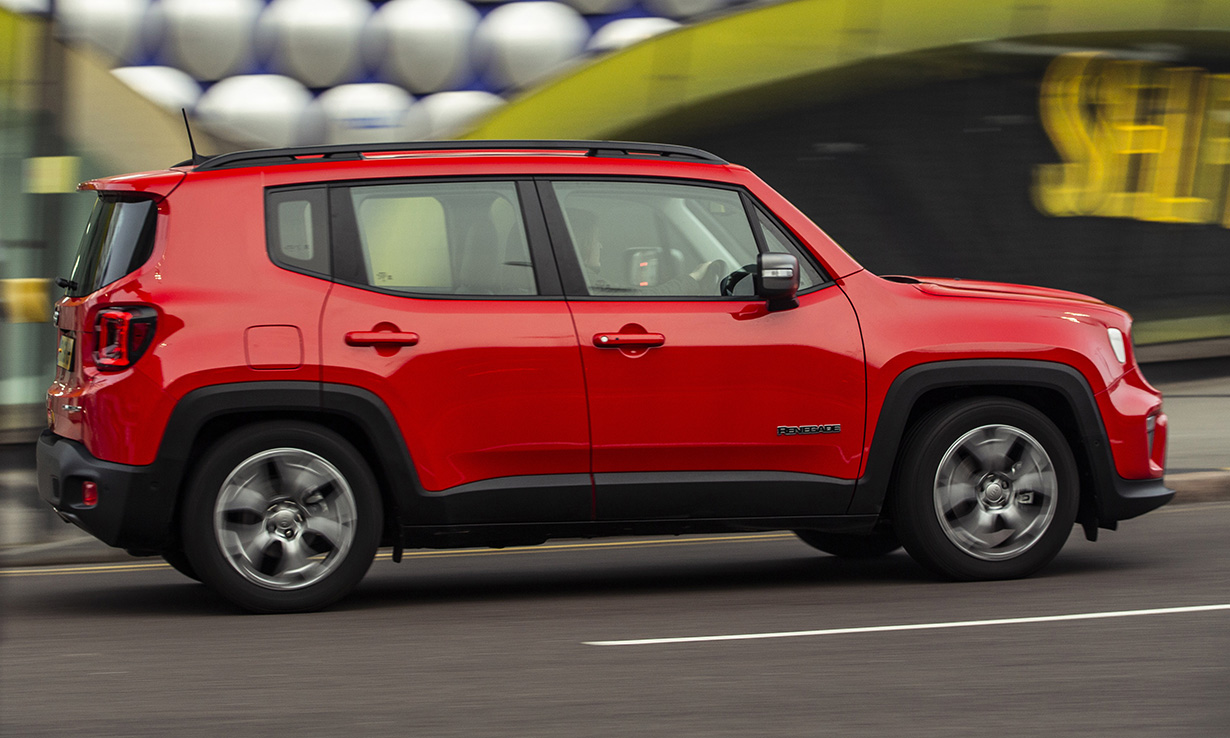 Originally launched in 2015, the Jeep Renegade may look like a tank, but it’s smaller than you might think – aimed squarely at compact SUV rivals like the Nissan Qashqai and Vauxhall Mokka X. Unlike these cars, though, the Renegade aims to provide genuine off-road driving, but the crash tests exposed that it’s not as robust as it may seem.

Protection of the dummy driver’s neck was rated as ‘marginal’ due to the tensile forces recorded on the dummy, and substantial rib compression meant that protection was ‘marginal’ for the rear passenger’s chest when the car was crashed forwards into a full-width rigid barrier.

Protection of the adult was rated as ‘marginal’ due to rib compression readings on the dummy when the car suffered the more severe side-pole impact in their tests, although other body areas were offered ‘good’ protection.

Unfortunately, an autonomous braking system isn’t standard, so wasn’t fitted for Euro NCAP’s crash tests. If you buy this car, we strongly recommend you get it as an option.

So with the safety pack, is this a great family car, perfect for countryside excursions? Our experts reveal all in our exclusive Jeep Renegade review. 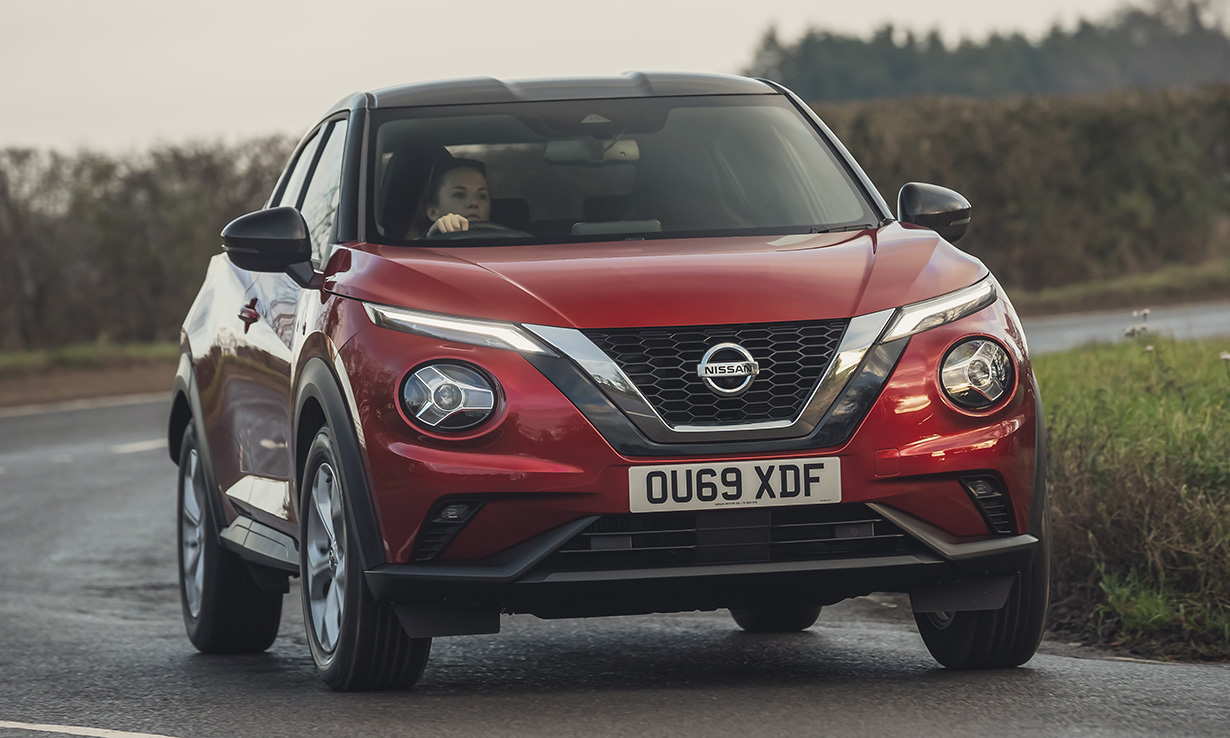 The driver and passenger had ‘good’ or ‘adequate’ protection in all crashes, except the most severe forward impact of the car into a pole offset to one side, where chest compression of the adult was rated as ‘adequate’ and other areas as having ‘good’ protection.

The Nissan Juke with its distinctive – if divisive – looks has been a runaway success, and is credited with popularising compact crossovers when it launched nearly 10 years ago now. Now swarmed by a host of competitors, has Nissan done enough with the all-new second-generation model?

It now sports more modern, less edgy looks, but it’s the inside where the real differences are. There’s more space in the rear seats and for luggage, and the advanced safety features come as standard, regardless of which model you buy.

Is this the ideal family car? Discover if the reliability, fuel economy and emissions of this car should put it top of your shortlist in our first look Nissan Juke review. 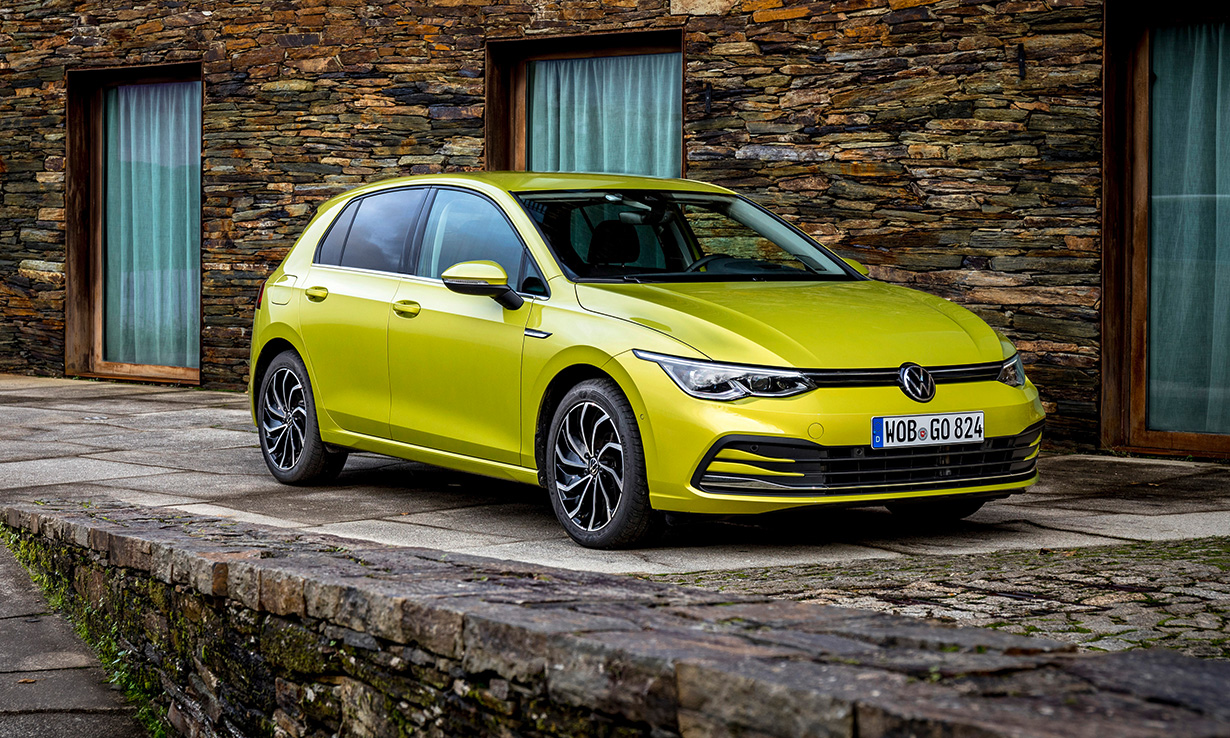 SUVs may be the craze of the moment but, much like the Ford Fiesta, the long-running Volkswagen Golf remains one of the top-sellers among UK buyers. With this all-new eighth-generation model, Volkswagen has refined, rather than radically changed, the formula.

LED headlights are now standard across the range. Elements of the interior, including the dashboard strakes (edges), are taken from more expensive Volkswagen and Audi models. A 10.25-inch digital display is fitted as standard on all models, a first for a mainstream medium family hatchback.

Could this be the perfect car for your family? Find out what our experts think, in our Volkswagen Golf review. 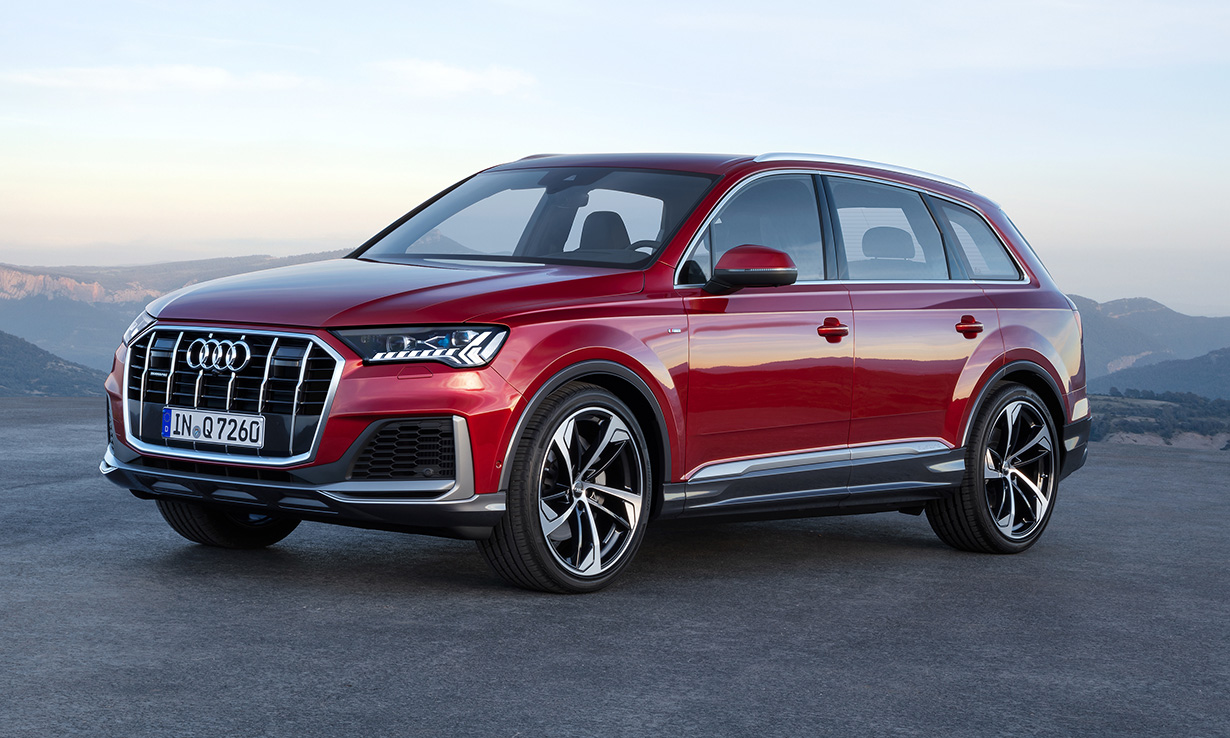 This second-generation Q7 is only Audi’s second-ever full-size SUV, despite the German manufacturer’s fame for its four-wheel-drive vehicles. It seems ideal for big families, with seven seats.

It’s also packed with tech, replacing traditional dials with a 12.3-inch screen that can display media information or even be used as a sat nav map in an exceptionally clear widescreen.

There’s plenty of safety kit on board, too, with the Q7 awarded the full five stars in Euro NCAP’s crash tests.

It’s available solely with a 3.0-litre V6 turbo diesel, so is the fuel economy up to scratch? We put it through its paces in our full Audi Q7 review. 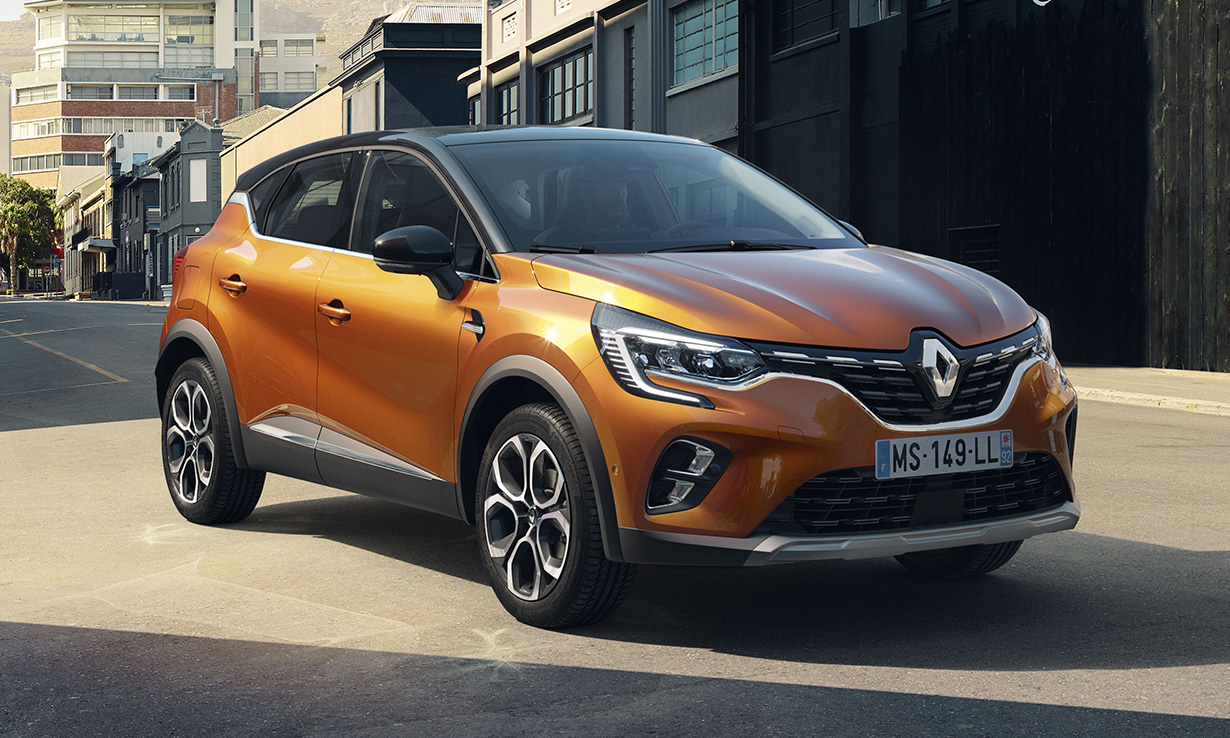 The all-new second-generation Renault Captur is the successor to a hit model for Renault. It updates the original’s eye-catching styling, as well as aiming to make the car more practical with more space and a higher-quality interior. It’s received five stars from Euro NCAP, too.

The interior is almost identical to the new Renault Clio, with soft-touch materials on most surfaces. it also has two sharp new displays, including an optional 10-inch digital driver’s display in place of conventional dials, and a seven-inch infotainment screen (upgraded to 9.3-inch on higher trim models).

Look like a great choice for your family? We drove it at its international launch. Find out whether it has what it takes in our first look Renault Captur review. 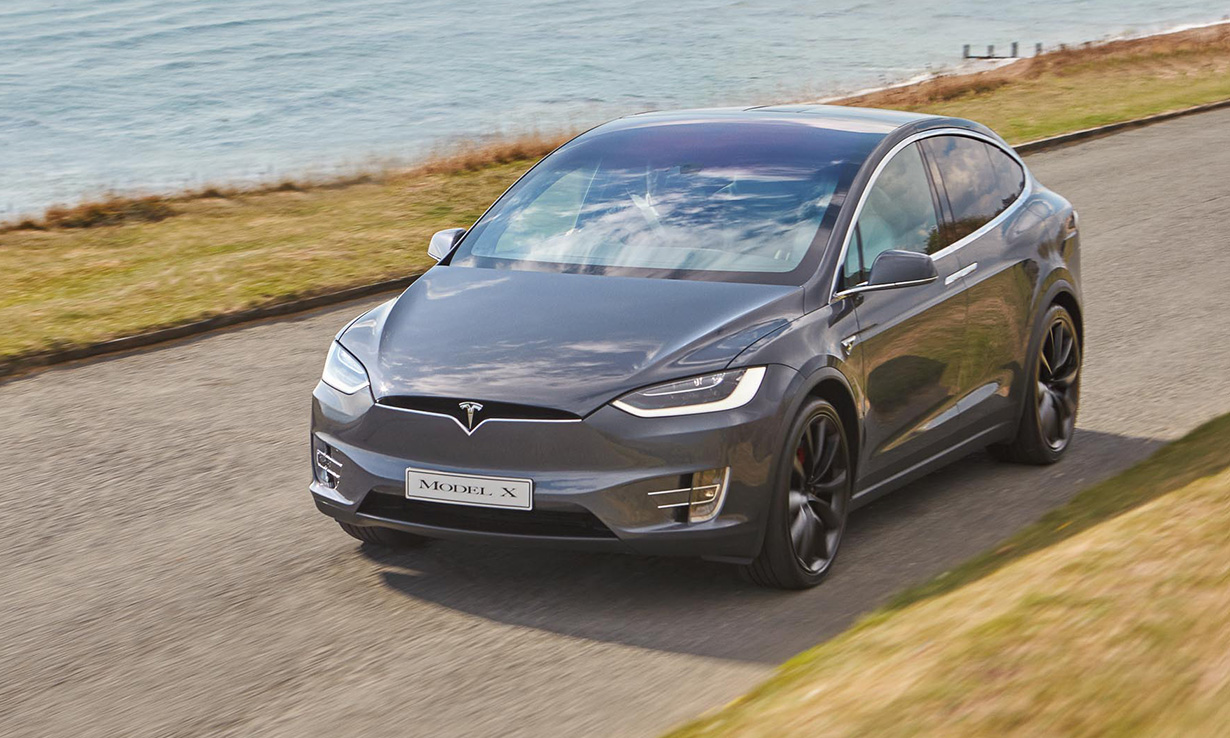 The Model X has outscored a rival electric SUV, the Chinese-made Aiways U5 (£27,000) (pictured below). The U5 received only three stars in Euro NCAP’s crash tests, which means it’s a Don’t Buy.

Find out if our lab and road tests revealed whether this is the family electric car you’ve been looking – see our Tesla Model X review. 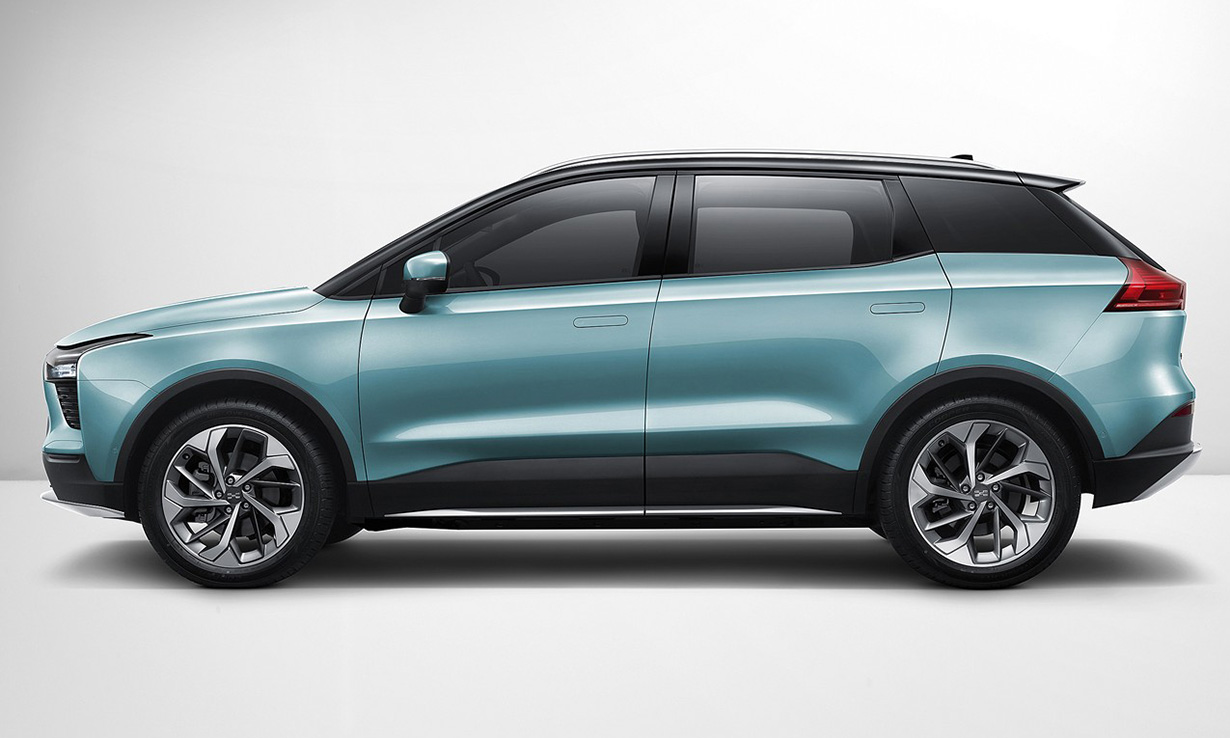 Euro NCAP have been so busy crashing cars there’s too many to feature here. The Volkswagen Sharan and its sister model the Seat Alhambra received four stars out of five.

This is because in Euro NCAP’s frontal full-width rigid barrier crash test, the rear passenger dummy’s shoulder belt forces in the Volkswagen Sharan were excessive and rib compression meant protection of the chest was rated as ‘poor’.

The Volkswagen Sharan and Seat Alhambra are ‘structurally identical’ according to Euro NCAP, with the same interior fittings and levels of safety equipment as standard. This is why the Sharan crash test can also be applied to the Alhambra.

See below for the all the other cars Euro NCAP crash tested and their results:

Our extensive independent lab and road tests will help you find the perfect car for your budget. See our car reviews.