Hybrid cars, particularly the latest raft of plug-in hybrid (PHEV) models, are often up to the task of towing, but you’ll need to consider your needs carefully to find a model that will be an adequate replacement for your current petrol or diesel tow car.

If you’re looking for a new car with greener credentials, but have concerns that an economy-minded hybrid won’t have the grunt to tow your caravan or trailer, then you’re in luck.

With carmakers preparing for an emissions-free future, diesel is currently public enemy number one. This has been reflected in recent sales figures.

Diesel is still a sensible option for some. For those covering galactic annual mileages, a low-revving diesel will likely provide decent fuel economy returns. If towing is a top priority, however, many hybrid models are now proving to be just as capable as their petrol and diesel counterparts – particularly in large cars and SUVs, which have traditionally worked best with diesel engines.

Read on to find out which hybrid models you should be considering for your next tow-car and which to avoid, plus whether it’s possible to find a fully electric car that can make it to the campsite with your caravan in tow.

Head straight to our best cars for 2020 to find the perfect car to meet your needs, including our top picks of the latest hybrid and electric cars. 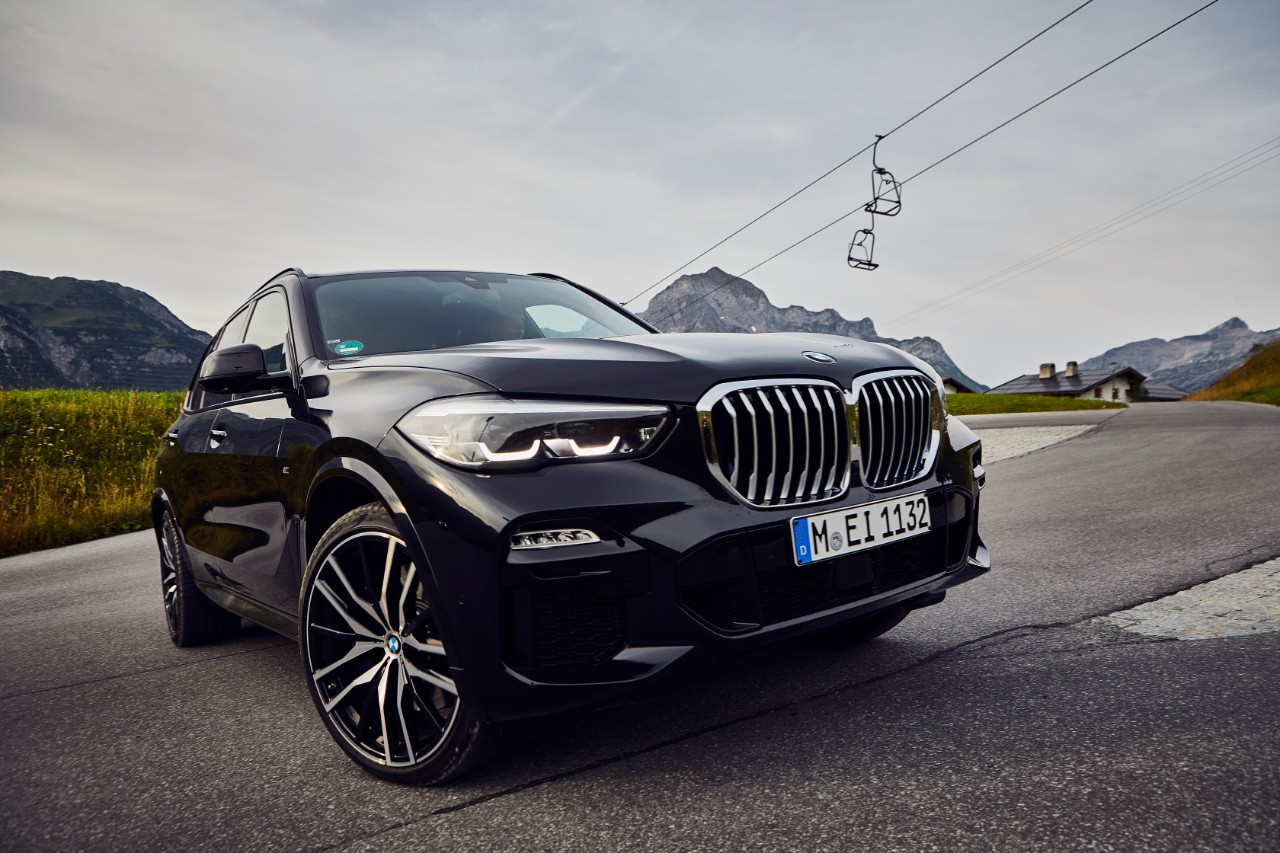 For each car, we’ve looked at how heavy a braked trailer it can tow (a trailer fitted with its own brakes, rather than relying solely on the car’s own braking performance).

To get maximum hybrid towing power, you’ll need a PHEV rather than a full hybrid (that can’t be plugged in), and an upmarket and enormous SUV one at that. The biggest hitters are: 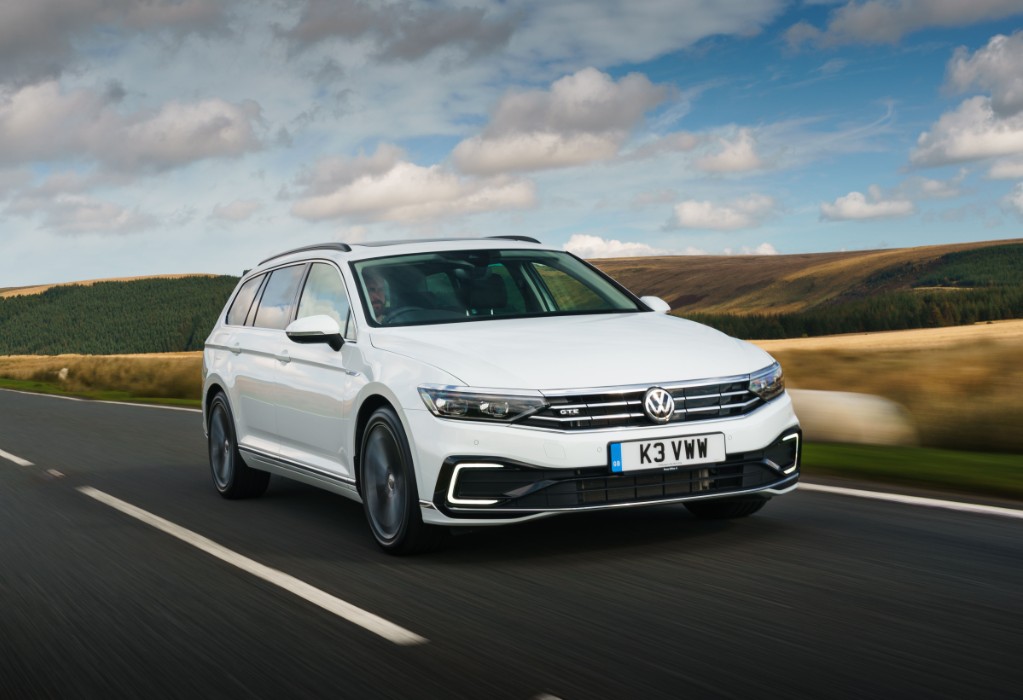 If an SUV isn’t your cup of tea, Mercedes’ latest E-class large saloon (£43,480) is available as a PHEV, and exactly matches the towing capacity of its 2.0-litre diesel sibling, at 2,100kg.

For a less expensive German car, look to the recently refreshed Volkswagen Passat GTE estate (£33,803). Despite only having a tiny, 1.4-litre petrol engine, it can tow a maximum of 1,600kg – that’s 400kg shy of the equivalent diesel.

Did these plug-in hybrids and other hybrids we’ve tested perform brilliantly overall when we put them through their paces in our test lab? Find out in our PHEV reviews. 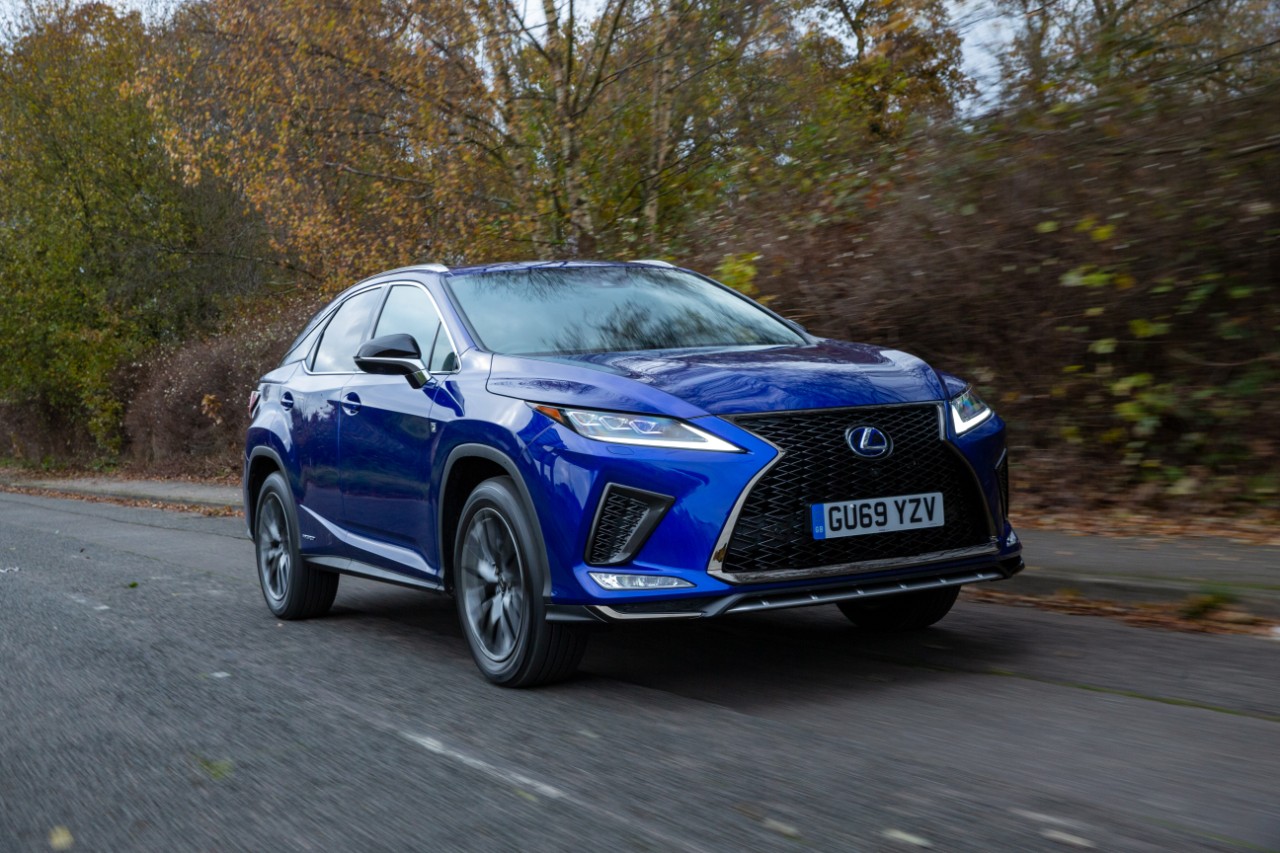 With even larger caravans (or particularly big horses), normally tipping the scales at less than 1,800kg, it’s unlikely you’ll ever need to test a car’s maximum hauling capacity. This opens up a greater range of full hybrid models, which won’t require regular access to a plug socket.

Typically, large SUVs are again the most impressive for their ability to pull a braked tow load.

For mid-size hybrid crossovers, the aggressively styled Toyota RAV4 (£30,245) marginally beats its closest rival, the Honda CR-V Hybrid (£29,428), being able to tow 50kg more, although its 800kg maximum is relatively disappointing for this size of car. 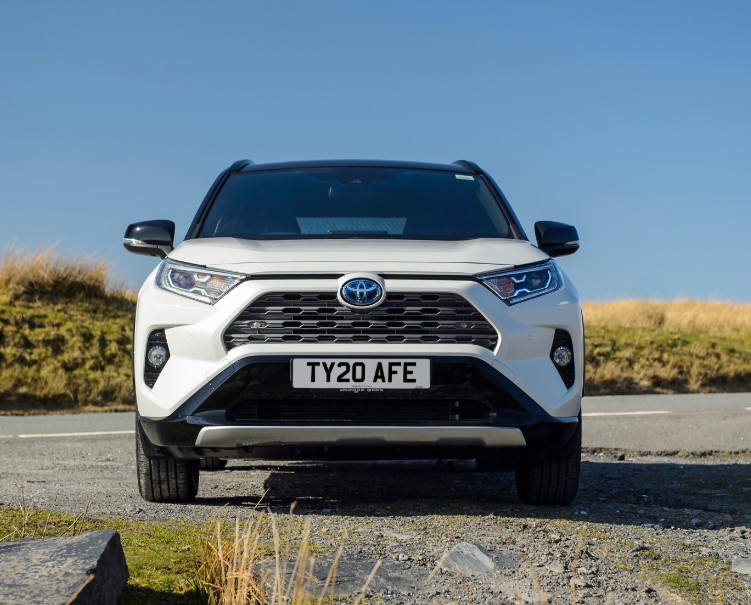 As you might expect, smaller models fare less well. The latest Toyota Corolla Hybrid (£22,921) has a maximum braked towing capacity of just 750kg – that’s just under a tonne (1,000kg) less than even a petrol Ford Focus or Vauxhall Astra can manage.

Find out whether you should invest in a full hybrid with our reviews that analyse each car’s overall performance, including fuel-economy, electric-only range and what it’s like to drive.

For some cars, the conversion to hybrid negates the possibility of towing anything at all.

Whether this is due to towing having the potential to damage sensitive regenerative braking systems, or simply because the battery gets in the way of where the tow bar would go, here are three hybrid models to avoid if you need a tow car 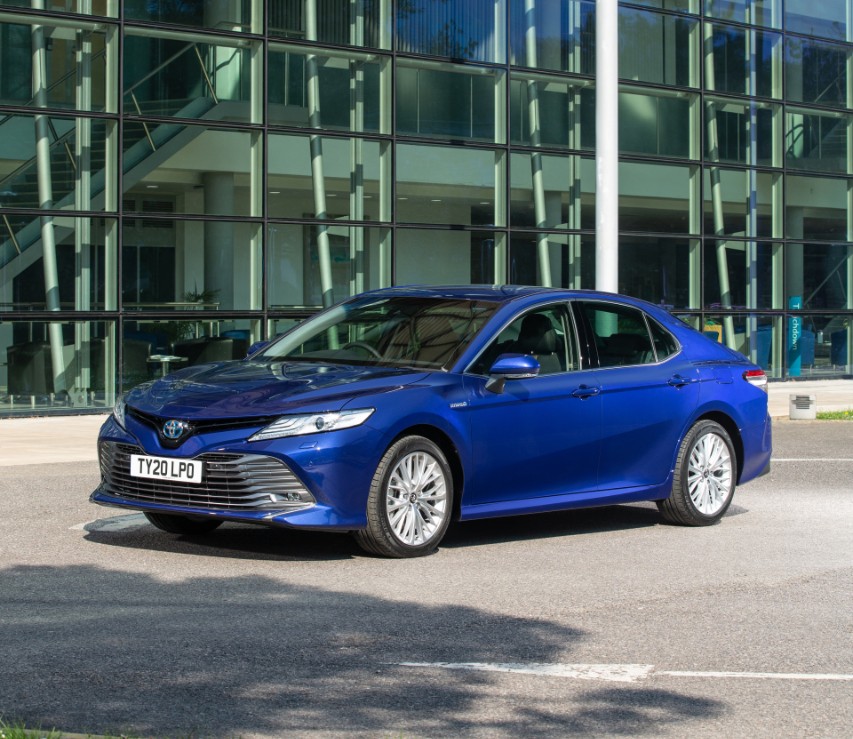 While diesel models of the Avensis – the large saloon and estate the Camry has now replaced – were a common sight as tow cars on motorways, drivers looking to change to the new full hybrid-only model will be disappointed to hear that you can’t tow anything at all.

That said, it’s pretty sensibly priced. Find out if its price and other assets make up for its lack of towing capabilities in our Toyota Camry review. 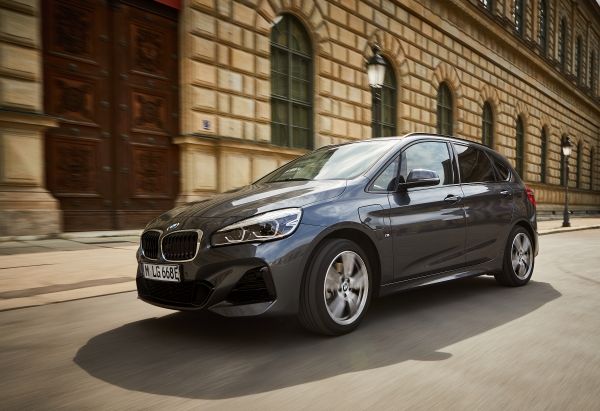 The PHEV edition of BMWs first-ever MPV has zero towing capacity, whereas both petrol and diesel versions can pull 1,300kg. And unless you can regularly plug it in, conventional petrol or diesel cars may well trump it in terms of economy.

All of our car reviews have independent fuel consumption test data, so you can make the best choice for your needs. Read our full BMW 2 Series Active Tourer Hybrid review to see how it compares. 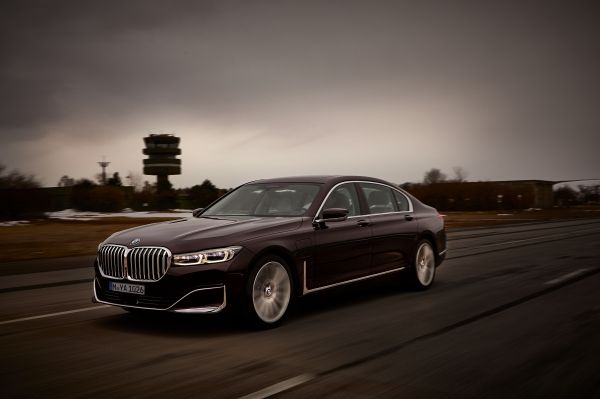 If you ever felt the need to use your luxury limousine as an impromptu hauler, the 7 Series PHEV can’t be fitted with a tow bar. The diesel engine model can haul a mighty 2,100kg, although we’d wager you’ll rarely see any 7 Series with a tow bar fitted.

If other factors matter more to you than towing capacity, find out if the BMW 7 Series plug-in hybrid would meet your needs in our full review.

How do diesels compare for towing power?

Full-fat diesel off-roaders such as the Range Rover and BMW X5, with their six-cylinder engines, can pull a staggering 3,500kg braked trailer. Not one hybrid model can yet match that.

Can you tow with a full electric car? 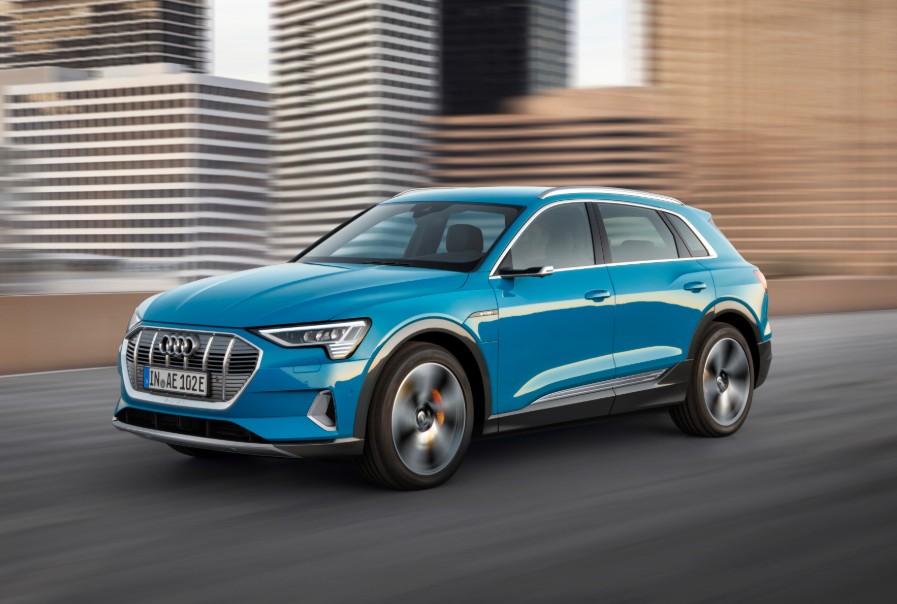 Currently, your choice of pure battery electric tow cars is limited, with most smaller models – and some larger ones such as the Jaguar I-Pace (£61,778) – not having any official towing capacity whatsoever.

And it’s no use looking to hydrogen fuel cell vehicles (FCEVs) to clean up your caravan trips, as neither of the two models on sale are rated for towing, either – despite the Hyundai Nexo (£69,495) being a full-size SUV.

For zero-emissions towing, the two current standout models are both expensive, luxury SUVs. Audi’s e-Tron (£56,984) can tow a braked trailer weighing a maximum of 1,800kg, while the mighty but pricey Tesla Model X (£86,695) can haul an impressive 2,250kg.

Find out how these and other electric models measure up for overall performance in our electric car reviews.