We ask thousands of TV and broadband customers about their experiences so we can tell you exactly how BT's service compares with that offered by other providers.

BT may be better known for its phone and broadband services, but Britain's biggest telecoms provider also offers deals that come with a pay-TV element. Famously, these include BT Sport, which offers exclusive Premier League matches alongside Premiership Rugby.

So could BT be one of the UK's best TV and broadband providers?

Use Which? Switch Broadband to find the best BT TV and broadband deal for you.

In this in-depth review of BT's TV and broadband service, we'll:

We'll tell you exactly what you need to know about all the UK's biggest TV and broadband providers, and will help you avoid signing up for a deal you'll come to regret.

Our results are based on our regular broadband and pay-TV survey. Twice a year, we talk to customers to find out what they think of the service they receive. This means we're best placed to help you choose the right service for you.

What TV and broadband deals does BT offer?

BT's TV service is only available in combination with a broadband and phone package. However, as many people have a BT home phone service, upgrading to a full BT package could easily be seen as the next step for a large portion of UK households.

BT TV is based on YouView, which is an internet-connected TV service that combines Freeview with on-demand and catch-up TV services. Live TV comes in through your TV aerial, but access to catch-up TV, on-demand box sets and extra channels is through your internet connection.

This type of service (also offered by TalkTalk and Plusnet) tends to be cheaper than the TV packages on offer from Sky and Virgin.

BT has recently changed its offering – rather than just offering a set combination of channels, it also allows you to add different combinations of channels each month, depending on which package you choose. These combinations are based around Now TV services.

The basic package, Classic Entertainment, includes Freeview channels plus premium channels including Gold, National Geographic and the History Channel. This one can’t be upgraded, so you’ll get the same channels each month, although it’s possible to add BT Sport and BT Kids.

If you’d like more flexibility around the channels you have, you can choose between five packages – Entertainment, Big Entertainment, Sport, Big Sport and VIP. All include Freeview, plus a combination of premium channels. While BT’s standard TV and broadband contracts last 24 months, you can change which package you have every 30 days.

Meanwhile, Sport includes all four BT Sport channels, including 52 Premier League matches and all of the UEFA Champions League series. Big Sport has the same, plus 11 Sky Sports channels.

And if you fancy all of the above, you can opt for VIP – a combination of the Big Sport and Big Entertainment packages. It’s also possible to opt for more than one package so you can also choose to combine Entertainment and Sport separately if you prefer.

You can also add Netflix and Amazon Prime Video separately to any deal. Plus, as part of the broadband element of the deal, customers get free access to the UK's largest wi-fi network with more than 5m hotspots, and free BT Cloud secure online storage to back up their files.

Not interested in subscribing to a TV deal? Find out how satisfied BT's broadband customers are in our BT standalone broadband review.

You don't need a cable or satellite connection to watch TV with a bundled package – instead you watch over Freeview or through your internet connection.

All of BT’s TV and broadband deals now come with a BT YouView+ PVR. This lets you pause live TV, access seven days of catch-up TV and record up to 300 hours of programmes.

It's also possible to opt for a Max 4K HD package which comes with BT's 1TB Ultra HD YouView+ PVR. This is compatible with 4K services and can record a whopping 600 hours of standard-definition content or 250 hours of HD. 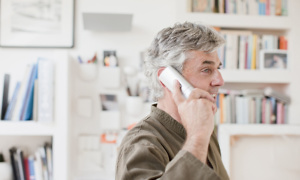 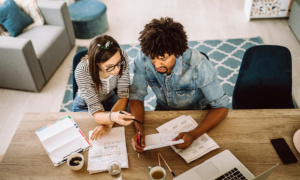 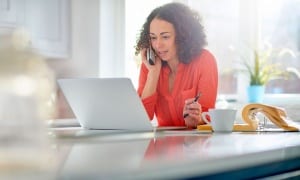 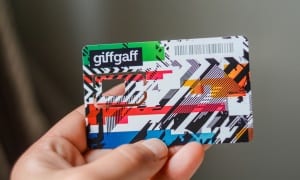 Giffgaff launches new ‘Golden Goodybag’ – is it the best Sim deal around?
23 JUL 2020

Giffgaff launches new ‘Golden Goodybag’ – is it the best Sim deal around?
23 JUL 2020