Many items discounted over the Black Friday weekend can be found for the same price or cheaper at other times of the year, a Which? investigation has revealed.

Despite many Black Friday shoppers rushing to purchase items in the belief that it’s the cheapest time to buy coveted new products, we’ve found that for the majority of discounts this isn’t strictly true.

We tracked a year of pricing data for 35 of the most popular tech, home and personal care products that were on sale over Black Friday weekend in 2016.

Our investigation revealed that 60% of those items were sold for the same price or cheaper at other times during the year.

While there are certainly bargains to be had over the Black Friday sales period, our study shows that it’s more important than ever to do some research before parting with your cash. For some purchases, you’re likely to save money by ignoring the hype and holding out for a cheaper price.

Don’t get ripped off in the sales – read our Black Friday guide.

We tracked the prices of 35 popular products over the course of a year – from six months before Black Friday 2016 until six months after it. Of those looked at, 22 were from Currys/PC World, 12 were from Argos and one was from Amazon.

Surprisingly, 60% of products could be bought for the same price or cheaper at other times of year. For almost half the deals, the price was the same or even less in the December immediately after the Black Friday period.

So much for ‘rock-bottom’ prices.

The worst deals we found include: 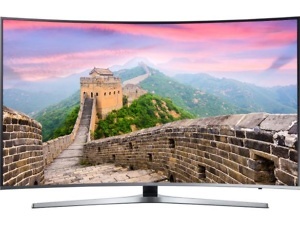 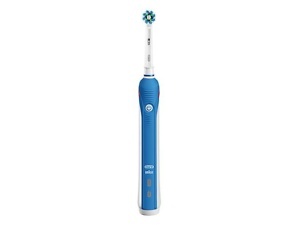 Alex Neill, Which? managing director of home products and services, said: ‘Our research shows that although Black Friday can offer some great discounts, not all offers are as good as they seem.

‘It’s easy to get swept along by hype and excitement on the day, so we recommend doing some preparation and research to help make sure you really are getting a good deal when shopping in the sales.’

Find out more about how to check if a Black Friday deal is real.

What the shops said

While the deals we found didn’t break any rules, we know that many shoppers expect Black Friday to offer rock-bottom prices. 38% of Which? members agreed they generally expected Black Friday prices to be the lowest offered by shops compared with the previous six months, but as our research shows, this is not always the case.

A spokesperson for Currys/PC World said it reduced about 4,000 products for Black Friday 2016, adding: ‘We make no apology for reducing some of them even more after that period.’

A spokesperson for Amazon said: ‘We offer many thousands of incredible deals around Black Friday, representing millions of pounds of savings for our customers.’

An spokesperson for Argos said: ‘Black Friday is a fantastic event which allows customers to choose from thousands of products which offer great value. This does not exclude these products from other sales or promotional activity at other times of the year.’

Secrets to getting the best Black Friday deals

Preparation is key to savvy shopping on Black Friday.

Try to find out what’s going to be on sale ahead of time by checking retailers’ websites. Use retailers that will price match, so that you can buy with confidence – this year, John Lewis has announced it will honour its ‘Never Knowingly Undersold’ policy by updating its prices to match competitors throughout the day. And Richer Sounds has offered to price match its own deals – meaning that if you buy something in the run up to Black Friday that is subsequently discounted, it will refund the difference.

Most importantly, research the products you actually want to buy: it’s no use grabbing a bargain if you end up with a product that’s no good.

Remember, we’ve got lab test results for thousands of products on our website, so use our reviews to find out which products are best. For more advice, check our top 15 shopping tips for Black Friday deals.