Passengers who rush to book flights during Ryanair’s Black Friday sale could end up out of pocket, according to snapshot research by Which? Travel.

Three out of the six flights we tracked last year were the same price or cheaper in the fortnight after the promotion ended.

The budget airline promised ‘insane’ offers with up to 20% off five million seats when we looked on Ryanair.com last Black Friday.

This included a promotional fare to Oslo for departures between December 2018 to April 2019 from London Stansted for £9.99. Fast forward two weeks and when we checked the same route, date and time the price had dropped to £5.99.

Which? Travel’s investigative reporters have previously investigated both last minute hurry deals and early bird promotions and found many to be poor value.  Find out more about Which? Travel

We also found little availability for advertised deals. On the morning of Black Friday, we found just two dates for the Oslo route available at the sale price of £6.99 over the entire four-month period. It was a similar story with a London Luton to Copenhagen deal fare of £9.99. We could find no flights on sale at this price across the four month promotional period. Instead, the cheapest one-way flights started at £14.99. Even those who were lucky enough to bag the £9.99 fare may not have got a deal.

Two weeks after the sale ended, we found £9.99 flights for the same period back up for grabs.

This year Ryanair is running a cyber week with eight days of ‘super savings’ and ‘incredible offers’. This started on November 19 and ends on Monday November 26 – Cyber Monday.

Promotions include £5 flights to Europe, plus a 10% discount on all checked-in bags.

Fares from London Gatwick to Dublin were advertised at a special price of £14.99 over Black Friday. However, in the sales both before and after, seats were being touted at the lower price of £9.99. Flights to Alicante, Cork and Shannon followed a similar pattern. A spokesperson for Ryanair  told us that its sale prices are subject to availability, adding: ‘Ryanair complies fully with UK advertising laws.’

Ryanair currently has the joint-lowest customer score in our best and worst airlines survey.

Travel deals: When to buy 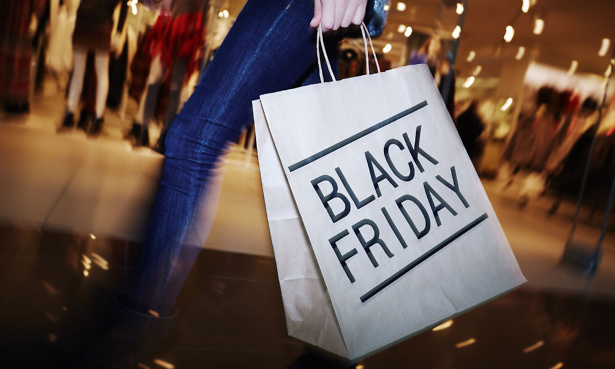 Black Friday no longer just offers discounts on TV sets and sound systems, with plenty of travel companies getting in on the act. This year big brands including easyJet, Hotels.com and Thomas Cook have unveiled their own seasonal offers.

However, we suggest you shop around to ensure that the prices on offer truly represent good value.

In the case of Ryanair, our research suggests you might be better waiting a week or two before you book your winter getaway.

A year-long Which? investigation also found that 87% of Black Friday prices – including products from Currys PC World, Amazon, John Lewis and Argos– were cheaper at other times of the year. Find out about the other Black Friday deals that didn’t live up to their hype.