We’ve put the brand-new Tesla Model 3 through our rigorous lab tests to see whether it matches the hype. Find out whether the Model 3 really delivers, or if its electric car rivals are out in front.

Billed as Tesla’s first ‘affordable’ car, the Model 3 is the electric car maker’s first model aimed at the mass market. It’s not cheap, but is certainly more affordable than the Model S and X – with a less than £40,000 starting price.

However, it’s been plagued by production issues and delays. Not only that, but the electric car market has moved on. Gone are the days when all cars bar Tesla’s had short, impractical electric ranges.

Now that rival manufacturers have also released cars with claimed 200 mile-plus ranges, Tesla has a lot more competition on its hands. We see whether it’s up to the task.

Alternatively, head straight to the top performers in our expert tests. See our top cars for 2019.

Watch our exclusive video, below, to find out how the Tesla Model 3 performed in our hazard-avoidance test.

The Tesla Model 3 is the smallest car in Tesla’s range, but it’s still pretty large at 4.69 metres long.

Like all of Tesla’s cars, the Model 3 is fully electric. In the UK, you have a choice of two versions: 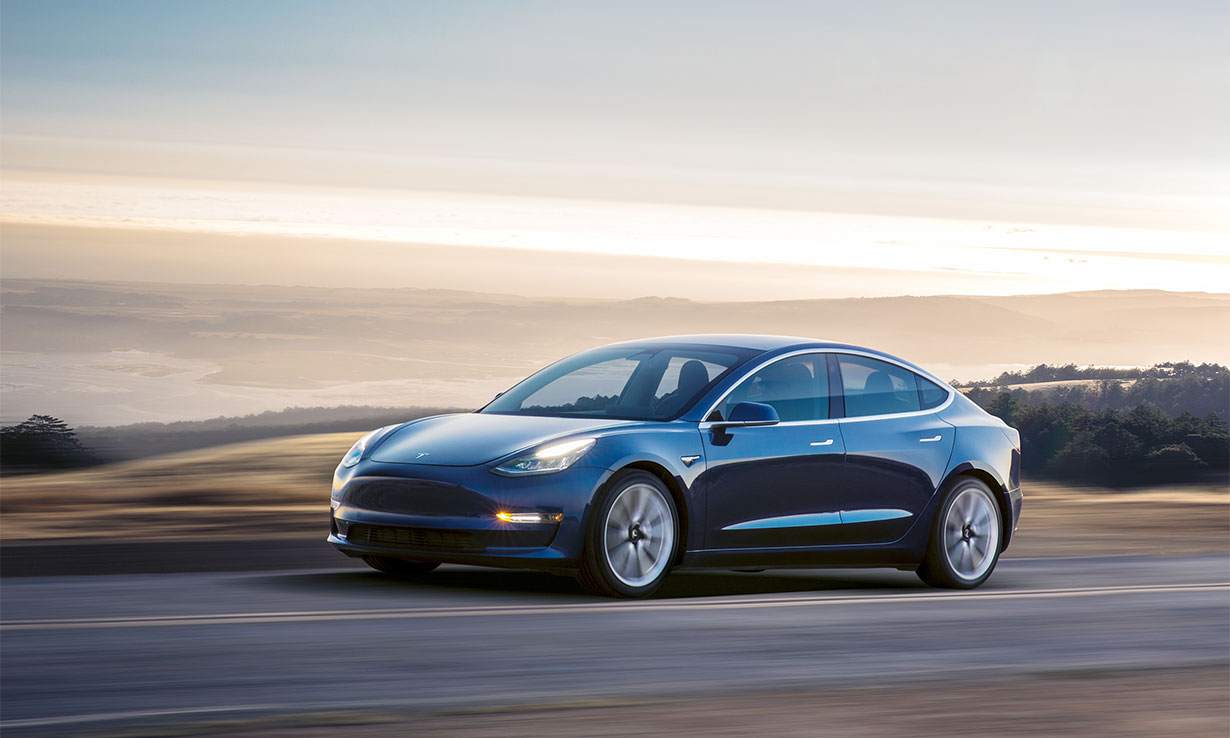 We’ve tested the Dual Motor AWD model with its two electric motors. It offers an extraordinary amount of power, and Tesla’s rapid acceleration continues to thrill. There’s no doubt this is an incredibly quick car.

It can even seem too frantic at times, though, so you may wish to turn on ‘Chill mode’ to take the edge off when you’re in the mood for a more casual drive.

The Model 3 runs exceptionally smoothly, so travelling can seem like a breeze. The single-speed automatic transmission couldn’t be simpler, either.

The suspension is also quite stiff, so low-speed drives around town aren’t as smooth as you might hope – this is a car that likes to be at higher speeds on the open road.

Tesla’s ‘Autopilot’ self-driving system is also included. Tesla claims this allows the car to steer, accelerate and brake automatically to avoid other vehicles or pedestrians.

Previously, we revealed why you shouldn’t be fooled by Tesla’s ‘full self-driving’ claim.

In our full review, we reveal what issues we’ve uncovered about this car in our independent, expert tests – make sure you click the link below to find out more.

The Tesla Model 3 comes with a panoramic glass roof as standard, which gives it an airy feel. As well as heated side mirrors and a Bluetooth media system. 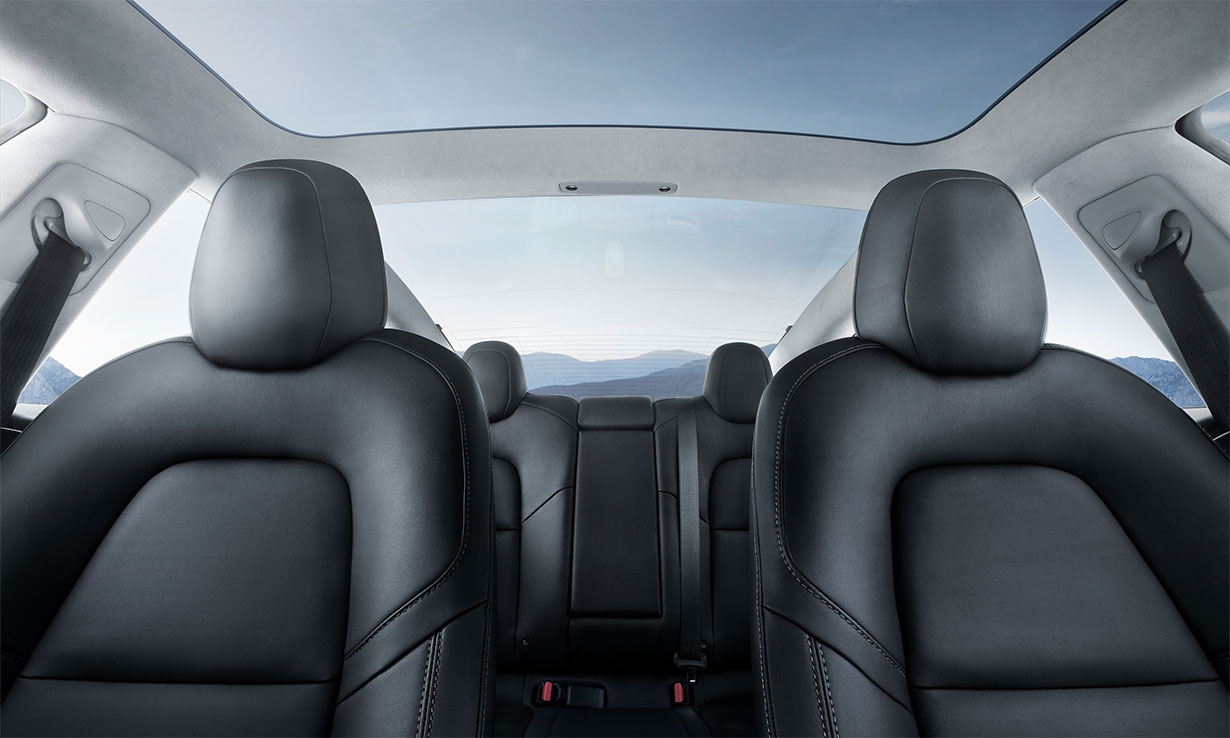 There are two upgraded trim levels: 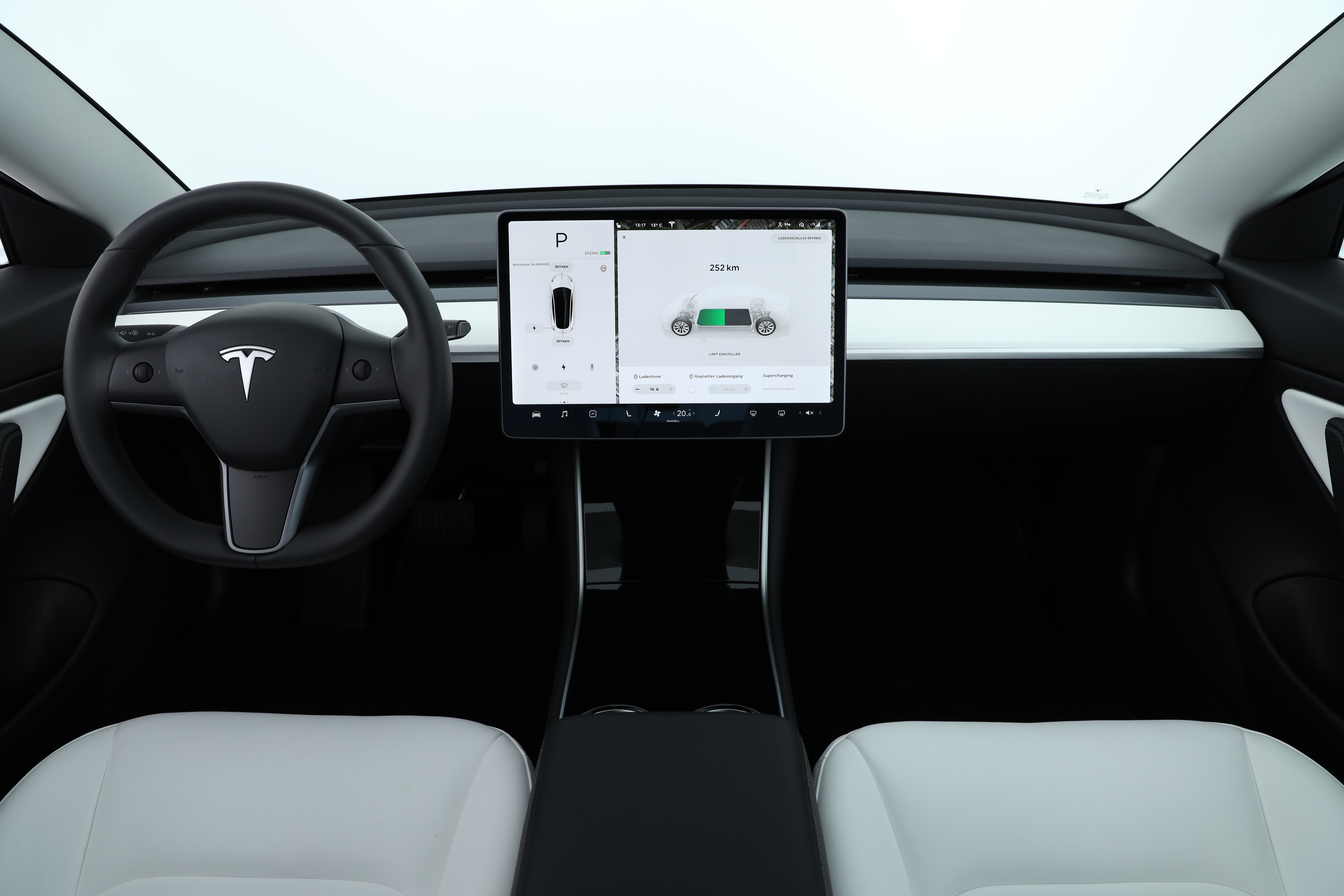 Tesla gives its cars ‘over-the-air’ software updates, which can bring in new features and even give the car a performance boost.

Surprisingly, however, neither Apple CarPlay nor Android Auto are available for optimal linking to your phone. 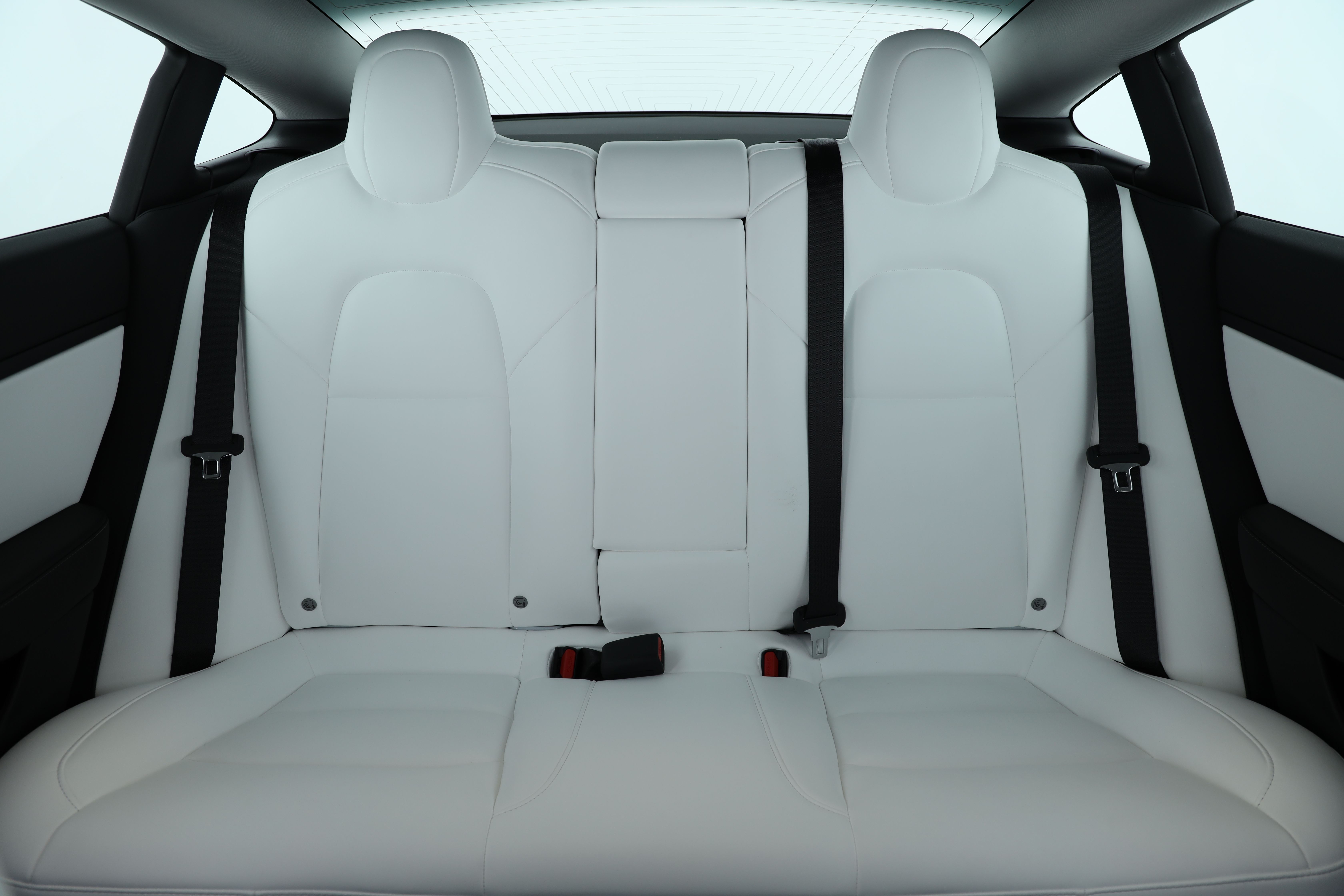 Boot space is a decent 385 litres (and double this if you fold down the rear seats). Unlike the Tesla Model S, which has a hatchback-style boot, the aperture is restricted.

There are additional storage spaces, too. These are under the floor and, thanks to the lack of engine up front, under the front bonnet. 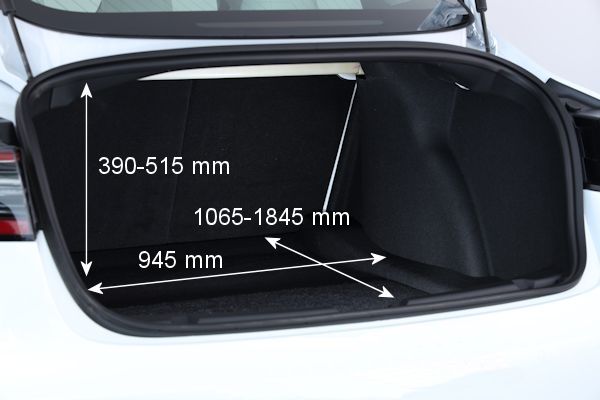 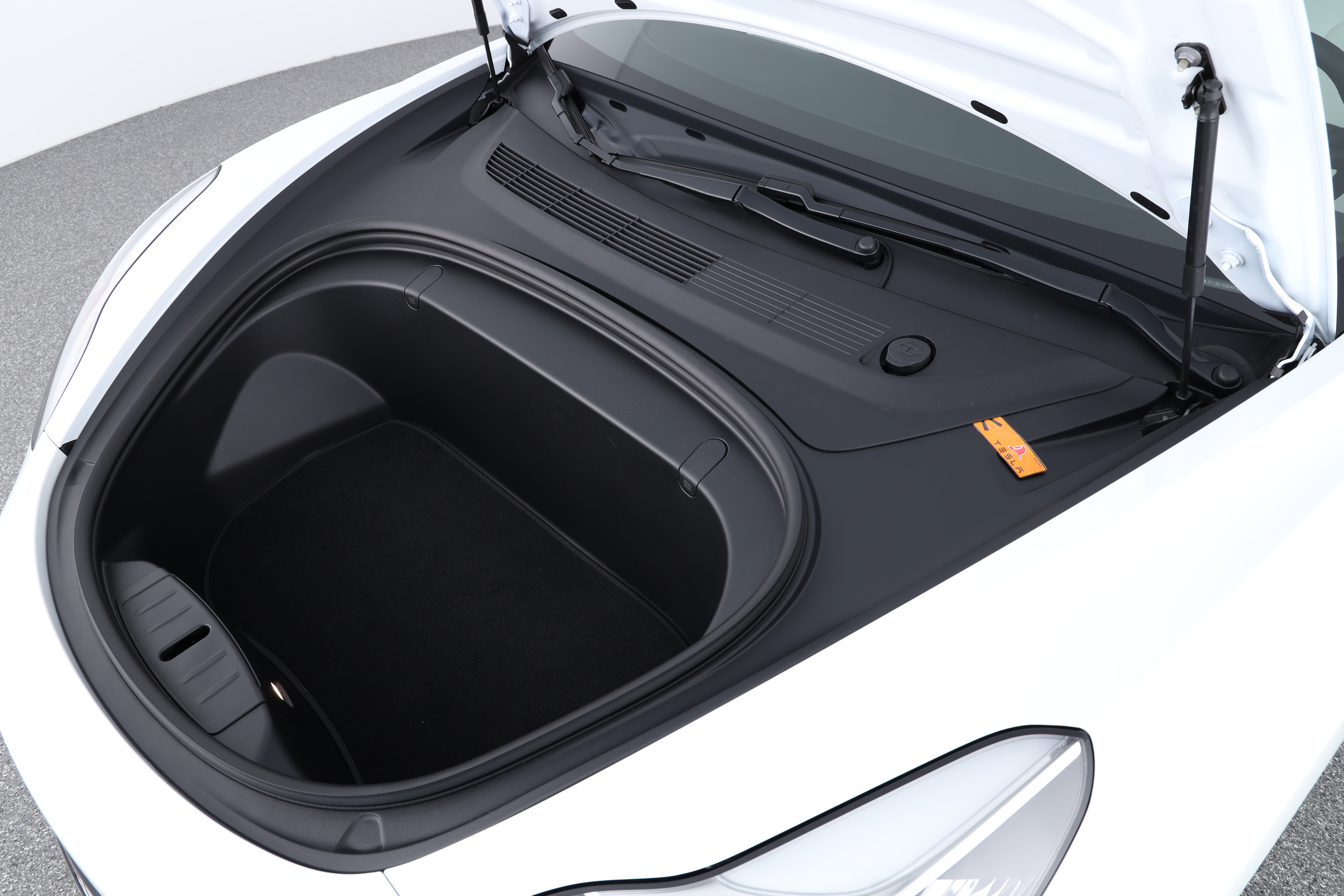 Are there any downsides?

Fortunately, parking sensors and a 360-degree camera come as standard.

Those expecting the car to be near-silent will be surprised by the noise at speed, though.

Like many electric cars, there’s less insulation to keep the weight down, so you get quite a lot of road and wind noise in the cabin. This is to keep the car racy, despite the heavy weight of the batteries.

The batteries are placed in the floor, giving the car a low centre of gravity and good weight distribution for stability around corners. 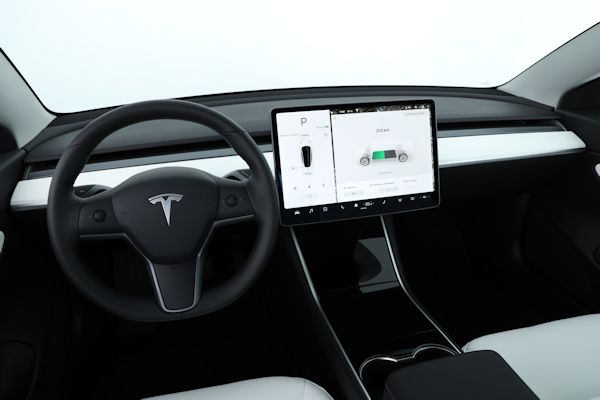 Almost all controls are handled from the huge touchscreen central console – even adjusting the steering wheel and mirrors.

We suspect this is more about keeping production costs down than being innovative as Tesla claims, and means adjustments are more complex than you may be used to when driving.

We’ve found other issues with this car – see our full Tesla Model 3 review to find out more.

How does it compare with its rivals?

The Tesla Model 3’s price may be attractive compared with Tesla’s other models, but other manufacturer offerings are now turning up the heat.

Our electric car reviews will help you compare the very best models on the market as well as identify the worst.

Be sure to compare the Model 3 with the Hyundai Ioniq EV large car, for example. If you’re an SUV fan, check out the compact Hyundai Kona Electric.

Looking for something a little smaller? Then take a look at the iconic Nissan Leaf and the Volkswagen e-Golf.