Which? research found that last year Wickes had a long-running multi-buy promotion that we don’t think offered true value and inflated its original prices around the time of the sale.

Along with six other companies, in March 2019 we complained to the ASA about Wickes’ 50% multi-buy offer on its Showroom kitchens. We felt that the way it promoted its offers will have misled customers and given them a sense of urgency to buy.

Read our story on kitchen and bathroom promotions to find out the tactics stores employ and how you can side-step them.

Which? concerns about Wickes multi-buy sale

Our objection was around three areas:

Current regulation prohibits anything that is false or misleading to ‘the average consumer’.

Wickes is not the only company to have potentially confused or pressured consumers. When we looked at promotional messaging from the website of 12 leading kitchen and bathroom companies between March 2018 and 2019, we found that several big-name retailers ran almost constant sales, multiple offers and used countdown clocks.

As well as the ASA, we have contacted Trading Standards about our concerns and are waiting for its response. We’re pleased to see the ASA making a ruling against Wickes with regards to multi-buy offers and price changes, and we’ll be waiting to see how this affects other retailers.

Our research revealed that Wickes ran some kind of promotion daily during our year-long research. For 199 of the days, a multi-buy offer was in place giving buyers 50% off if they bought five units or more.

Other deals ran intermittently before and alongside the multibuy promotion.

We believe this kind of multi-buy promotion is disingenuous, especially when paired with an attention-grabbing saving. People may think they are getting a fantastic short-term deal when, in reality, the price is fairly consistent.

We obtained a price guide on 22 February 2018 and another on 16 August 2018 (around the time we started to see the multi-buy promotion). The guides showed that the list price of Wickes’ Showroom kitchen units doubled during this period. The table below shows some examples.

Trading Standards rules make it clear that retailers must have previously sold a significant number of units at a certain price to be able to legitimately reference a price the reduction is applied to – in this case, 50% off.

Wickes said that the 50% discount was a multi-buy offer, comparing the cost of buying five units to that of buying fewer than five, and was not intended as a discount against a previous selling price.

However, data provided by Wickes showed that it had made very few sales of four or fewer units, either before or after the multi-buy offer was introduced.

The price hikes we identified, alongside Wickes not having made many sales of fewer than five units, led to the ASA finding that the ‘claimed saving was also not genuine,’ and that the multi-buy didn’t offer true value. The ASA didn’t comment on the end date.

Visit our best and worst kitchen brands page will to see how Wickes fared against its competitors, including B&Q kitchens, Homebase kitchens, Ikea kitchens, John Lewis kitchens and Howdens Joinery. 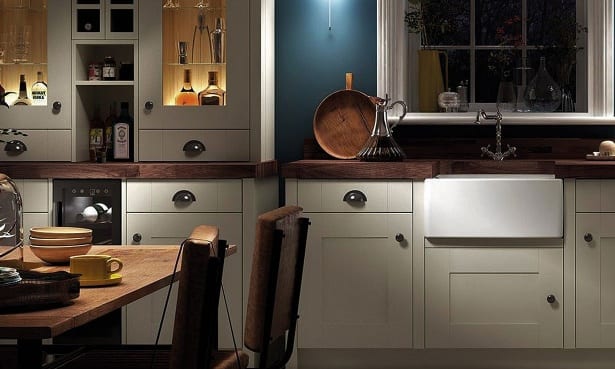 Wickes Building Supplies Ltd believes that it was made clear throughout the advertisements on its website that the ‘50% off’ offer was a multi-buy promotion and that the average consumer would read it as such.

Within the same advert, it said that the ‘from’ price quoted was also clearly qualified, directly underneath that price, to clarify that it was related to an 8-unit example and therefore included the multi-buy discount. This was also within the T&Cs.

It doesn’t believe that there was anything that would lead the average consumer to think the multi-buy was a time limited sale, in which prices were compared to a previous selling price for the entire kitchen shown in the advert.