Sainsbury’s has pledged to ‘lock down’ the prices of thousands of grocery items until October – but Which? research has found that some items now cost more than they did before.

Which? analysed the 50 top-selling items available under Sainsbury’s new ‘price lockdown’ promotion and found that over one in 10 had actually gone up in price.

The lockdown, which includes both branded and own-brand products, promises to keep items at the same price until at least 23 October 2019.

Which products were cheaper before the promotion?

We looked at the pre and post-lockdown prices of a range of products, from Colgate toothpaste and Cathedral City cheese to Yeo Valley yogurts and own-brand sliced bread.

Contrary to what you might expect from a ‘price lockdown’, four items actually cost less immediately before their ‘locked-down’ price came into effect, while two others cost less earlier this year.

A selection of Copella juices were cheaper the week before, while the Penguin Sands Merlot was cheaper the fortnight before.

A Sainsbury’s spokesperson told Which?: ‘We aim to provide our customers with best possible choice and value.

‘Our price lockdown provides a guarantee for customers that prices won’t change for at least eight weeks.’

Sainsbury’s doesn’t claim that the prices in its lockdown are the lowest it’s ever charged, but it’s surprising to have found items where the most recent price was lower than the current price included in the promotion.

And Sainsbury’s isn’t the only retailer to offer promotions that might not be as good as they seem.

In January 2019 Which? revealed offers included as part of Tesco’s 100-year anniversary ‘discounts’ that weren’t any better than before the promotional period.

How special is a price lockdown?

Most of the items that we looked at had cost the same as their ‘locked down’ price throughout the year.

For example, Sainsbury’s Thick Sliced Wholemeal Bread (800g) has been consistently priced at 55p since January. Colgate Cavity Protection Regular Toothpaste (75ml) has been £1 since the beginning of the year.

While it’s not misleading to ‘lockdown’ these prices it’s also not particularly special when they’ve remained at that price for several months already. 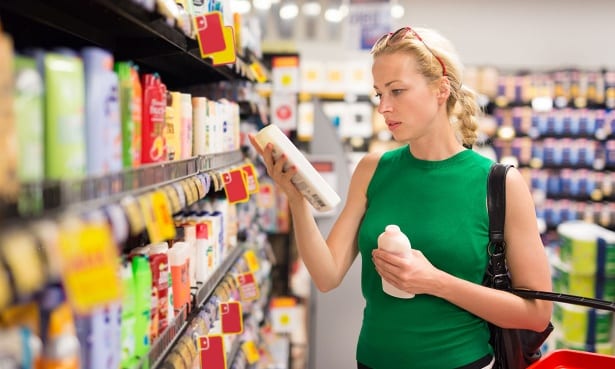 Have any items got cheaper in the Sainsbury’s lockdown?

The good news for Sainsbury’s shoppers is that some of the products we looked at have become cheaper.

In total, we found eight out of the 50 products were cheaper now.

Which supermarket is cheapest?

Sainsbury’s and Asda are neck and neck so far this year in our monthly cheapest supermarket analysis, with Asda taking the crown in August.

When it comes to the Sainsbury’s price lockdown, eight of the 31 branded products we looked at were cheaper in a different supermarket.

Other products that were cheaper elsewhere included Tresemme Moisture Rich Luxurious Moisture Shampoo (900ml) – £2.65 at Asda, £2.75 at Sainsbury’s – and various 900ml Copella juices, which cost £1.50 at Waitrose and £1.65 at Sainsbury’s.

However, faithful Sainsbury’s shoppers may not be losing out too much.

It was still the cheapest place to buy 23 out of 31 branded grocery items, including Felix As Good as it Looks Doubly Delicious Mixed Selection in Jelly – Pouch (12 x 100g) and Stella Artois (4 x 568ml).

What is a misleading special offer?

Some special offers save you money, but others really don’t.

When we tracked the prices of 450 products available online at seven supermarkets we found ‘special offers’ that were potentially misleading.

Dubious discounts and misleading multibuys were found in every supermarket except Sainsbury’s, which makes our findings on these ‘lockdown’ prices all the more surprising.