During Black Friday deals season, our experts scour the internet looking for the top deals they can recommend to you. Deals that are not only genuine, but also on products that our lab tests reveal are worth buying.

This means we also come across deals on products that we really don’t recommend. For Black Friday 2019, these include child car seats that do poorly in our independent crash tests, a laptop that you’d regret buying, and vacs that, well, suck.

Scroll down to see the products you need to watch out for – all of these are Which? Don’t Buys, based on our independent tests.

Find out which deals we do recommend – see Black Friday 2019. 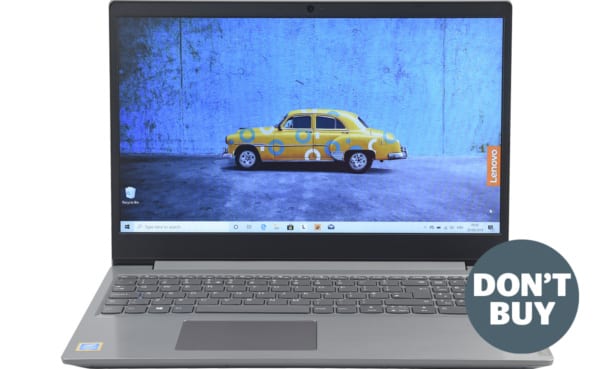 Having a decent Pentium Gold processor and a budget price doesn’t make up for this Lenovo laptop’s failings.

Its shrill, screechy speakers’ only saving grace is that they’re too quiet. Its erratic tracking pad will drive you nuts, if the rattly keyboard doesn’t first. Or maybe it will be the pallid screen, with its too-narrow viewing angle you’ll be constantly adjusting.

We’ve seen on sale at Argos, but if you see it on sale anywhere, be sure to avoid it.

Find out which models you should buy – see our expert, independent laptop reviews. 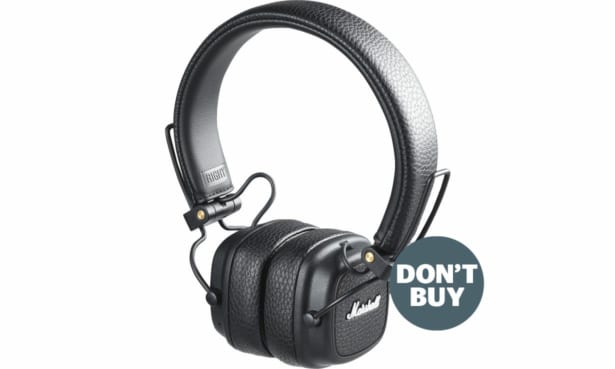 It would be brilliant if these headphones sounded as good as they look. But they don’t. Instead, the treble sounds artificial, thin and bright – one of our expert testers described it as ‘squeaky’. The thunderous bass has a lack of depth, too.

On top of all that, they’re not comfortable, and we found there’s often a delay when using the controls. It’s a shame, as the battery life (almost 45 hours in our tests) is among the best we’ve seen.

We’ve see them on sale at Amazon, Argos and Currys PC World (where they’ll set you back an extra tenner).

See our round-up of the best headphones we’ve tested.

Both of these Group 2/3 car seats are approved to regulation R44.04, so are legal to be sold. This older regulation does not include a side-impact crash test.

Our independent child car seat tests are more demanding than the legal minimum standard, as we feel this more accurately reflects what could happen in a real crash. 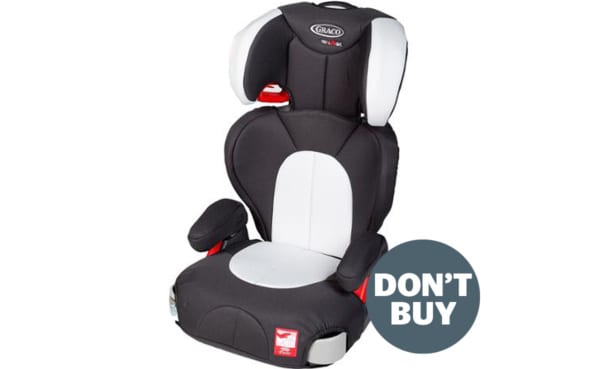 We don’t like: Poor side-impact protection in our crash tests, converts to a backless booster seat

Don’t be tempted by this child car seat’s low price at Halfords (we saw it at £35.99) and Amazon (where it cost £4 more). When we carried out our own independent side-crash test with the back fitted, the results meant it would have exposed the child to a risk of serious injury. It was even worse with the back removed, offering virtually no side-impact protection at all.

It did score an average of three stars out of five for front-crash protection with the back fitted, plus this child car seat is light and easy to use and clean. But we don’t think you should buy it because the side-impact protection is so poor overall.

If you already own this seat, don’t stop using it until you’ve replaced it with one of our best child car seats. 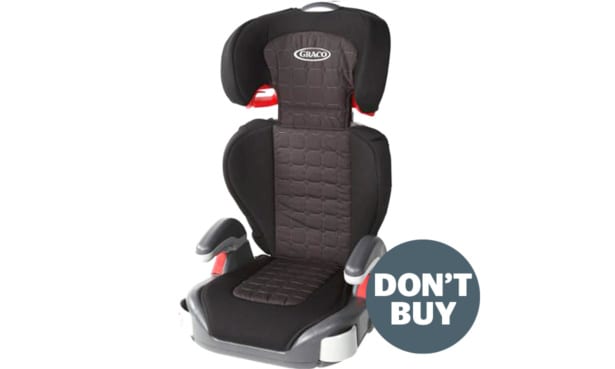 We don’t like: Poor side-impact protection in our crash tests, converts to a backless booster seat

The side protection of this seat was so poor in our independent crash tests that we’ve made it a Don’t Buy child car seat. Even with the back fitted, it scored just two stars, as we found that it exposes a child to a risk of serious injury. It’s even worse with the back removed, offering virtually no side-impact protection at all.

If you own this one, don’t ditch it until you’ve replaced it. As using any child car seat is better than not using one at all.

We saw this seat on sale at Amazon. 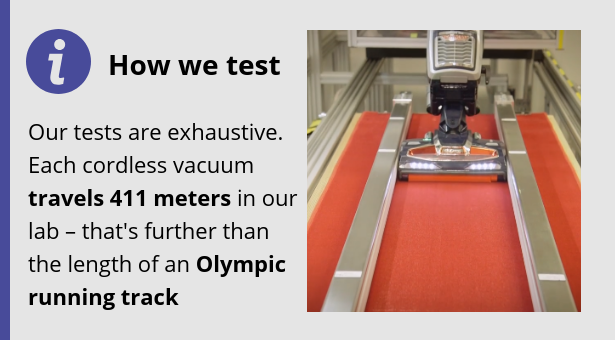 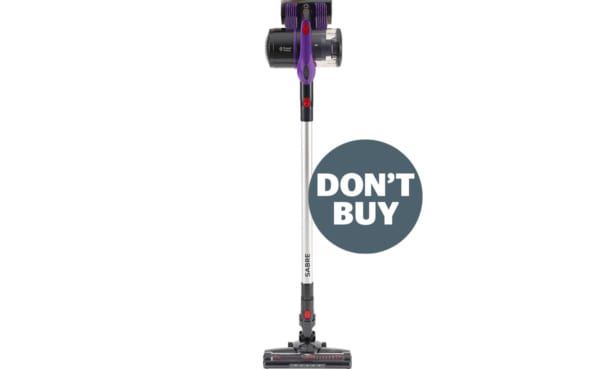 The ideal cordless stick vac should be a doddle to use. This Russell Hobbs model, which we spotted on sale at AO.com, is anything but.

OK, it’s good on hard floors and great at sucking up large debris, such as rice and lentils. But if you want to use it on a carpet or another type of muck, forget it. It left behind tons of fine dust and pet hair in our carpet-cleaning test. 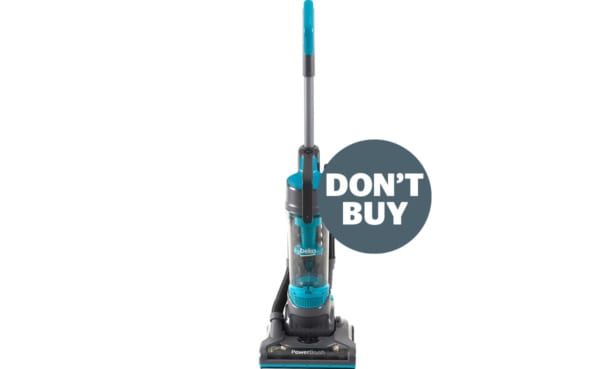 We don’t like: Poor allergen filter, difficult to manoeuvre, inconvenient on stairs and high places, bad at negotiating uneven surfaces

Need we say more? This bagless upright is cheap, but that doesn’t mean you should buy it.

We saw it at AO.com. 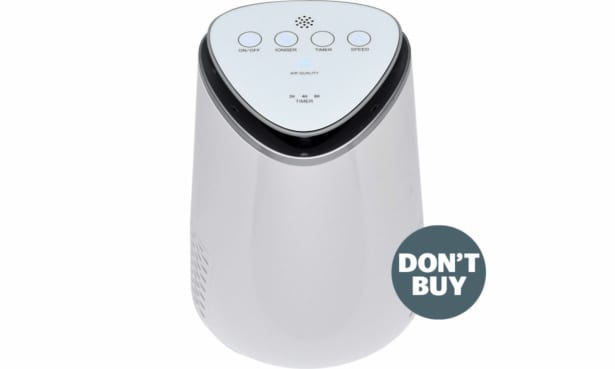 This air purifier, on sale at AppliancesDirect, may be easy to use and energy efficient, but that doesn’t mean anything if it’s not actually any good at the one job it’s designed to do – purifying air.

Despite having plenty of features – and despite the same brand producing a Best Buy air purifier – this one will do very little to improve your indoor air quality, scoring abysmally in our smoke, dust and pollen-removal tests. 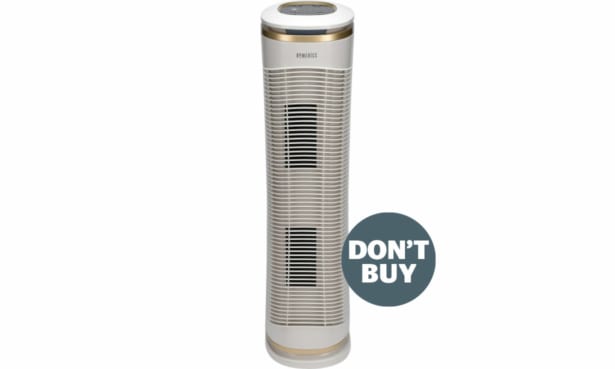 This air purifier was relatively straightforward to operate, but we found that it’s among the least effective air purifiers we’ve tested. It will reduce the amount of pollution in your room, but other air purifiers will do a much better job.

To top it off, it also makes an annoying high-pitched noise, whether on high or low power. We found it on sale at Amazon.

Avoid buying a dud by checking our round-ups of the best Black Friday deals. Our experts reveal their top picks in order to save you time and money.