After a year in which fraud continued to rise, more bank branches shut and the Bank of England kept the base rate stable, you’d be forgiven for thinking 2019 wasn’t too remarkable.

But you’d be wrong. Massive changes in the savings and pensions worlds meant that if you weren’t on your toes, you might be losing out.

Which? has been there every step of the way to explain what it all means for your finances and to stop you getting shortchanged.

As an early Christmas present, we take a look back at the year’s most-read Which? Money stories, as well as the most important agenda-setting investigations we’ve worked on from the past 12 months.

Which? exposed an unusual spike in reports of ‘authorised push payment’ fraud affecting RBS and Natwest customers. The story revealed how we had heard from multiple victims that had lost a total of £350,000.

We also had important advice for landlords who were about to be hit with a raft of tax and regulatory changes.

Plus after years of woe, there was finally some good news for savers. In January, more than 170 savings accounts beat inflation.

Meanwhile, coin enthusiasts were hungry for information about a limited edition set of coins to mark the 50th anniversary of the 50p.

The state pension was at the top of the agenda in February.

We weighed up the pros and cons of boosting your retirement income by paying extra National Insurance contributions before the rate jumped.

Plus we revealed how 83-year-old pensioner Denis Davis had his state pension slashed by almost £1,000 a year following a government drive to clean up old records.

In an exclusive investigation, our experts found out which banks were the best (and worst) at dealing with card fraud.

We also had a warning for anyone looking to get on the property ladder. We revealed the 16 types of homes that could wreck your chances of getting a mortgage.

In March,  Monzo launched a range of savings accounts paying up to 1.55%. This wasn’t the first time the challenger bank had dabbled in savings, but the rates were much higher and included cash Isas.

Al Rayan savers had reason to be less contented after Isa holders at the bank were hit with unexpected tax bills. The story was highly topical, as March happened to be the 20th anniversary of the Isa.

We also reported on how motorists who drive shorter distances may actually be paying more for their car insurance. And, as if that wasn’t enough to worry about, we warned households about a raft of price-hikes to a range of household bills.

April is always a busy time at Which? Money HQ due to the advent of the new tax year. The pick of our content was an article explaining how you could earn more than £40,000 tax free in 2019-20.

In a blow for savers trying to build their savings pot, Nationwide scrapped its high-interest (5%) savings account in the same month. It appears this sparked something of a trend – by the end of 2019 there wouldn’t be any banks offering regular savers interest north of the 5% mark.

April also gave us a new contender to the Kew Gardens 50p after we analysed the rarest – and most valuable – 50p coins in circulation.

In May, we launched the Which? Money Podcast, with the inaugural episode taking a fresh look at the dark art of credit scoring.

Elsewhere a Which? investigation shed new light on which region’s house prices were being worst affected by Brexit uncertainty.

We also followed up on one of our major campaigns, revealing which banks hadn’t committed to reimbursing the victims of bank transfer scams.

In savings news, a couple of months after Monzo’s announcement, the easy-access savings market responded with more appealing rates.

And one of our most popular coin stories of the year featured an all-new Sherlock Holmes 50p piece. 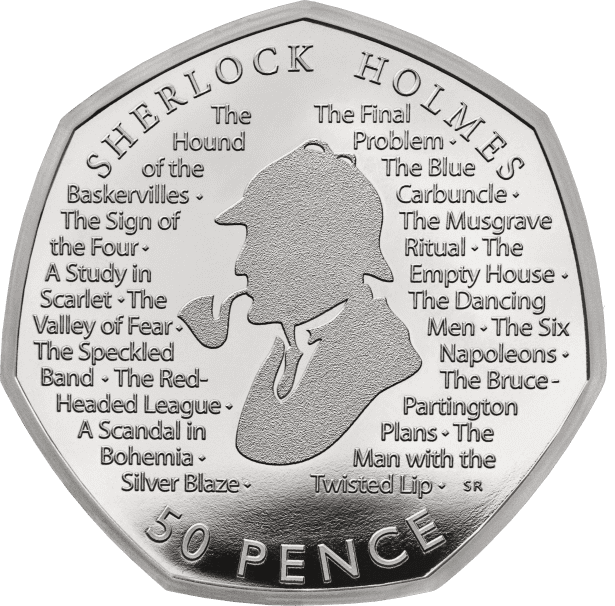 In June,  we asked whether a notice account might be the right choice for you – interest rates on these accounts hit a seven-year high in the month.

Two hard-hitting original investigations provided an in-depth look at geographical detriment across the UK. In one, we identified the UK’s fraud hotspots, while in another we revealed the cash and digital blackspots where residents are being left behind by the pace of change.

There was also widespread panic as it emerged that a government error had resulted in almost 400,000 people being hit with incorrect state pension forecasts.

In July, we explained what the government’s sweeping reforms to inheritance tax laws could mean for you.

Retirement finances were also in the spotlight thanks to our own original research, which revealed just how much you’d need each year to enjoy a luxurious lifestyle in retirement.

Which? Money also put packaged bank accounts to the test, so that you’d know which ones to avoid and which were the best value for money.

What will Brexit mean for interest rates? That’s a question we keep asking in our regularly updated article, which proved particularly popular in August.

Plus if you wanted to know how best to squeeze the most out of your savings, we also published an exclusive analysis of the best times of year to buy into fixed-term accounts.

Another in-depth article revealed the best places to retire to in the UK based on house prices and local amenities. We also explained how new measures affecting pension drawdowns might impact on you.

In August, we were also the first to report on a new and revolutionary scheme offering first-time buyers a shot at mortgage-free homeownership.

A volatile year in the savings markets continued as Al Rayan launched an easy-access account with an expected profit rate (EPR) of 1.6%. Interestingly, the offer didn’t stay around for long – it’s possible the bank experienced something of a rush on the attractive product.

A Which? Money investigation found that using a comparison site could lead to an inflated quote because of the quirks in the questions they make you answer.

September also brought more important news for pensioners as it emerged millions could miss out on thousands of pounds in retirement income by failing to update their planned retirement age. The article explained how you can avoid falling into this trap.

In October, we took a deep dive into the world of ‘number spoofing’. Our report shed light on the fraudsters behind the scam calls that are fooling people out of their hard-earned cash everyday.

With average savings rates falling for five consecutive months, we crunched the numbers to see if it made sense to use your savings to pay off your mortgage.

We learned that the state pension will rise in 2020 – by almost 4% for millions of retirees.

Find out more: types of scam to watch out for.

It was big news when Tesco launched a loyalty subscription scheme. But at Which? Money, we picked the offer apart with our trademark forensic goggles on, getting to the bottom of whether or not the scheme actually represented good value.

November also saw Sainsbury’s kick off its annual Nectar ‘Double Up’ event, which gave shoppers the chance to make their points go further. We took a look at the scheme and the small print to watch out for.

Meanwhile, it emerged that hundreds of thousands of pensioners had been overcharged more than £500m in tax since the introduction of the pension freedoms in 2015

In December, another powerful investigation into retail banking revealed the best and worst bank accounts based on real customer views and Which? analysis of the products on offer. The results were good news for First Direct and challenger bank Starling.

This month also marked an end to the government’s flagship Help to Buy Isa scheme, which was wound down after helping almost 350,000 save towards their first home. We explored the help still available for people hoping to get on the property ladder who have missed out on the scheme.

And finally, with Christmas just around the corner, NS&I picked the last premium bond winners of 2019. We revealed who won the jackpot prizes as well as analysed the winner trends over the last 12 months.

Six things you should check before buying a leasehold property

Should you use an online estate agent to sell your home?