Fraudsters paid for a Google ad posing as digital bank Revolut to trick victims into giving away personal details or transferring money, Which? Money can reveal.

The search engine has since taken down the online ad though it declined to tell us how long it had been up for. So it’s worth checking your account if you recently searched for a Revolut number and used the first one that came up.

Which? spoke to one victim who had £2,500 stolen from his account after he searched for the ‘Revolut helpline’ to resolve problems with his card and ended up calling an 0800 number that put him straight through to criminals.

Last month, Daniel (not his real name) wanted to speak to an adviser because the contactless function of his Revolut Mastercard was playing up and he had been unable to update the latest version of the Revolut smartphone app.

He used Google to find the phone number for its customer services helpline and came across the ad shown below. 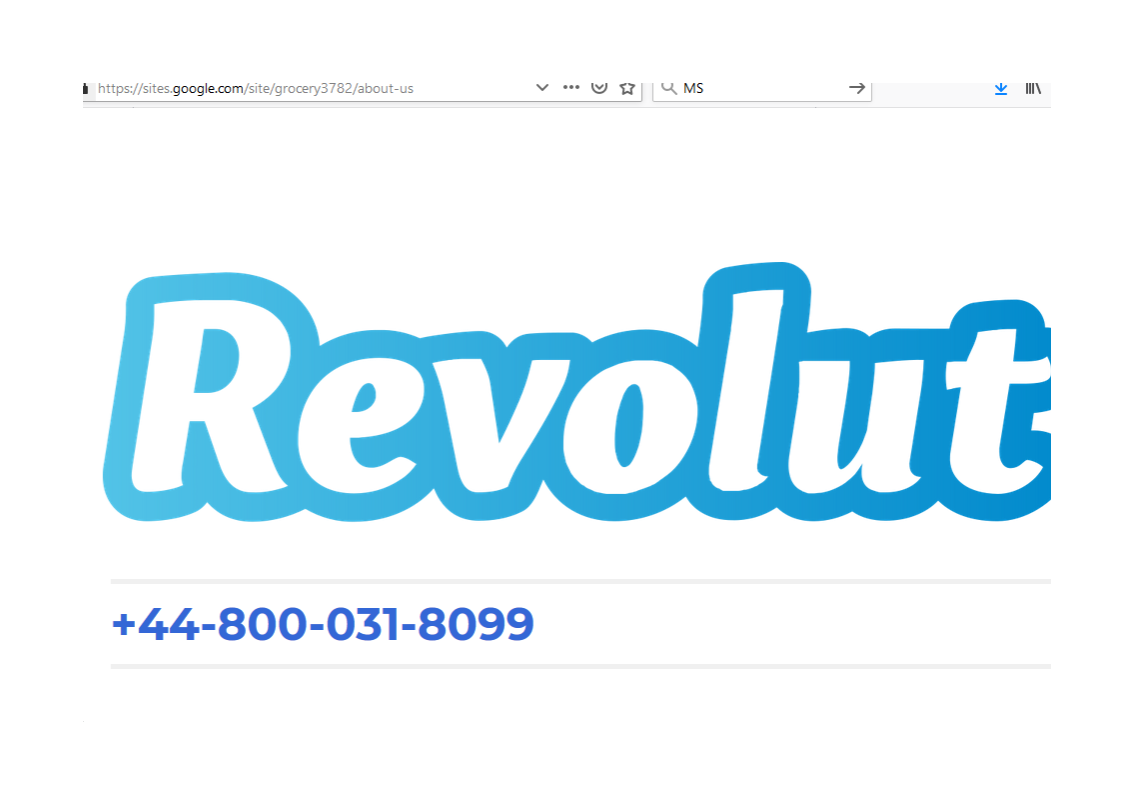 ‘I phoned the 0800 number and spoke to a person who said his name was Andy and confirmed that I was talking to Revolut’, Daniel told Which?.

‘He said he needed to take control of my mobile to get the app working. He used my laptop camera to see the display on my mobile screen.’

Having apparently got the app working, Andy passed him over to ‘Brian’ who asked Daniel to load money onto the card to ‘check authorisations’. He used a separate debit card to credit a total of £2,500.

‘Although this seemed a strange request I didn’t suspect anything at this stage since I believed I was talking to Revolut and that the money would go into my Revolut account. Andy then came back on the phone and said that my card should now work.’

When he tried the card the following morning it wouldn’t work at all and the app displayed a zero balance. He phoned the 0800 number again and was told the money would be put back into his account soon – but he didn’t believe this and quickly contacted his other bank to see if the payments could be stopped.

He was told to take up the matter with Revolut and sent a message via the in-app chat explaining he had been scammed and requesting its help to correct matters.

How Revolut responded to the scam

The initial responses were from a chat ‘robot’ before he got through to a live agent who said this would be passed on to the appropriate team. Four days later, he still had no reply and sent another message stressing the urgency.

Seven days after he had first warned Revolut of the scam and following Which? contacting the Revolut press office about our concerns, he was sent a message with further questions before being asked to send proof of his identity. Revolut refunded him in full.

He said: ‘Because it was not possible to actually speak to a Revolut adviser on the phone it caused serious and unacceptable delays in resolving this problem. If I had spoken to a person at Revolut straightaway, it could have stopped the payments since at this point they were still pending.’

A Revolut spokesperson told Which?: ‘[we are] fully aware of the risk the industry faces of customers being coerced by organised criminals, and our sophisticated and comprehensive anti-fraud systems have a strong track record of spotting, stopping and reporting criminal activity.

‘We will continue to invest heavily in anti-fraud technology and evaluate fraud cases on an individual basis. In this case, the funds have been returned in full.”

Google was unable to tell Which? how long the ad had been online, which company had taken it out or which search terms the ad was targeting.

It did confirm that this ad breached its ‘unacceptable business practices policy’, which prohibits ads from concealing or misstating information about the business, product or service – or enticing users to part with money or information under false or unclear pretences.

We asked what steps Google will take to ensure that the same company doesn’t take out similar ads with fraudulent intent.

A spokesperson confirmed that Google has processes in play to address this but said it can’t share enforcement practices as this could risk allowing fraudulent businesses and individuals to know its methods and how to circumvent them.

It told Which?: ‘Because we want the ads people see on Google to be useful and relevant, we have policies that determine which ads we allow and prohibit on our platforms. If we discover sites that are breaking this rule, we take appropriate action.’