We've tested a range of Jane pushchairs – see how they performed in our brand guide below.

The first Jane (pronounced haané) pushchair was produced in 1932, in Barcelona. Since then Jane has grown its presence globally, selling child car seats as well as pushchairs.

If you love the great outdoors, Jane is a brand you might want to consider. It has designed several travel systems for rough terrain.

We've put a number of Jane's buggies to the test  – find out how they did by reading our Jane pushchair reviews.

The table below gives you an overview of how Jane pushchairs have done in our tests, including how many of them are Best Buys and the pros and cons of the brand.

Which? members can log in to find out all about Jane. Not a Which? member? Join Which? for instant access these and our thousands of other reviews.

Table notes
1 Based on models tested and available January 2019

Jane sells a number of all-terrain travel systems, as well as single pushchairs that can be converted into doubles. Jane travel system models are compatible with its range of car seats.

Before buying a car seat, we would always recommend taking a look at which ones have been rated as Best Buys and Don't Buys in our tests – see our reviews of Jane car seats.

Jane prides itself on being a practical brand. For example, a number of its pushchairs have tyres that Jane claims are puncture-proof. Its travel systems also feature an innovative hand-operated brake, which is ideal if you're wearing open-toed shoes and don't want to use a traditional foot-operated brake.

The Jane Crosswalk is an eye-catching and interestingly designed pushchair, with large, sturdy-looking wheels to cope when you're off-road. It’s also travel system compatible.

See whether this pushchair lives up to its impressive looks with our full Jane Crosswalk review.

The Jane Epic can be used as a travel system and is compatible with the Koos car seat, Matrix light 2 car seat and the Nano carrycot. The Epic looks similar to the Jane Rider, but is slightly smaller and lighter.

Our pushchair experts have taken a look at the Jane Epic. To find out what their initial impressions were ahead of our full test results, read our Jane Epic first look review.

This three-wheel off-road travel system has been around for a while, but it has an eye-catching design that's bound to stand out. It's suitable for newborns when used with a carrycot. But how comfortable is it for your little one, and will you find it easy to manoeuvre and use on rough terrain?

Find out how it did in our tests by reading our Jane Trider review.

This Jane pushchair can also be used as a travel system. Tested in 2013, it's still available now. It folds up like a book and has a carry handle to make it easier to transport once folded.

But how easy is it to change and adjust the seats, as well as fold and store? See out how it compares with other Jane pushchairs in our Jane Muum review.

How do we review Jane pushchairs?

Each Jane pushchair is put through more than 30 tests to check its strength, durability and safety in line with British standards including checking for finger traps or choking hazards.

Find out whether any Jane pushchairs come out top in our tests by browsing our pushchair Best Buys.

How much does a Jane pushchair cost?

Jane pushchairs generally fall between £300 and £500, and some come with extra accessories.

As a rough guide, the Jane Crosswalk will set you back around £500. This includes a car seat, base and sometimes you'll find it with a carrycot included. The Jane Epic with a car seat is around £450, while the Muum pushchair on its own is around £379.

The Jane Trider can cost as much as £745, but this includes an Isofix car seat base and a car seat which can also be used in a carrycot format on the pushchair.

Where to buy Jane Pushchairs

Jane Pushchairs are fairly easy to come by. They're sold by Mothercare and Tesco, and are also available at a number of independent high street stores and online shops. If you're planning on buying online, we recommend you visit a store first to get a feel for the pushchair.

All Jane pushchairs bought since 2014 have a guarantee for two years. You'll need to have a proof of purchase, and check the terms and conditions on its website. 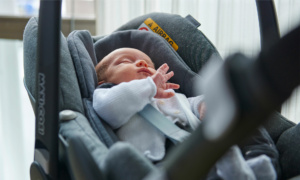 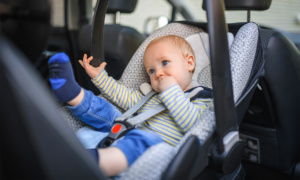