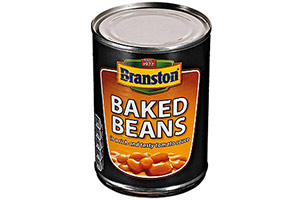 Tin cans are the packaging type most likely to cause injury, according to our survey

Two thirds of you get frustrated trying to get into everyday packaging – and it’s also having an affect on your health and wellbeing.

According to our latest survey of more than 2000 consumers, four in ten people have hurt themselves while trying to open packaging over the last two years. If we scale that up to the UK population, it would equate to a staggering 25 million people.

Surprisingly, the biggest offender for injuries is the humble tin can. If we applied our figures for this to the general population, that would mean more than one million people UK-wide are going to their GP or A&E in a two-year period, simply as the result of opening a tin.

We’d like to know if you consider inaccessible packaging a health issue: join the Which? conversation to have your say.

Moulded plastic ‘clam-shell’ packaging is the leading cause of frustration, followed by shrink wrapping and peel-off coverings. We recruited an expert panel to examine more than 200 items, most suggested by Which? members.

The photo gallery below shows a selection of the products with problematic package our panel uncovered, including an Oral B electric toothbrush, Brillo Mr Muscle Soap Pads and WH Smith scissors.

Injuries while opening packaging may not be so surprising when you consider the range of implements people use to tear their way into goods including food, medicines and household products.

Impact in the future

A quarter of people regularly need help to open packaging, and the same proportion have to rely on others more than they would like to. That’s a worry with the number of people aged 60-plus due to pass the 20 million mark by 2031, and 3.8 million older people living alone.

Dr Yoxall said: ‘There have been competing priorities for companies – the need for packaging to keep food fresh, to keep the contents secure and tamper-proof, and to use less packaging (sustainability). But there are too many excuses for poor design and lack of thought.’

Our expert packaging panel emphasised that packaging that uses the right materials is just one part of good design. Another important part is instructions. Time and time again they pointed out products that are hard to open because instructions can’t be seen or aren’t clear enough.

If you bought a car, you’d be furious if it proved difficult to open the door, but the struggle to get into everyday packaged goods is seen as something we must tolerate.

Which? editor Richard Headland said: ‘With one in four people telling us they regularly need help to open everyday products, bad packaging is not only frustrating but is causing injuries too. We want manufacturers to improve the design of product packaging and make opening instructions much clearer.’

With a British Standard on improving packaging accessibility due in 2014, Which? will be watching to see if manufacturers will commit to make accessible packaging their priority.

Our full article ‘Wrap rage’ appears in the September issue of Which? magazine. If you’re not already a Which? member, sign up now to receive our magazine and get instant access to the reviews on our website.