Vodafone has announced a new type of pay-as-you-go (PAYG) plan called PAYG1, and it sounds ideal for people who are concerned about clocking up a huge phone bill.

The plan charges 20p per text, 20p per minute of call time, and 20p per 5MB of data. What makes it unique is that once you’ve spent £1, the fee is capped until the end of the day – but you still have unlimited minutes and messages, and up to 500MB of data at no extra cost. You can buy an additional 500MB of data for another £1, and your usage resets at the end of each day.

On the surface, it looks like a good deal. But how do you know if it’s right for you? 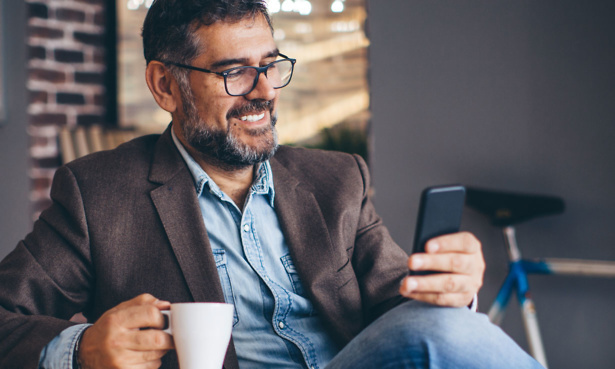 Is Vodafone PAYG1 right for you?

PAYG isn’t nearly as popular as it used to be, and the days of getting a £10 top-up from your local newsagent are all but over. The idea is that you pay per call, text, or MB of data from a prepaid amount that you have added to your phone in advance. It’s really intended for people who rarely use their phone, or for a back-up phone that can be left at home or in the car.

Vodafone’s new plan sits somewhere between traditional PAYG and the newer monthly deals. With a monthly deal you get all your data, minutes and texts upfront, so it’s in your best interest to use as much of it as possible in a given month, as you’ve already paid for it.

PAYG has largely been replaced by these Sim-only deals with monthly ‘packs’ offered by providers that include a set amount of minutes, texts and data for a fixed price, and for many they offer significantly better value than simply buying a top-up.

But PAYG isn’t dead yet, and for some it could still be the best option. Depending on what type of user you are, Vodafone’s new PAYG1 could be for you.

You might think that if you regularly use a lot of minutes or data, having your costs capped at £1 a day would be good value, and offer significant peace of mind. We can’t argue with the latter, but consider that just five minutes on the phone, or a couple of minutes and a bit of web browsing per day will see you hitting the £1 cap. This means it’s likely you’ll spend around £30 per month, in which case there are better deals available elsewhere.

If you barely ever use your mobile phone, or use it little and often, a PAYG plan could be best. In this situation you’d need to consider how much you’re paying for minutes, messages and data, and how much you’d expect to use.

The table below shows the PAYG tariffs for five of the top providers.

As you can see, Vodafone’s new plan is far from the cheapest around when it comes to individual call costs. You could make over 30 minutes of calls with Three before you hit £1, and be able to use four times as much data.

Alternatively, you could go for a low-cost Sim-only monthly bundle. GiffGaff offers 150 minutes, 500 texts and 100MB of data for £5 per month, and if you’re willing to sign up for 12 months, Three goes one better with 200 minutes, unlimited texts and 500MB of data for the same price. If you’re already spending more than £5 per month topping up a PAYG phone, this could be the best option.

If you’re prone to breaking your phone and need a reliable spare, need one to lend to a friend or family member when they visit the country, or any other scenario in which you’ll use the phone infrequently, but want the flexibility to use it a lot when you do, Vodafone PAYG1 could be for you. Totting up the cost of paying for each individual minute, or megabyte of data with another provider could work out far more expensive, as could buying a Sim-only deal with a monthly fee.

It’s always worth shopping around to find the best deals before deciding on a mobile provider. But price isn’t everything – our guide to choosing the best mobile phone deal reveals all.