Car buyers should complete their purchases soon to mitigate risks against a no-deal Brexit if they wish to buy around the 31 October deadline, Which? has learned. Find out what impact car manufacturers say Brexit has on them and what it could mean for you.

Car manufacturers are announcing their plans in the event the UK leaves the EU without a deal at the end of the month. Any additional costs in manufacturing and importing cars risks price rises for consumers.

Best cars – our rigorous, independent lab tests reveal which are the best cars to buy.

How much more could you pay for a car?

Vauxhall, Peugeot, Citroën and DS have confirmed any additional ‘duty’ applied by the UK government after Brexit ‘will be passed on to customers’.

Any price rises will occur on the date these additional duties are applied. 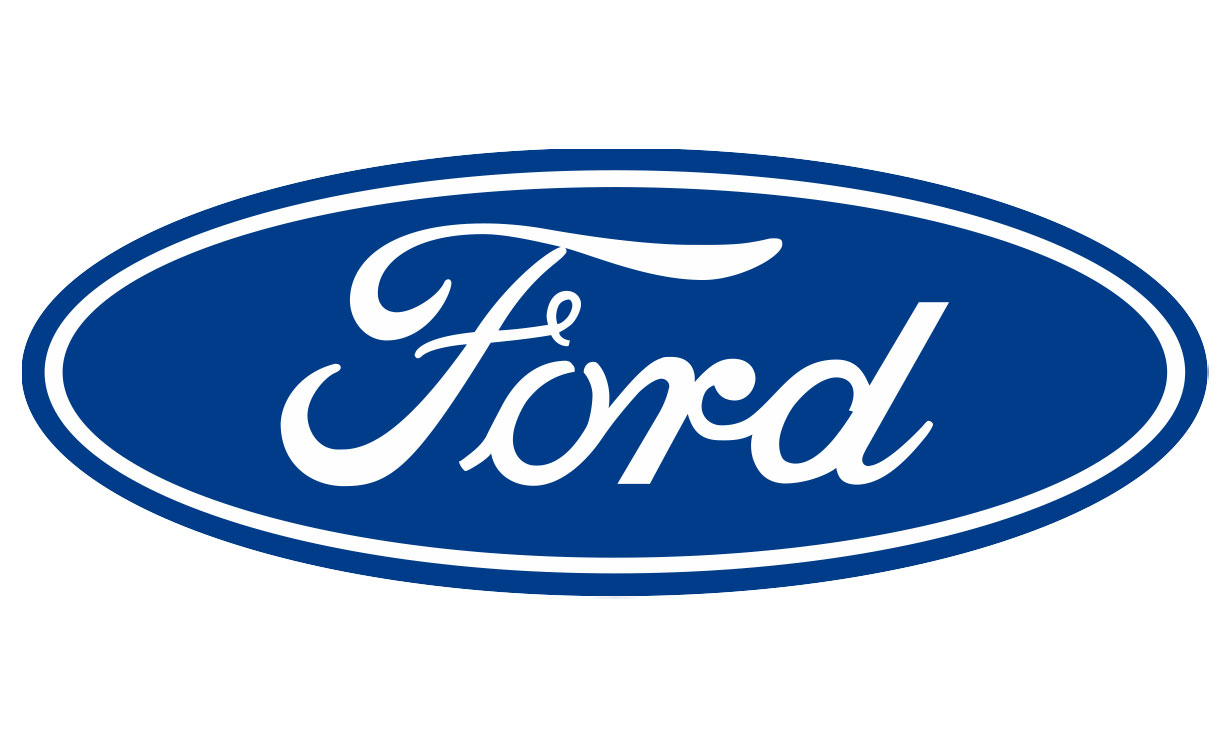 Ford makes some of the UK’s most popular cars, including the Ford Fiesta and Ford Focus.

Ford has confirmed to Which? it will price protect orders placed prior to any no-deal Brexit.

Ford of Britain managing director Andy Barratt said: ‘In a no-deal scenario and the imposition of a WTO 10% tariff regime on new vehicles, prices for Ford’s most popular passenger and commercial vehicles would rise by between £1,000 and £2,000.

‘We will provide more details if or when the situation dictates.’

Ford of Europe communications executive director John Gardiner added: ‘We continue to hope that all sides can reach an agreement to ensure the UK leaves the EU with a deal in an orderly manner’.

And that despite taking actions to mitigate the impact of a no-deal Brexit, it is ‘impossible to avoid disruption in such a scenario.’

For Volkswagen, the commitment covers both Volkswagen passenger cars and Volkswagen commercial vehicles. 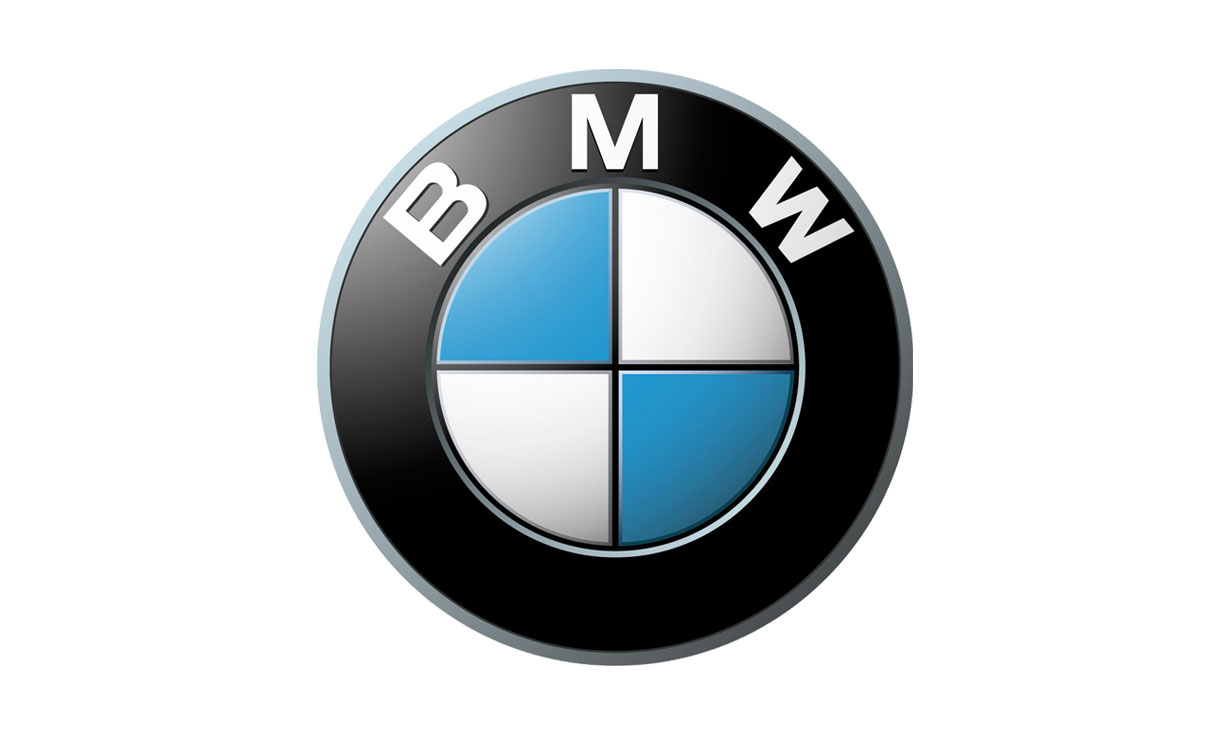 Both BMW and Mini confirmed that WTO tariffs applied in the event of a no-deal Brexit will mean recommended retail prices will rise for any of their vehicles that are imported into the UK from abroad.

Both will offer price protection for those currently making orders for their cars. Any orders placed by consumers by the close of business on the last working day prior to a no-deal Brexit will be price protected.

However, if the UK Parliament makes a decision for a no-deal Brexit ahead of 31 October, the last orders to be price protected from increases will be brought forward to this date.

Land Rover and Jaguar say they will ‘provide price protection for all customer sold vehicles registered before 31 December 2019, regardless of date of order or planned delivery date.’

Toyota and Lexus have confirmed they will apply price protection to all customers that have ordered vehicles prior to any changes to market conditions, such as a no-deal Brexit, that could cause them to increase prices. 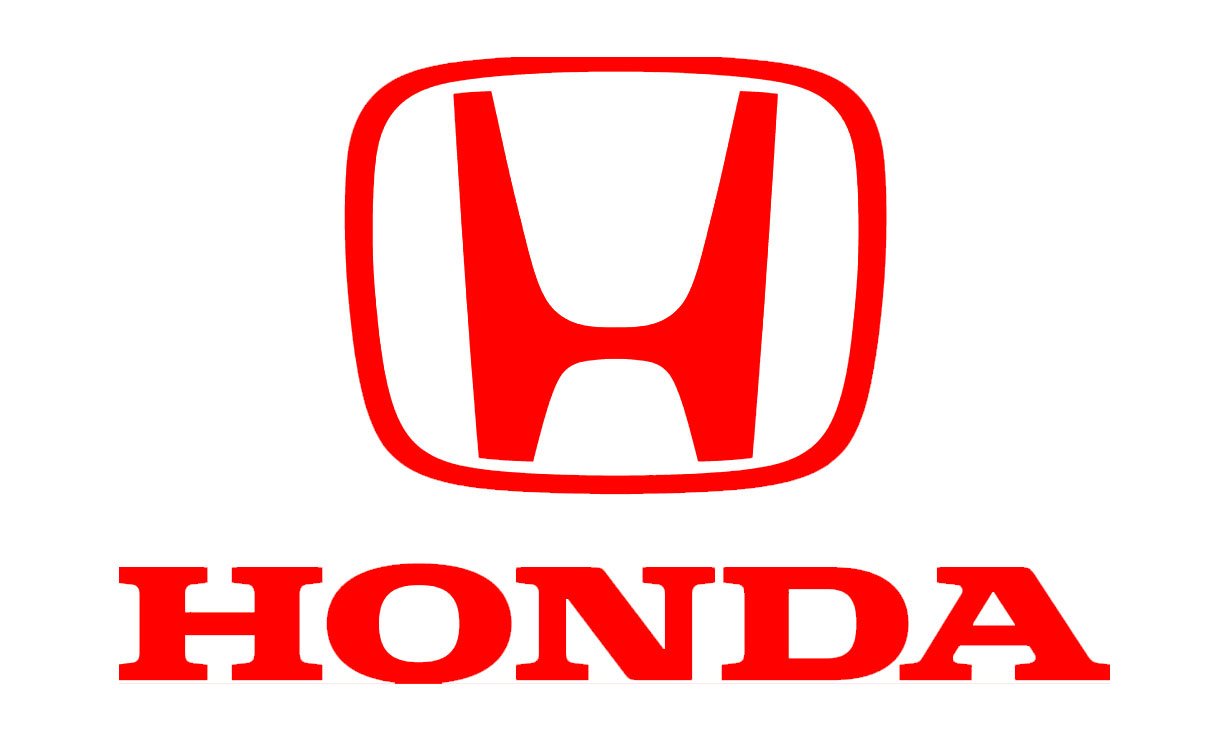 Honda has confirmed that ‘when a customer orders a Honda car, the price is protected and it does not matter if the car is in the country. We always price protect at point of order.’

Honda customers also do not need to be as worried about the Brexit deadline, with Honda stating: ‘we are not immediately putting up prices after Brexit – we periodically review our prices in line with the marketplace.’

Honda itself is in a particularly difficult position if a no-deal Brexit occurs. This is because it manufactures some of its vehicles in Turkey, which is not in the EU but is in the customs union.

Therefore, even if the UK gets the deal with the EU it is striving for, since the UK government is committed to leaving the customs union, Honda could still be adversely affected with new tariffs on its cars from Turkey.

Honda also imports cars from the US and Japan. Which means there’s another headache it may have to contend with.

Currently, 10% tariffs are imposed on cars imported into the UK from outside the EU, such as from Japan and the US. Tariffs from Japan were due to reduce because of the new EU-Japan Trade Agreement. The government has said it would like to reach a new deal with Japan, but this has not yet been agreed with Japan and is subject to negotiation.

Even without the impact of tariffs, Honda has warned there ‘could potentially be an impact on our pricing’.  This is since any implementation of new border controls could make importing cars and parts ‘more challenging, time consuming and costly’.

Honda said it is ‘putting preparations in place to minimise the impact to our customers, retail network and investors, but not everything is in our control.’ 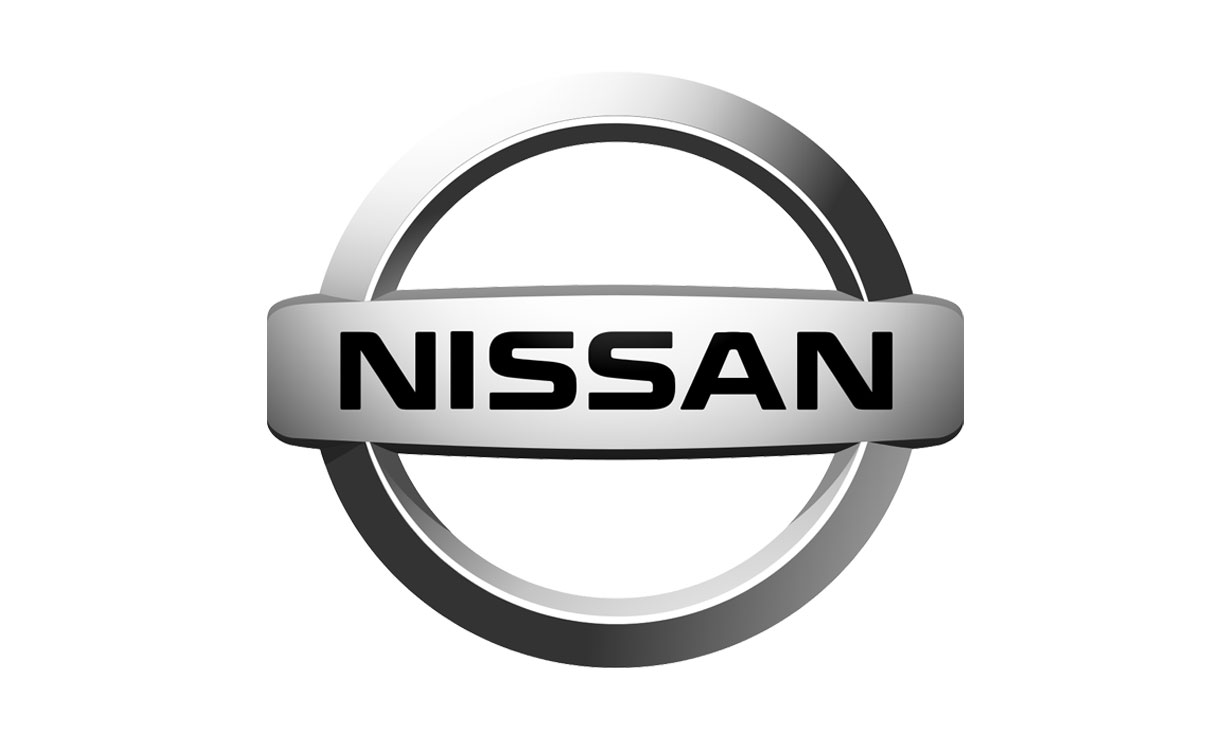 Nissan, which has a strategic partnership alongside Renault and Mitsubishi, didn’t respond to our request to comment for this article, but it did announce worrying news last week.

Nissan warned that a no-deal Brexit could make its European business model unsustainable. It said a 10% export tariff applied from a no-deal exit of the UK from the EU would put its entire European operations ‘in jeopardy’.

It operates the UK’s biggest car plant in Sunderland with 7,000 staff, making the popular Nissan Qashqai and Nissan Juke, as well as the electric Nissan Leaf.

The new-generation Nissan Juke, designed and manufactured in the UK, is specifically targeted at European markets. Two-thirds of its components come from the EU and 70% of production is destined for the continent.

How do I know when my car will arrive, and if the car I’m buying is in the UK?

If you’re buying your car ahead of the 31 October Brexit deadline,  your dealer should know whether it’s available from stock or requires a factory order.

If your car’s not yet in the UK, make sure you explicitly ask whether it will physically be in the country ahead of the 31 October Brexit deadline.

After 31 October, if there’s a no-deal Brexit, prepare yourself for a delay before you can get your hands on your shiny new car. Should border controls change, vehicles being imported from abroad could suffer delivery delays.

When manufacturers say they will protect their car prices, they mean the prices they recommend to the dealers that sell their cars. Since dealers can set their own prices and deviate from these recommendations, if you find prices at your local dealer have risen despite a manufacturer committing to protect prices, make sure you shop around to look for another dealer that hasn’t raised prices.

A car manufacturer’s offer of price protection is always subject to manufacturer terms and conditions, so it’s important to ensure you ask about these to make sure you meet them when purchasing your car.

What does the car industry say?

We spoke to the car industry trade association, the Society of Motor Manufacturers and Traders (SMMT).

Its Chief Executive, Mike Hawes, said: ‘Car buyers in the UK currently benefit from a vast and diverse range of technologically advanced cars, especially in terms of safety and efficiency.

‘A no-deal Brexit would see WTO tariffs adding billions of pounds of extra cost to manufacturers, which cannot be absorbed. Further, because nearly 90% of UK new cars are imported, any further depreciation of sterling could also have an adverse impact.’

UK car sales have suffered a ‘downward trend’ for the two-and-a-half years since the 2016 Brexit vote, according to industry body the SMMT.

As the graph below shows, UK car registrations for the key month of September, one of the two months when new number plates are introduced, have declined by almost a third overall since 2016. 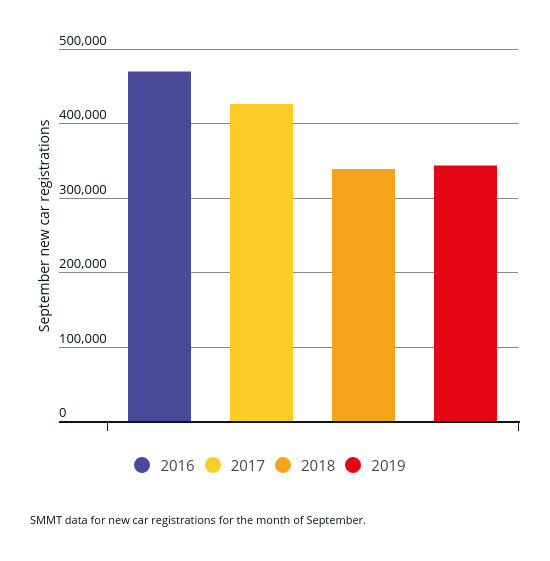 Growth last month in September 2019 was weak year on year, which the SMMT warns is in ‘stark contrast to other major European markets’, which rallied this September to ‘double digit’ growth year on year.

The SMMT blames this on ‘political and economic uncertainty [with] Brexit fears holding buyers back, [and] weak consumer confidence stopping consumers from committing to big ticket purchases’, such as buying cars.

Want to know what your next car should be? From hybrid and electric cars, to crossovers and SUVS, see our expert pick of the best cars.