SUVs are very fashionable right now – but what never goes out of fashion are drivers wanting better fuel economy and bargain buys. So our latest tests cover a whole range of attractive family cars, from popular SUVS, to a spacious Mercedes-Benz hatchback and hybrids from Toyota and Mitsubishi. Find out which are gas guzzlers, and which really deliver the goods on the road.

Our latest car tests include the Audi Q3 and Volvo XC60 SUVs, as well as the roomy Mercedes-Benz B-Class hatchback. We’ve also retested the Nissan Micra. The last time this car was put through our safety tests it worried us, so find out whether Nissan’s improvements to the car’s stability control has paid off.

Which? lab testing goes in deep into every aspect of a car, from its driving performance, how practical it is and how fuel efficient it is to run. So you don’t get caught out.

This, combined with Euro NCAP crash test results and our reliability survey of owners, makes our car reviews more comprehensive than anyone else. A car that aces our tests gives you peace of mind.

We’ve found both Best Buy success and unsafe Don’t Buys in the cars listed below – use the links to find out more.

Want to know which car you should buy now, and which you should avoid? Head straight to our expert pick of the best cars. 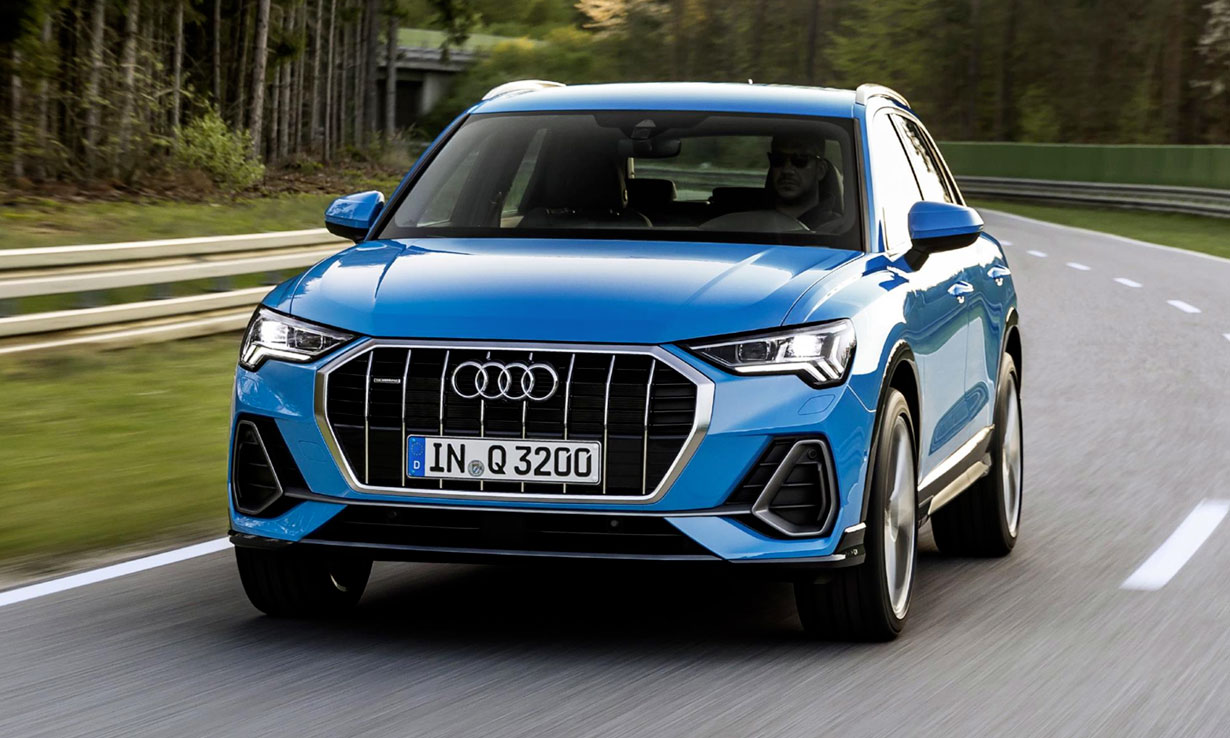 The Audi Q3 compact SUV is of a comparable size to the Mercedes-Benz B-Class (below), and yet prices start from six grand more.

This second-generation Audi Q3 is one of the Audi’s most important SUVs, competing against popular rivals like the BMW X1 and Range Rover Evoque.

It’s a bit larger than its predecessor, with the even smaller Audi Q2 now the smallest SUV in the German manufacturer’s range. This year Audi also added the option of a Sportback version of the Q3, with a sporty sloping roofline and a high-performance RS model.

There’s a wide selection of petrol and diesel engines to choose from. These currently range from:

So are its engines economical and what’s it like to drive? Our expert tests reveal all – see our exclusive Audi Q3 review. 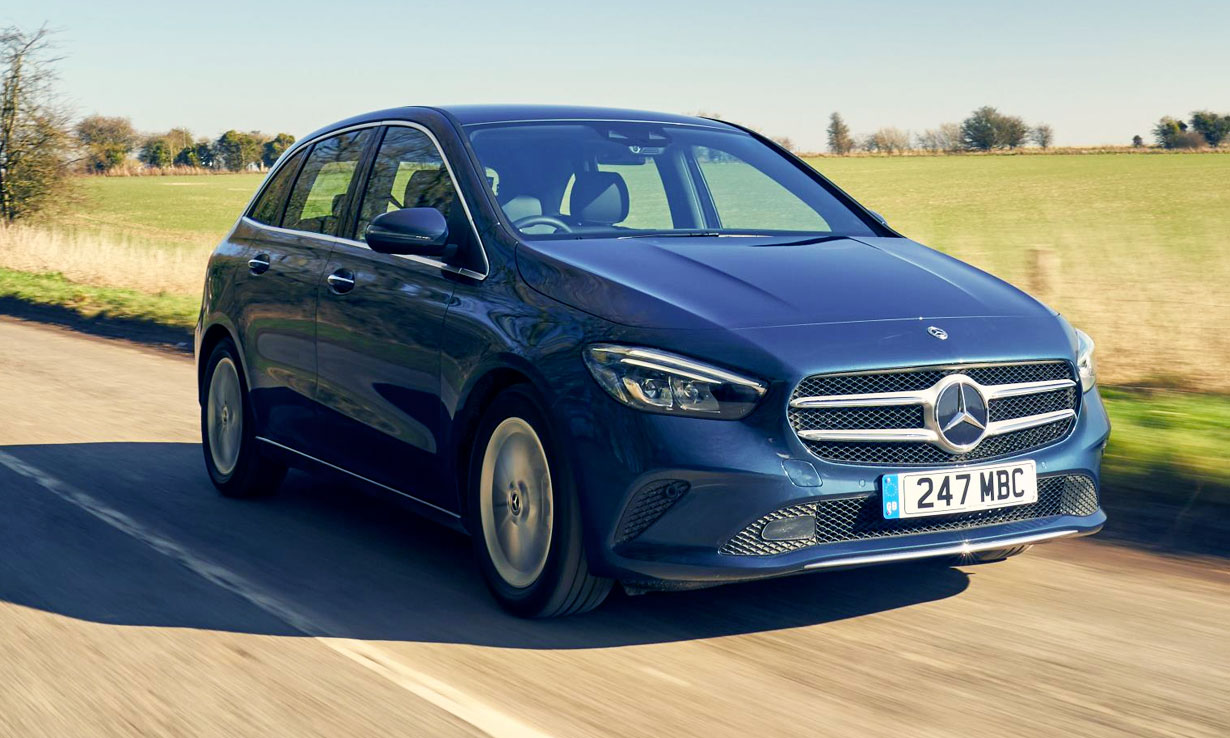 Mercedes-Benz is targeting families with the B-Class. It has more space and practical features than the Mercedes A-class, on which it’s based, including a rear-view camera as standard.

The Mercedes B-Class straddles the hatchback and MPV classes, offering a high-quality cabin and attractively hi-tech approach to family driving.

There’s a high-class cabin with an impressive widescreen display. This can be controlled via touchscreen, console touchpad, voice or steering wheel buttons.

Plus you get a choice of seven engines, which are currently:

All are automatic transmission, with only two of the petrols (B180 and B200) also available as six-speed manuals. If you want all-wheel drive, it’s available on the petrol B220.

But is this Mercedes really as practical as it seems in practice, and is there anything to watch out for? Find out in our thorough Mercedes-Benz B-Class review. 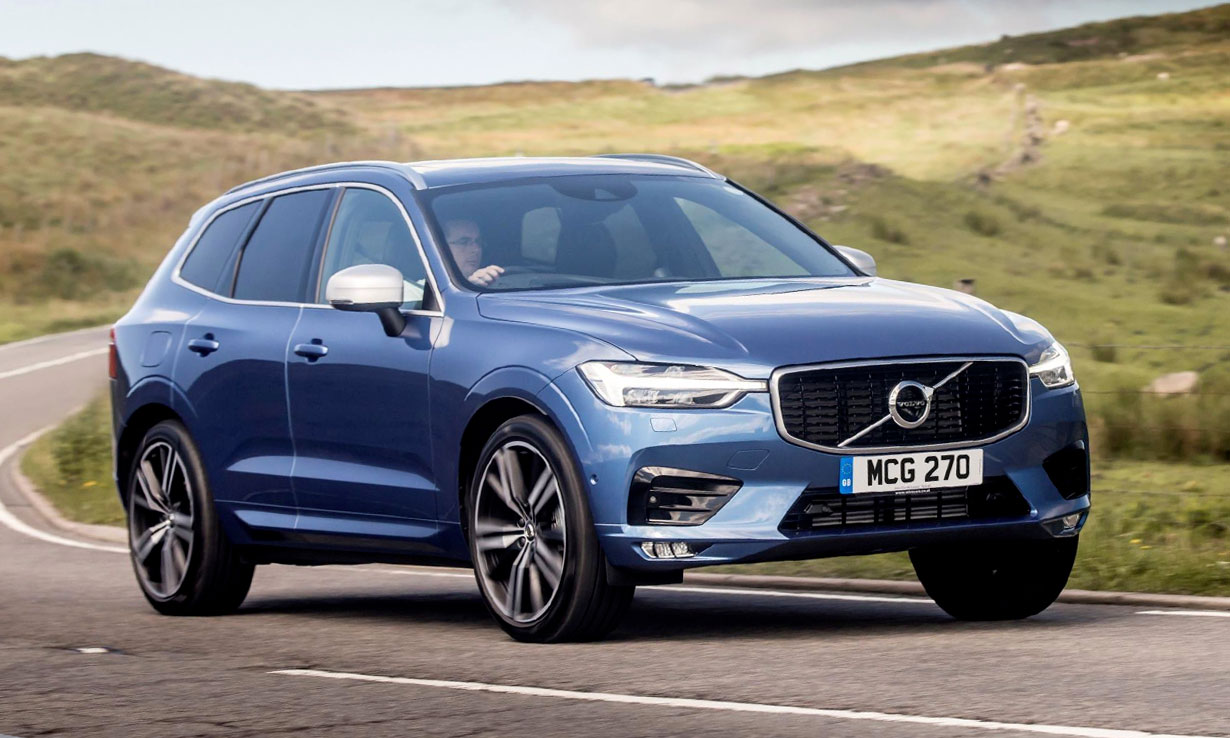 The Volvo XC60 has proven a desirable choice for those looking for a larger SUV, with even more space within its spacious premium interior. In fact, surging demand for SUVs meant its predecessor was at the height of its popularity just as its successor launched in 2017.

Volvo is also aiming to add to this wave of success by adding a new range of mild-hybrid engines to the XC60 to tap into growing environmental concerns, with the battery charged exclusively from braking and deceleration so you don’t need to plug it in. Volvo claims these mild hybrids should offer fuel saving of up to 15% compared with the diesel engines they’re replacing.

The B4 mild diesel hybrid model is currently being tested at our lab, so check back soon for the definitive verdict on whether it’s worth considering the mild hybrid. In the meantime, there is something you need to know about the XC90 plug-in hybrid, which we have lab tested.

Volvo also recently announced a range-topping version of the XC60, courtesy of Polestar Engineered, the Swedish carmaker’s performance arm. It will take the current top-of-the-range T8 plug-in hybrid version with 390hp and boost it up to 405hp.

So is the Volvo XC60 really one of the best mid-size SUVs you can buy, or are there better options available for your family. We put it to the test in our extensive Volvo XC60 review. 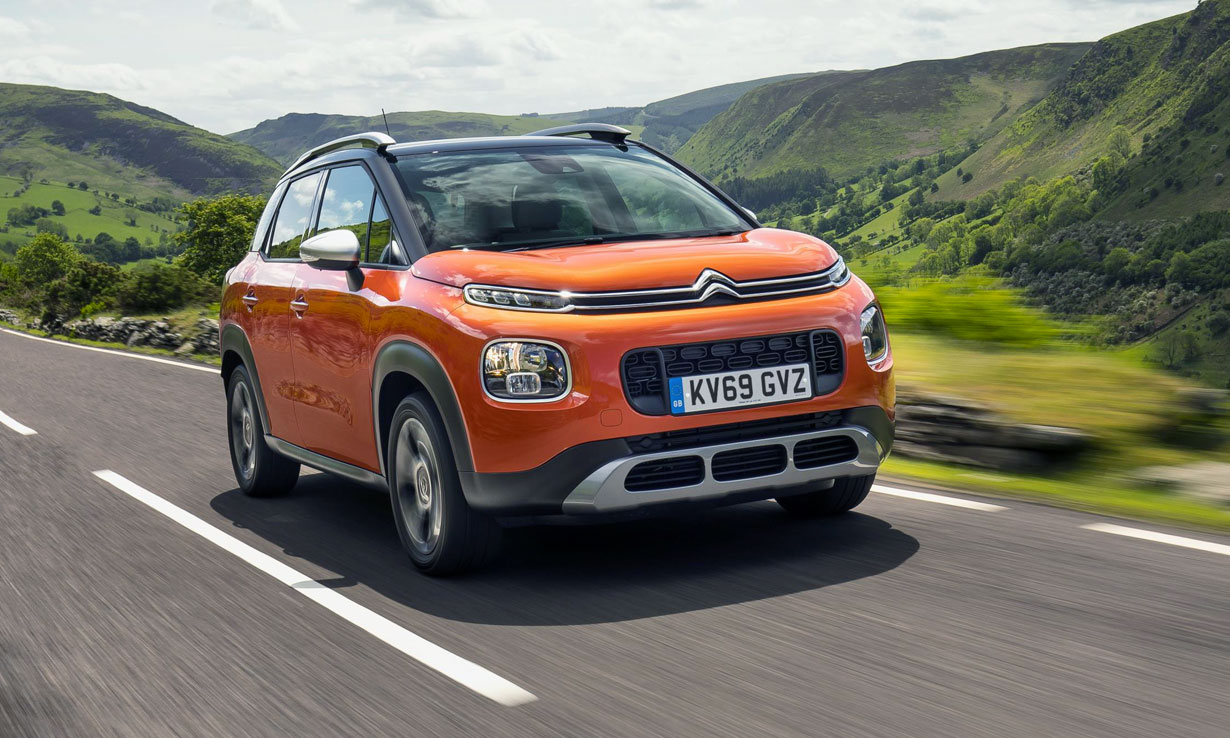 Compact crossovers attract buyers who like the look, space and ride height of the SUVs but are looking to avoid high running costs. The C3 Aircross is Citroen’s smallest crossover model, based on the Citroen C3 hatchback. It competes against popular rivals like the Nissan Juke and Renault Captur.

Does this look like the ideal SUV crossover for your family? Find out whether it has what it takes or if there’s anything to consider in our exacting Citroen C3 Aircross review. 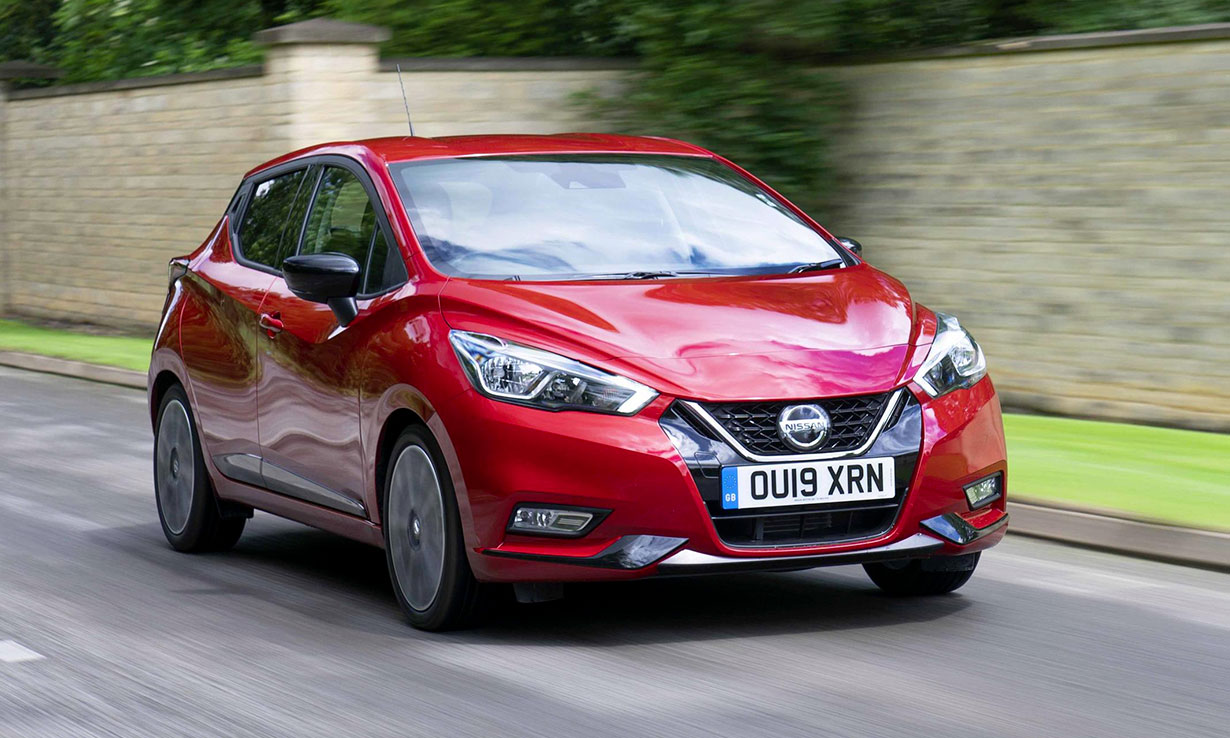 The new Nissan Micra is the fifth generation of the model, and Nissan is obviously hoping its fresh design will break it free of its bland, frumpy image to rival class-leaders like the Ford Fiesta and Volkswagen Polo.

As its name suggests, this is Nissan’s smallest hatchback. It sits below the Nissan Pulsar in its range of small family hatchbacks.

The new Micra includes a host of personalisation options, like exterior decals and interior trim colours to let you customise the car to suit your character. There are six trim levels. These start from the extremely basic model, which comes with with plain pressed steel wheels, rather than alloy, and no air conditioning.

There’s currently a range of petrol engines (72hp-117hp) and a 1.5-litre 90hp diesel. Five-speed manual gearbox is standard, with an CVT automatic option available on the 100hp petrol.

However, despite getting a full five stars from safety organisation Euro NCAP, Which?’s rigorous additional safety testing in 2017 exposed that earlier models of the Micra exhibited worrying behaviour in our high-speed hazard avoidance test, which could see you facing opposing traffic for longer or losing control of the car.

The good news is that, since then, Nissan has improved the car with stability control that’s able to brake individual wheels during cornering. In our hazard avoidance test, which simulates swerving around an obstacle at the last minute, the DIG-T 117 model with this technology still has a tendency to lose traction at the rear axle, but the electronic systems intervene much more convincingly. This quelled the dramatic destabilisation we saw in our 2017 Micra tests.

So are hatchbacks the smarter choice? See what we thought of other aspects of the Nissan Micra in our definitive Nissan Micra review. 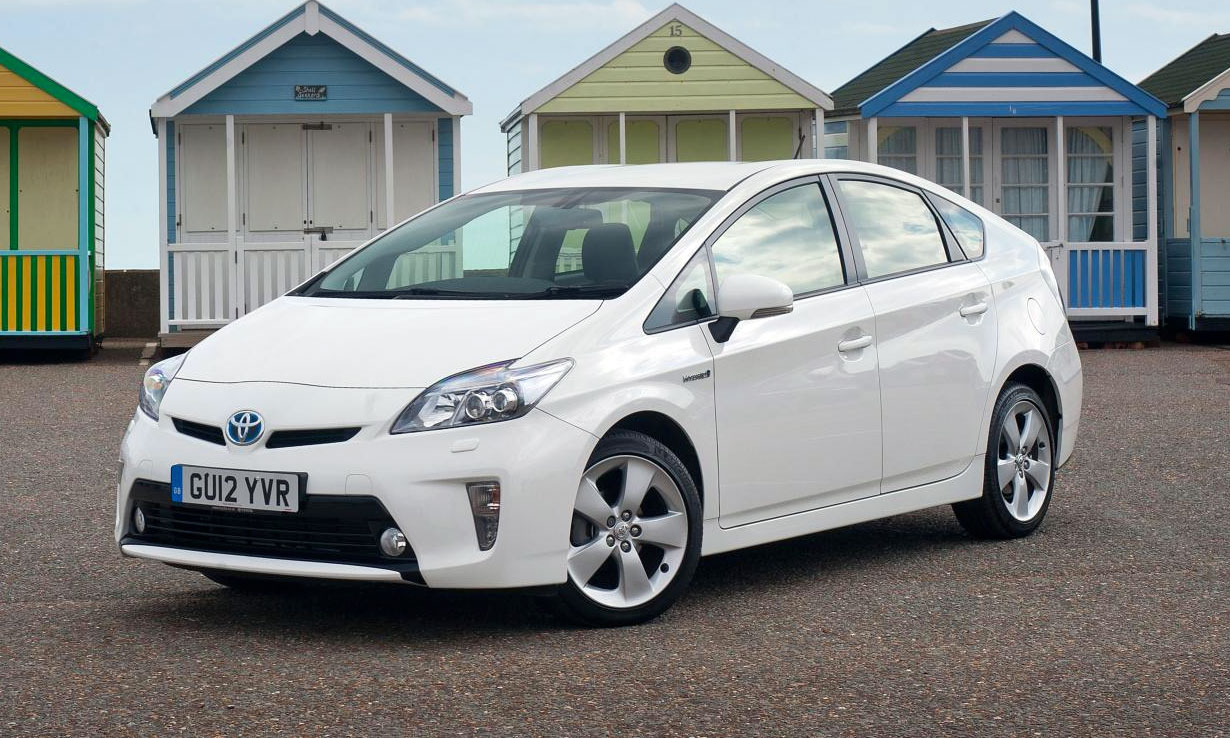 As any driver on the road will attest, cars on average are getting bigger. The popularity of heavier SUVs and crossovers inherently also impacts fuel economy. So is there a better alternative for your family?

The Toyota Prius has been around for a long time, but with growing air pollution concerns and city emission zones, it’s becoming a popular car in city centres.

This is a standard hybrid, meaning you don’t need to plug it in to charge.

But do you really get the low fuel consumption advertised when out on the road? Our independent real-world tests have the answer. See our comprehensive Toyota Prius review. 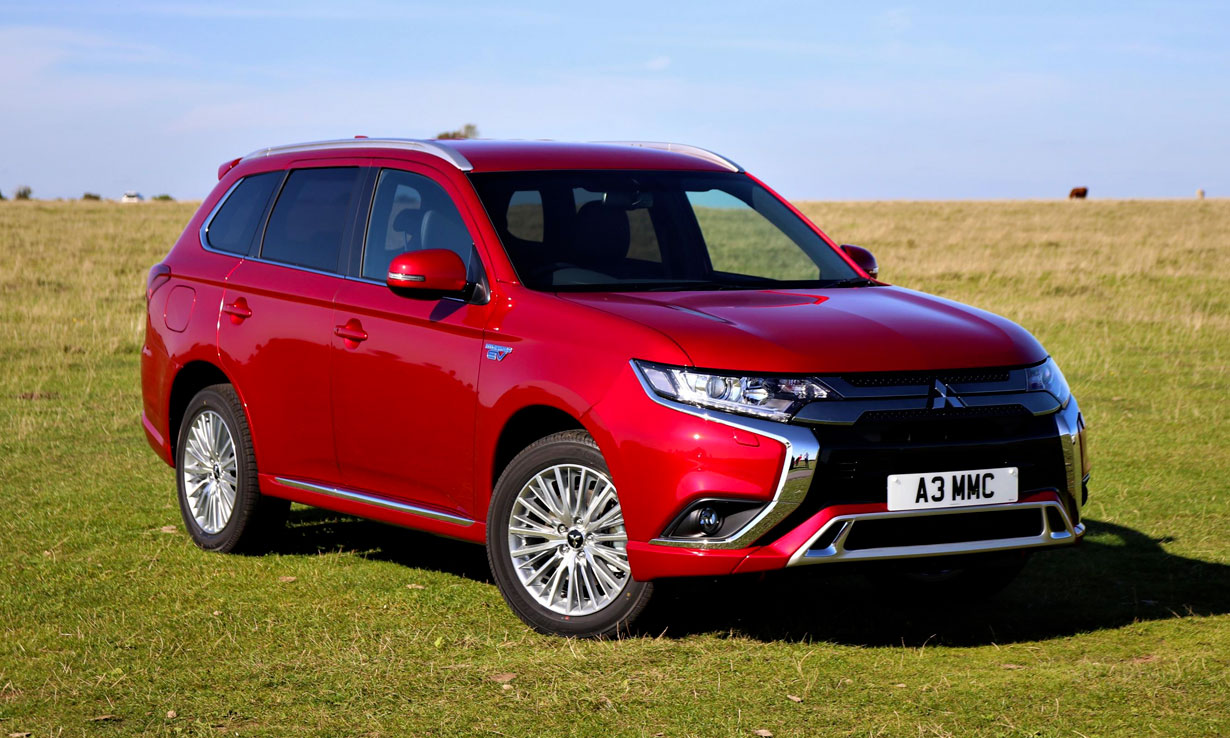 For some the Toyota Prius will always be a bit too pedestrian. The Mitsubishi Outlander 4×4 aims to be a compelling alternative take on achieving low fuel costs, with its attractive high driving position, all-weather traction and off-road ability.

It’s a plug-in hybrid – running on electric power alone until its batteries run out, then switching to its petrol motor. The motor also switches on at high speeds or if you put the car under high load.

The Outlander aims to be practical too: a reversing camera is offered as standard, it offers lots of steering wheel and seat adjustments , as well as a touchscreen with button or steering wheel controls.

So can choosing an SUV really be an environmentally-minded choice? Mitsubishi may claim great fuel economy, but does it really match up in the real world or is there a catch? We reveal all in our expansive Mitsubishi Outlander PHEV review.