Which? Travel research has found that 73% of car hire customers are worried about being ripped off by their rental company.

Consumers are right to be concerned. This summer, Which? asked readers to send in examples of the unscrupulous car hire practices that they encountered, and we received more than 300 stories.

More than a quarter of the stories you sent us involved the notorious budget brand Goldcar, while a further 15% were about its parent company, Europcar. Here we round up the most common scams according to your feedback.

Unlawful practices are so common in the car hire industry, that only a quarter of car rental customers enjoy worry-free holidays. Make sure you check our reviews of the best and worst car hire companies

Unfair damage practices made up a third of the complaints reported to Which? this summer.

This is just one of the many stories sent to Which? by car hire customers: ‘I parked at the Europcar office and took photos as I always do. There was no damage. Three weeks later I noticed they had taken £600 from my account. They said it was for a scratch to paint work’.

Europcar received the most complaints about dodgy damage practices of any company. One in five of the damage related stories Which? received this summer implicated the French car hire giant.

Last year a Which? Travel investigation found that customers were routinely charged over the odds for repairs that were never made. And, for over two years, Trading Standards has been investigating Europcar for ‘fraudulently’ charging artificially inflated prices for damage repairs.

Europcar told us: ‘Europcar is very disappointed that a small number of Which? readers believe they have been unfairly charged for damage to the company’s vehicles during their rental. Europcar aims to achieve the utmost transparency regarding any additional charges it makes to its customers following a rental, including the provision of images of any vehicle damage that has been identified post-rental as well as a breakdown of what the charges are for.’ 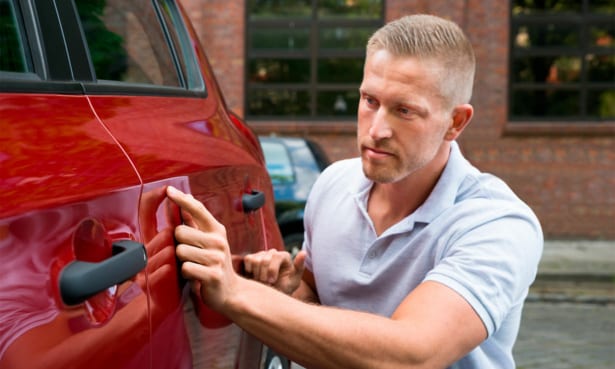 Unexpected, and often unexplained, charges accounted for a third of the car hire complaints sent to Which? this summer.

Worse still, many people don’t know anything about these charges until they return home. Which? Travel research has found that nearly half of car hire customers receiving additional charges know nothing about them until they check their credit card statement, or receive an unexpected bill when they are back in the UK.

This Goldcar complaint is just one of many similar stories: ‘When I got home I noticed £98 had been taken from my card. I contacted Goldcar who said it was for wi-fi. I didn’t book wi-fi but when I checked the paperwork found a £40 wi-fi charge. I was still nearly £60 short. I have emailed three times to ask what this charge is for, but they are ignoring me’.

Pressure selling is illegal in the EU. Yet a quarter of the stories we received related to car hire companies lying and pressuring customers into buying additional insurance at the rental desk.

It’s no surprise that Goldcar was the company that was named most often in relation to these tactics. Earlier this year Which? Travel went undercover to catch Goldcar’s criminal behaviour on camera . And more than 40% of the insurance stories we received this summer involved Goldcar.

This story, from a Goldcar customer, was all too common: ‘I presented my Allianz insurance document. I was told by the representative in a very aggressive manner that it was not valid. We were given an ultimatum: accept Goldcar’s own insurance, or you can’t take the car. I protested, but was forced to sign’.

Goldcar told us: ‘Our customer service has not been good enough and things need to change. This is why we have placed customer satisfaction at the core of our development strategy. This goes for all brands owned by Europcar Mobility Group, including Goldcar.

‘Some of the things we’ve already achieved include clearer wording in our rental agreements and teams now being incentivised on customer satisfaction. The scale of the change required for a business that spans 88 cities across Europe, with staff working in seven different languages should not be underestimated.’

What to do if this happens to you

You car hire company must provide evidence of any damage and how the repair costs were calculated before charging the customer.

Similarly, it should provide an explanation and supporting documentation if unexpected charges are taken from your account.

If the company lies to you, or pressures you into making a purchasing decision you would otherwise not have made, or if it fails to provide adequate evidence for charges, or you dispute the evidence, you should complain to the car hire company. If that elicits an unsatisfactory response you can escalate the complaint.

If you paid by credit card you can make a claim against your credit card provider using section 75 of the Consumer Credit Act 1974. If you paid by debit card, you may be able to claim using the chargeback scheme.

Find out more: how to complain about your car hire company 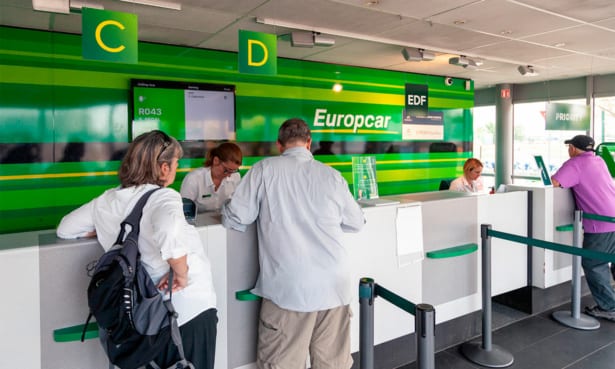 What is Which? doing about rip-off car hire practices?

Which? Travel has been working with Telegraph Travel to expose some of the worst practices in car hire.

We have called on the worst offending to car hire companies to improve their practices. Despite repeated requests, the two brands causing consumers the most problems – Goldcar and Europcar, have declined our offer for a face-to-face meeting. Europcar Mobility Group, which includes Goldcar as a brand, told us: ‘We feel it is premature to have a meeting this year whilst we are still consolidating a number of new changes and practices that have been put in place in recent months.’

Earlier this year Which? Travel presented the above evidence to the Competition and Markets Authority. It told us ‘The CMA is committed to taking action against market wide issues and has done a range of work in the car hire sector. In this instance it has referred Which?’s concerns and intelligence regarding Europcar to the appropriate Trading Standards Service in the UK and the relevant European authority’.

Sunshine and savings: 5 great-value holiday deals for Autumn and 2022