Buying a cheap smartphone used to mean sacrificing an enviable array of cameras and a seamless display. But the newest budget launches might make you question whether it’s ever worth spending a fortune on a smartphone again.

If you’re balking at the thought of splashing out hundreds of pounds on features you won’t often use, you’re in luck. Budget-friendly brands like Realme, Motorola and Honor are making that decision even easier to make.

All these phones have at least three rear cameras and a display that’s six inches or larger, which hardly sounds like a compromise.

We put them to test in our lab to see whether these challenger brands are really offering high-quality mobile phones for under £300. 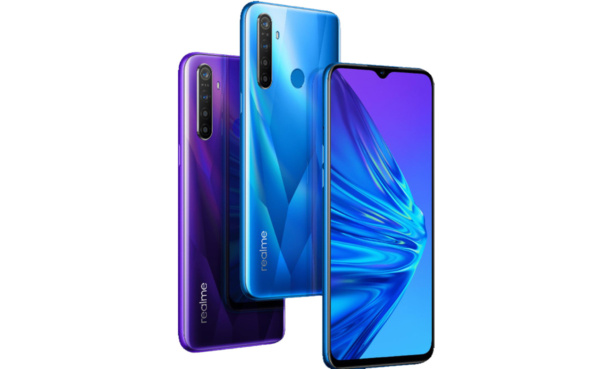 Realme has been launching high-spec smartphones for surprisingly cheap prices since it launched in Europe last year.

The Realme 5 has been hailed as the ‘entry-level king’ by the brand itself, and for under £150 it offers three brilliant headline specs. To start with, it has a mammoth 6.5-inch display, which is the same size as Apple’s iPhone 11 Pro Max, except it’s seven times cheaper. So if you just want a phone with a big screen, this is a tempting alternative.

On to its cameras, the front lens is a standard 13Mp, but if you turn it on its rear, you’ll find an incredible four-lens line-up: 12Mp main, 8Mp ultra-wide-angle, a 2Mp portrait camera and a 2Mp macro lens. Not bad at all for under £150.

If a phone with a good battery is your main concern, the Realme 5’s 5,000mAh battery should certainly be enough for you. Battery size doesn’t always guarantee performance, but it puts it in a good position.

This new brand definitely brings a lot to the table, but what would you be compromising with this smartphone? Read our Realme 5 first look review to find out. 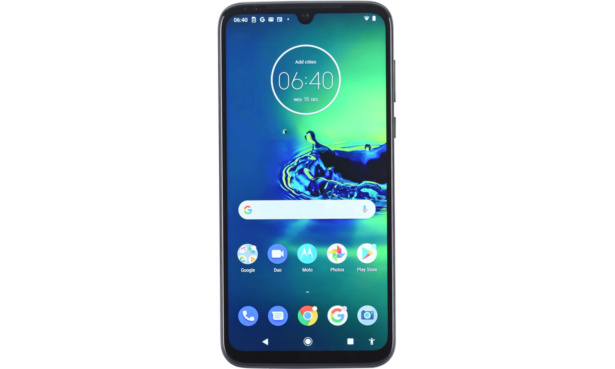 Motorola is no stranger to making cheap mobile phones, and with each new generation of its ‘Moto’ series, first launched in 2013, it continues to up the stakes.

The newest instalment to the roster is the Moto G8 Plus, a large display smartphone with an enticing camera. Its 6.3-inch Max Vision Full HD+ displays goes a little further than the 6.2-inch display on its previous generation, but the biggest strides are made with its cameras.

You’ll get a triple rear camera on this phone – a 48Mp wide angle lens, 16Mp ultra-wide-angle lens and 5Mp depth sensor camera (for taking portrait mode pictures) – which is a good upgrade from the dual lens you’ll find on the Motorola Moto G7 plus.

Underneath its hood, the Moto G8 Plus runs on the Snapdragon 665 processor, which, ironically, is the same you’ll find in its competitor smartphone, the Realme 5.

Its display and cameras sound great but Motorola is most known for its long-lasting batteries. We put this model’s 4,000mAh battery to the test at our labs. Head to our full Motorola Moto G8 Plus review to find out how it fared. 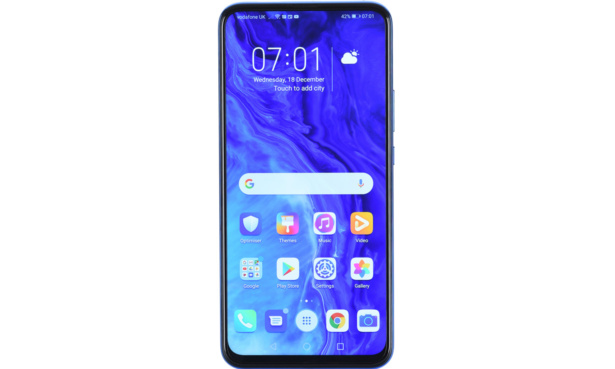 When Honor launched itself as a standalone brand, it served as the perfect affordable alternative to its premium sister brand. The 9X is a great addition to its line-up and you might be surprised at its price when you see its specs.

An innovative feature on this phone is the 16Mp motorised pop-up front camera, so you’ll get a full, uninterrupted display with a camera that appears only when you need it.

Speaking of its full display, this phone’s screen is one of the largest on the market, especially for its price: it has a 6.59-inch display, which gives the phone a brilliant 91% screen-to-body ratio. Considering that the phone’s screen is only 0.1 inches smaller than the Samsung Galaxy S10 5G‘s, we are very impressed.

Elsewhere, just like the Motorola Moto G8 Plus, you’ll find a triple rear camera on this phone. This includes a 48Mp main camera, an identical resolution to the Moto G8 Plus, an 8Mp super-wide-angle lens and 2Mp depth-assisting camera for taking pictures in portrait mode.

This model may be a bit pricier than the other two but it could be worth the extra money. To find out whether its performance in our tests measures up to how it looks on paper, take a look at our Honor 9X review.

If you want to see our shortlist of the highest-scoring budget choices, read our guide on the best cheap mobile phones.

Should you spend a little more on the Huawei Nova 5T? 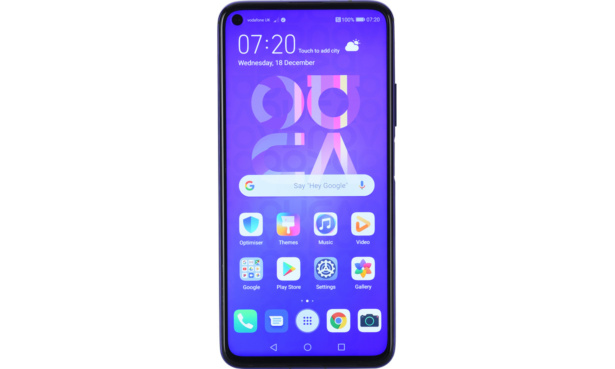 If you had to choose brands that make affordable smartphones, you’re unlikely to put Huawei on the list. Its biggest launches to date, the Huawei Mate 20 Pro and Huawei P30 Pro, both retail for well over £600.

But one of its newest devices breaks the chain of premium smartphones. The Huawei Nova 5T costs £350 and will give you a little more than you’ll get with the cheaper alternatives.

One incentive for spending a little extra on this model is Ram. Ram (random access memory) is the short-term memory your phone has to store information and perform tasks like opening apps and loading information as quickly as possible.

While all the budget smartphones we’ve discussed offer 4GB of Ram, the Nova 5T gives you a massive 6GB, which is what we’d typically see on premium smartphones. The more Ram a phone has, the better, so you can avoid annoying lag when using your phone.

The other perk of forking out a little extra on this model is, as you may have guessed, its cameras. Typically, the more expensive a phone is, the better its camera specs are, and the Nova 5T doesn’t buck this trend, although it does have similarities to some of the other smartphones.

It has a quadruple rear camera like the Realme 5, with a 48Mp main lens, just as the Honor 9X and Motorola Moto G8 Plus have. Its other three lenses are a 16Mp super-wide-angle lens, 2Mp depth-assisting lens and 2Mp macro lens, which neatly ties together what you’ll get on all three of the other smartphones. It’s front lens is also a far higher resolution of 32Mp.

Other than that, the Nova 5T’s 6.26-inch Full HD+ FullView display is dwarfed by all three of the cheaper models and its 3,750mAh battery also falls short of what they offer.

For more than twice the price of the Realme 5, can the extra spend on this phone be justified? We put the Huawei Nova 5T through our tests to see whether its performance makes it worth it.