You might be weighing up a contract against buying a handset and getting a Sim-only deal for your next phone purchase.

While contracts help spread the cost, there are distinct advantages to going Sim-free that show why this is an increasingly popular choice.

Read on to find out why Sim-only deals can be a better choice than a contract.

Browse the best mobile phone contract and Sim-only deals at Which? Switch Mobile

Many Sim-only deals run on a monthly basis, meaning you can cancel or change your contract far more easily than if you’re tied down.

This makes switching providers much easier and this sort of flexibility has its benefits:

Find out how easy it is to switch – read our guide on how to switch mobile provider.

2. Rebalance your data according to your needs

As times change, so do your data needs. Earlier this year, we found that with so many of us working from home using more wi-fi instead of mobile data, the amount of data we waste has shot up by 4GB a month.

Contracts commonly laud ‘big data deals’, claiming great value for mammoth limits that you may not even come close to using. This could mean you end up overpaying and it’s something that’s easy to avoid with a Sim-only contract.

In most cases, it’s easy to switch your monthly data allowance up and down as you see fit – usually through an app or your account page online, so there’s no need to enter into any tricky negotiations with the provider.

3. You can get great deals on handsets

Buying a phone outright means that you can shop around for a great deal. It’s common to find significant discounts on phones, especially if you’re happy with a handset that’s a year or so old and has been superseded.

You can also make big savings if you shop in the refurbished or second-hand mobile phone market – both in terms of selling a device you no longer need and as an option to purchase your next phone.

Bear in mind that the older the phone, the less time it has left to receive important security updates. Use our mobile phone support calculator to see how much life a handset you’re looking for has left. 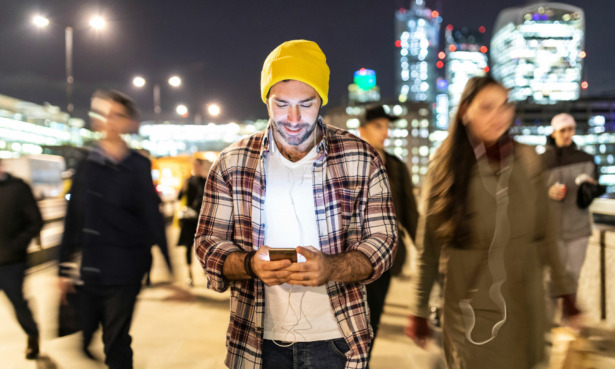 4. It often works out cheaper in the long run

There was a time when it was almost always cheaper to buy a phone outright and get a Sim-free deal. Contracts have become more competitive, but you’ll still often save more by choosing the more flexible option, even if you have to pay more upfront by purchasing the handset outright.

For example, you can currently get an iPhone 11 from EE with a 10GB airtime plan for £49 a month, plus £50 upfront. The same phone from Very Sim-free costs £549, and a 12GB airtime plan from Plusnet Mobile (which uses the same signal as EE) costs £8 a month.

That amounts to a saving of almost £400 over the two years and you even get 2GB extra data a month.

And even if you’re keen on a particular network, you could still save by going Sim-free. For example. the Samsung S21 with a 12GB airtime plan is available for £42 per month and £29 upfront from Three. You can get the same phone for £635 on Amazon with the same 12GB airtime plan, and save more than £100 for what is, essentially, the exact same thing.

Use our phone contract calculator to find out if a deal you’re looking at would work out cheaper on contract.