How to choose the best mobile phone yearly upgrade plan

Want to upgrade to the latest smartphone and avoid being tied to a long-term contract? Yearly upgrade deals promise to make it easy, but are they too good to be true? Find out how they work, and what you should watch out for.
MP
Martin Pratt
In this article

For most of us a 24-month mobile phone contract is the de facto way to spread the cost of a new mobile phone, but while smartphones are easily capable of lasting the two-year contract term, some people aren't.

If you find yourself scrambling to know every snippet of information about the next iPhone, or you've caught yourself being envious of your mate's new Samsung Galaxy phone, then you're probably susceptible to the allure of the yearly upgrade contract – but buyer beware, we’ve found that in some cases this could end up costing you over £500 more than alternatives.

Yearly upgrade plans are a relatively new concept for mobile phone providers, but it’s often difficult to work out exactly how much you’re paying, and whether they really represent a good deal. Here, we help you decide whether it’s the best choice for your next phone.

Find the Best smartphone from these models that aced our tests of smartphones.

What are yearly upgrade plans?

A yearly upgrade plan quite simply promises you can upgrade your phone after a year. To understand how this works, it’s useful to understand how a typical phone contract is structured.

Though it’s not always clearly explained, what you pay ‘per month’ on a phone contract is made up of two charges – the cost of repaying the phone over the length of the contract, and the cost of your included minutes, messages and data.

With yearly upgrade plans you still need to pay off the cost of the phone – or rather the remainder of the loan you received for the phone, before you can upgrade – it’s money that’s still owed to your provider. So it's important to know how this total monthly fee is split up.

O2 clearly breaks down the cost of the phone, showing you how much you’re paying up front (£9.99), how much it costs to pay off the phone itself (£29 per month) and how much it costs for your bundle, or airtime plan (£30 per month). The total monthly costs are detailed at the bottom. This makes it far easier to work out how much you're actually paying for the phone – simply multiply the monthly phone repayment portion by the length of the contract.

How do you pay off the remainder of your loan?

Some yearly upgrade contracts now offer novel ways to pay off the remainder of the loan you received for the phone – they ask you to send the phone back to them. The value of the phone at this stage has been calculated to be the same as the money you still owe them.

But be warned – you will only get the full value of your trade-in phone if it’s in good condition. If the phone has major scratches, a cracked screen or if it doesn't turn on, then the value of your phone could decrease by up to 80%, or if it’s significantly damaged, you won’t get anything at all.

If you’re not offered the chance to send your phone back to cover the remaining cost after a year, you simply have to pay what’s owed.

You can do this however you like – by selling or recycling the phone to raise cash, or simply by keeping it and just paying back the money. Of course, this does run the risk of you being out of pocket, depending on how much you manage to get for your old phone. We’ve found that quite often you’ll get less than half the initial value for a phone after a year – or half way through a 24-month contract.

Can you upgrade before a year?

In some cases, yes. Plans like O2 Refresh clearly split the amount you are paying for the phone, and the amount you are paying for your monthly minutes, messages and data. You can upgrade whenever you want – but you must pay off the rest of the money you owe for the phone. O2 offers a recycling service that it promotes to help you do this, but be wary of the fact that it may not cover the full cost, so this could be an expensive way to upgrade.

How much will your phone cost?

You might think that, since a provider is guaranteeing your custom for two years through your bundle, it won’t charge any extra than cost price for the phone – spread over the length of a contract. In practice, this is rarely the case. Since you’re effectively being given a loan, the total price is based on the interest and time-period over which you’re borrowing that money. Providers vary quite considerably on how much they ultimately ‘charge’ you for a phone on a contract – some offer interest-free loans, others charge a fair amount, so it’s well worth shopping around.

How much will your bundle cost?

The most important thing to know before setting up a contract for a new phone, or even choosing a Sim-only deal, is roughly how many minutes, messages and data you typically use. One of the biggest reasons people overspend on mobile phone costs is because they are paying for far more than they need, or in some cases, because they don’t have enough minutes and data and pay a set fee when they run out.

Most providers offer a wide range of bundles for mobile phone contracts, but this isn’t always the case with yearly upgrade deals. For example, EE will only let you take advantage of its Annual Upgrade on some phones with its 4GEE Max Plan, which offers a massive 40GB of data – far more than most people would actually use. In general, expect yearly upgrade deals to include high-data packages, which in themselves can be very expensive.

What else should you look out for?

Yearly upgrade deals often involve terms and conditions that may make them impractical or overly expensive. For example, they require you to take out a new 24-month contract after the first year in order to get a new phone, or require you stick to the same or a higher monthly cost, which could be particularly frustrating if you want to upgrade to a cheaper phone, or want less minutes or data.

Also, be wary of exactly how the costs are broken down. For example, Sky's Swap upgrade plan may involve you continuing to repay the phone after the initial 12 or 24 month period, depending on whether you decide to send the phone back to them.

How do you work out the best deal?

If you want the flexibility of being able to upgrade yearly, it’s important to know exactly how much you’re paying for the phone over the length of the contract, how much you might lose if the phone isn’t in good condition after a year, and that you’re not overpaying for minutes and data you won’t use. It’s best to start with the latter:

At the end of the day, if you feel you are overpaying for any particular aspect of a yearly upgrade deal – whether it’s far too many minutes, too much data, or an uncomfortably high interest rate, a yearly upgrade plan isn’t for you.

What are your other options?

The cheapest way to get a new phone is nearly always to buy it outright and get a 12-month, or a monthly Sim-only deal.

If this isn’t possible, consider investigating other ways to spread the cost – such as a credit card with 0% interest on purchases or transfers over a suitable period.

We’ve found that choosing this option can save a significant amount – depending on the phone and tariff you choose, over £500 for the duration of a typical contract.

The other benefit of Sim-only deals is that you can change your plan much more easily, allowing you to ensure you’re getting the best value for money. In addition, we've found that many Sim-only providers outperform the major networks when it comes to customer service and value for money.

To find out which mobile providers come out on top, visit our Mobile phone provider reviews. 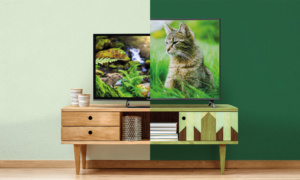