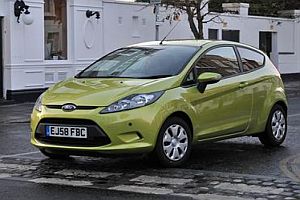 The bestselling car of 2011

We look at the 10 most popular new cars of 2011 and give you their Which? Car Survey customer satisfaction score.

According to the Society of Motor Manufacturers and Traders (SMMT), more than 1.94 million new cars were registered in 2011. That’s a decrease of 4.4% on 2010, although this is still ahead of forecasts.

It was a bumper year for diesels. For the first time ever they overtook sales of petrol engines, with a market share of 50.6% – compared to 48.1% for petrol. The remaining 1.3% is claimed by alternatively-fuelled vehicles, their highest ever year-end market share.

Dominated by superminis and medium-sized cars, the list is headed by Ford, which claims two of the top three positions with the Fiesta and Focus. The Vauxhall Corsa takes the third spot.

Help us report on which cars are the most dependable by filling in the 2012 Which? Car survey – it takes no more than 15 minutes for each car and you’ll be in with a chance of winning £10,000.

For the third year running the Fiesta hits top spot for number of new car registrations in a calendar year. When you consider its modern looks and relatively low running costs, combined with a top score of five stars from Euro NCAP for adult occupant protection, it is clear to see why the Ford is such a popular choice. Customer score: 81%

The Focus held the crown of best-selling model for a full 10 years until 2008. It’s still going strong this year, achieving the second highest number of new registrations, but being outperformed by its little brother. The Mk3 Focus, launched early 2011 is currently being sold in over 120 countries and ruling the roost over the medium class, including the Hyundai i30, Vauxhall Astra and VW Golf. Customer score: n/a (too soon to say) 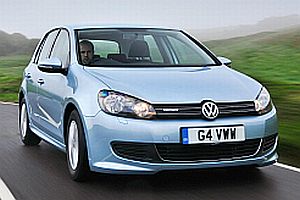 The 2006 model was becoming rather dated, so a facelift at the beginning of the year was exactly what was needed, helping the Corsa secure the final position on the podium. Being slightly larger than an average supermini ensures access to the front is good – even for tall adults who should have enough leg and head room. The driver’s seat can accommodate people up to about 2.0m tall. Customer score: 70%

For many years the Golf has been the benchmark when it comes to medium hatchbacks. The Mk6 is the latest model to hit the roads, with the 1.6 diesel proving to be the most popular. The Bluemotion engine achieved an impressive 68.9mpg in our tests. However, we think the best all-rounder is the 2.0-litre TDI diesel model with 140bhp. Customer score: 85% 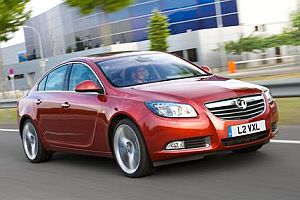 The Insignia is the only large car in the top 10

Vauxhall upped its game with the seventh generation of Astra and produced a model that looks and feels more dynamic and higher quality than its predecessors. This was much needed if they were to stick closely to Ford and Volkswagen in the medium class as the Focus and Golf continue to sell well. Unfortunately, poor reliability is still letting the Astra down. Customer score: 69%

The Insignia complete a trio of Vauxhalls in the top 10. Replacing the Vectra back in 2008, it is now the bestselling large car in the UK, beating the likes of the Ford Mondeo and Citroen C5. Be wary of depreciation before rushing out to join the many other Insignia owners – after 3 years and 36,000 miles it is likely to only retain around 35-40% of list price. However, this does mean there are deals to be had on nearly-new and used models. Customer score: 71%

With prices ranging from around £10,000 to £20,000, there are plenty of model options in the Polo range to choose from. Granted, these prices do appear to be steep compared to competitors, but the excellent build quality along with good resale values goes some way to justifying the initial cost. If you’re after an economical car you’d be hard pressed to find a more appealing model than the 1.2 TDI Bluemotion Polo, which achieved 74.3mpg in our tests. Customer score: 83%

Over a third of all BMWs registered in 2011 came from the 3 Series range, with the 320d Efficient Dynamics engine proving the most popular of all. Arguably the most prestigious badge in the top 10 and with a new 2012 model being released next month, the Three’s strong position should not be under too much threat. Customer score: 78% 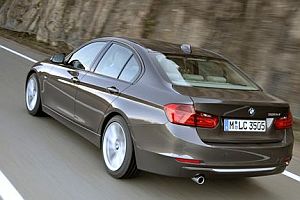 The 3 Series continues to impress

Every brand seems to have entered the crossover market over the last couple of years but none have been as successful as Nissan with the Qashqai. Popular for its unique design, the big downfall of this car has been poor reliability with many reports of suspension, brake and electrical problems, as well as minor faults and niggles. Customer score: 77%

The final spot goes to another supermini, not surprising considering this is the largest segment in the UK – accounting for over 36% of the market share. Although cramped in the back for passengers, the Mini hatchback is a fantastic car to drive, with great handling and a number of engines to choose from. We don’t see sales of this popular car declining much over the next 12 months. Customer score: 83%