The biennial Paris motor show is currently underway, with manufacturers from across the world showcasing their latest models.

Alongside the usual array of futuristic concepts and six-figure supercars, there are plenty of real-world models to get excited about. Below we round up the ones we’re most looking forward to. 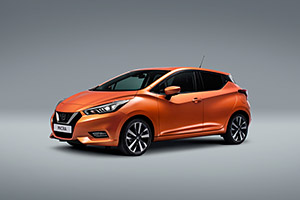 After years of languishing in the shadows of its European rivals, namely the immensely popular Ford Fiesta, Nissan has high hopes for its all-new Micra compact hatchback, which goes on sale early in 2017.

Underneath the sharply styled bodywork will be a brace of engines including a 0.9-litre turbocharged petrol and a 1.5-litre diesel. 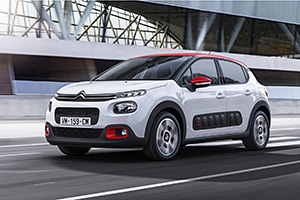 Another model joining the small car ranks next year is the brand new Citroen C3. It’s the brand’s first new small car since the DS3 – and the rest of the DS range – was split into a marque in its own right.

The C3 exhibits Citroen’s usual quirky design flair, and will be available with the external ‘air bumps’ that protect the paint work from minor scuffs, and were first seen on the C4 Cactus compact SUV.

We’re jumping behind the wheel of the C3 this month, so look out for our first drive report. 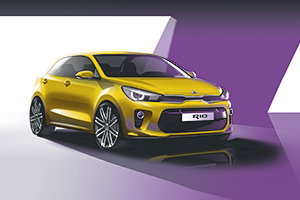 Having established itself as a serious player here in Britain, Kia is offering its latest challenge to the UK’s supermini market in the form of the new Rio.

With more grown-up styling than the current model, and with the brand’s trademark ‘tiger-nose’ grille, the Rio is undoubtedly handsome, but it’s under the skin that the biggest changes have been made, with a stiffer body and revised suspension claimed to offer improved comfort and handling. 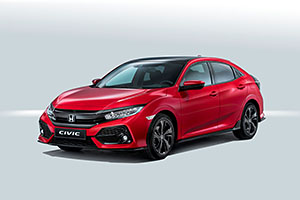 The larger medium hatchback market is no less hotly contested, and it’s Honda that has revealed the most intriguing contender with the new Civic.

The angular new model will initially only be available with a brace of petrol engines, including a 127bhp 1.0-litre turbo, along with a choice of manual and CVT automatic transmissions.

A 1.6-litre diesel is also likely to be offered in the UK late in 2017 along with a high-performance Type-R model. 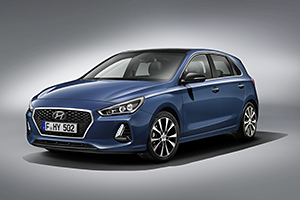 Unusually, given the instantly recognisable current model, Hyundai has played it safe with the styling of its latest i30 hatchback, with the aim of broadening its appeal.

Three petrol and three diesel engines will be offered, along with a new seven-speed dual-clutch automatic transmission as an option over the standard six-speed manual. In a first for the model line, a performance version called RN30 will join the range late in 2017.

In the market for a medium-sized car? Check out our best medium cars page for the best on the market. 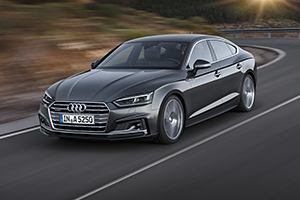 Following on from the unveiling of the two-door A5 earlier this year, Audi has lifted the covers off the latest ‘sportback’ model, destined to do battle with similarly upmarket four-door coupes such as the BMW 4 Series Gran Coupe.

It’s based on the latest A4 saloon, but has a swooping roof line for a sportier stance. Expect a cabin large enough for four adults, with luggage room to match, as well as a comprehensive range of efficient petrol and diesel engines when the A5 Sportback reaches showrooms early in 2017. 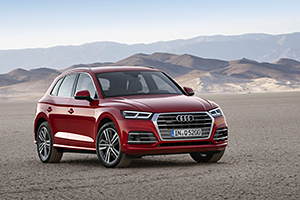 Audi is looking to emulate the popularity and success of the current Q5 compact SUV, with an all-new model that looks remarkably similar.

However, the familiar styling hides a raft of improvements, including a roomier cabin, a claimed 90kg weight saving – beneficial for handling and fuel economy – as well as upgraded technology, including Audi’s ‘Virtual Cockpit’ digital instrument display.

Selected models will also benefit from a clever four-wheel drive system, which disengages the rear wheels under normal driving conditions to save fuel. 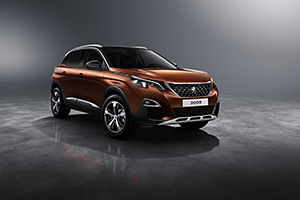 Peugeot’s oddly styed 3008 MPV has been reinvented as a compact SUV for 2017, and the French marque has the class-dominating Nissan Qashqai in its sights.

In a nod to this off-road outlook, the 3008 will be available with features like ‘grip control’ for improved traction in slippery conditions, as well as the usual raft of active safety features, including autonomous braking.

Order books are open now, with the first customer deliveries expected in January.

To see the models we recommend, check out our best compact SUVs page. 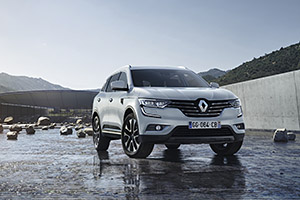 Completing its range of SUVs, Renault’s new Koleos goes on sale in the UK next summer.

Sitting above the Captur and Kadjar crossovers in terms of size, the Koleos focuses on practicality and passenger comfort, with a large rear cabin and a claimed 624 litres of boot space.

Unusually, given its size, it will only be available as a five seater initially, with no confirmation as yet that a seven-seat version will follow. 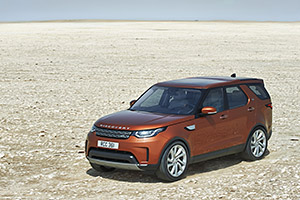 One of the most hotly anticipated models of the Paris show, the new Land Rover Discovery has finally been unveiled.

With a much softer, sophisticated look compared to the boxy model it replaces, the discovery has moved upmarket, though still focuses on usability, with a claimed 3,500kg towing capacity and Land Rover’s famed off-road ability.

This full seven seater arrives in showrooms in Spring, with prices starting from under £43,500.

You can see what we thought of the current model in our Land Rover Discovery review. 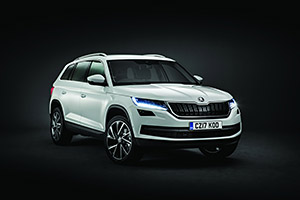 Another full-size SUV making its public debut is the Skoda Kodiaq – the Czech brand’s first seven-seat off-roader, which joins the smaller Yeti crossover in the model range.

It will be available with a selection of 2.0-litre diesel engines, as well as 1.4-litre turbocharged petrols. Four-wheel-drive will be an option, along with VW’s seven-speed DSG automatic gearbox. In keeping with the brand’s practicality focus, the Kodiaq boasts an enormous load space, reaching over 2,000 litres with the rear seats folded.