A year after the launch of the V6 box, the company’s first 4K-enabled model, Virgin Media has announced plans to offer it as a free upgrade to Virgin TV customers – no £20 activation fee, and no re-contracting. Customers will be able to install the box themselves, too, rather than having to wait on an engineer call-out.

It certainly seems a generous deal. Virgin Media claims the offer is to celebrate the installation of its one millionth V6 box in the UK since its launch in December 2016, stating that its best box shouldn’t just be for new customers. It also points out that, compared to standard Virgin Media TiVo customers, V6 users spend an average of two hours longer watching TV each week, are twice as likely to watch a box set, and record twice as many programmes.

It sounds like a great deal, but is there a catch?

PVR and set-top box Best Buys – Just want to see the best of the best? Then click the link to see all our highest-scoring reviews

How to get your ‘free’ Virgin Media V6 box upgrade

You’re probably just as sceptical as we were upon hearing the news. Well, unsurprisingly there are a few criteria to be met, but there’s a strong chance that you qualify anyway. Here are the boxes that need to be ticked:

Is the Virgin Media V6 worth upgrading to? 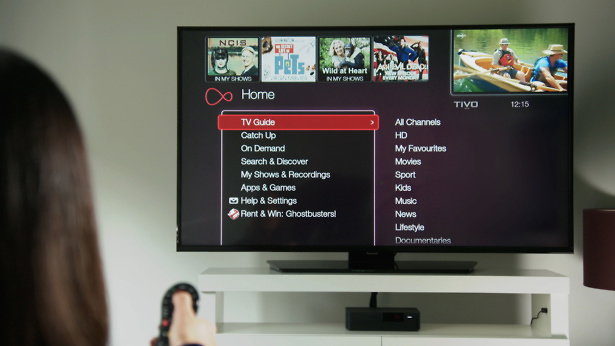 Oftentimes an upgrade doesn’t really feel like an upgrade. It can be a hassle replacing your old box only to find that the new one is awkward to use and doesn’t offer any new features. That’s not likely to be the case with the V6, though. Even if you don’t have the capacity to enjoy 4K TV, that’s not where the improvements end. It has a 1TB hard drive for storing recorded shows – twice the size of the TiVo box’s 500GB. It can also record six shows at once while you watch a seventh recording, or five shows at once while you channel hop. Again, that’s considerably better than TiVo’s ability to record a maximum of three at once. It also has app support, allowing you to watch your recorded shows on the go.

If you’re a Virgin Media TV customer who doesn’t yet use V6 then we’d strongly recommend you take the company up on its offer. If you’ve still got questions about the box then you can see how it performed at our PVR test lab in our full review.

You’ll need a 4K TV to make the most of your shiny new V6 – browse our pick of the best TV deals for January.