Fighting it out in our tough car tests we have the biggest battle of the year so far, with all-new versions of top-selling small hatchbacks the Ford Fiesta and Volkswagen Polo going head to head. The new Citroën C3 is getting in on the action, too.

And that’s not all. We also go upmarket with premium models from BMW and Audi, including the popular BMW 5-series Touring, performance Audi TT RS, and two versions of the Audi A5, the Cabriolet and five-door Sportback. But which one of these excelled and triumphed over its rivals?

We put each through their paces in our unremitting try-outs, to see if they’re practical, safe, fully featured and have the endurance to see you through. But are there any surprises in store? See which were victorious through the links below.

Looking to jump straight to full results? Check out our best cars to buy. 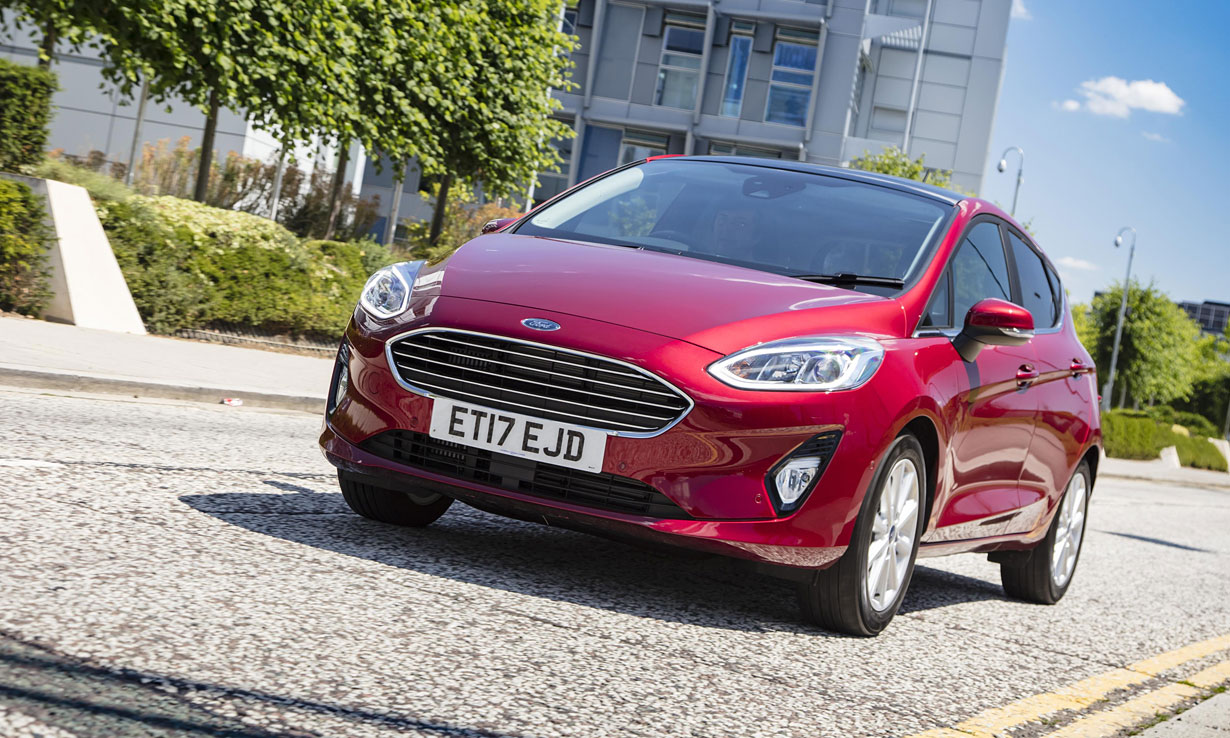 The Fiesta has dominated the small hatchback market for years, and Ford claims the seventh-generation Fiesta is the most technologically advanced small car around.

It has lots of trim levels, ranging from the entry-level Style to indulgent Titanium X, and also the performance Fiesta ST-Line with sports seats and sports suspension. There’s even a Vignale special version with a luxury interior, including extended leather upholstery and a panoramic sunroof.

Ford’s famed Ecoboost engines are here as well – with six petrol or diesel engines to choose from – which should provide a pleasing blend of power and fuel economy.

But with all the changes, is it still fun to drive, and does it have sufficient room compared with its rivals? See whether Ford has maintained its winning formula and kept ahead of the competition in our Ford Fiesta review. 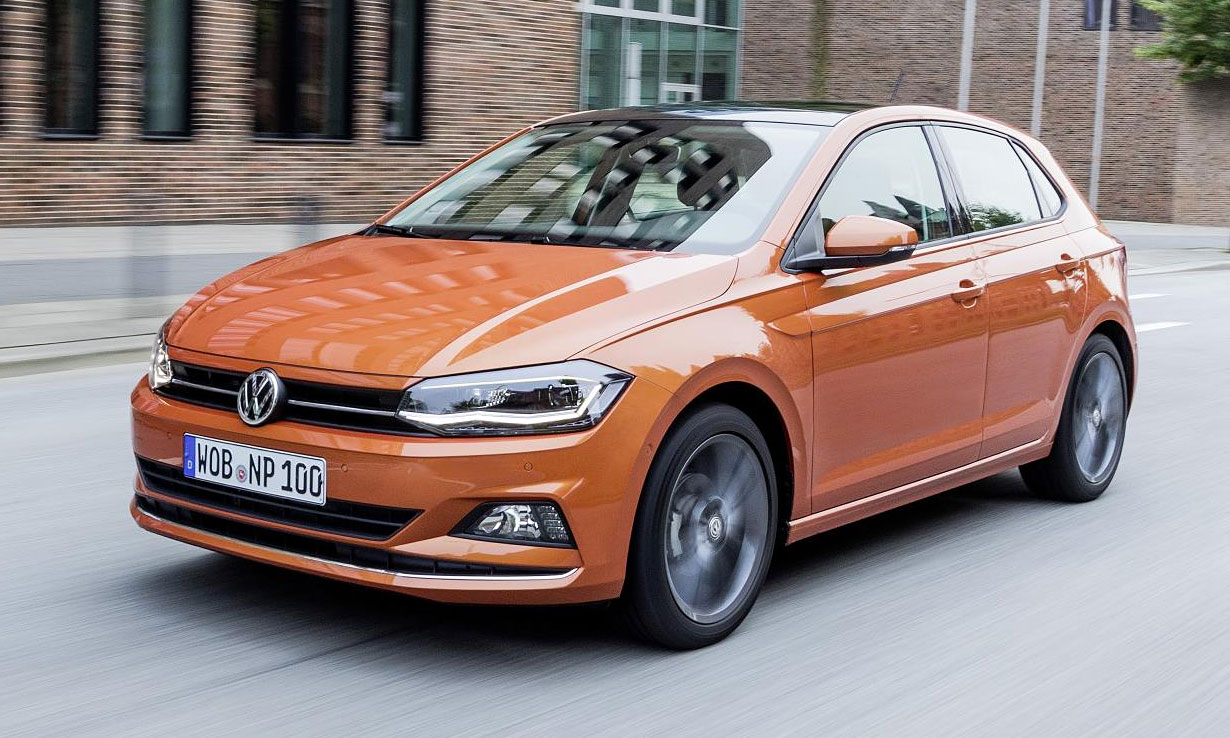 Biting at the Fiesta’s heels is the Volkswagen Polo, the latest in the long-standing model line that’s been around since 1975 and is now in its sixth generation.

It’s the largest Polo ever, now even bigger than the 2003 VW Golf.

With VW claiming it has a generous cabin and boot, it has a spaciousness to potentially threaten the Fiesta, which risks feeling cramped in comparison. Our tests reveal the truth.

Upgrade to the SE model and you get alloy wheels, more connectivity and a leather multi-function steering wheel. There’s even a ‘Beats’ model with a Beats By Dr Dre-branded sound system installed.

Other versions to consider include the SEL model, which adds sat nav, climate control and parking sensors, while the R-line brings sporty body upgrades and other racy design flourishes.

Volkswagen seems to be going the extra mile with the Polo. Does its practicality now finally give it the edge it needs to leapfrog the Ford Fiesta? Find out in our VW Polo review. 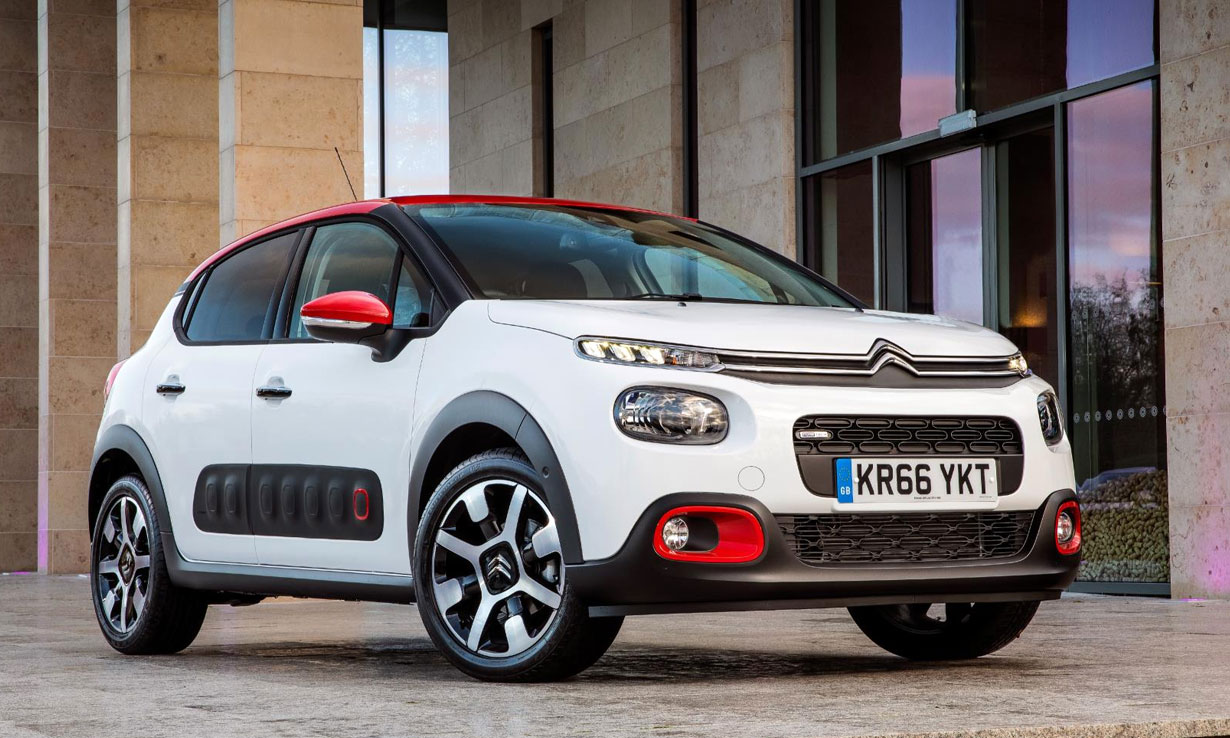 A five-door hatchback for those looking for something different, the Citroën C3’s funky styling allows for you to add your own personal touch, with a wide array of customisation options.

There are contrasting roof colours to choose from, as well as full exterior colour packs and a variety of optional interior trims to boot.

You get an upgraded stereo with Apple CarPlay and Android Auto in the ‘Feel’ models, as well as a 7-inch touchscreen, automatic climate control, alloy wheels and a two-tone roof.

The Flair option includes a built-in dash-cam, reversing camera, parking sensors, a leather steering wheel and ‘Airbump’ side protection fitted to the front and rear doors.

Is this the small hatchback to go for if you want to boldly stand out from the crowd? Find out how it fared in our extensive workout by reading our Citroën C3 review.

Also check out the raised-height SUV version in our C3 Aircross review. 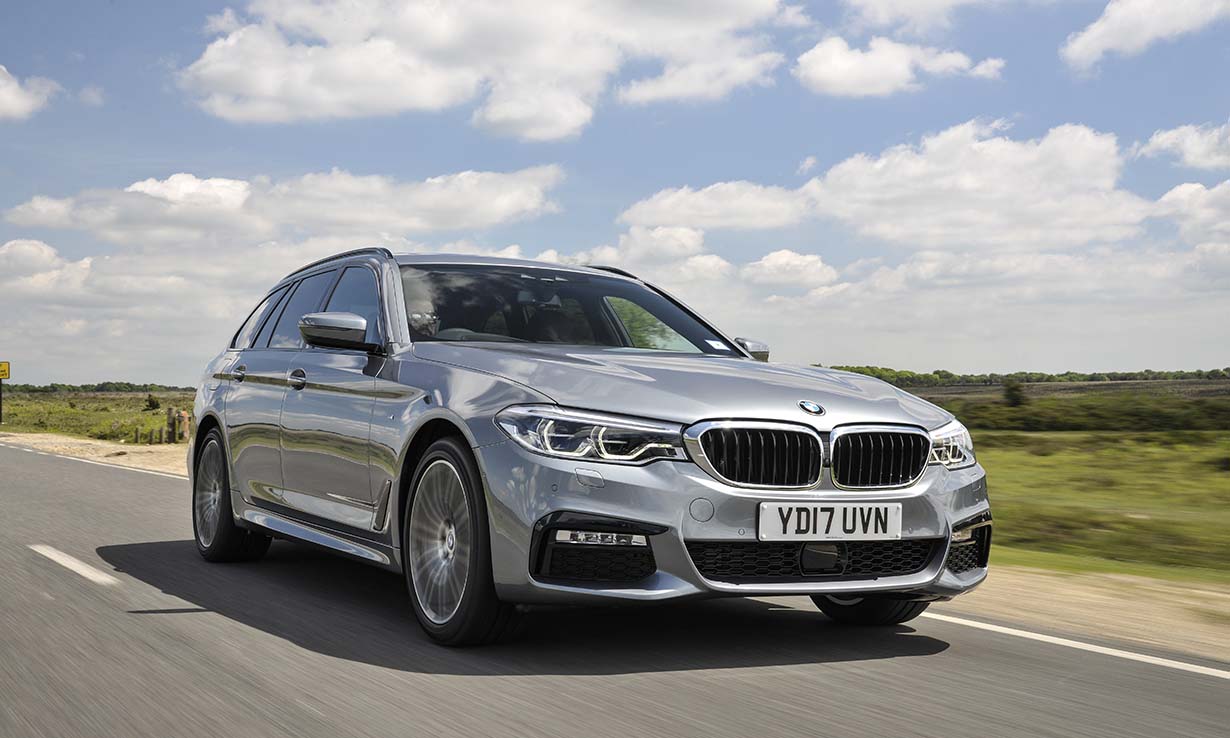 The estate version of BMW’s latest-generation luxury model and the largest estate it makes, the BMW 5 Series Touring has more luggage space and even better fuel economy than ever, according to BMW.

Competing against the Jaguar XF Sportbrake, Audi A6 Avant, Mercedes-Benz E-Class Estate and Volvo V90, it shares its mechanical underpinnings with the 5 Series saloon. As with all models in the range, it comes with an eight-speed automatic gearbox as standard.

A wide choice of engines is available, including petrols and diesels in both four and six-cylinder versions. Unlike the BMW 5-Series saloon, there’s no plug-in hybrid variant.

As you’d expect, there’s plenty of space for luggage and people. You have the option to choose all-wheel drive on some versions, as well as ‘active’ four-wheel steering.

But can such a large, premium car really have such great fuel efficiency as BMW claims, and can something so large really be fun to drive? We reveal whether this is your next dream car in our BMW 5-Series Touring review. 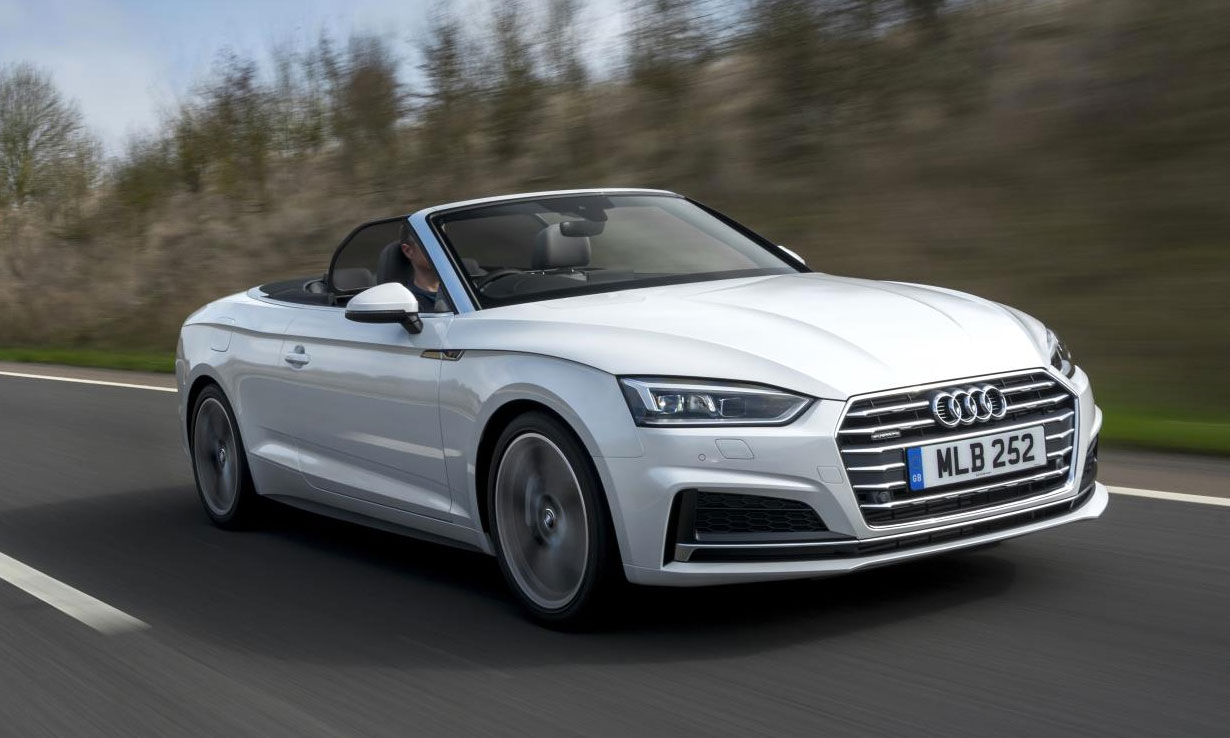 Combining elegance and luxury with the dynamics of a sports car, the Audi A5 Cabriolet is the two-door convertible version of the Audi A5 large car.

Now in its second-generation, it has an elegant fabric roof for open-top motoring, and rivals the BMW 4 Series Convertible and Mercedes-Benz C-Class Cabriolet.

It is one of three versions of the Audi A4-based A5 model, alongside the three-door Coupé and five-door Sportback.

Front-wheel drive comes as standard, and there’s also the option of ‘Quattro’ four-wheel drive, which is included standard on the 3.0 TDI 286hp model.

Audi is known for its finely crafted convertibles and stylish cabins. On a less positive note, it’s also known for its recent Audi recall.

Recall aside, could this be the perfect mix of convertible luxury, fun driving and practicality? We give our verdict in our comprehensive Audi A5 Cabriolet review.

If you’re looking for a bit more performance from the car, check out our review of the pricier five-door Audi S5 Sportback. 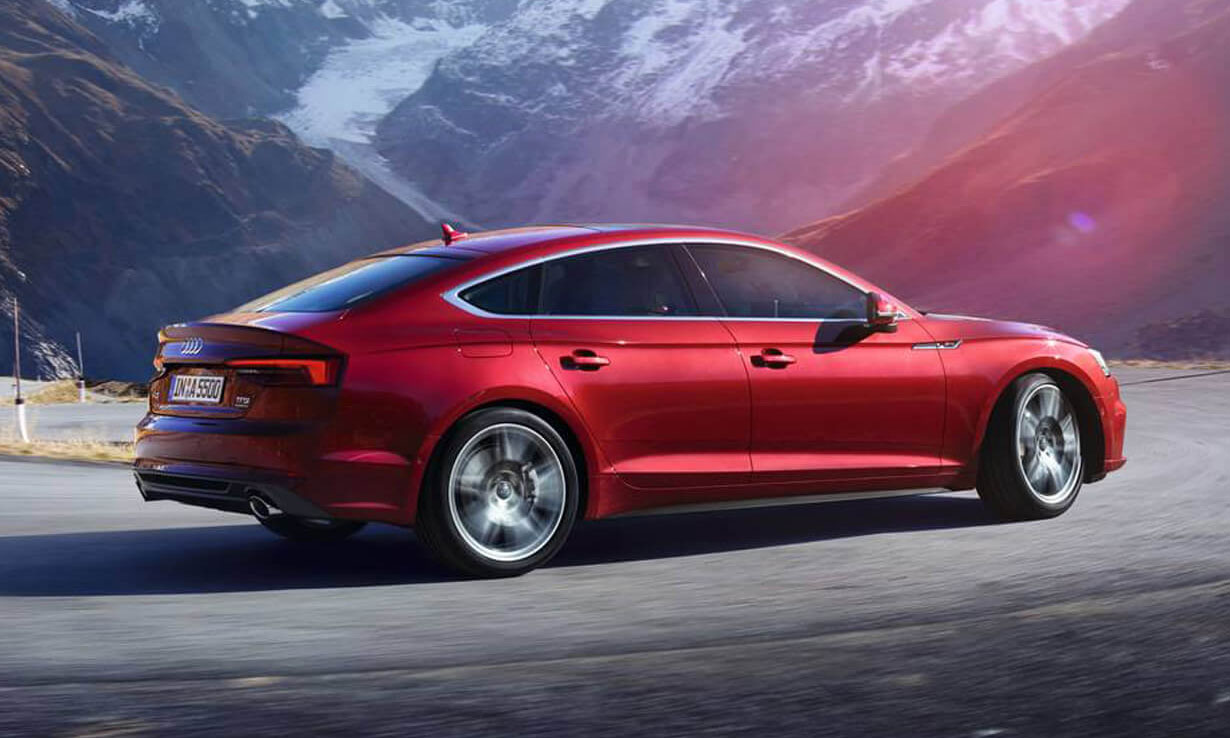 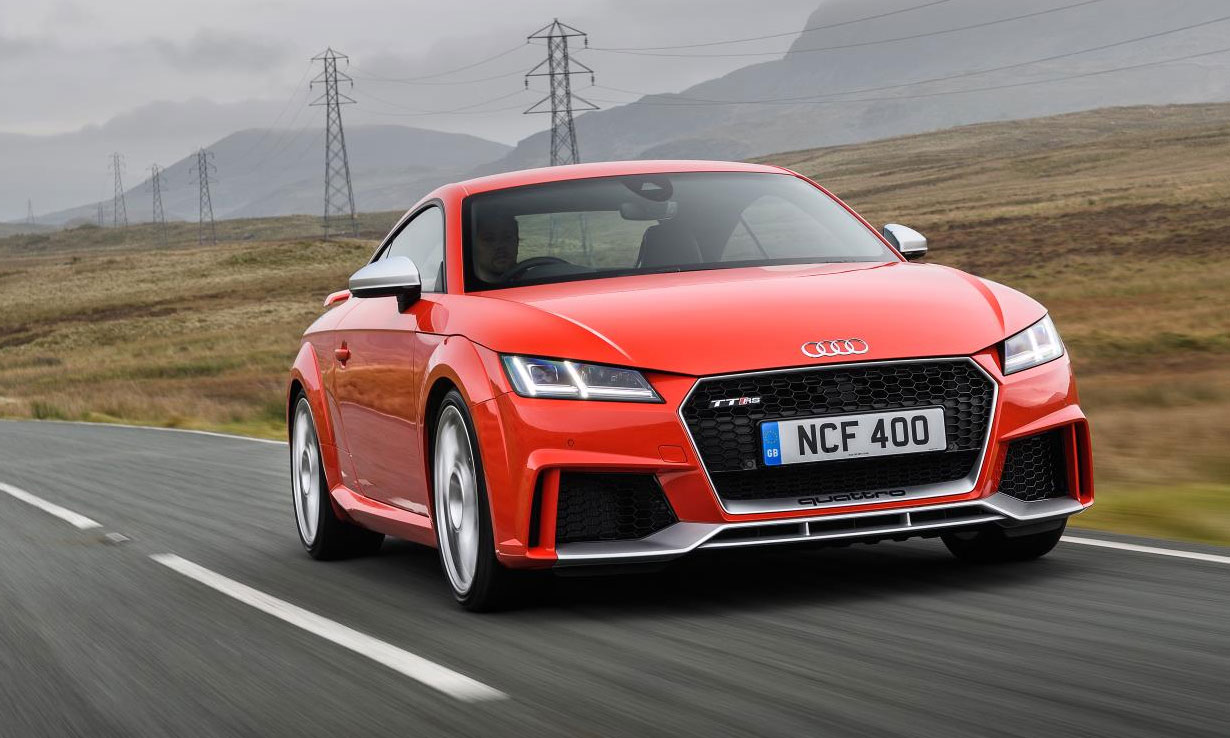 The very top of the Audi TT range, the TTRS is the high-performance version of the regular hard-top TT sports car, retaining the same 2+2 seating layout.

A product of the Audi Sport division, it abandons the 2.0-litre engines of the standard Audi TT RS in favour of a heavily turbocharged, five-cylinder 2.5-litre petrol engine with no less than 400hp.

This power is sent to all four wheels through a seven-speed twin-clutch gearbox. It’s available in both Coupé and convertible body styles, with the latter having an electrically folding cloth roof.

It comes with an extensive list of top-tech to choose from, such as magnetically variable sports suspension that can be used to alter the firmness of the ride at the touch of a button, ceramic brakes and the option – for track use – to have the top speed limiter raised from 155mph to 174mph.

But is this lust for sheer power matched by it being fun and easy to drive – even for less experienced drivers? We give it a spin in our Audi TT RS Coupé review.