This week saw the opening of one of the most important events in the global motoring calendar: the Geneva Motor Show 2018.

With no homegrown car industry to speak of, Switzerland is neutral turf for the world’s carmakers to show off their latest models to the assembled masses.

As you may expect, there’s enough futuristic concepts, knee-high sports cars and outlandish technical demonstrators to keep even the most ardent car fan happy.

But, like a high-end fashion show, it can be hard to see how many of the attention-grabbing designs on display are going to work in the real-world, where the desire for exotic engines or doors that open upwards is trumped by the need to accommodate children, excel at commuting and not guzzle from the fuel pump.

Ready to buy? Head over to our guide to the top cars of 2018, to discover the models we recommend. 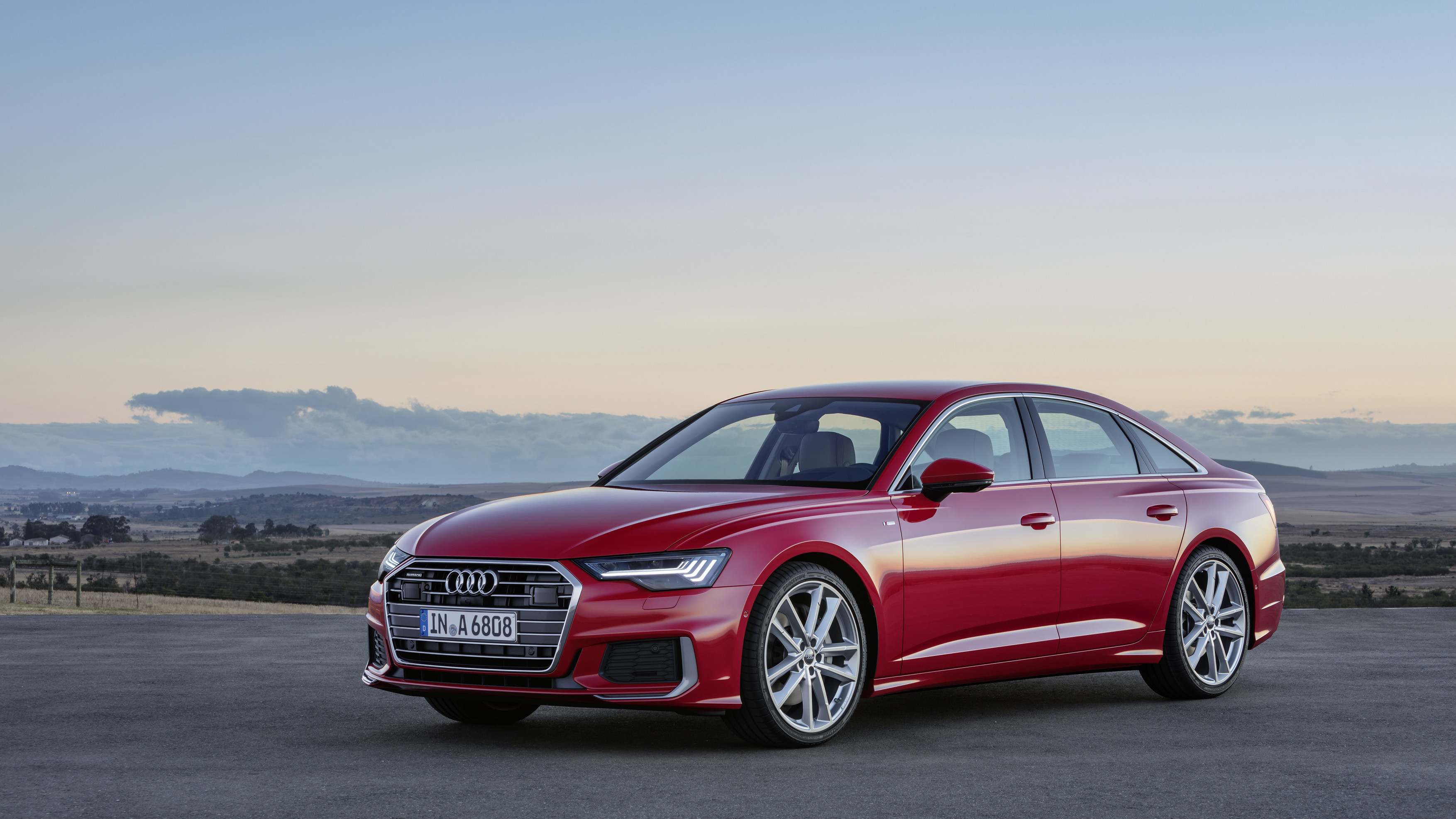 Audi’s all-new A6 luxury saloon has been a long time coming. The outgoing model has had to battle against new versions of arch rivals the BMW 5 Series and Mercedes E-Class for well over a year.

Despite the blink-and-you’ll-miss-it styling changes, this is a brand new car. Prices will be announced closer to its showroom debut in June, but we expect the new A6 to uphold Audi’s ‘progress through technology’ mantra.

Every model will be available as standard with a mild-hybrid system to boost performance and potential fuel economy. Expect an ‘Avant’ estate version to follow in due course, too. 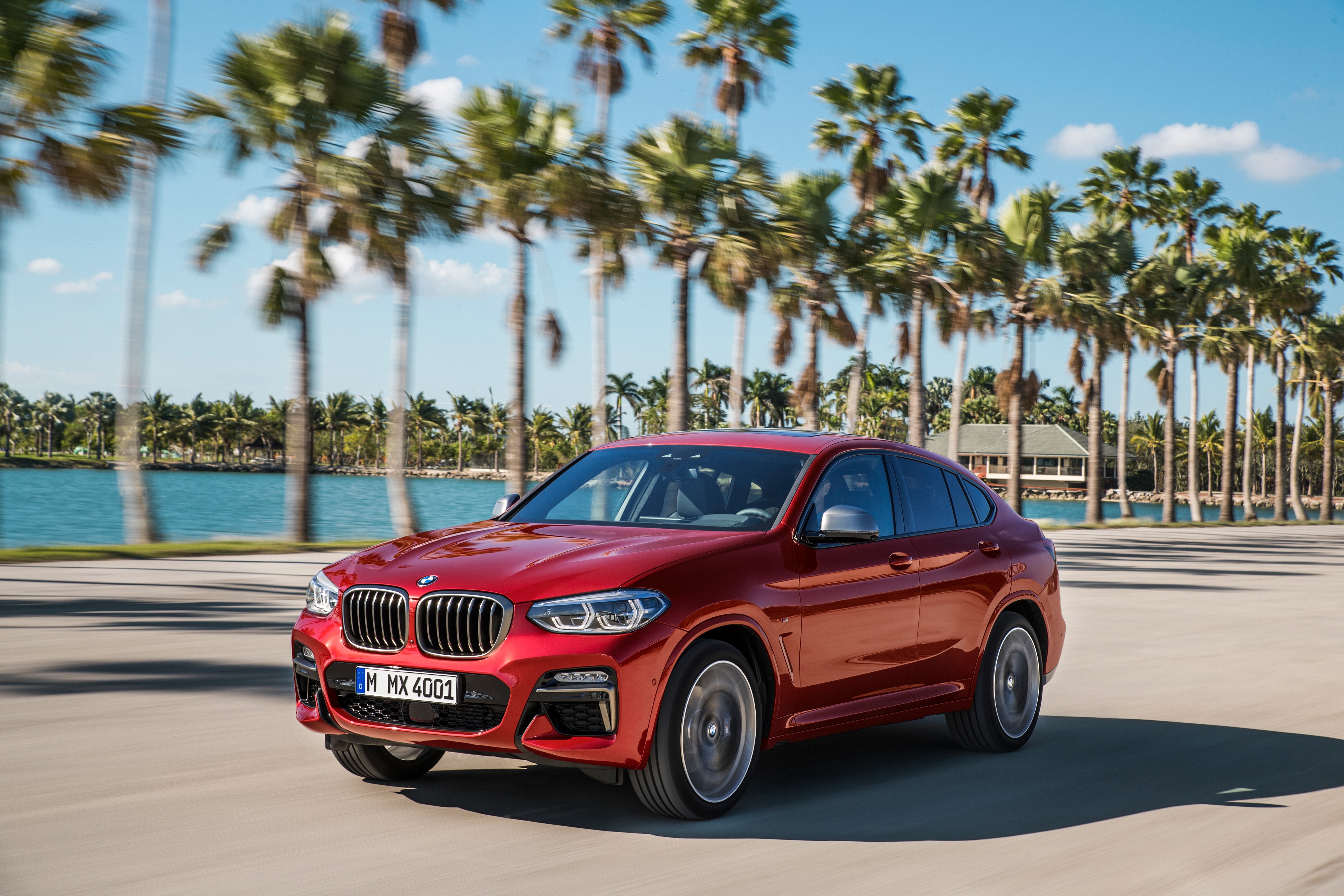 Following on from the launch of the all-new BMW X3 compact SUV comes the inevitable ‘Coupe’ version. The new X4 follows the same recipe as previous iterations: swoopier rear styling and mildly lowered suspension over the X3, giving a more sporting aesthetic. Rear seat and boot space does take a slight hit in the name of fashion, though.

Despite making its public debut this week, order books for the new X4 are already open, with prices starting from £42,900.

From launch, only diesel engines will be available: a 190hp 2.0-litre and a 326hp 3.0-litre. Petrol versions, including a performance ‘M40i’ version, are expected soon after the car’s showroom launch.

As with the X3, BMW will fit all models as standard with an eight-speed automatic gearbox. 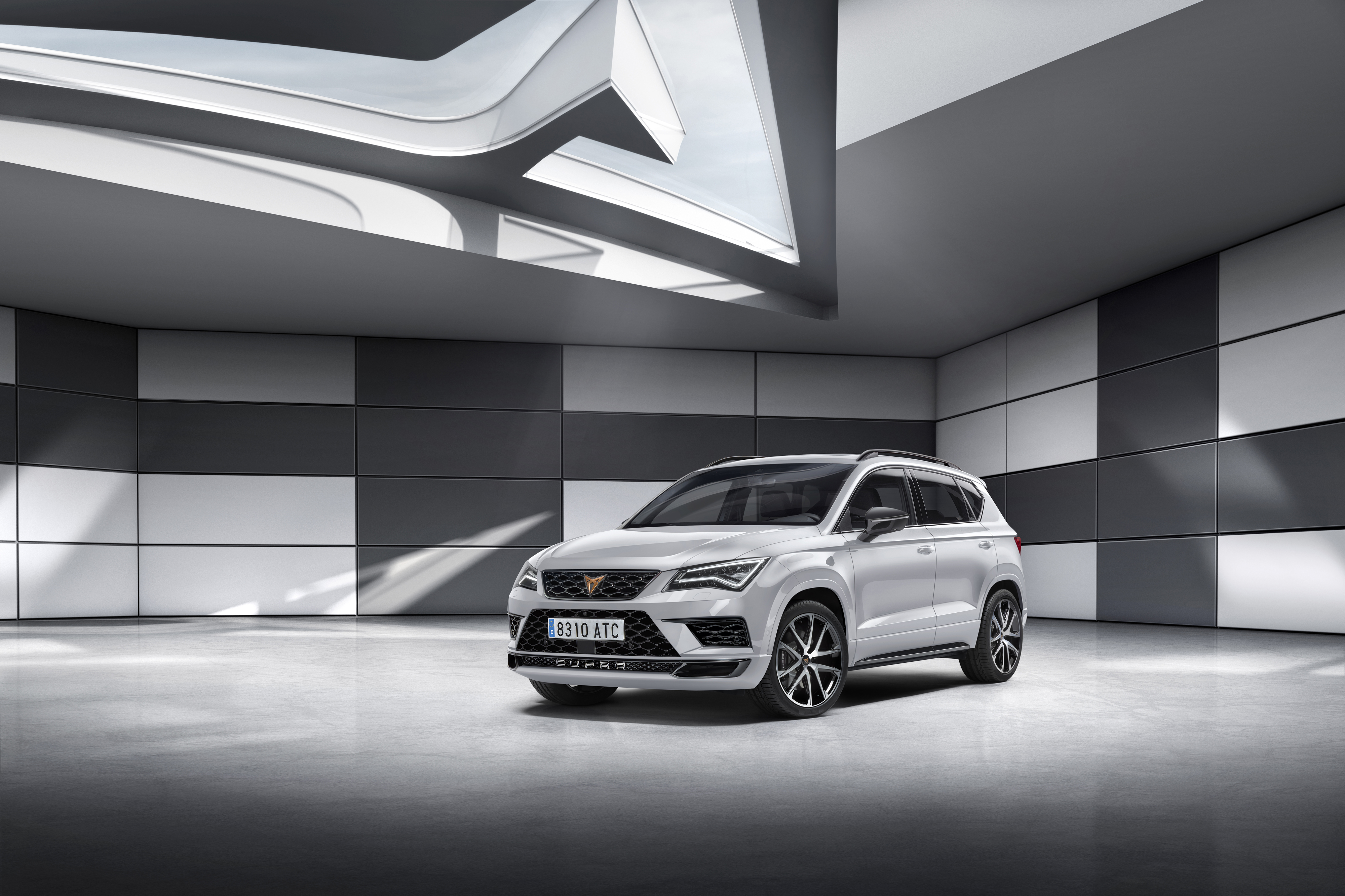 Seat has launched a new performance sub-brand, named Cupra, under which all of its future go-faster models will be sold. The first new car, receiving its initial outing at Geneva, is the Cupra Ateca. It’s a 296hp version of one of our testers’ favourite crossovers, the Seat Ateca.

As befits a performance range-topper, the Ateca gets aggressive styling details inside and out, including gloss black trim, unique front and rear bumpers, quad exhaust pipes, figure-hugging sports seats and metal-finished pedals.

Power is provided courtesy of a 2.0-litre turbocharged engine mated to a seven-speed twin-clutch automatic gearbox and four-wheel-drive. Full price and specification details will be announced closer to the Ateca’s UK launch towards the end of the year. 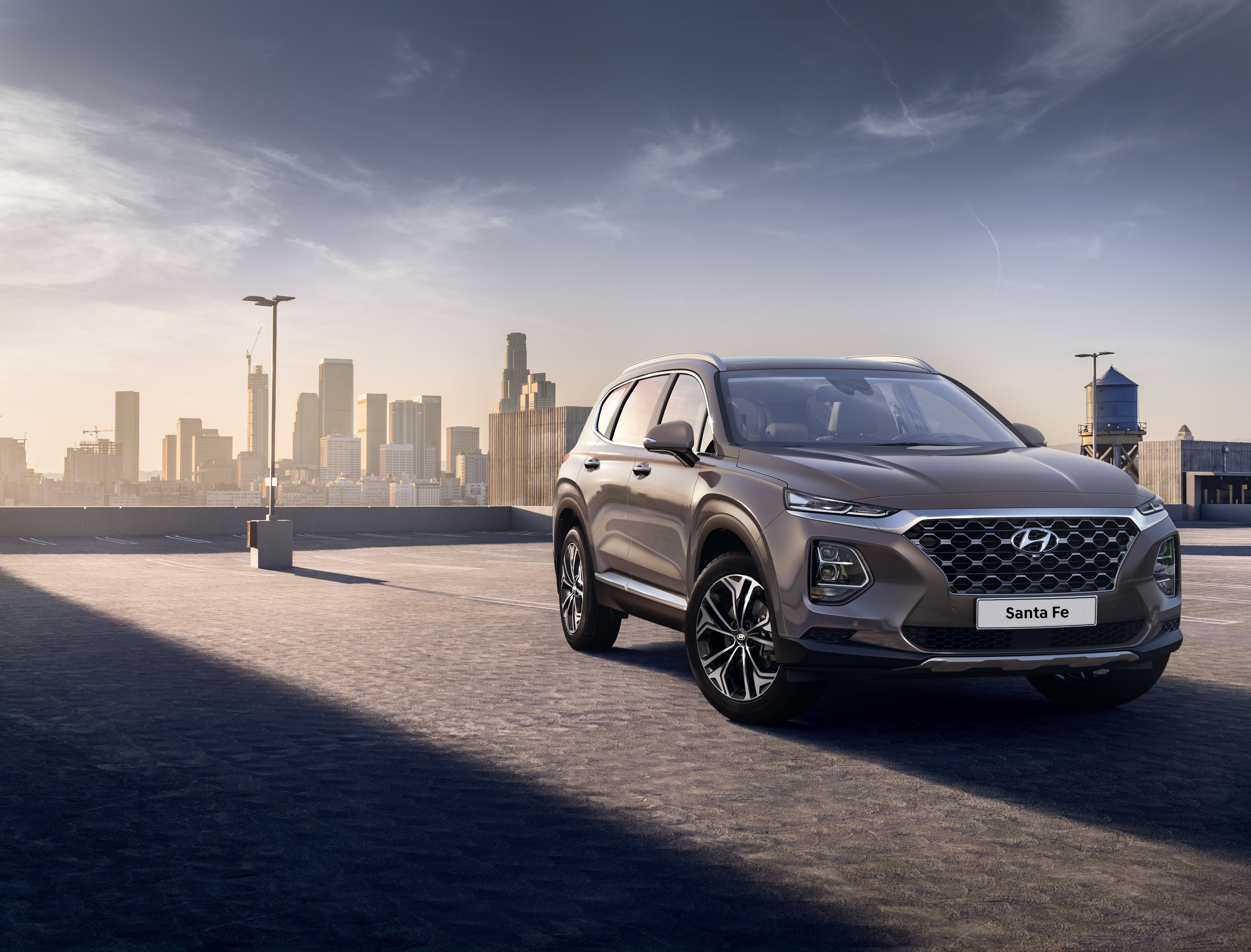 Hyundai’s full-size seven-seat SUV has now reached its fourth model generation, which has just been unveiled at the Geneva show.

Most notably, the styling of the Santa Fe has been altered to more closely match new models such as the Kona crossover, with thin headlights framing an imposing grille. The more purposeful design is continued at the rear with a new bumper and tailgate, and even a roof spoiler for a touch of sportiness.

Aside from retaining its spacious, seven-seat layout, the Santa Fe’s interior has been overhauled and features a newer ‘floating’ information display and improved quality switchgear, as seen on new i30 hatchback.

Full specs are yet to be confirmed, but all models will come with a 5-inch display and Bluetooth connectivity, with Apple Carplay/Android Auto also available.

There’ll be improved active safety kit, too, including Hyundai’s ‘Safe Exit Assist’, which temporarily locks passenger doors when it detects an approaching car, to prevent the door accidentally being opened into its path.

Just which engines we’ll receive in the UK is also yet to be confirmed, but we’d expect a version of the current 2.2-litre diesel, as well as turbocharged petrol options to be offered soon after launch. 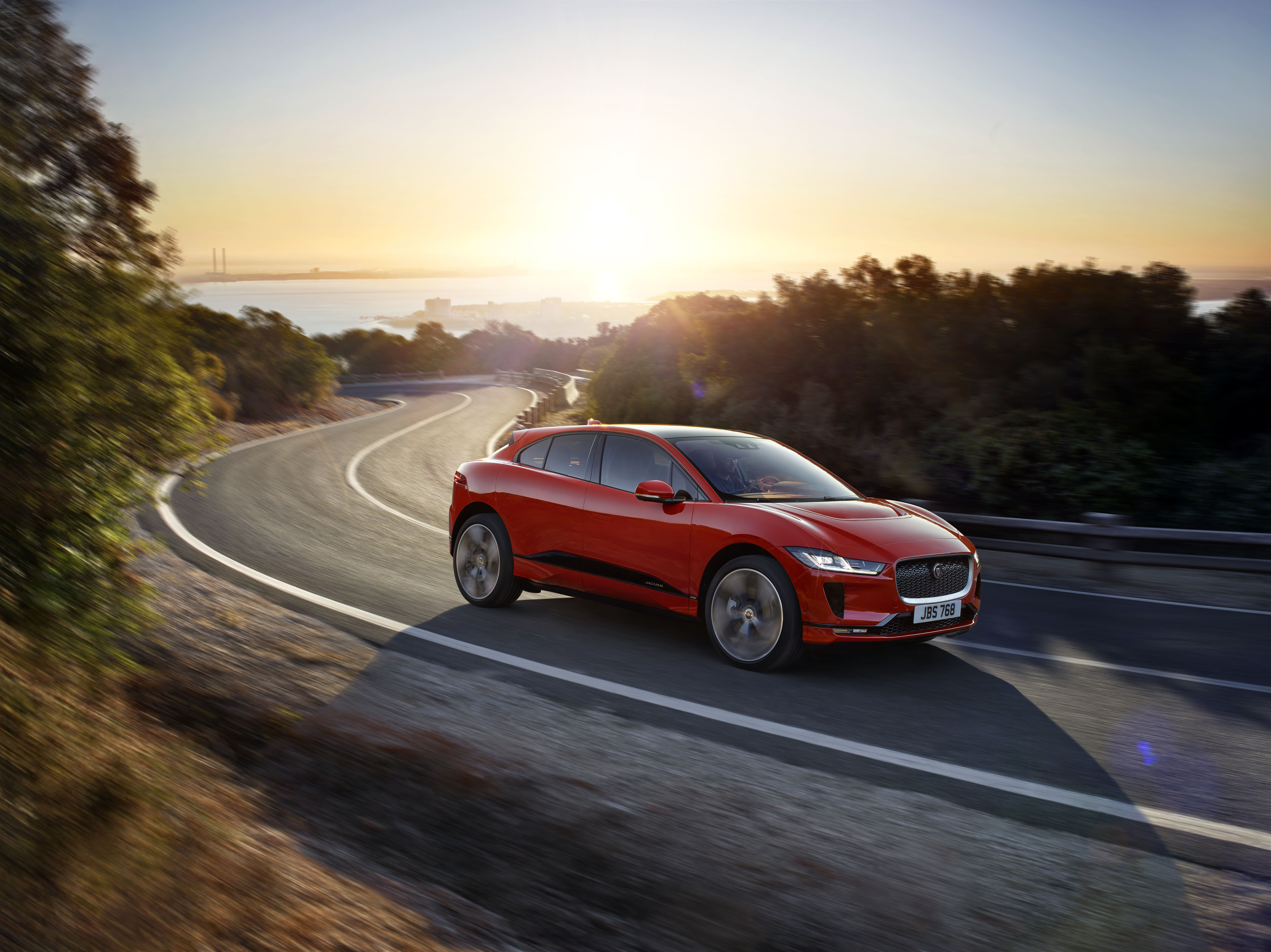 Jaguar’s I-Pace is an all-electric mid-sized SUV, which, when it arrives in early 2019, will provide a launchpad for an entire range of electric and hybrid vehicles from the brand.

The new model is something of a coup for Jaguar, as it is the first established luxury marque to release a standalone electric model, instead of simply a battery-powered version of an existing model.

Powered by a 90kWh battery, the I-Pace manages a claimed 298 miles (on the newer WLTP test cycle) between charges, making it competitive among the best electric models currently available.

It’s also four-wheel-drive, thanks to electric motors on each axle, for added security in adverse conditions. 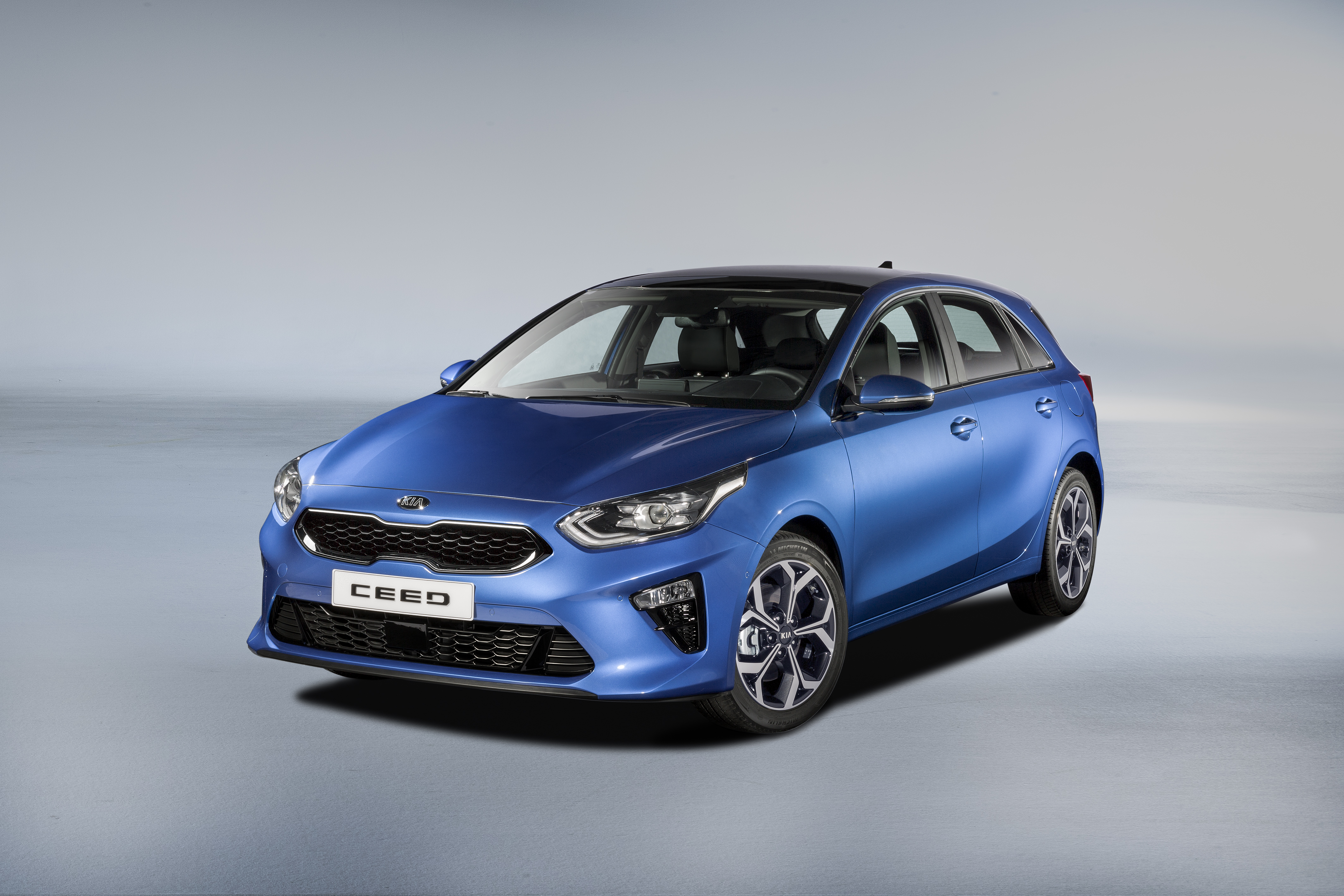 With each successive generation, the Kia Ceed hatchback has become a force to be reckoned with in the medium hatchback market.

Now, badge snobbery aside, there’s little reason you shouldn’t shortlist one alongside market heavyweights such as the VW Golf and Ford Focus, especially given Kia’s industry leading seven-year/100,000-mile warranty.

So what does this new model bring to the party? Well, aside from dropping the absurd apostrophe, the new Ceed is both longer and wider than the model it replaces, which should equate to more interior space.

The styling is slightly more chiselled than the outgoing model, to give it a more athletic appearance. This is complemented by wide pillars and sharp crease lines that run the length of the car. The interior will be familiar to current Kia owners, with entertainment and climate controls logically ordered and easy to find.

A wide range of engines will be offered. This includes the current 1.0-litre petrol, as well as a new 1.4, which replaces the 1.6-litre motor of the old car. Two versions of the current 1.6-litre diesel engine will also be available.

Prices are yet to be confirmed, but will be announced closer to the Ceed’s customer launch this summer. 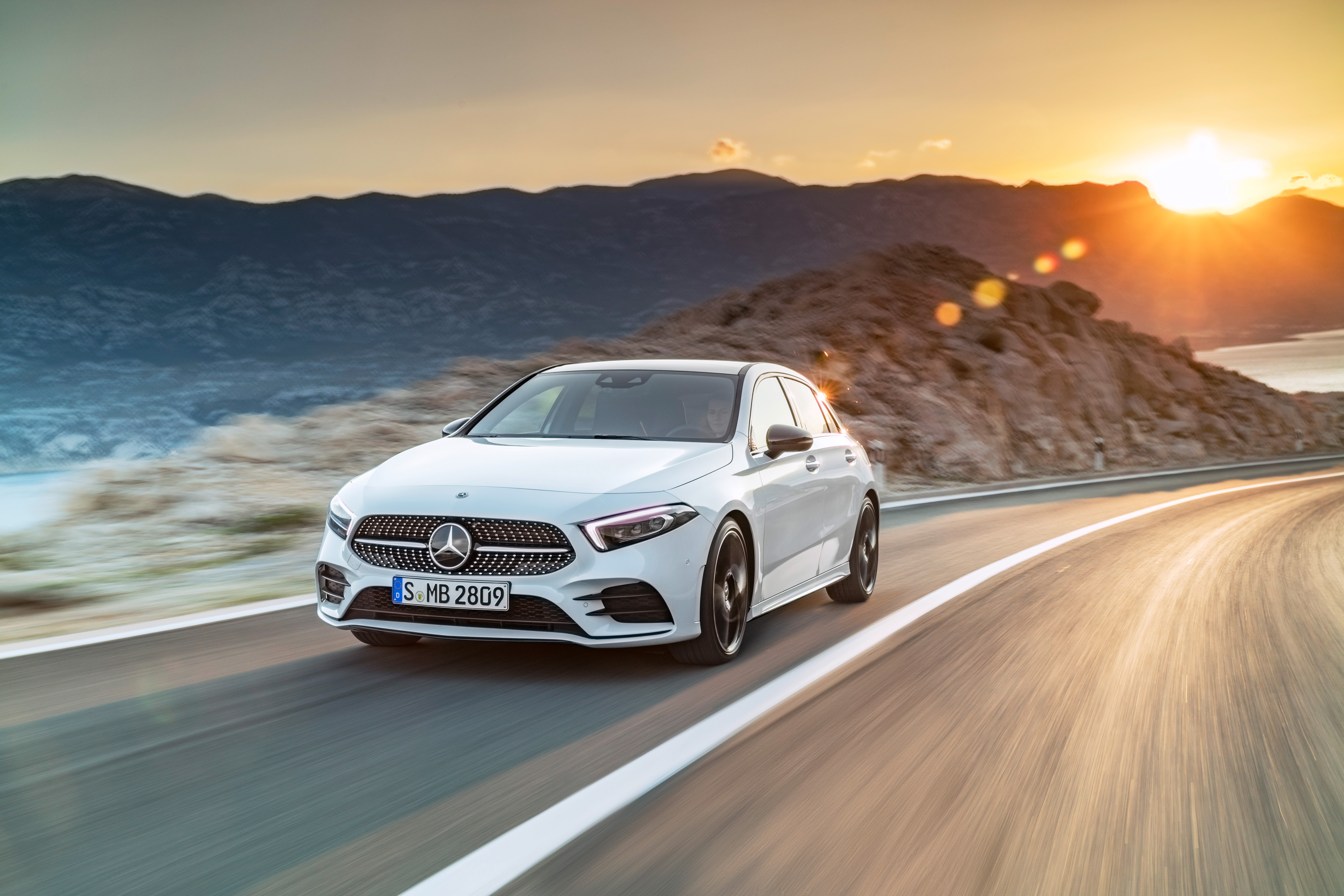 Once upon a time the Mercedes A-Class had the premium medium hatchback market (nearly) all to itself. Now, though, it faces strong competition from rivals such as the BMW 1 Series and Audi A3, as well as newer alternatives such as the plush Volvo V40 and the perennial VW Golf, which itself is more upmarket than ever.

For its all-new A-Class, Mercedes is keen to reassert itself as king of the posh hatchback hill with this sharply sculpted evolution of its small car design.

It’s not just its looks that the A-Class hopes to seduce you with. The interior has been redesigned to incorporate some of the high-technology seen on the brand’s most exclusive limousines, including the enormous dual-screen display first seen on the Mercedes S and E-Class luxury saloons.

At launch there will be a choice of 1.5-litre diesel and 1.4- and 2.0-litre petrol engines. Order books are open now, with prices starting from £25,800. The first customer cars are expected for delivery in May. 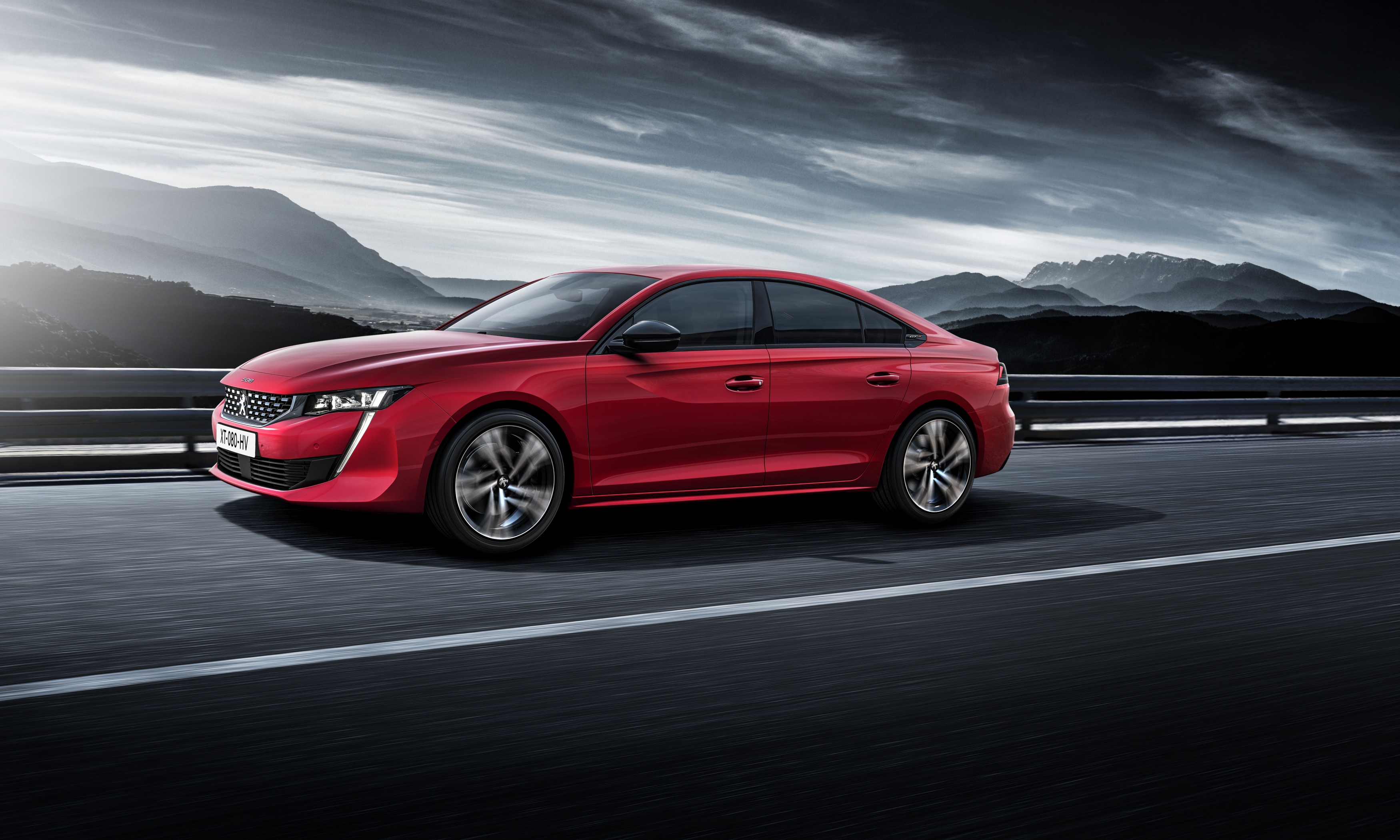 Car buyers might be flocking to compact SUVs in their droves, but Peugeot is hoping to prove that there’s life in the traditional four-door family saloon yet. And when it looks as good as the new 508, it’s hard to disagree.

The new model takes a much less conservative design approach than before, with striking headlights and a tapered ‘fastback’ roofline. The interior is similarly striking, with two large digital displays and Peugeot’s quirky small steering wheel.

The 508 is initially expected in showrooms this autumn, offered with a 225hp petrol and 180hp diesel engines. New underpinnings mean that a plug-in hybrid version is expected to join the range of conventional powertrains by the end of 2019.

We reveal the best (and worst) small SUVs and crossovers for 2018. 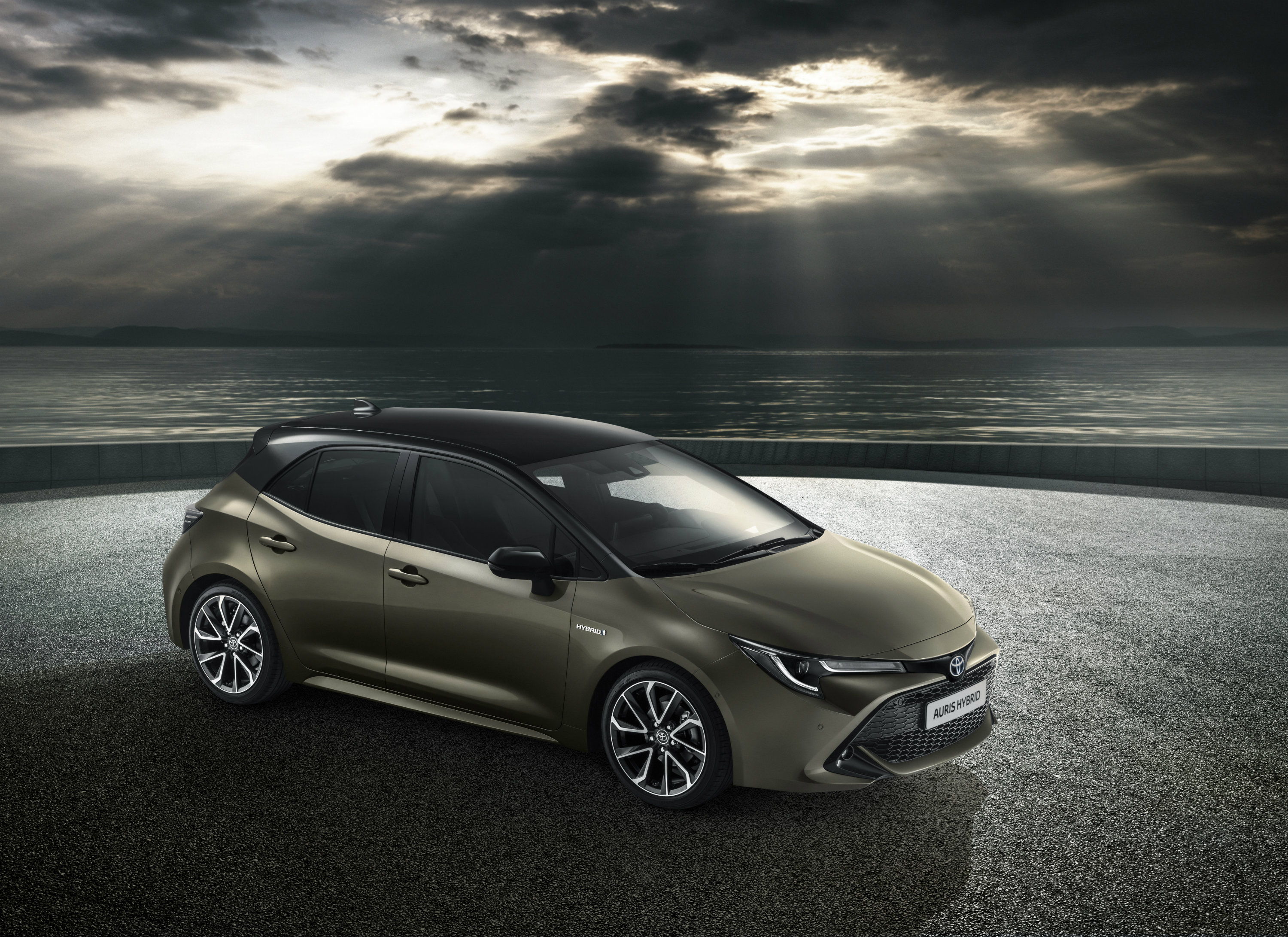 Toyota lifted the covers off the all-new Auris medium hatchback at the Geneva show. The car, which will continue to be built at the brand’s Derbyshire factory, will be a direct competitor the new Kia Ceed when it goes on sale early in 2019.

Having already banished diesel engines from the entire Lexus range, Toyota is slowly eliminating it from its mainstream models. Instead, the new Auris will be available with a choice of hybrid drivetrains – a 1.8-litre with 123hp and a 2.0-litre developing 180hp – as well as conventional turbocharged petrol engine.

While it’s not yet been announced, we’d expect a replacement for the popular Auris Touring Sports estate to be announced soon after the hatchback model reaches showrooms. 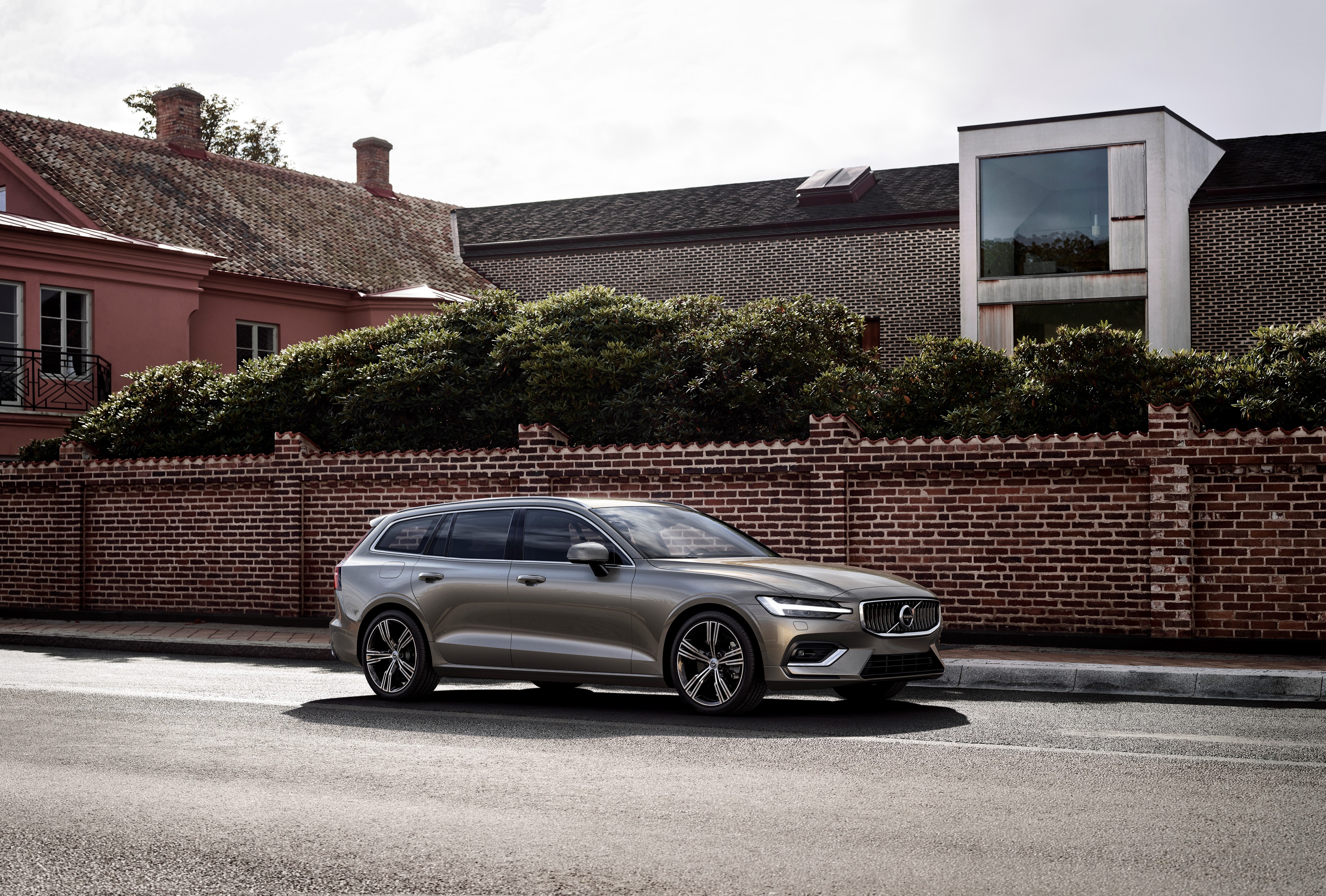 Since the launch of the new XC90 in 2015, Volvo has enjoyed something of a renaissance, which has been spearheaded by a raft of new models. These have added desirability to the brand’s usual attributes of comfort and absolute safety.

The new V60 large estate is its latest offering. You might struggle to tell it apart from the larger V90, but to our eyes that’s no bad thing at all – there are few estate cars that can turn heads like this.

As with its big brother, the V60 will be offered as a choice of either petrol or diesel. But don’t expect big six-cylinder engines, as Volvo has committed to economical four-cylinders across its range of cars.

That’s not to say the V60 will be lacking in power. It will also be offered as a plug-in hybrid, with 340hp and 390hp variants available.

On top of that, expect the usual dizzying array of Volvo safety systems, including autonomous emergency braking that can detect pedestrians, cyclists and animals, and even engage the brakes to mitigate any potential oncoming collision.