There’s no doubt about it, Apple MacBooks cost a pretty penny, and are generally far more expensive than your average laptop. But it is possible to save money if you know where to look.

Apple would point you towards its online or high street stores, where a range of customisation options and ‘Genius’ advice can help you choose the perfect model.

But while there are benefits to shopping here, you’ll often pay more. In fact, we’ve found you could save as much as £450 on the price of a MacBook if you look elsewhere. Read on for more.

Not sure which Apple laptop to buy? See our Best MacBooks guide for more.

Why buy direct from Apple?

If you’re looking for a completely customised laptop, with your choice of processor, Ram and storage options, there’s no doubt it – buying direct from Apple is the way to go. Given it’s nigh-on impossible to upgrade your Ram or storage after you’ve bought it, making sure it’s the exact right product for you is important.

For example, it’s hard to find lower-specification MacBook Pros with 16GB of Ram in retailers. If you know you’re going to need that much memory (for instance, you edit videos), it’s worth paying the extra £200 to upgrade.

The same goes for storage; most retailers don’t stock MacBook Pro models with more than 512GB of storage, and those models are typically very high-end elsewhere, making them more expensive than perhaps you’re willing to pay. Again, upgrading directly through Apple means you can get the exact computer specification you want, for a better price.

If you live near one of Apple’s retail stores, there’s a lot to be said for going in and getting hands-on and having an in-store ‘Genius’ answer all your questions. And, since you’re in the store, you’ll be able to walk away with a laptop there and then.

Apple also has a trade-in scheme, which can net you a decent payout if you have a newer Mac and are looking to replace it. All you need is your laptop’s serial number and Apple will give you an instant valuation.

Why you should choose a retailer instead

If you don’t have exacting specification needs, most of the UK’s big retailers are undercutting Apple by at least £100 on most models, as you’ll be able to see from our list of deals below. But there are other reasons to pick a third-party retailer beyond price.

Deliveries can be much faster when ordering through a third-party. For example, Currys and Argos offer same-day collection and next-day deliveries on their large range of MacBook models. Apple can only offer next-day delivery on some of its products; if you pick a combination of specifications that’s less common, you might find yourself waiting two weeks or more.

What’s more, retailers can offer unique discounts. Currys PC World will sell you a bundle of three MacBook cable adapters for £20 less than Apple, for example.

Trade-in values can be sky-high from other retailers, too. At the time of writing, Currys is offering a trade-in deal where any working laptop less than seven years old will fetch £200 off any MacBook purchase. That could allow you to buy a brand-new MacBook Air for less than £600.

Retail stores don’t sell AppleCare insurance and replacement plans, but that’s no bother. You can register your MacBook with AppleCare after you purchase it, so you don’t have to worry about not being able to buy coverage.

Now we’ve established the pros and cons, here are the best offerings for the latest MacBook models. Keep in mind that if you have a working laptop to trade-in and are able to get to a Currys PC World shop, take £200 off any Currys price mentioned, meaning you could save as much as £450. 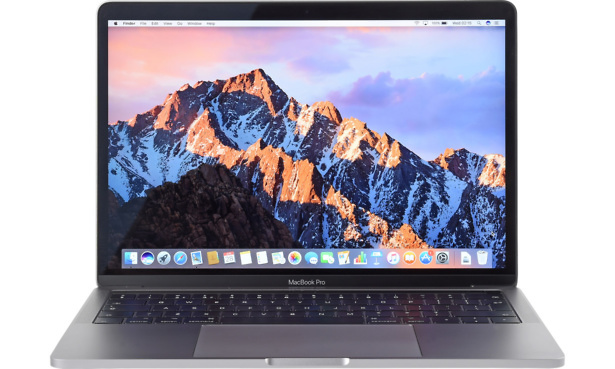 If you fancy a the touch-enabled higher-specification model, you can spend £250 less at a high-street retailer than the Apple Store. The cheapest Touch Bar model with a Core i5 processor, 256GB of storage and 8GB Ram is currently priced at £1,499, which is £250 less than Apple. Combine that with the £250 trade-in deal at Currys and that’s a whopping saving of £450.

Read our 13-inch MacBook Pro and MacBook Pro with Touch Bar reviews to see which model is right for you.

Argos, John Lewis and Currys PC World are all price-matching on the MacBook Pro 13-inch with 128GB of storage, 8GB Ram and Intel Core i5 processor. It’s currently on sale for £1,199 in these stores, £50 less than at Apple.

The same applies to the next model up: the three big high-street retailers will sell you the same model with a 256GB SSD for £1349, which is £100 less than at the Apple Store. 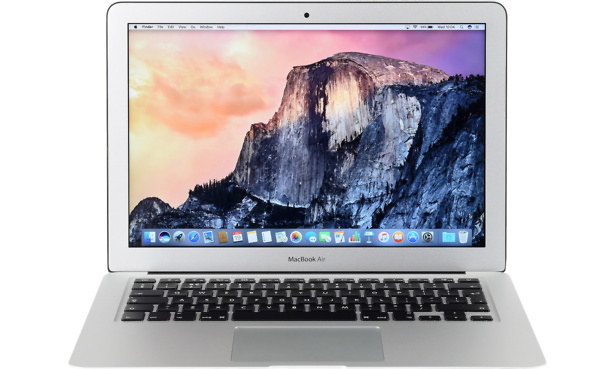 The latest 13-inch MacBook Air can be yours for £799 if you pick one up the Core a 128GB SSD model from John Lewis, Currys or Argos. That’s £150 off the Apple Store price.

Read our MacBook Air review to see if it’ll meet your needs.

Currently the 12-inch MacBook is stubbornly stuck at its Apple Store price at the UK’s major high-street retailers. By default, then, Currys PC World is the best option with its £200 trade-in offer.

Looking to save a bit more? Browse our guide to the best cheap laptops for some veritable bargains from other manufacturers.