The fourth generation Mercedes-Benz A-Class went on sale this year and has not only been deemed the safest small family car, but the overall safest car of 2018.

Meanwhile, the Hyundai Nexo scooped the safest car in class in the ‘large offroader’ category. It is also the first ever hydrogen-fuel cell car to go through Euro NCAP’s safety tests.

The Lexus ES was the third car to be named this year, and takes two honours: it’s not only the safest large family car of 2018, but the safest hybrid/electric car of 2018.

Putting a car under your Christmas tree? Here are the best cars of 2019 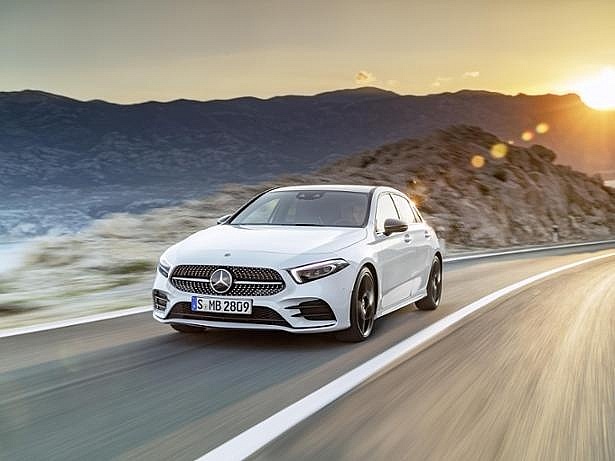 The Mercedes-Benz A-Class was close to maxing out certain areas of testing, helping it take pole position in Euro NCAP’s 2018 ratings.

It’s difficult to finds any real criticism throughout Euro NCAP’s report. Both adult and child occupants were well insulated against harmful effects of the various crash tests, and its autonomous systems should help prevent crashes in the first place.

Part of the new tests introduced in 2017/2018 assess the car’s autonomous emergency braking (AEB) systems. These should detect incidents where the brakes need to be applied. If you haven’t already applied the brakes, it will put them on for you.

And it’s not just about reacting to other cars. These systems are now tested on how well they can detect cyclists who meander into a car’s path or cut straight across it, during daytime and night.

Similar assessments are done to see how well a car can react to adult and child pedestrians who might run out in front of the car.

In the tests, the A-Class’ system was sensitive enough to avoid crashes in almost all scenarios.

The A-Class also has an active bonnet. Should the worst happen and a pedestrian is hit, sensors in the bumper will recognise this and lift the bonnet lid to try and keep the pedestrian from impacting the harder parts of the engine.

Euro NCAP tests found this worked well at a range of speeds and pedestrian positions.

Please note that the rating applies to the hatchback version of the A-Class, and not the more recent saloon version.

‘The three Best in Class award winners this year all clearly demonstrate that car-makers are striving for the highest levels of protection and that Euro NCAP’s assessments are a catalyst for these crucial safety improvements.’

How does the A-Class drive? Find out by reading our Mercedes-Benz A-Class first drive review. 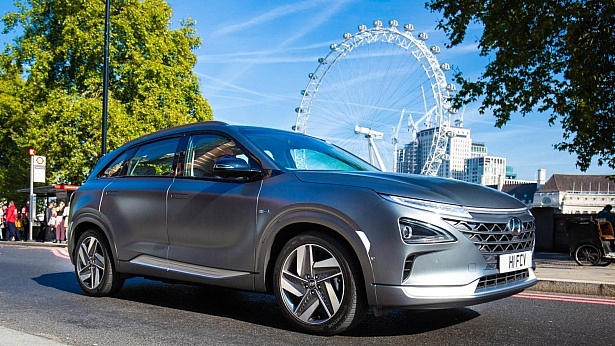 We have just lab tested the Hyundai Nexo, and early adopters of this hydrogen fuel cell car will be thrilled with the top safety credentials bestowed on it by Euro NCAP.

In a nutshell, a hydrogen-fuel cell car is filled with hydrogen which is converted to electricity, which drives the wheels.

The result means it is as smooth, silent and as nippy as an electric car. But instead of having to wait ages for it to charge, it only takes five minutes to fill at a hydrogen pump.

Also unlike an electric car, it does have an exhaust. Though the only thing that comes out of this is water.

As this is a non-polluting product, the Nexo is classified as a zero-emissions vehicle.

Technically you can drink the water that comes out the exhaust… but we’d advise you seek more conventional means for re-hydration, for convenience’s sake if nothing else.

The Nexo is the second hydrogen car we’ve lab tested, behind the Toyota Mirai. However, it’s the first hydrogen car to enter Euro NCAP’s test regime – making it all the more impressive that it’s become the safest large SUV of 2018.

Euro NCAP notes that the Nexo did an impressive job of reducing the harm to passengers, and its autonomous emergency braking (AEB) system performed well.

The Hyundai Santa Fe achieved the same overall score as the Nexo but the Sante Fe is currently subject to a safety recall.

UPDATE: You can read more about the Nexo’s safety performance, and how it did in our own tests (including how far you can travel between the sparingly few hydrogen pumps), by checking out our full Hyundai Nexo review. 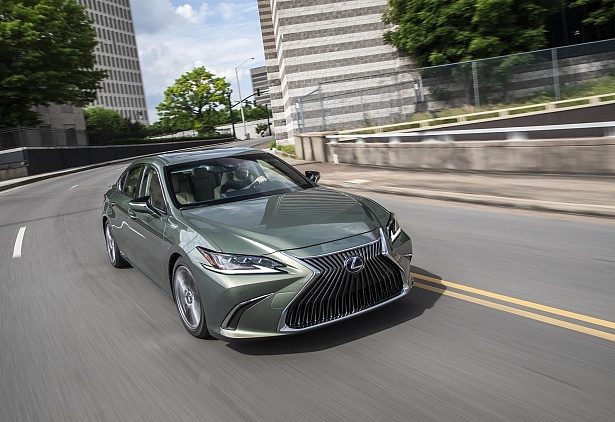 Despite the car being seven generations old, it is actually the first ES to go on sale in the UK and Europe – replacing the outgoing Lexus GS.

Euro NCAP praised the AEB systems in the car, which was good enough to react to cyclists and pedestrians.

But while the car generally did very well in impact tests, it was marked down slightly for a side curtain airbag that did not deploy correctly in a simulated side impact crash.

The overall result is still extremely impressive, and just piques cars like the Volvo S60 and V60 to take the top award.

We’ve not yet lab tested the Lexus ES. But you can see how reliable Lexus cars are and get a round-up of the brand by going to should I buy a Lexus?