Laptops are one of the most popular products to buy around Black Friday and Cyber Monday, with deals springing up at all the major online tech retailers. But how do you spot a real bargain?

Working out exactly what you want, which models tick the boxes and whether a deal is really as good as it seems can help ensure you end up with a Cyber Monday gem that’ll last for years. Read on for everything you need to know about buying a new laptop in the sales.

Browse our Best laptops to see which models impressed in our lab tests, or answer three quick questions to find your perfect laptop.

Update: our round-up of the best Black Friday and Cyber Monday laptop deals

Just want the deals? We’ve got you covered:

Work out what type of laptop you need

First, it’s important to understand what sort of a laptop you want. Our laptop personality quiz below should help you get started on deciding whether you want a Windows laptop, a Chromebook or an Apple MacBook.

Quiz: Are you a Mac, PC or a Chromebook?

Are you a Mac, PC or one of a new generation of Google Chromebook fans? Take our quiz to help you decide!

You’re best suited to a Chromebook. These lightweight machines are typically very cheap and very simple to use. As long as you don’t mind using web-based applications, you’ll be off and working in no time at all.

Your best option is a MacBook. These premium laptops are silky smooth to use and offer great performance for all sorts of tasks.

Looks like your best fit is a new Windows laptop. With such a wide variety to choose from, there’s something for all tastes in the world of Microsoft-powered laptops.

How much do you want to spend?

Which of the following do you own?

How important is Microsoft Office software to you?

Do you edit photos or videos on your laptop?

You should also take a close look at what you want to do with a laptop, as this will decide the price range you should be targeting.

For more on what to expect at different laptop price ranges, see our guide to Windows 10 laptops.

While price is a great starting point for understanding what a laptop is capable of, it’s important to look at the finer specification details before plumping for a specific model. The best way to find the right bargain is to know exactly what you’re paying for, and whether you really need it.

We have plenty of advice on hand to get you started:

Dig into the laptop deals

Just because a retailer screams about a great deal doesn’t mean it’s any good. Take a look at this deal from Currys in 2018 with its ‘Black Friday Price Now’ promotion, which arrived a week or so before Black Friday week.

The deal looks great – £220 off. But, the small print shows this laptop was only sold at full price for less than a month, between October and November. That’s not to say the new price is a bad deal, but it isn’t the huge saving you’re looking for.

This is a common Currys deal all-year round, in fact. Mid-range HP laptops are practically never sold at full price; think how it’s almost impossible to buy a takeaway pizza at full price because of deals and combos, and you get the idea. Don’t pay ‘full price’ for an HP laptop at Currys.

Also, look for price promises. Again, Currys PC World and other UK retailers run a price-matching scheme, but this isn’t always what it seems. Many laptops are exclusive to the retailer they’re found at; John Lewis stocks lots of exclusive Asus laptops while Currys has dozens of HPs that can’t be found anywhere else. Sometimes they look nearly identical to models in other retailers, but there’s normally a colour change or a subtle specification difference which means, technically, they’re not the same and thus may not be eligible for a price match.

If you can, it’s also worth checking in-store for more deals, as some branches of larger retailers may have one-off deals on ex-display models, or laptops that have been returned but otherwise work just like new.

Double up on savings by trading in

Don’t just stop at saving money on the upfront price. There are ways to save extra cash. For example, Currys PC World runs a fairly generous trade-in scheme if you want to get rid of your old laptop at the same time (as long as it’s less than seven years old).

There are some terms attached to trading in devices, including the level of damage allowed for a laptop to be considered ‘working’. If you pass the checks, you’ll get at least £50 off any laptop purchase (at the time of writing), with the offer rising to £200 if you spend more than £1,000 on an HP laptop. Alternatively, you’ll get £150 off a MacBook using the trade-in deal. Currys PC World is the most consistently available trade-in scheme, but other retailers may offer them from time to time. Alternatives include Microsoft’s trade-in scheme, which can net you up to £478 for a top-spec 2015 15-inch MacBook Pro, and Laptops Direct, which accepts working laptops running Windows 7, 8 and 10, as well as MacBooks. 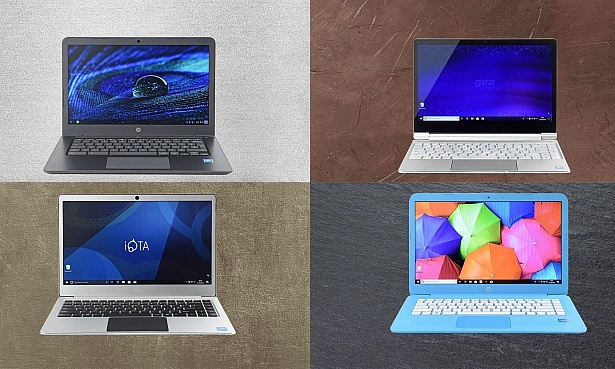 Make a shortlist of laptop models and look at brand websites

Which?’s laptop reviews index is open to anybody. If you’re a Which? member you can see full scores and reviews, but even if you’re not, you can still sort and filter laptops by price, brand and features, which will help you build a list of models that might be of interest.

Then keep an eye on models you’re interested in to see how the prices change over time. We’ve previously found deals in the traditional sales periods aren’t always better than price drops at other times of year. See our guide on how to check whether a Black Friday deal is real for more. Websites such as PriceSpy and camelcamelcamel can be helpful for tracking the prices of popular products.

It’s also worth looking at which products were discounted last year as well as those that are on discount right now in mid-November – some of the biggest savings in 2018 came on high-end products that had been superseded. Often, the best savings can come from laptop brand websites instead of retailers.

We delve into more detail in our guide to buying direct from brands, where you can read more on how shopping around could get you some surprising benefits. 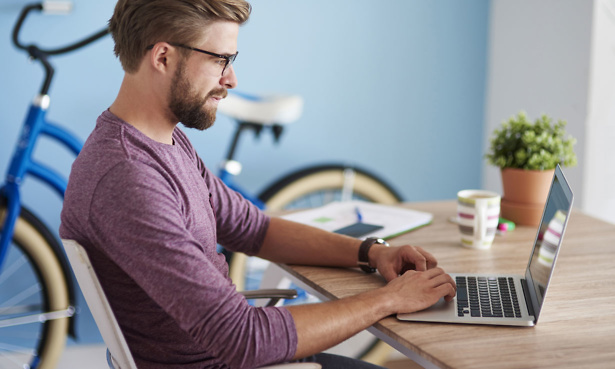 Black Friday laptop deals to keep an eye on

Armed with a bit of extra knowledge, you’re far more likely to find a real bargain. Here are a few tips as we head into the final countdown for Black Friday.

Our laptop reviews are unique. We buy every laptop we review, and each is tested in our accredited laptop laboratory. Our reviews are independent and our scores can’t be influenced by brands promising access to shiny new review kit. See how we test laptops for more.

Our list of Best Buy laptops and Don’t Buy laptops provide you with the information you need on the very best – and very worst – around.