The convenience, choice and prices offered by online marketplaces, such as Amazon and eBay, are hard to resist – especially over Black Friday and Christmas.

But we’ve found that convenience comes at the expense of safety, and so-called safeguards in place to stop dangerous products being sold aren’t working.

As part of an undercover investigation into online marketplaces we discovered how:

Our latest investigation is just the tip of the iceberg. Over the past two years we’ve reported on these dangerous products for sale on online marketplaces:

Recalled toy that could suffocate listed on Amazon

In September 2019, we signed up as a seller on Amazon Marketplace and eBay, and selected recalled and illegal products to list for sale.

We found the products that we listed for sale on the EU’s Rapex Safety Gate database, a rapid warning system used by 31 European countries which lists products that have either been recalled, withdrawn from sale or stopped at the border over safety concerns.

We created a new Amazon Marketplace listing for the Squishies cake slice toy, which was recalled in 2018 due to a risk of choking or suffocation. 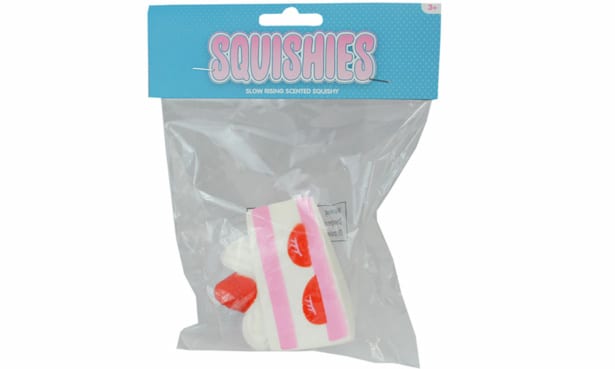 The listing included the barcode number for the toy, and even used an image taken directly from the recalls database – all designed to make it easily identifiable as a recalled product to Amazon’s technology.

Despite these easily identifiable details, the product remained live on Amazon for two weeks before we chose to remove the listing.

Shortly after closing the listing, we received an email from Amazon telling us the listing was being removed due to the alert on the Rapex database.

We checked eBay and Amazon for toy products that were registered as dangerous on Rapex. We checked back as far as alerts from 2017. 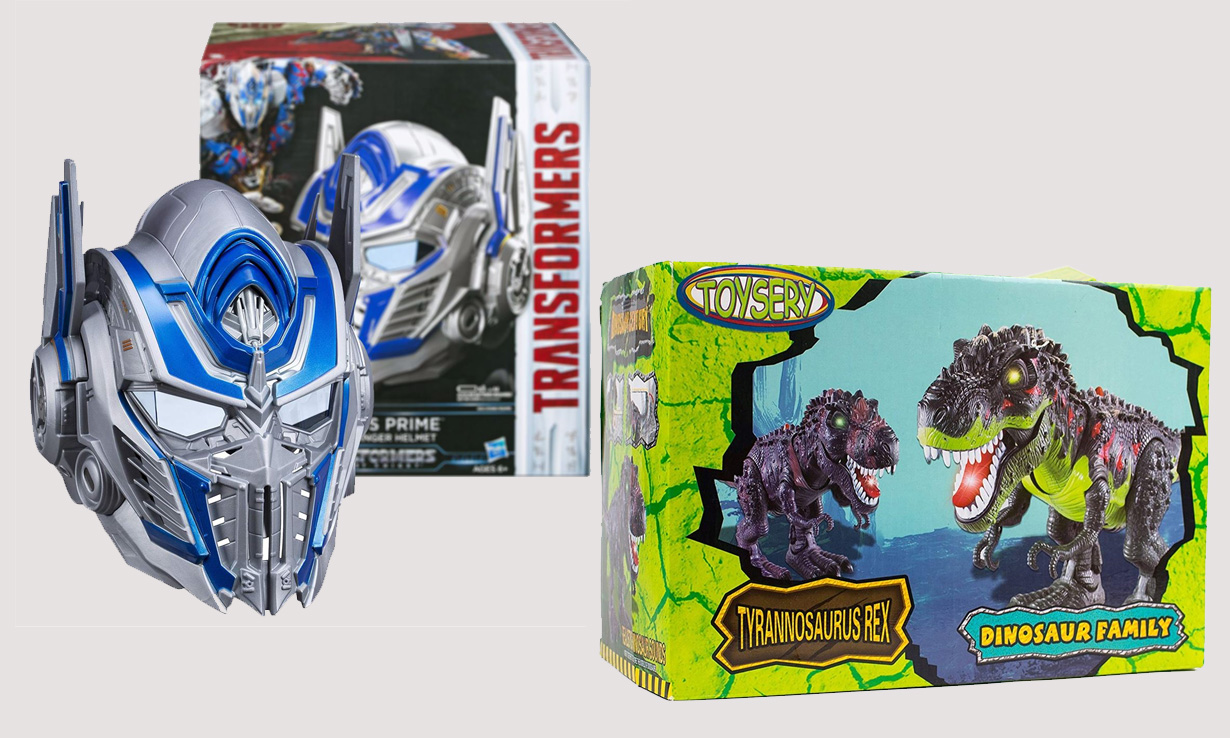 We presented eBay with 12 products – including slime toys, a Transformers helmet and cartoon helicopter, which all appeared to bear significant similarities to dangerous products – such as a shared batch or product number – and which we believed presented a potential risk to children.

The products were classified as dangerous for a range of reasons, including high levels of a toxic chemical that could damage reproductive systems, volume levels which could harm a child’s hearing, and small parts that can detach and cause a child to choke. It has now removed all 12 product listings.

We also approached Amazon with six products on the same basis. These included a magnetic building set, an inflatable swim ring and a toy drill – with the products being flagged as a safety risk for reasons such as: a risk of intestinal blockage or perforation; high levels of a chemical that could cause liver damage; and excessive levels of lead which could harm the environment.

Amazon took five of the products off sale.

Here are just some of the products we flagged to Amazon and eBbay as part of our latest investigation, that we spotted still for sale to children in November 2019: 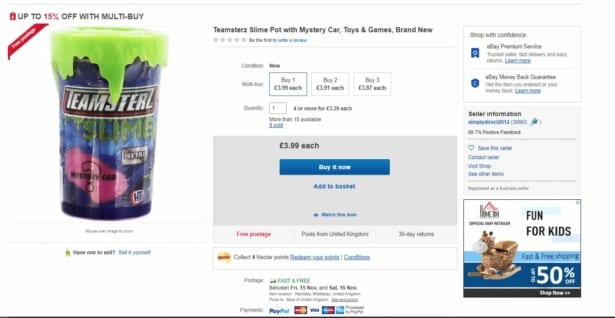 The EU safety standard specifies that toy slimes must have boron levels that fall below 300mg/kg. The Teamsterz Slime, found for sale on eBay, was recalled as it was deemed to contain more than seven times the limit (2,165mg/kg).

Despite the serious risk to the health of children, this slime was still listed for sale on eBay, including the same batch number as in the Rapex listing.

This robot mask was recalled as it was believed to pose a risk of damage to children’s hearing. But, we found a model with the exact same batch number available for sale on eBay.

This T-rex toy was recalled because it was deemed to contain an excessive amount of lead, posing a serious risk to children’s health.

Despite being found on the US Amazon Marketplace, this T-rex toy was available for shipping to the UK. It was listed with the same brand name, packaging, model number on both Amazon and Rapex.

Amazon hasn’t removed the listing for this product from the US Amazon marketplace where we spotted it, but it has told us that it has stopped the dinosaur from being shipped to the UK.

Not everyone can sell a car seat via Amazon Marketplace. You have to be approved to be able to do so. In our latest investigation, we found a loophole and successfully listed a type of car seat dubbed ‘killer’ car seats by Surrey Trading Standards back in 2014 for sale as an unapproved seller.

The car seat we listed is made from fabric, and it’s illegal to use in the UK as it’s not EU approved.

For a new car seat listing, Amazon asks you to provide evidence that the seat in question complies with the regulations in the country you’re selling in. We didn’t have this, but in a matter of minutes we were able to create our own car seat listing by duplicating that of another seller.

We weren’t asked for any proof of compliance at any stage, and our illegal car seat listing stayed live for two weeks until we chose to remove it. 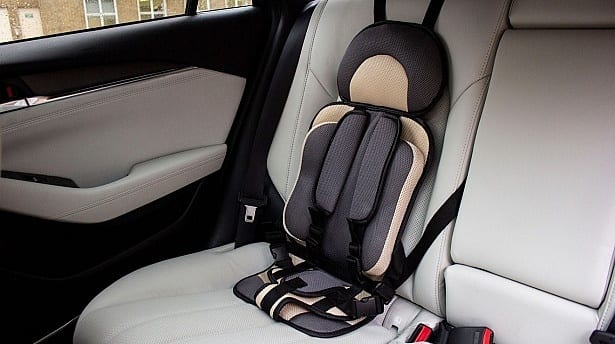 Despite the rules around selling car seats on Amazon Marketplace, we’ve repeatedly found these so-called killer material car seats for sale on the platform, as well as on other marketplace sites.

eBay thwarted our attempts to list unsafe products as part of our investigation. It removed several fake seller accounts that we created within minutes of the product listings going live.

But we know from previous research that this approach to safety is inconsistent. 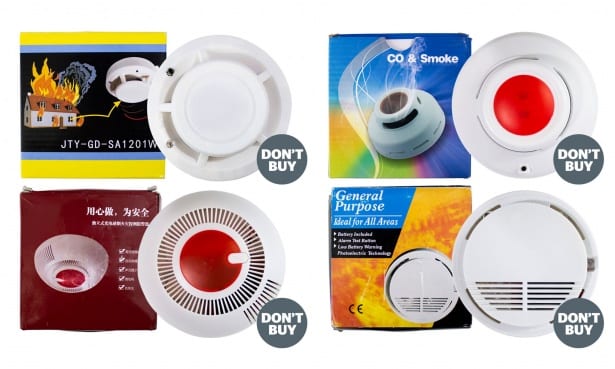 We’ve alerted eBay to hundreds of listings for dangerous smoke alarms, and on multiple occasions regarding CO alarms that have failed our testing.

Each time we’ve reported products that have failed our testing, or that have been recalled, to ebay it has removed the listings.

We found children’s toy slime on sale at Amazon Marketplace with up to four times the EU safety limit of the potentially unsafe chemical boron in July 2018. Of the 11 children’s slimes we tested, eight exceeded the limits for boron specified in the EU safety standard for toy slime.

In December 2018, two slimes sold via Amazon Marketplace and one sold via eBay failed our safety testing.

In all cases, the toy slimes that failed our testing were removed from sale by the marketplaces. 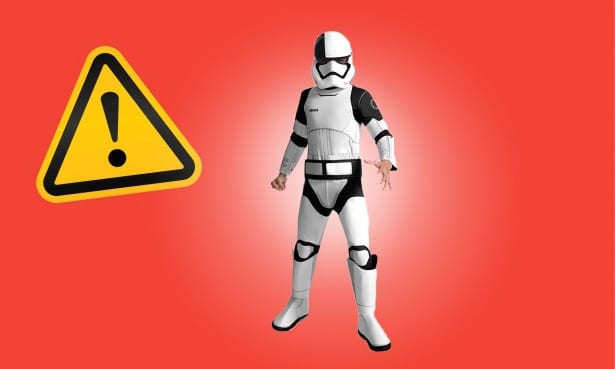 We tested 20 kids’ Halloween fancy dress outfits in October 2018, and found three that failed either the British safety standard or the British Retail Consortium (BRC) code of practice, including one from Amazon and one from eBay.

eBay removed the listing that failed both the British safety standard and the BRC code of practice.

In March 2019, we spotted a recalled flammable Star Wars outfit for sale via eBay. 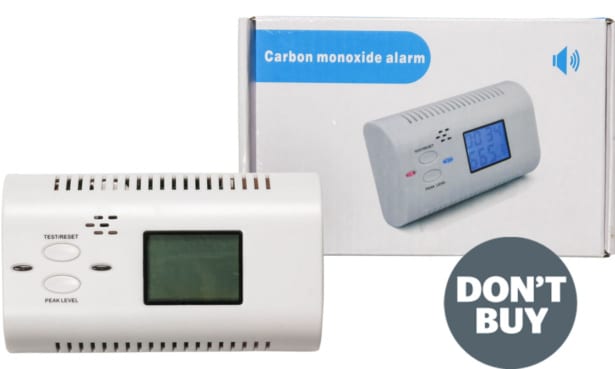 Since 2016, we’ve uncovered at least 412 dangerous CO and smoke alarms for sale on Amazon Marketplace and eBay, including in October 2018.

In October 2019, seven unbranded alarms sold via eBay failed to detect carbon monoxide reliably in our tests, and were labelled as Don’t Buys. When we searched eBay for listings selling the seven models that failed our tests, we found that they accounted for 91 of the cheapest 200 CO alarms listed. eBay removed the listings that we flagged.

At the same time, we found four unbranded smoke alarms bought from eBay that failed to detect any smoke at all in our tests.

What the online marketplaces say

Every time a product fails our tests, or we find a recalled or illegal product for sale, we tell the retailer or online marketplace.

Amazon has repeatedly told us that sellers need to follow its guidelines or face having their accounts removed.

eBay has repeatedly told us that customer safety is its number one priority, and that it works with Trading Standards to ensure that only lawful products are listed.

We shared our latest findings with Amazon and eBay. Here’s what they told us.

Amazon told us that safety is a top priority, and that its first objective is to block suspicious, unsafe, or non-compliant products from being listed. It told us that it uses proprietary technology to screen partners and block suspicious businesses, as well as to check product listings, and has teams of compliance experts that conduct manual checks.

Amazon told us that employees can pull an ‘Andon Cord’ if they receive feedback that a product is unsafe or non-compliant, which immediately triggers an investigation. If the product is found to be unsafe, it will be removed from the store.

Amazon told us that it works regularly with regulatory agencies, sharing information to identify trends, develop regulations, and determine whether actions like a recall are warranted.

eBay told us that sellers aren’t permitted to list dangerous products, and that it uses block filter algorithms to prevent unsafe products from being listed. In addition, a security team continuously patrols its marketplaces, removing listings reported by global authorities such as the US Consumer Product Safety Commission (CPSC) and Westminster Trading Standards.

While online marketplaces tell us that work is being done, it’s clear from our latest investigation that this simply isn’t going far enough – and it’s time for this to change.

We’re campaigning for online marketplaces to have:

‘We’ve exposed how Amazon and eBay are failing to take basic steps to prevent dangerous products from appearing for sale on their sites, despite claims to have strong safety systems in place.

It’s clear that consumer protections have not kept pace with the changes to the retail industry, and it is not acceptable for marketplaces to pass the buck for the responsibility of the items sold on their sites by simply pointing the finger at sellers.

The next government must make marketplaces legally responsible for preventing unsafe products from being sold on their sites, establish clearer requirements for taking down dangerous products and ensure better enforcement is in place to keep consumers safe.’

How to shop safely on online marketplaces

There are genuine bargains to be had via online marketplaces, and of course the convenience of shopping from your sofa is a major draw. But issues with product safety, and fake reviews, could make you hesitant.

Use our tips below to help you navigate online marketplaces safely.

Take extra care shopping for brands you don’t know
In both our product safety and fake reviews investigations, we’ve found plenty of problems with unknown brands or unbranded products, including with the CO and smoke alarms mentioned above.

When it comes to safety products, such as alarms, avoid unbranded products. If you can see a brand name, type it into a search engine to see whether you can find a website or any extra information relating to the brand .

Check seller profiles
If you’re keen to do your due diligence before you buy – especially important for toys or safety products – check out the seller profile.

Things you might be wary of here are foreign seller locations, strange business names or a lack of contact details.

Read the reviews
We’ve raised the issue with customer reviews on online marketplaces, but it’s still a good idea to scan the reviews to look for anything suspicious, such as images or reports of malfunctioning products.

Check the returns policy
There’s comfort in knowing that if you don’t like a purchase, you can always exchange it or get a refund.

Although you have extra protections when shopping online, it isn’t always the case when buying specific products or purchasing from a private individual such as a seller on eBay or Amazon Marketplace.

It’s also good to find out how much they will charge you for shipping a return. We’ve heard from Which? members who tried to return products bought via an online marketplace only to find that the return shipping cost was more than the original cost of the item.