TalkTalk is to raise broadband prices for many of its home broadband and landline customers from next month – and it’s planning to write future increases into contracts.

This follows last month’s news that Sky will also raise some prices from April. Both providers are in the process of contacting affected customers.

How are TalkTalk’s prices changing?

TalkTalk hasn’t detailed all of its planned price hikes, but has said that the prices of two of its popular broadband deals will change from April 1 2021. Fast Broadband and Faster Fibre will increase by a maximum of £2 per month, unless customers are on TalkTalk’s ‘Fixed Price Plus’ tariff.

It suggests the price of some of its other broadband and landline add-ons may also change, but that no customer’s price will rise by more than £3 a month.

Annual price rises on the way

But that’s not where the price rises end. TalkTalk has also said that it will apply annual price rises to its broadband deals from April 2022. The increase will be the rate of inflation, plus 3.7%.

TalkTalk is by no means the first provider to institute such a policy – BT and EE Broadband do it too. But this does mark a change in approach – TalkTalk previously promised not to increase the price of broadband deals for the length of its customers’ contracts.

Customers who are considered vulnerable by TalkTalk will be exempt from both sets of price rises.

If you’re affected by this year’s price rises, Ofcom rules mean you’re free to quit your deal with TalkTalk – you’ll just need to do so within 30 days of receiving the notification that your price is increasing.

However, because TalkTalk is changing its terms and conditions to include next year’s price increases, in-contract customers won’t be able to avoid them. 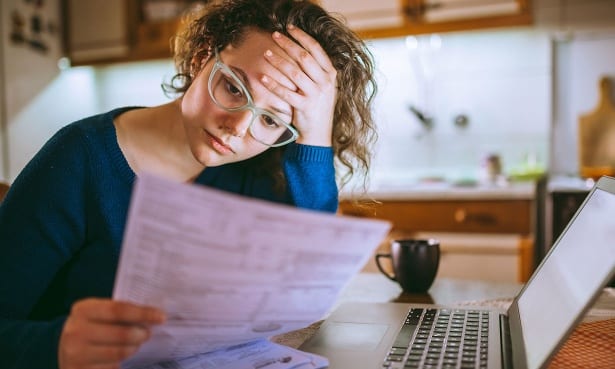 What to do if your broadband price is going up

If you’re affected and feel unhappy with the increased price of your broadband package, you have two options: switch or haggle.

If you find it tricky choosing between different deals, use our broadband provider reviews to find out how satisfied customers of each provider are with its broadband speed, connection reliability and customer service.

Luckily, the process of switching broadband is a simple one – learn more in our guide on how to switch broadband provider.

If you’re happy with the service you get from TalkTalk, you can use these price rises as an opportunity to haggle. This can sound daunting, but the majority of those who try it are successful – and most say it’s easy, too. For a step by step guide on how to do it read our tips on how to haggle for the best broadband deal.

Our research has shown that loyal broadband customers are likely to pay more for their broadband than customers who regularly switch or haggle – this is thanks to a combination of price rises and the higher tariffs charged when customers are out of contract.

Our analysis of broadband deals has shown that the increase in cost from an introductory offer to a standard (out of contract) tariff can be as high as 90%. Staying in-contract is an easy way to ensure you’re paying a reasonable price.

But if you do negotiate a new fixed-term contract with TalkTalk, keep in mind your price will now increase by at least 3.7% each year, as per its new terms and conditions.