While it's still unclear exactly what our trading relationship will be with the EU in the future, here we take a look at how the availability, price and quality of the food on our shelves could be affected.

The UK will leave the European Union on 31 January 2020. We'll then enter a 'transition period' that's likely to last until the end of December 2020.

If agreement on a new relationship has been reached, future arrangements will depend on the terms of that agreement. If there is no agreement – and the period of transition is not extended – the UK would again face a potential ‘no deal’ scenario at that point.

In the latest Which? Consumer Insight tracker (November 2019) 59% of consumers told us they are worried about food prices.

Where does our food and drink come from?

Currently in the UK we produce around half of the food we eat and 30% is imported from the EU. A further 11% comes from non-EU countries under trade deals negotiated by the EU.

However, the quantity we produce varies depending on the type of food: we produce 80% of the beef and cheese we eat, 93% of green peas and 97% of potatoes.

But there are some foods that we don’t or can’t produce:

Which foods will be more expensive after Brexit?

At the moment none, unless there are fluctuations in currency.

Currently all imports from the EU are not subject to any tariffs; they are traded freely. This includes French cheeses, Italian meats, tomatoes from the Netherlands or beef from Ireland. This will continue until at least the end of the year.

If we can't negotiate new trade deals in time, all trade will default to World Trade Organisation (WTO) terms when the transition period ends. This means that imported and exported food will incur tariffs (a tax), and the same tariffs have to apply to all countries.

Food traded between the UK and other EU countries isn't subject to these tariffs while we are an EU member - or in the transition period -  but after that, it could be and this could mean some price hikes for some imported food products from the EU.

If the UK applies lower tariffs to imports from other countries, it could mean the price of some foods could drop, but could also mean that the choice of UK products is affected if UK producers are undercut by cheaper imports.

What could happen at borders?

At the moment, nothing will change for the transition period. However, after we leave the EU extra checks will be introduced at borders.

Will food standards stay the same?

Which? research shows consumers do not want lower food standards, even if it means cheaper food.

Countries that have been identified as priorities for future trade deals, such as the US, Australia, New Zealand and Japan, have different standards to the UK - and in some cases, this means lower standards. The UK could be under pressure to accept food produced to lower standards in order to reach deals as many other products and services will also be part of the negotiations.

Lowering food standards could mean less protection for consumers including in terms of food safety, quality or animal welfare.

Lowering food standards on imported foods could also leave UK producers struggling to compete with food produced to lower standards and as such lower cost. This could result in UK producers going out of business, and experts have said once we lose breeds of animal or farming capabilities it will be very hard to restore them to current levels.

Could no deal Brexit still happen?

A no deal Brexit will only happen if we haven't reached an agreement with the EU by the end of December 2020 and the transition period isn't extended.

This would result in the UK leaving the EU without a withdrawal agreement. It means we will no longer be part of the single market and customs union, and food (and everything else) can’t be freely traded between the UK and EU.

It will also mean that some of the 40 trade deals that the UK currently has with other countries as an EU member will come to an end, unless we can negotiate carrying them over or negotiate new ones.

More on food and Brexit

How will Brexit affect my consumer rights
What do I do if food I own or have eaten is recalled
Are concerns around chlorinated chicken valid?
All guides about food and Brexit 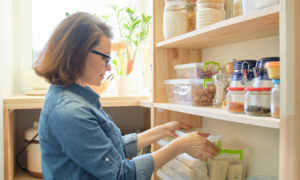 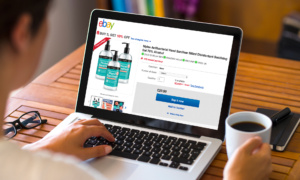 More on food and Brexit

How will Brexit affect my consumer rights
What do I do if food I own or have eaten is recalled
Are concerns around chlorinated chicken valid?
All guides about food and Brexit